It's been a bit quiet here over the past few weeks as my coursework for uni has been taking up nearly every waking minute and ounce of energy. Fortunately, the workload has been slightly lighter than the demoralising crushing perma-crunch-time that was the first semester - it's bad when you're staring at a blank screen a 3:30am for the nth day in a row with several 50% projects due later that week (but with several of these still "pending")! However, the timetable this term has been hellish for me in that it nicely destroys all my long established work patterns, leaving me with barely any "useable/useful" chunks of time to actually get stuff done. Add onto this an unseasonably wet August, where it's been chilly and raining nearly continuously for 3 weeks (NOTE: even though it's winter here, by August, the weather is usually starting to warm up to spring-like conditions, and sunny most of the time). Argh!

Anyways, enough ranting... Read on for some more pretty pics taken over the past month.

In early August (4th), one of the quake damaged towers in town was demolished by implosion (aka they "blew it up" fireworks-style): 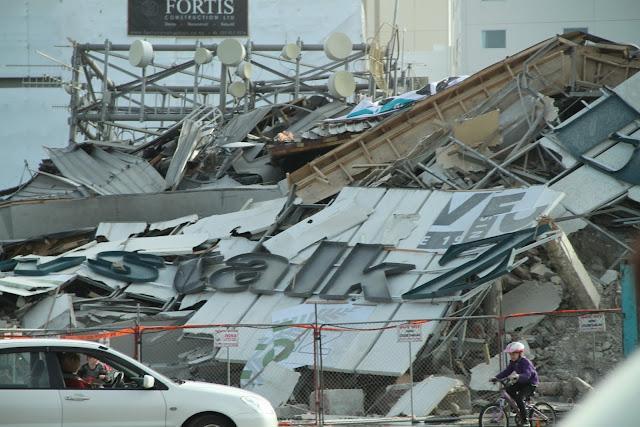 Apparently, this was the first time they had ever blown up a building here in New Zealand (news story with video)... No wonder it was never considered as an option when demolishing the other 80% of the CBD (or they were perhaps a bit too optimistic back then that they wouldn't bowl so many "old dungers"). Either way, yay! Explosive deconstructions ftw!

Staying with the post-quakes theme: 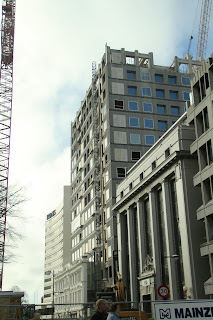 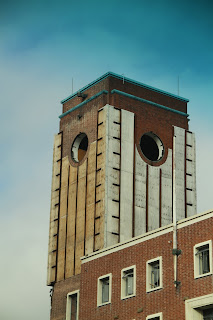 The demolition of the "Clarendon Tower" (left) is underway) using the slow and labour-intensive technique of cutting it up into tiny little pieces and lifting those away. Beside it, the Public Trust building (fate unknown) was one of the buildings in town that, as a kid I quite liked as it was one of the few buildings around with a solid "city" feel to it.

On the right, the demolition of the Science Alive building started this week. Here they've just removed the clock from the tower. It's sad to see this go - I remember having lunch at the mall across the road one day (chicken nuggets and chips with a milkshake served in one of those tall paper cups with a giraffe on the side), and watching the firemen performing some kind of drill where they were abseiling down the tower.

Last week when the weather finally started to clear, a neighbour's cat started spending a lot of time around our place. It'd be waiting for us to come home, sprinting across the road gleefully as it saw us approaching the driveway and opening the gate, and responding with a resounding "neh!" everytime we tried to get it to leave before we backed the car out. Consequently, I managed to get quite a few shots of the furball - compared to birds and fish, cats are easy "general" targets, though catching specific expressions is still a challenge! 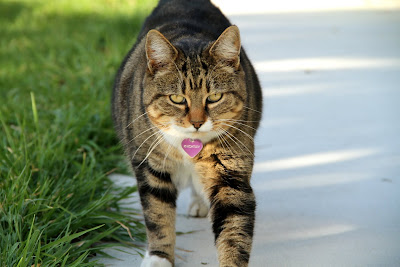 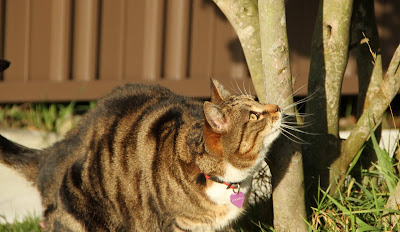 Intrigued (off camera, a flower is playfully flying towards him) 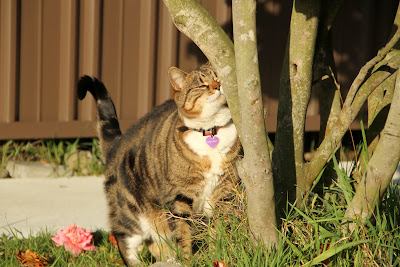 Scent marking - the primary activity of this cat, second to noisely gnawing on blades of grass, and leisurely dozing off in flower pots 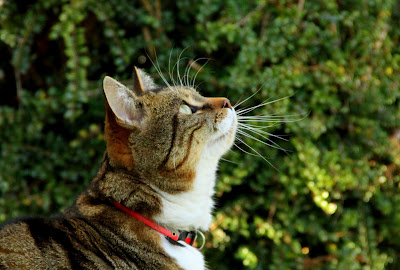 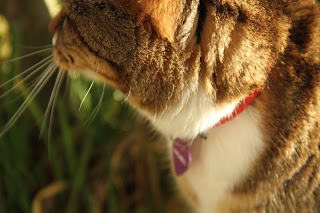 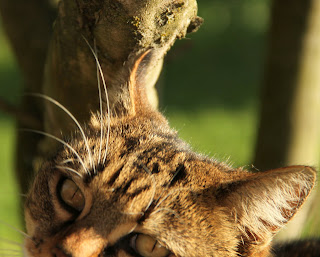 A walk on the wild side... maaaaarrrrroooooow!


I also managed to get a few elusive head-shots: 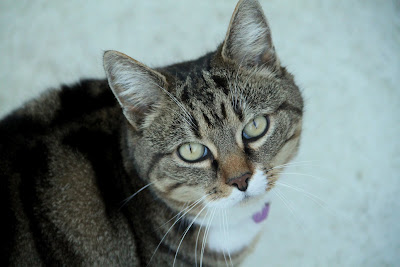 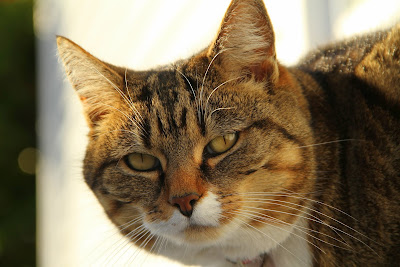 "Mwahaha... Humans... World domination is mine for the taking" 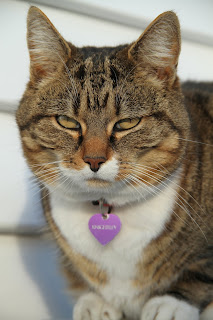 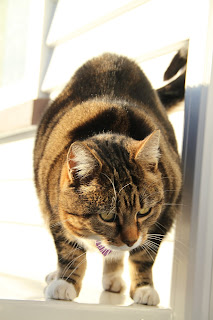 LEFT: "Whaddya mean get off my heat pump? It's my heat pump. Miiineee."
RIGHT: "How do I get off this thing? Is it safe to jump? Those cacti look a bit painful to land on..." 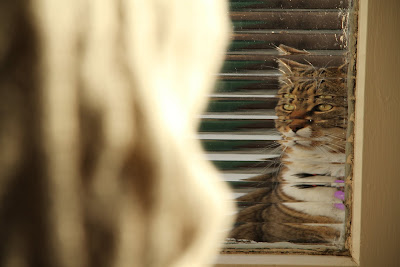 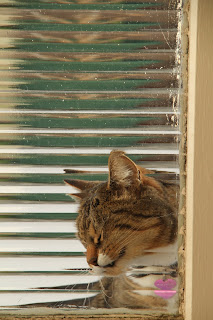 "Eeeerrrrrrhhhh! Why won't this budge?!"

An unfortunate side effect of all this attention (and scent marking) though was it gave some of the other cats in the neighbourhood the wrong ideas. Specifically, a jet-black puss with little white paws. For three days, starting in the middle of the night (just after I'd finally called it a day and had collapsed into bed), a certain furball in heat decided to make our garden its private red-light district. Periodically and rather loudly, it would make a racket with its "aaahh.. aaaahh... aaaahh..." vocalisations. I'm not sure whether it'd do these standing up and wandering around, lying on its side, or even belly up, as, despite it making its advances at various points around the house, I never ended up seeing it "in the act" so to speak. Anyways, by the end of those three days, it must've been getting quite desperate, as it was still going strong and with increased frequency, albeit growing fainter with time. Apparently none of the other felines around the block were interested ;)

It's one thing to hear these noises during the day... but totally NOT okay after a long day while trying to fall asleep. Argh!

From furballs to fish! For a long time, I've been trying to get some nice shots of my goldfish to use as a replacement wallpaper. The current one I'm using was taken a few years ago with a crappy camera, and has some image quality flaws, but compositionally speaking, it's one of the best I've got so far. Last week, I finally came close to this goal at last... 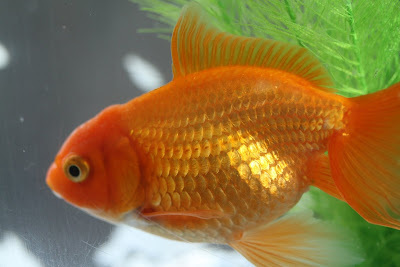 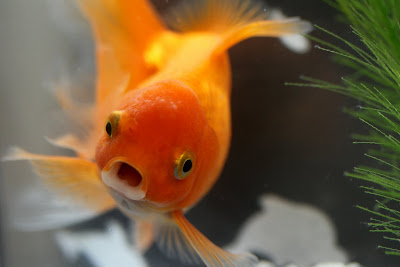 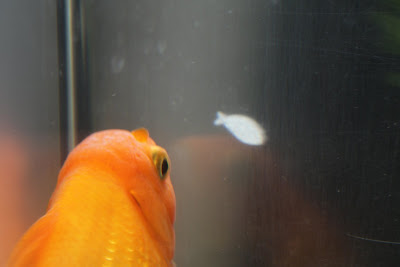 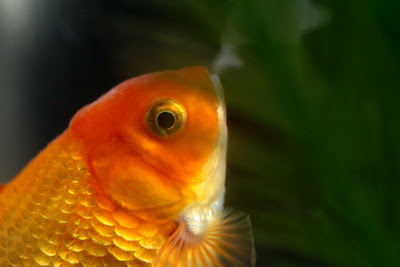 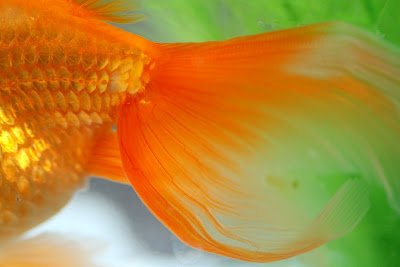 Unfortunately, these are still not that suitable, since most of the interesting detail in these ends up getting covered up by the large grid of icons I've got splayed across the left half of the screen. Pity, as some of these were quite promising.

The annual Post Graduate student talks were held at the end of last week (one week earlier than I had expected! :/). During one of the breaks, I finally managed to head over to the Ilam Homestead gardens for the first time in as many months. It was great getting out and about for a nice quiet nature walk - enclosed in the bush, it's easy to forget about all the pending deadlines and whatnot of modern life. I also found that spring had sprung... (or just about) 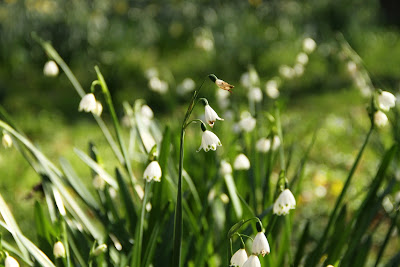 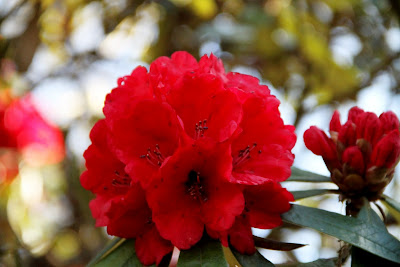 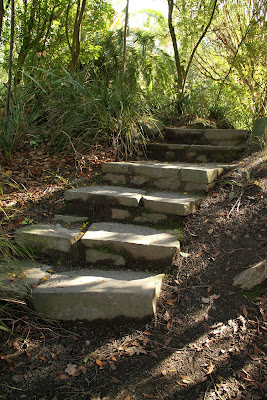 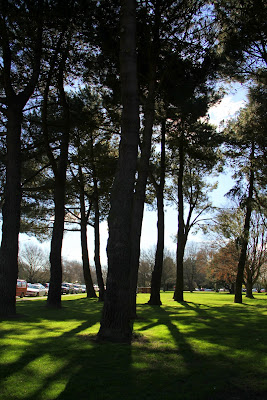 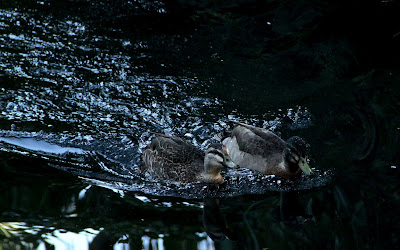 For the first time in months, I also caught sight of a few silvereyes. But gee... the silvereyes living there were fast! Perhaps it had something to do with all those red flowers they've been dining off ;) 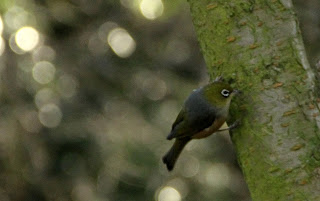 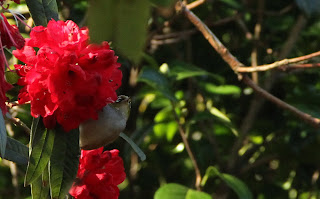 Finally, a few days ago, I finally took the plunge and grabbed myself a new toy... 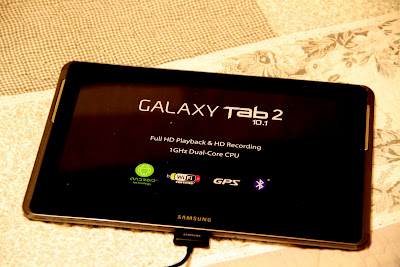 Now, to figure out how to get some Blender builds on here to have a bit of a play sometime. Hehehe ;)
Posted by Aligorith at 11:30 PM