Over the past few weeks, I've been working on various tools and tweaks to make it a bit easier to track down problems with drivers. I'll start with the latest and most visible addition, before showing off some of the less visible things...

1) Driver Value Indicators
In r.55489, I've just committed a way of showing the relationship between the "driver value" (i.e. result of the stuff in NKEY panel) and the values applied to properties being driven (i.e. sliders). This is shown in the screenshot below: 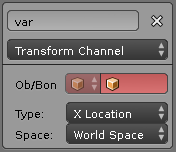 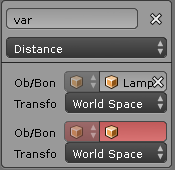 Of course, these are not all of the errors that can occur here, though they give a good taste of what's expected here. Also, although it might still help to have explanations about the exact cause of the errors in each case, these indicators already go a long way towards making things better by already showing where the errors are/were detected.
Posted by Aligorith at 4:24 PM