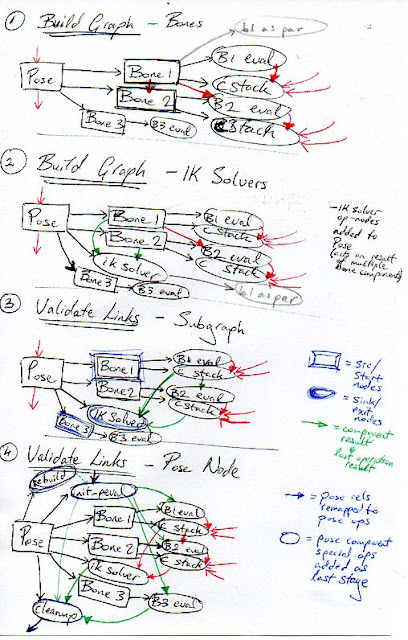 In this diagram:
Hopefully this provides a bit of a taste for what exactly needs to go on when building the graphs.

With an impending paper deadline in a few weeks, Blender-hacking time has nearly completely dried up at the moment. Unfortunately, it's looking increasingly likely that I probably won't get around to doing any further major work on depsgraph stuff again until late November/December, when the current set of paper-submission and admin commitments for my research work have all been attended to.
Posted by Aligorith at 5:58 PM