It's taken a few weeks to finalise, but today Blender 2.70 has finally been released at last! Among other things, this release includes features developed for Caminandes 2, and the first round of changes made by the UI team. 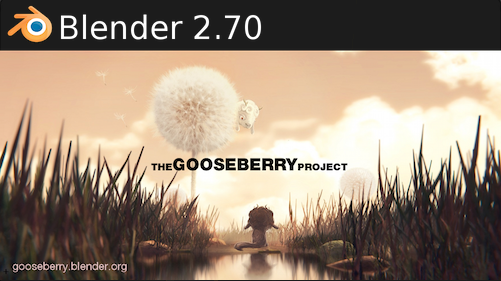 In this post, I'll be taking a customary look at the new features and changes introduced for animators and riggers in this release.

Highlights
1) Depsgraph - Multithreaded object update
The depsgraph now has multithreading support, allowing multiple objects to be updated at the same time (provided all dependencies are met, and said computer has sufficient computing power). In scenes with many separate objects which aren't all dependent on each other, this should provide some speed boosts during animation playback and also when waiting for updates after making some changes.

What this does NOT do however is:
- resolve any of the cyclic dependency problems and granularity of relationship problems,
- reduce the time it takes to evaluate a single heavy object (e.g. simulation, heavy geometry, many particles) - though if you have several of these in your scene, there may be an overall improvement if other objects can be evaluated in parallel with the heaviest object, saving time
- reduce the time it takes for any particular editing tool to do its job (though for some involving many recalculations of the scene there may be some gains), or
- resolve OpenGL related drawing bottlenecks.

2) Selecting groups in animation editors selects corresponding bones (r60823)
This release heralds the return of this convenience feature, courtesy of the Camindandes project. 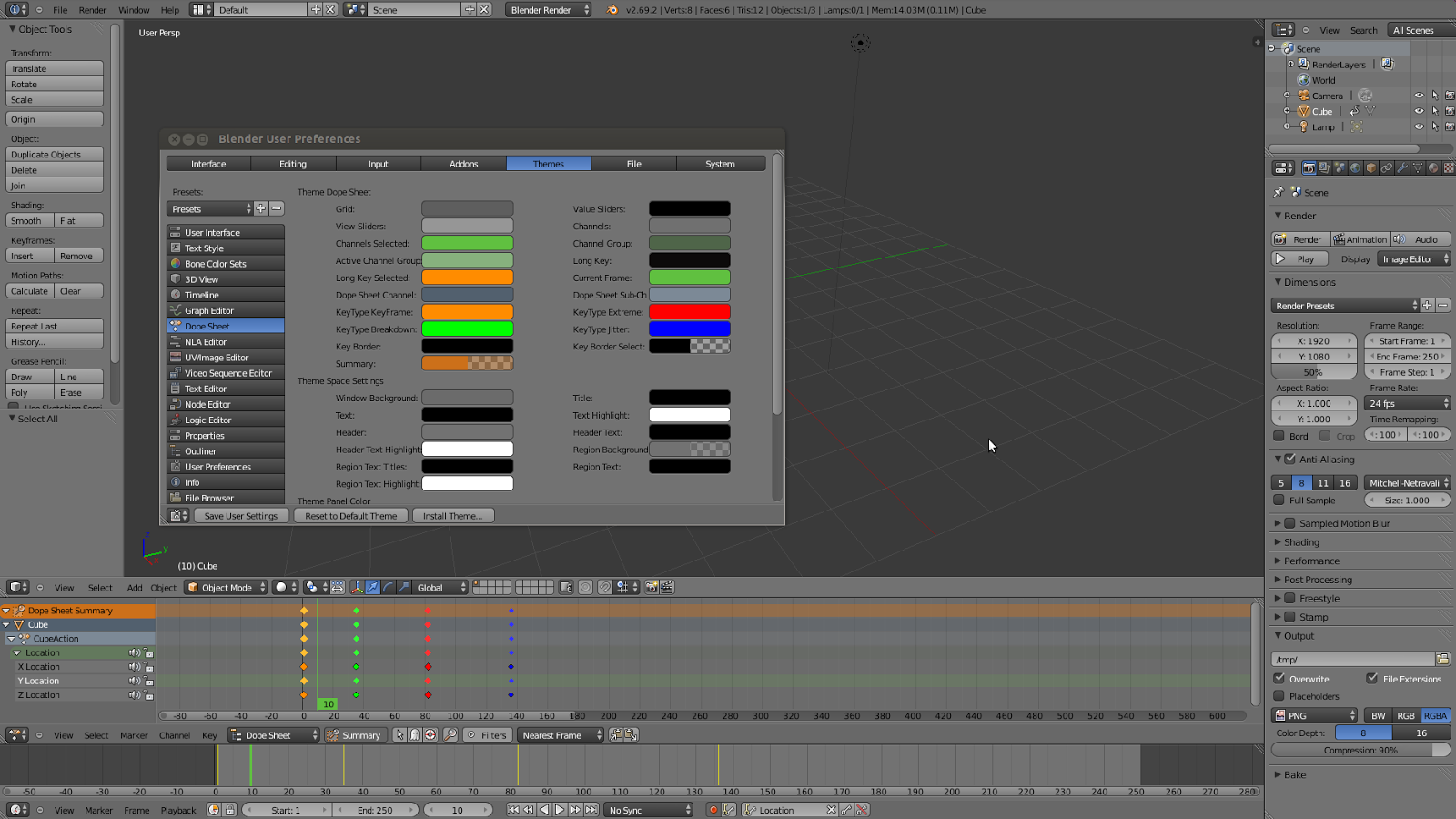 Now you can tweak the colours used for each keyframe type (and also the border colours used) to better suit your theme or to make them more easily visible.

4) "Normalised" display option for F-Curves in Graph Editor (r60999)
When working with location and rotation F-Curves, the differences in scale can often make it difficult to tweak and polish the handles on different keyframes at the same time. When enabled, this new feature (courtesy of the Caminandes project) scales down all F-Curves so that they are all scaled down to fit between -1 and 1 (vertically).

5) Time offset option for Noise FModifier
FCurve Noise Modifer now has an extra float property which offsets the noise in time. This is useful for creating follow through in procedurally animated noise.

For example, if you've used a noise modifier on a parent bone to add additional movement, a quick and easy way to add overlapping motion is to create copies of that modifier on its children, and then offset the time those curves play at.


6) Build Modifier "Reverse" Option (5c74ac2c2a)
This is useful for making a set of dupli-objects gradually disappear. Instead of starting from 0 verts/faces, this option causes the build modifier to start with 100% and ending with 0%. 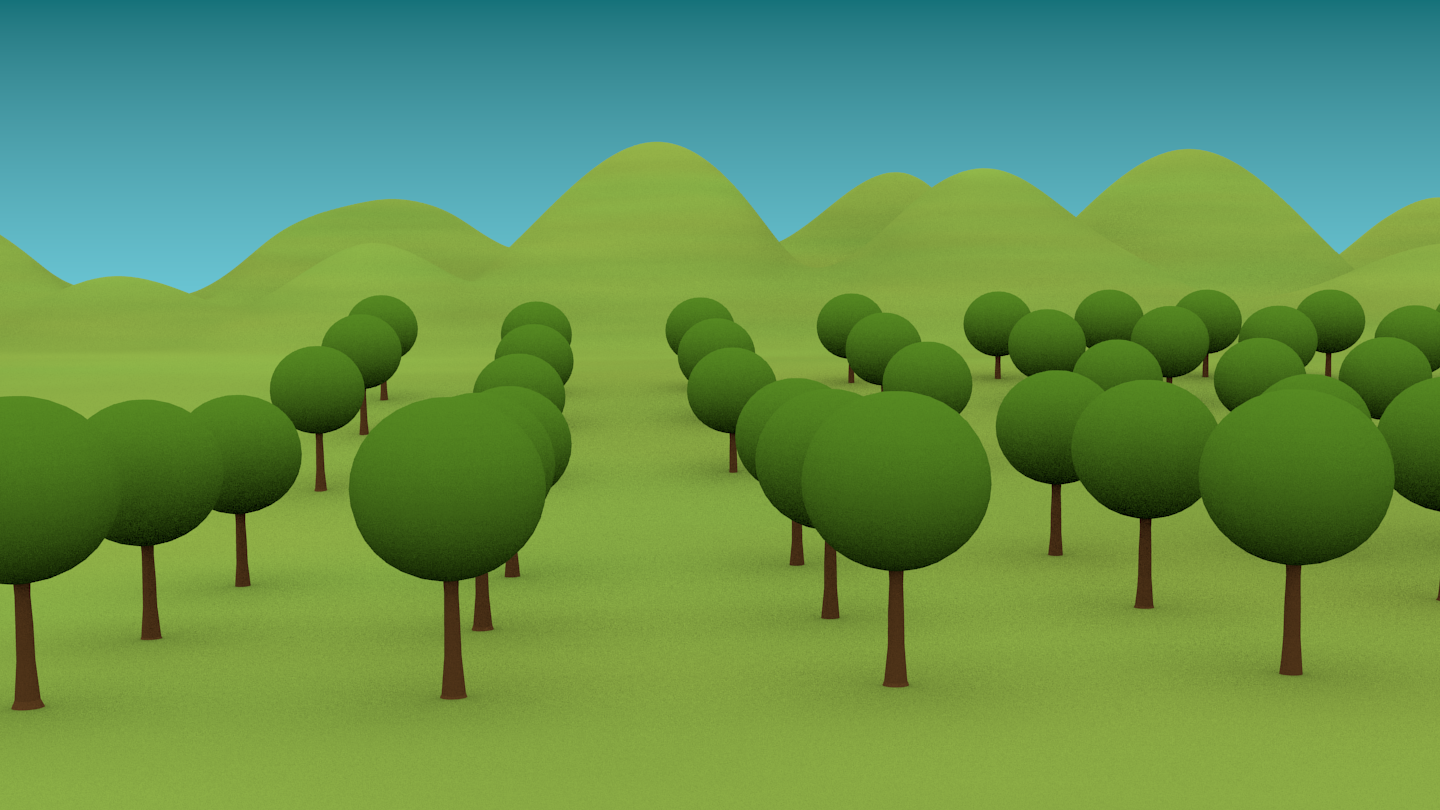 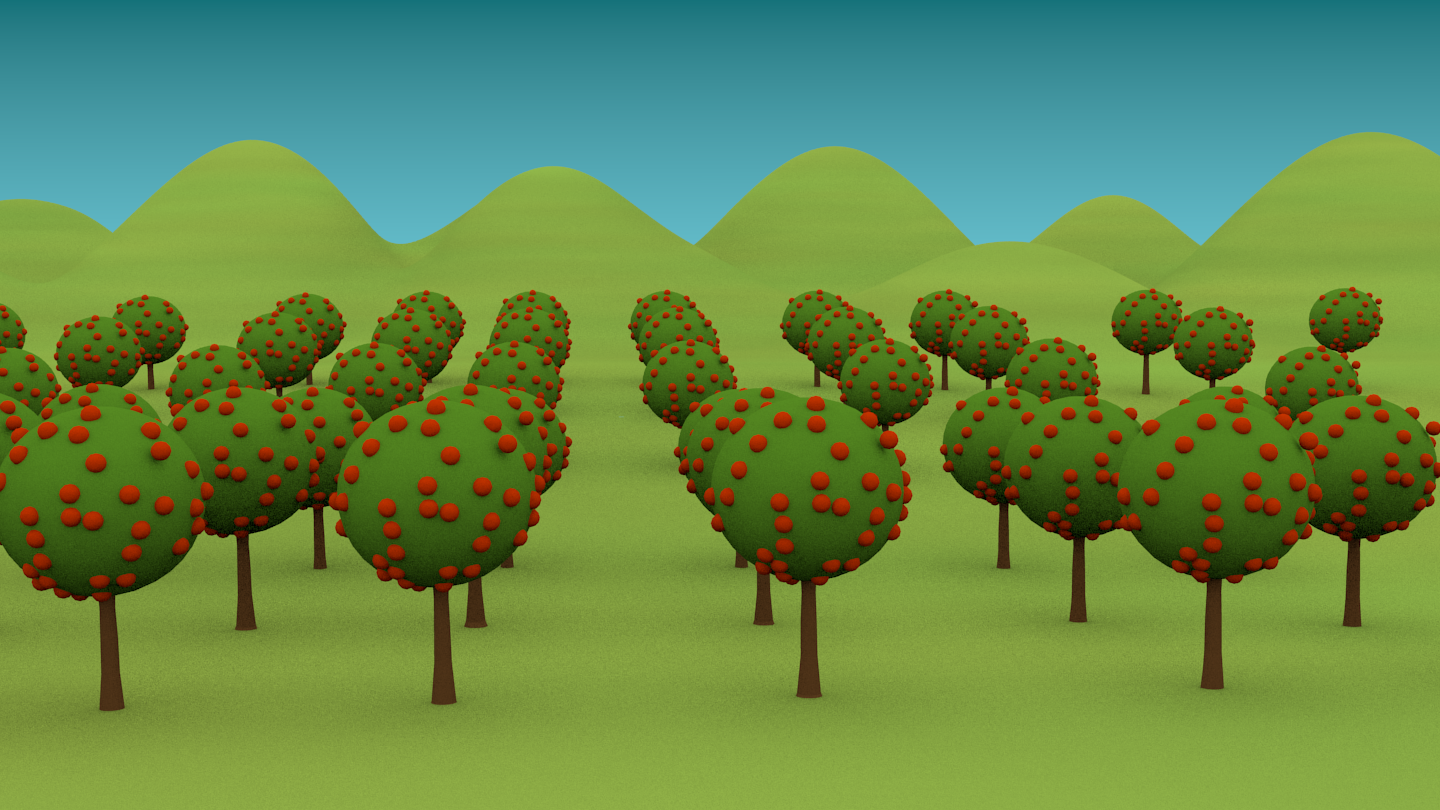 Other (Smaller) Changes
1) Grease Pencil - Ability to set a default colour that will be used for all new layers (r61159)
2) Armatures - Bone layers with active bones get highlighted as for objects  (4ea79fc)
3) UI: Jump to Next/Previous Marker operators can be found in the timeline marker menu
Posted by Aligorith at 12:53 PM