In response to the concerns of users in the community (yes, we year you! Loud and clear :), I have ended up prioritizing looking into this, even at the expense of other even bigger issues that also need addressing. 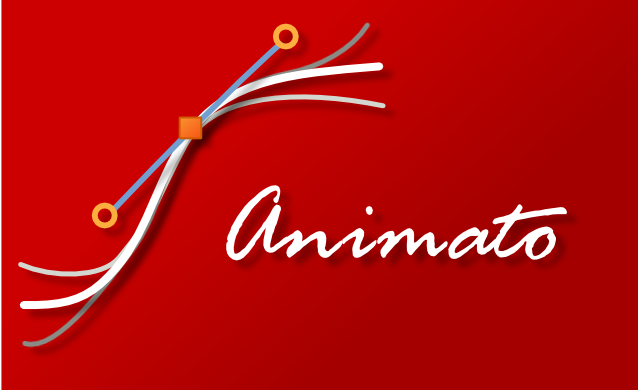 Here is a quick overview of some of the efforts in motion now to address this matter.


1) The Situation
As is well known established by now, a lot of (predominantly but probably not exclusively) game animators are (very, very(?)) unhappy about the way that Action datablocks in Blender are managed following some changes during GSoc 2011 and released as part of 2.60, The change in question was that actions were no longer created with Fake Users by default. This was done for good reasons (outlined here), but repeated/rephrased again here:
1.1) The Changing Face of the NLA, and The Roles of "Action Libraries"
A secondary factor here for removing the fake users by default was that I was attempting to help bed in some workflow changes for how people go about working with the NLA and Actions. Previously, the NLA workflow was heavily tilted towards creating up libraries of actions, which were then added to the NLA stack (*1).

This action-library based approach to NLA usage is probably not that bad in and of itself (and indeed, can be useful for smaller studios to quickly block out TV pilots/storyboards quickly), except that between this and the confusing/ambiguous relationship between NLA and Actions, it gave rise to a peculiar workflow: Once they started using the NLA, animators have to create new "blank strips" - strips that were given new + empty actions, with the strips provisionally given a length of 100 (or was it 250 frames) - and would have to create these before they started animating in those cases.

The main issue with that NLA workflow though was that, between the automatic sync-strip-settings-on-every edit, and the code used to calculate how to scale and repeat the keyframes to reflect the strip's offsets, there would be destructive cycles where all the keyframes would get smooshed into a time range of 0.0001 frames (or something even more ridiculous) with a scale factor of 1 and lots of zeros! At one point, I was seeing a few new cases every other day!

That's why, the 2.5 design really pushed to focus on the "animation layering" view of using something like the NLA, versus raw "strip recombination". A less-clear focus on layering would almost certainly have lead to animators trying to carry over the damned "add then extend" mindset, with the assumption that the same old broken behaviours still exist. (*2)

In case you haven't see this post on how the relationship between the NLA stack and Actions is supposed to work, here's a quick summary of the "ground rules":

1.2) The Problems:
However, as a result of not setting fake users by default, users were starting to lose "action library" actions (i.e. orphaned/unused actions), as they were getting cleared away by Blender's "garbage-collection" mechanism for unused datablocks. This particular issue has been discussed to death already, so I will not elaborate further too much on this. Suffice to say - if a datablock had no users, Blender would not save that datablock's data, and the next time the file was loaded, the data would be gone. Technically-speaking, the key advantage of this approach was that it saves us from having issues where you might forcibly remove a datablock from the file, but because we somehow failed to pick up on the linkage, Blender will now segfault when it tries to access the now dead link. (The file reload step will nuke any such problems in the bud, as if there are any such dangling refs, they will not resolve - part of the deal with loading files is that you have to check every single link possible at that point - so we can easily defuse the situation there. Doing this on a live in-memory DB hooked up to tools and UI however is to play with fire).

The central thrust of the complaints is this: Apparently, the notion of taking the time to tell Blender about your intentions - that you do intend to keep a datablock around for later uses is in fact too error prone, even when that shading artists have had to be doing this when building up material libraries over the years with much less fanfare. IMO, it would seem rather obvious that if you're going to go to all that effort crafting something that you're going to be at least a bit paranoid/less-trusting that the computer will do something without being commanded to. (On this point, I should note that it's an important lesson to learn in general. For example, the auto backup/syncing things that Dropbox and co. do is IMO a disaster waiting to happen, and is why I stick to manual "push when I say push" systems, as you're only one dropped connected + scrambled/mistimed record sync away from having it think that the "without" state on the other end is the intended state, and it goes through and deletes your data).

Anyways, on this point, I now see that indeed, a more automated mechanism is needed to make these kinds of connections between actions and the things they were created for. Apart from this, there are other reasons that have convinced me that this is needed (but, it should be noted, strengthened why IMO Fake Users are absolutely not the answer - to suggest otherwise is silly). Namely, it seems that a large number of users have the notion that: "I created Action X for Object Y. Therefore, Blender should know that this action is related to the object I created it for!"... This mindset manifests in the following ways:
The point is NOT that fake users are the magic antidote to this. (In fact, evidence is that they were directly responsible for masking a plethora of bugs, inconsistencies, and also preventing us from figuring out why some rigs would occasionally load up with missing actions or py constraints back in the 2.4x days when linking them into other files). The real point is that we need some mechanism for making Blender aware of the kind of links which users make, and which they assume the program also makes (but isn't)!

2.1) Normal everyday "hero character" CA, or normal animation
Keyframes are inserted. Only a single action is used per datablock, per shot/scene.

2.2) Layered Character Animation
1. A rough animation pass is created for the character. This is "pushed down" onto the NLA Stack.
2. A second pass is then animated on top of the first. This is then "pushed down" onto the NLA Stack, on top of the first layer. The two layers now build up.
3. ... More layers are added like this ...
4. At any point, you can go back and edit a prior layer. To do so, you enter tweakmode on the layer in question, and we roll back the stack (i.e. disable all tracks above the action being tweaked) so that we're back to editing that layer only, as if it were the top of the stack again

3) Solutions
3.1) Action Libraries
A few years back, we got a patch to introduce "Action Libraries" for hanging on to the various actions created/being assigned to a datablock. At the time, implementation-wise, this patch required quite a few changes to be suitable for inclusion. It also mixed in some preview-range functionality too (more on this in a sec).

The idea here was that every time an action was created or assigned to that datablock, the Action Library on that datablock would take note of this, and keep an entry about this for later. Thus, now we would have the linkages that everyone expects, and Blender will not delete those Actions unless users specifically unlink them from these Action Libraries (thus making them unwanted orphans, which the garbage collection will gladly purge).

So, why hasn't this been included yet? Well, between feature freezes (to get the bug count down), other stuff that needed to be developed, a lack of time on my part to do much active dev at that point, it was clear that reviewing the patch would require a lot of careful reading of the code to make sure that each place it did stuff it didn't screw things up in subtle ways. I did recently start seriously chipping away at this, and have a local branch with some of this work in progress.

(*) Regarding the preview range additions, these were mainly around keeping the preview range synced with whatever action was active, so that editing these stored actions would be more fluent. However, the implementation here was a bit on the "too hacky" side, along with being mixed in with the rest of the patch.

(*) Now, regarding the version I've been working on - I plan to make this a datablock which can be linked into other files, making it easier to bring in a whole bunch of related actions into other files. This for instance would be useful when dealing with Pose Libraries - you could have one for facials, one for hands, and one for body, instead of having them all in one. There are still some issues to resolve with that idea though.


3.2) Stashing Actions in the NLA
In the meantime, the growing chorus for some change here was building momentum. It was clear that the action libraries plan could still take a while to settle, but something needed to be done in the interim.

This lead to the idea of taking advantage of the NLA instead in the interim. There are the following benefits of doing this:
The downsides though are:

Here are some screenshots:

Via the NLA - Going back over already-created actions (i.e. toggle solo on the relevant track) and checking them (i.e. entering tweakmode on the strip in question)

For more details about this, see the release notes on the wiki.


4) What's Done, and What's Coming Up Next?
Currently in master:
What's coming after the release (when we have more time):
Further down the track:

Posted by Aligorith at 4:43 AM