This month, the fruit on the Strawberry Dogwood trees we've got growing in our garden finally ripened, attracting the silvereyes back to our garden again after several months away. Notice I said trees (in the plural). In previous years, we only had the big one beside the driveway. This year, one of that tree's descendents finally started producing fruit too, after growing in an old recycling bin for the past 3-5 years! Seeing as this young tree is a lot more mobile, we moved it closer to the house/windows at the start of the month, and began to wait. Today, the waiting was over! 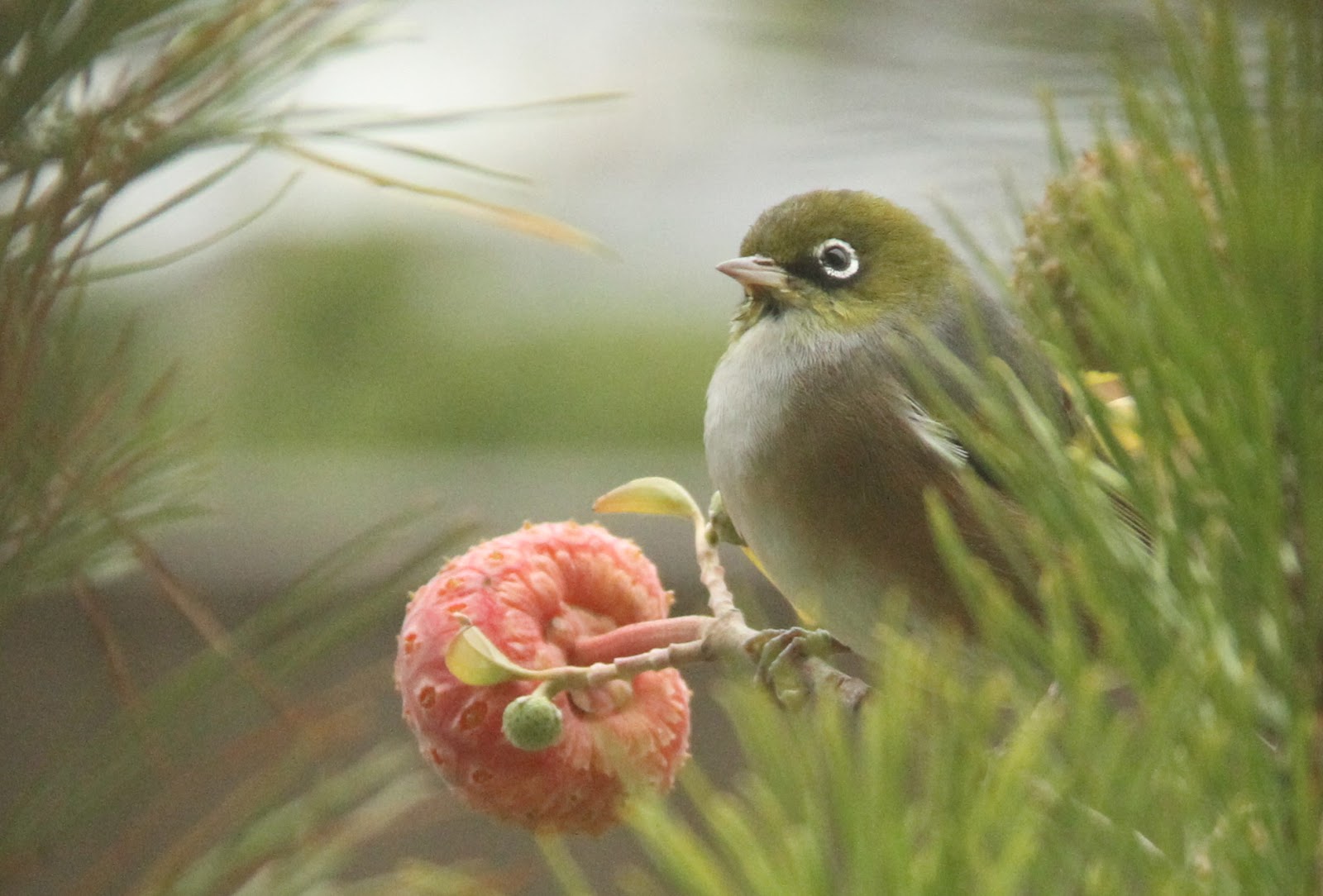 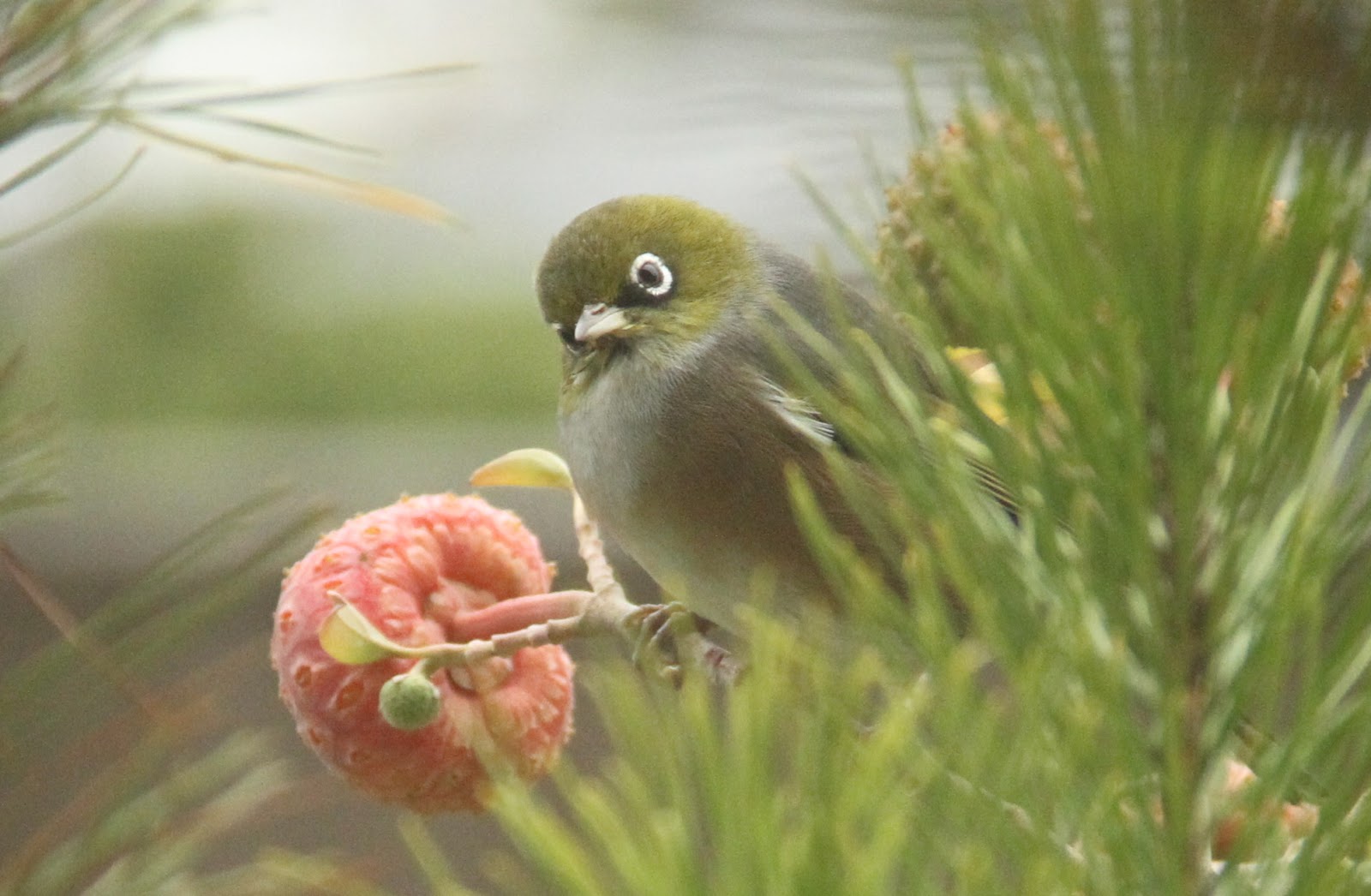 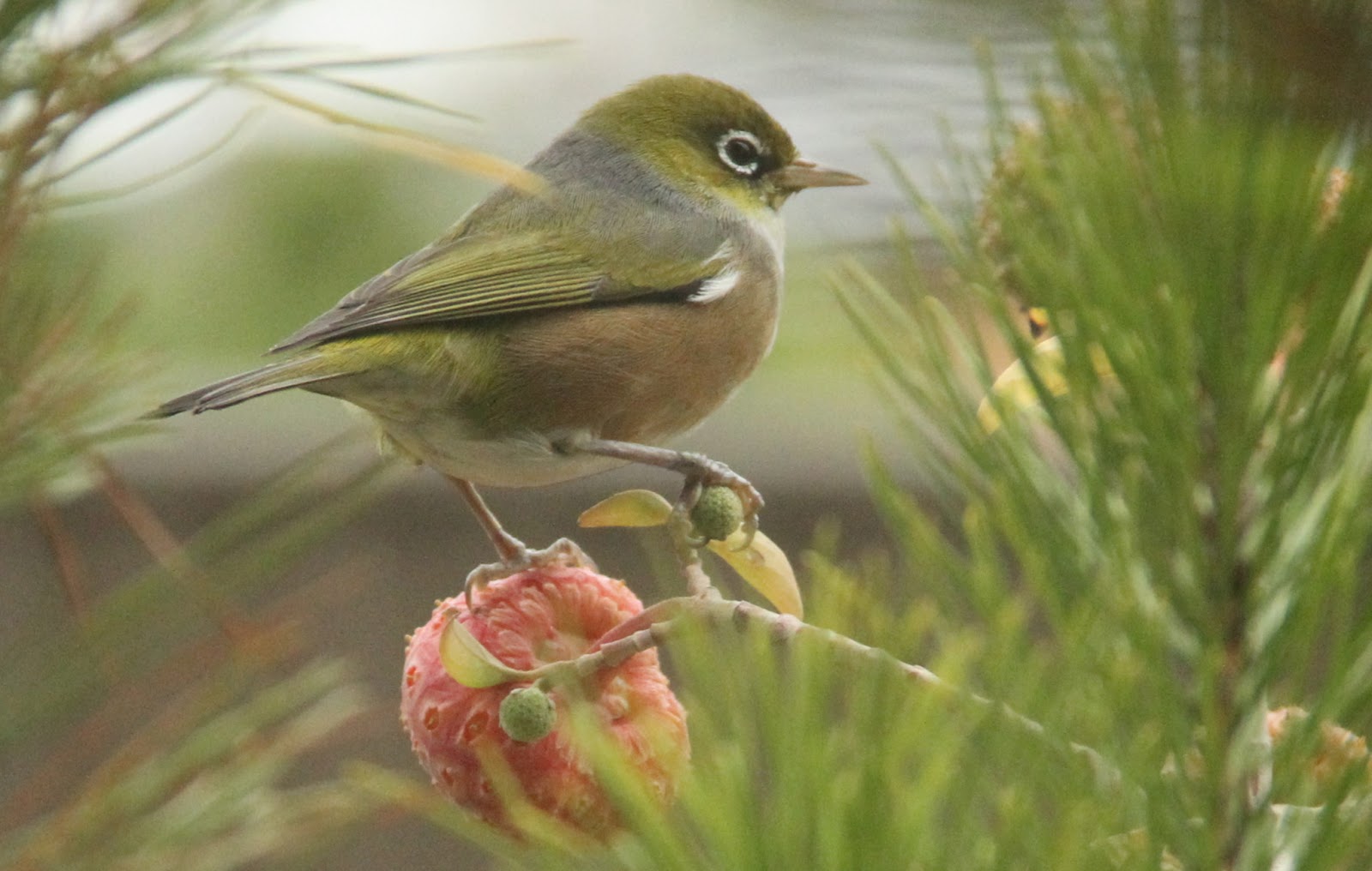 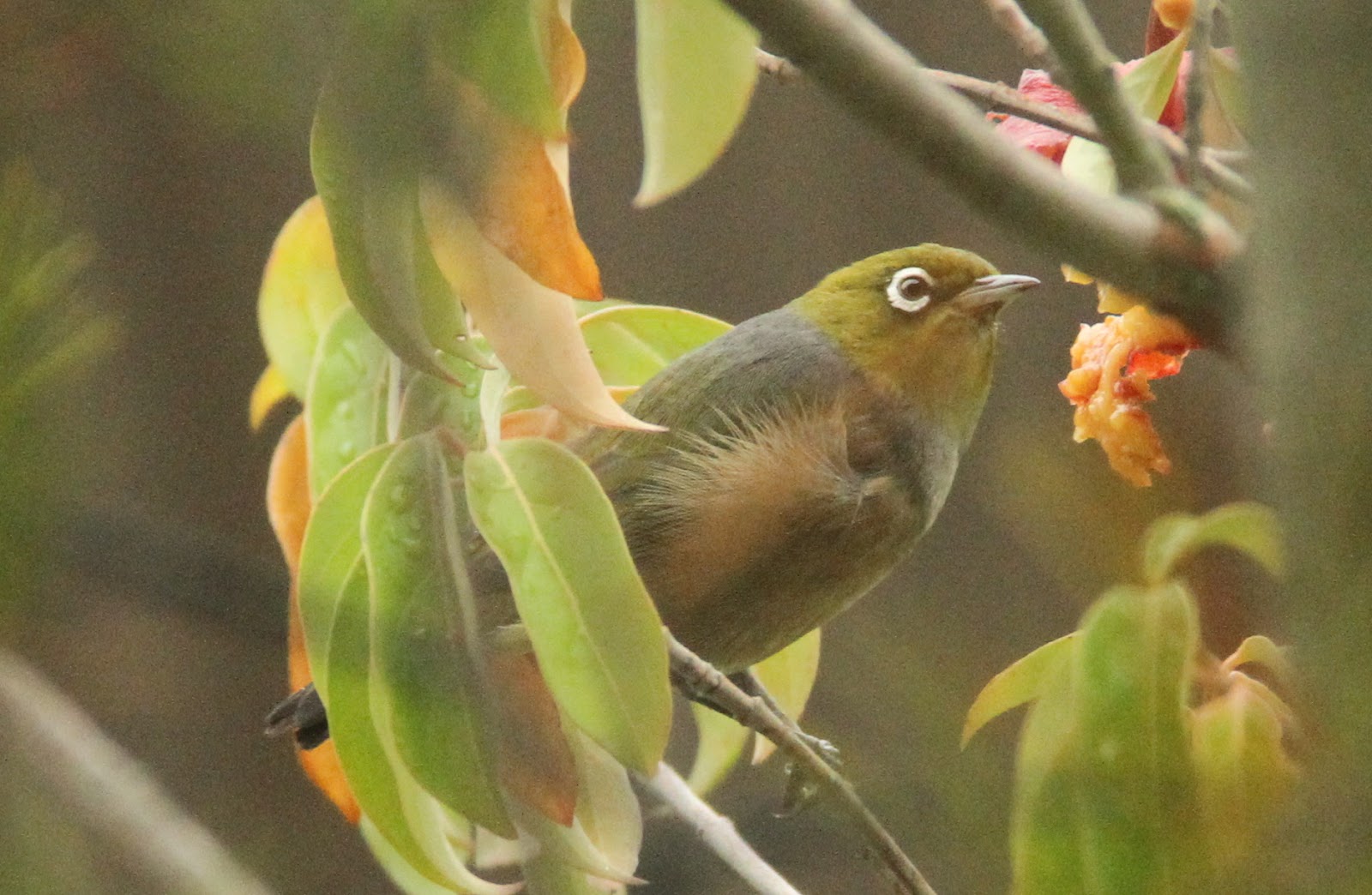 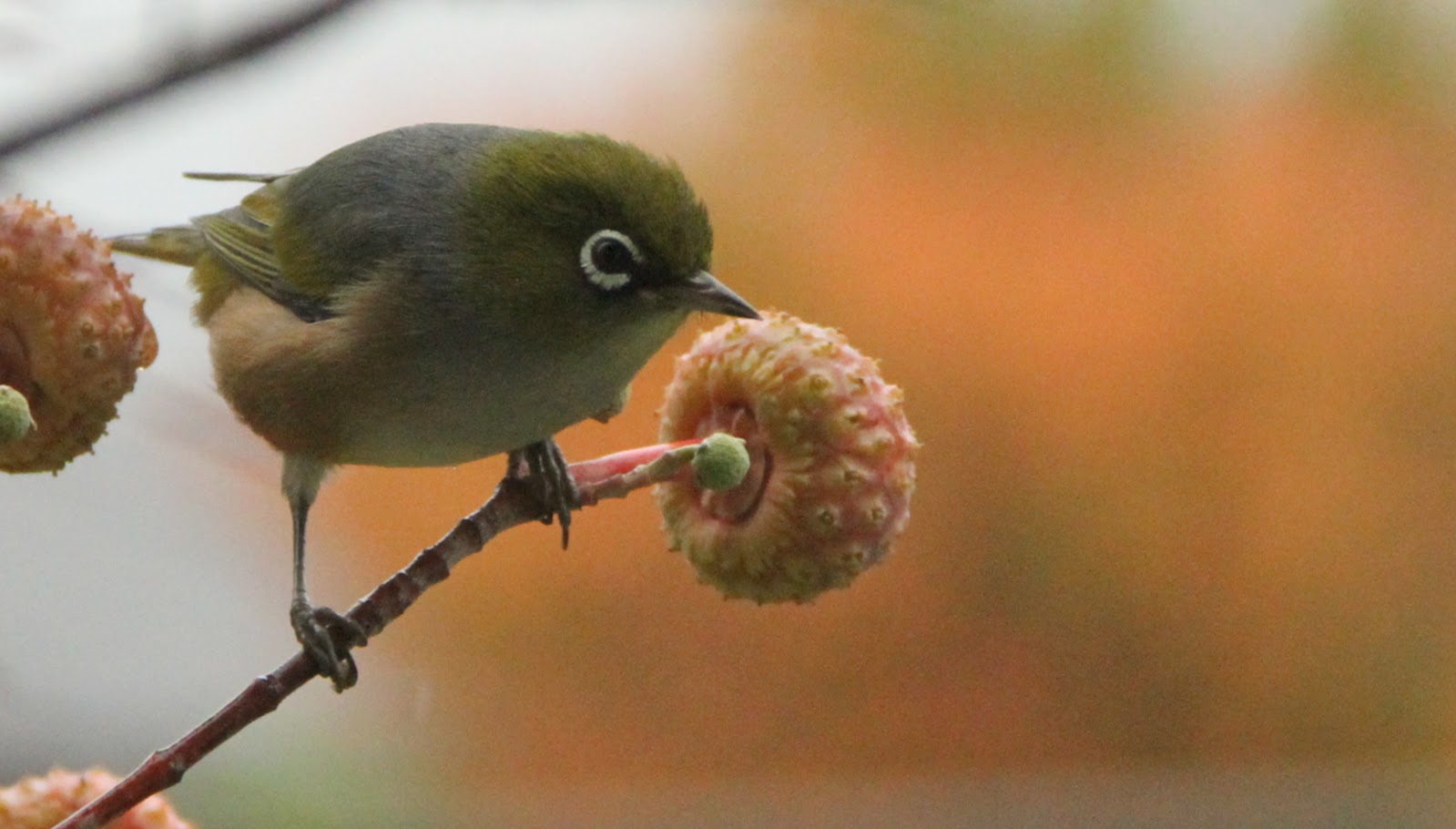 Awww...  aren't they cute! It's been interesting seeing the social dynamics of this group: there's "Napoleon" (i.e. the one up top) which got the berries up the top, "Fluffy" (i.e. the one with the patch of brown fluff who was feasting vigorously on the berries around the middle of the tree by stretching, tugging, and chomping on them from a perch nearby), and a third one who takes the upper left corner (above Fluffy). From time to time, there were a host of other birds also - totally 7-8 IIRC, who would sporadically show up, and take any remaining spots. Oh, and of the 8, one of them was a nice plump ball.

As they were so close, I managed to get quite a bit of footage of them feasting too (in addition to these shots). I'm planning on uploading those sometime (when I get time from all the other things I'm up to currently). Until then, let's just say that Fluffy's dining antics were entertaining to say the least :)

"Napoleon"
I gave this silvereye this nickname due to the stately pose that it struck perched on top of and beside a pair of berries. 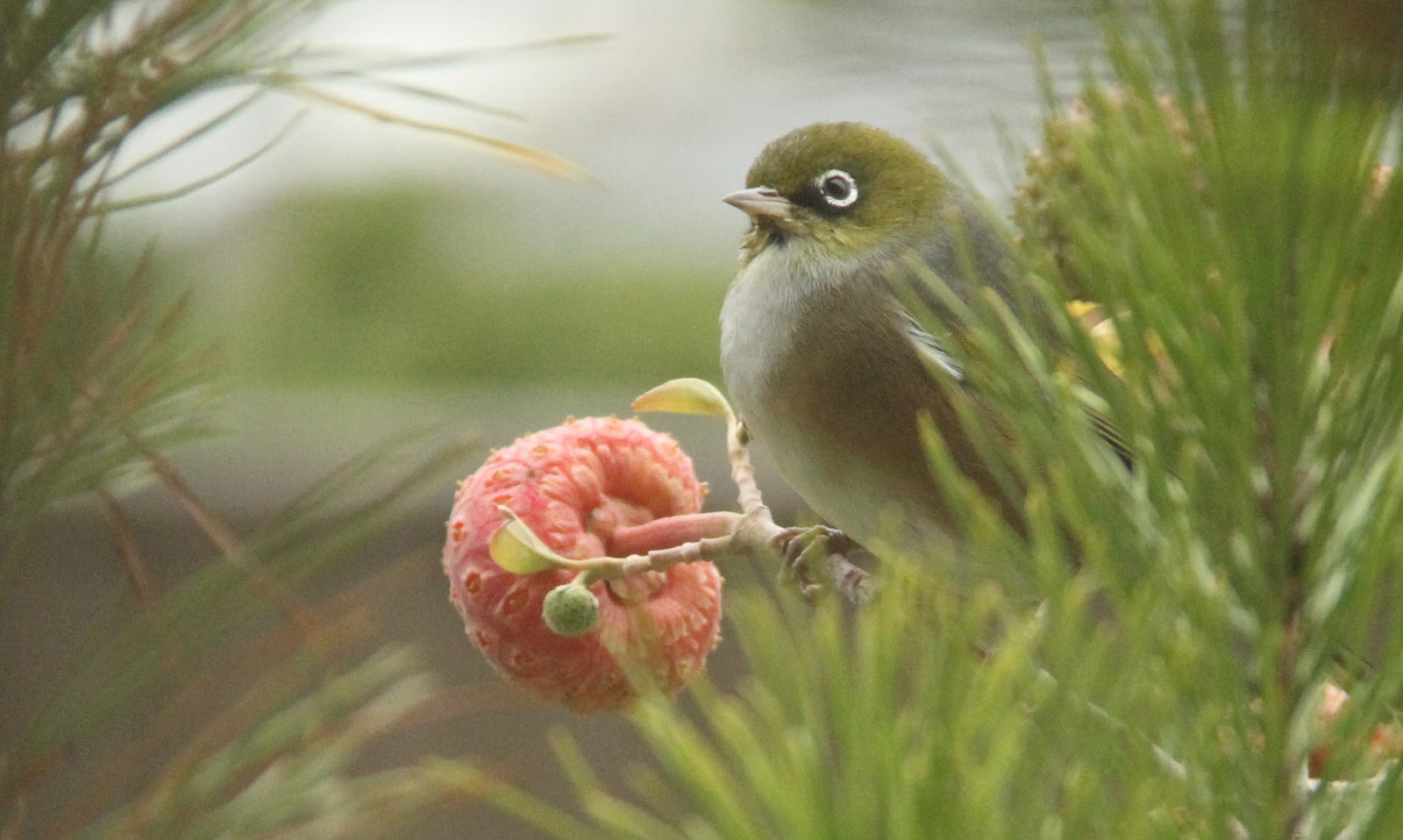 This was one of my favourite shots of the day - I shot a bunch of these in an 8fps burst, resulting a nice set of shots with a nice pose where you can also see the feather detail. 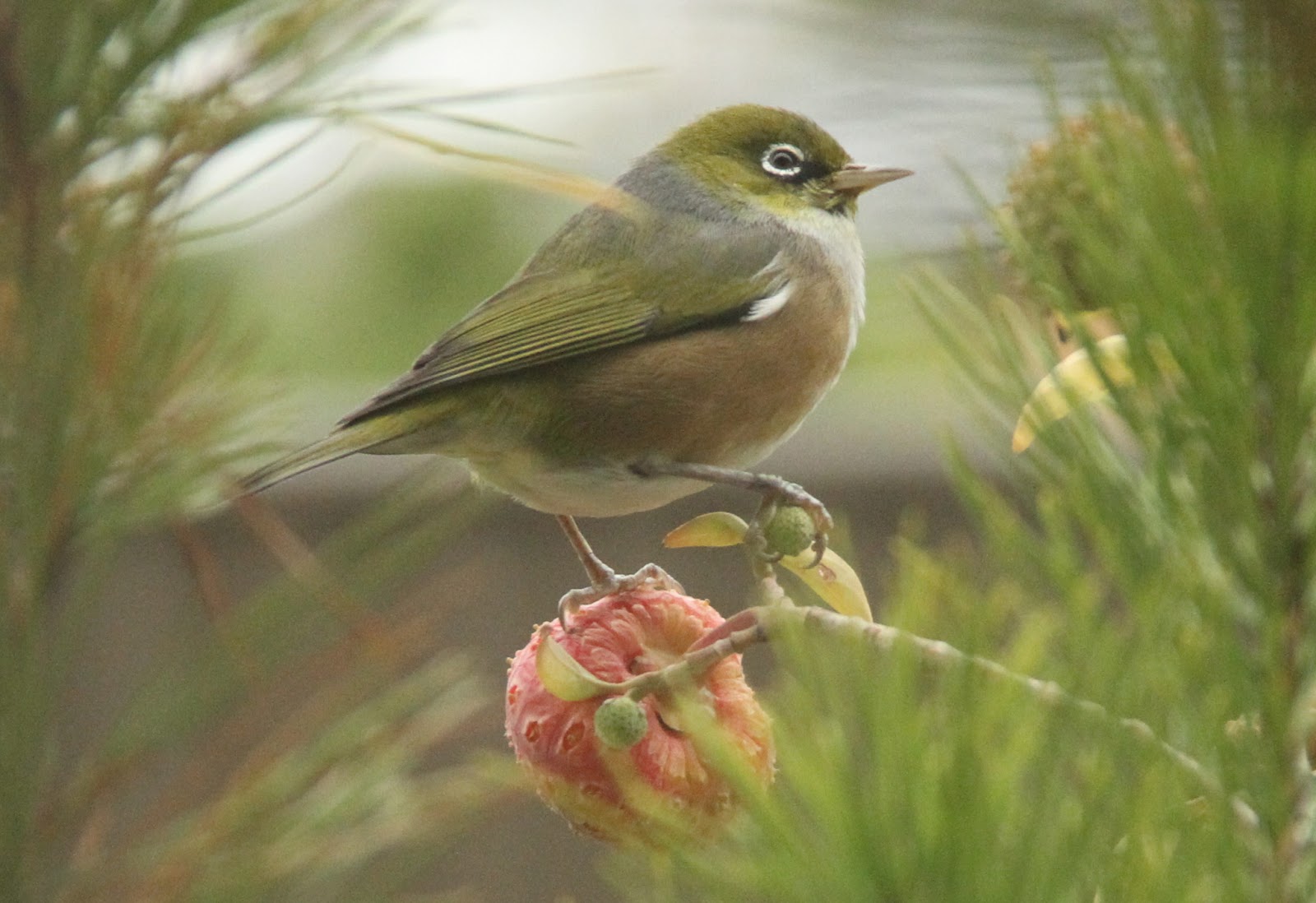 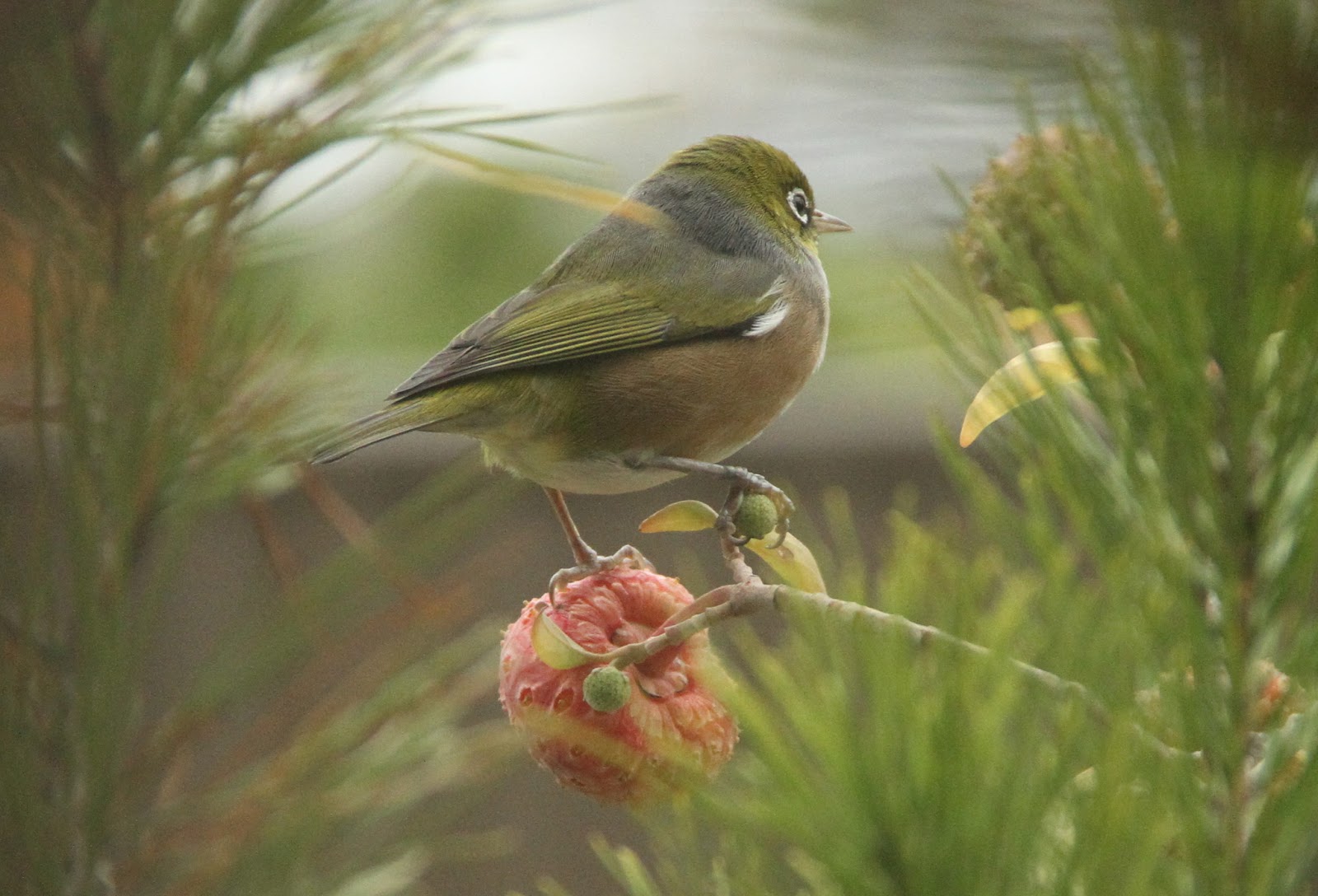 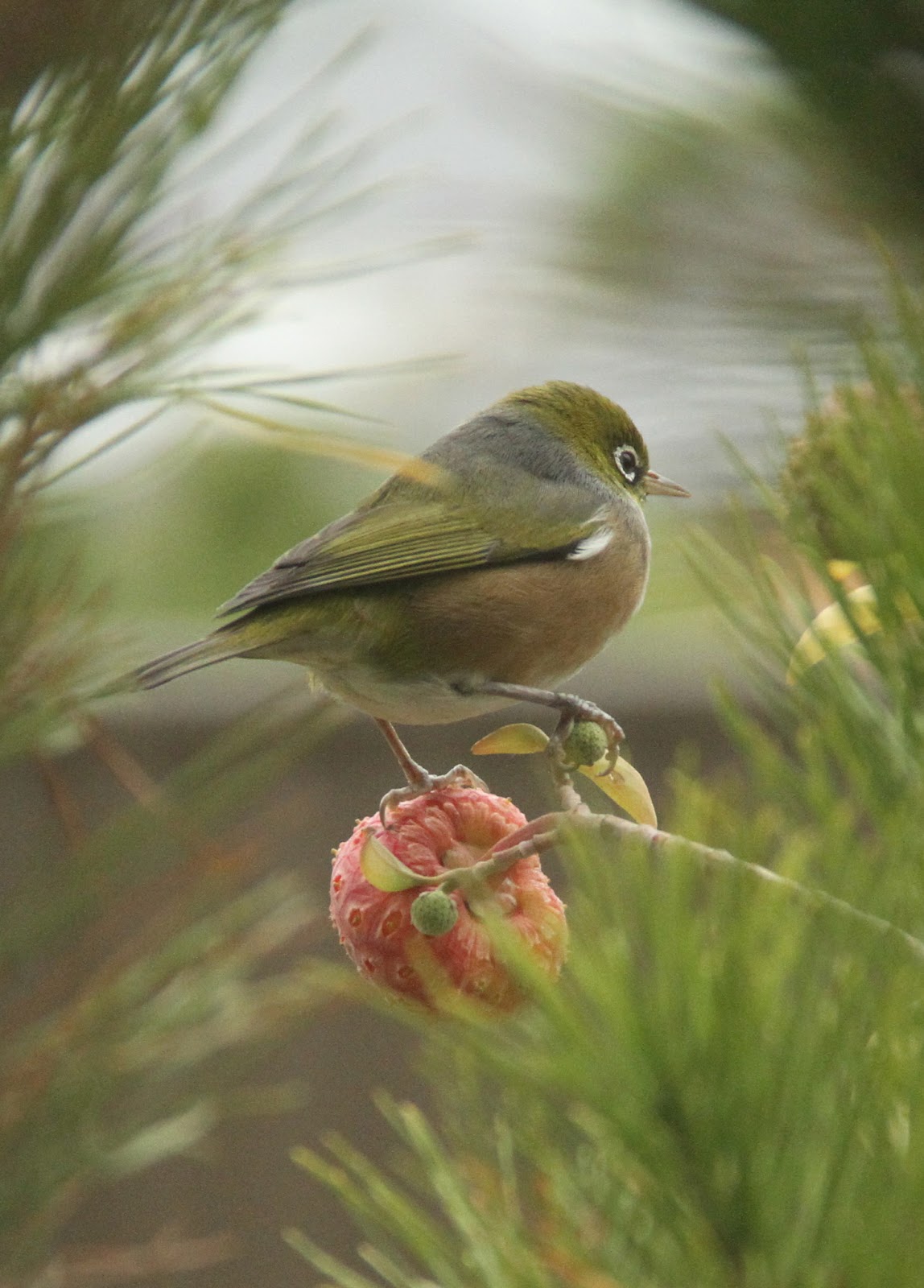 And these shots illustrate why I nicknamed this bird "Napoleon". Just look at the way it's perched: one foot on the large fruit, and the second curled around a smaller one in a leg-up/curled-around-a-cane-of-power look. Haha!


"Fluffy"
I really love that little messy patch of brown feathers that's come loose on its flank/breast... so... fluffy :) 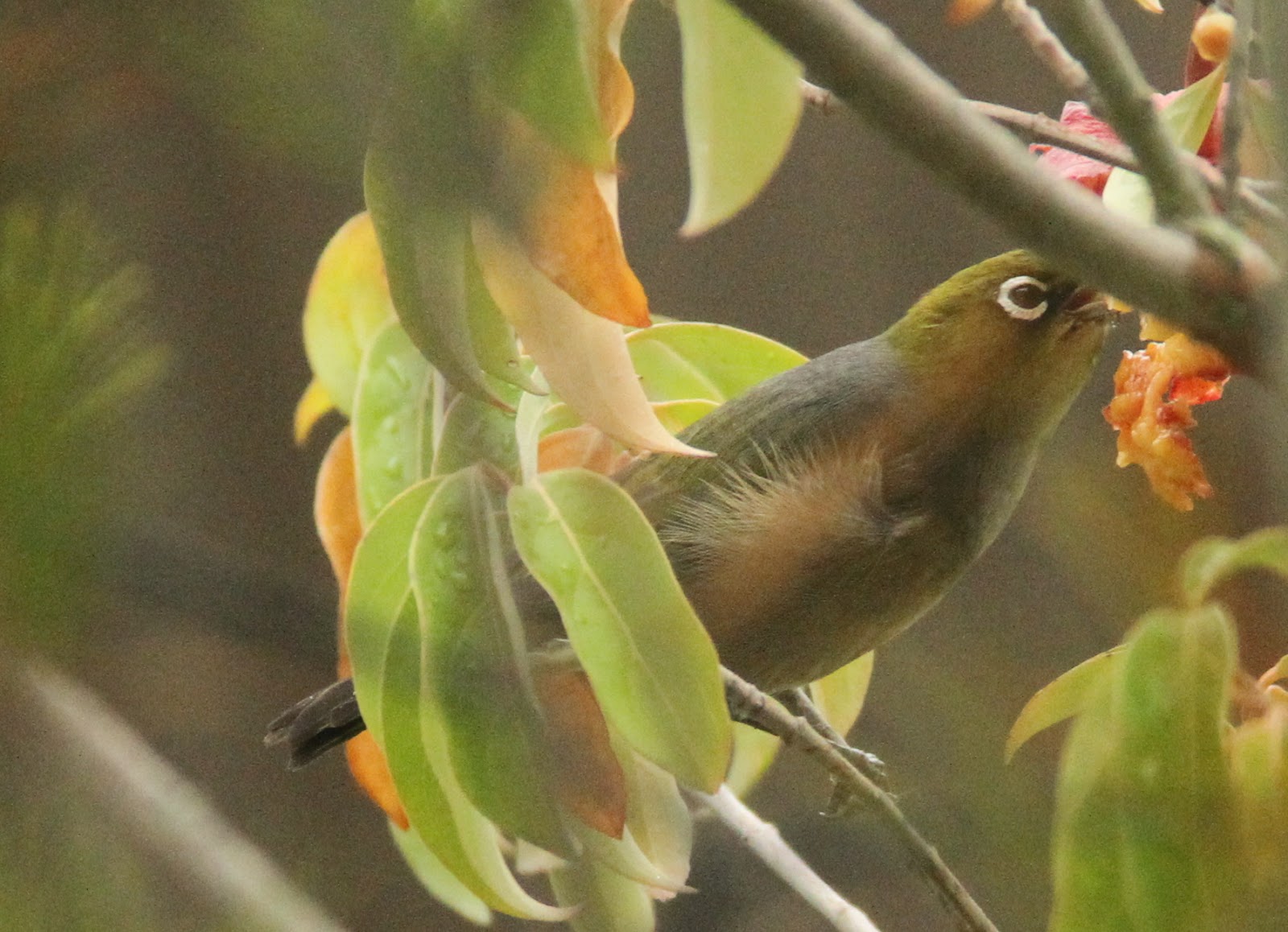 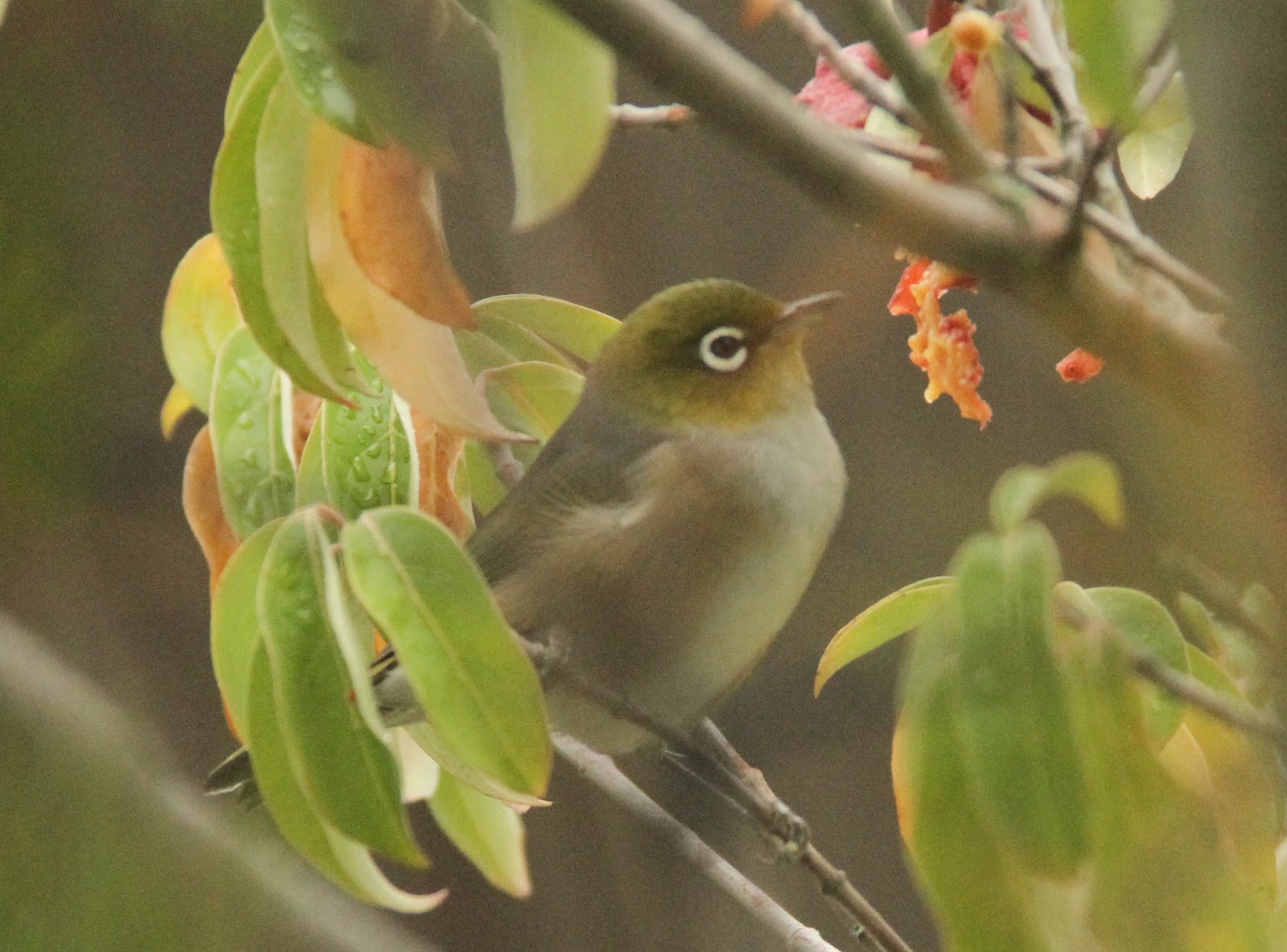 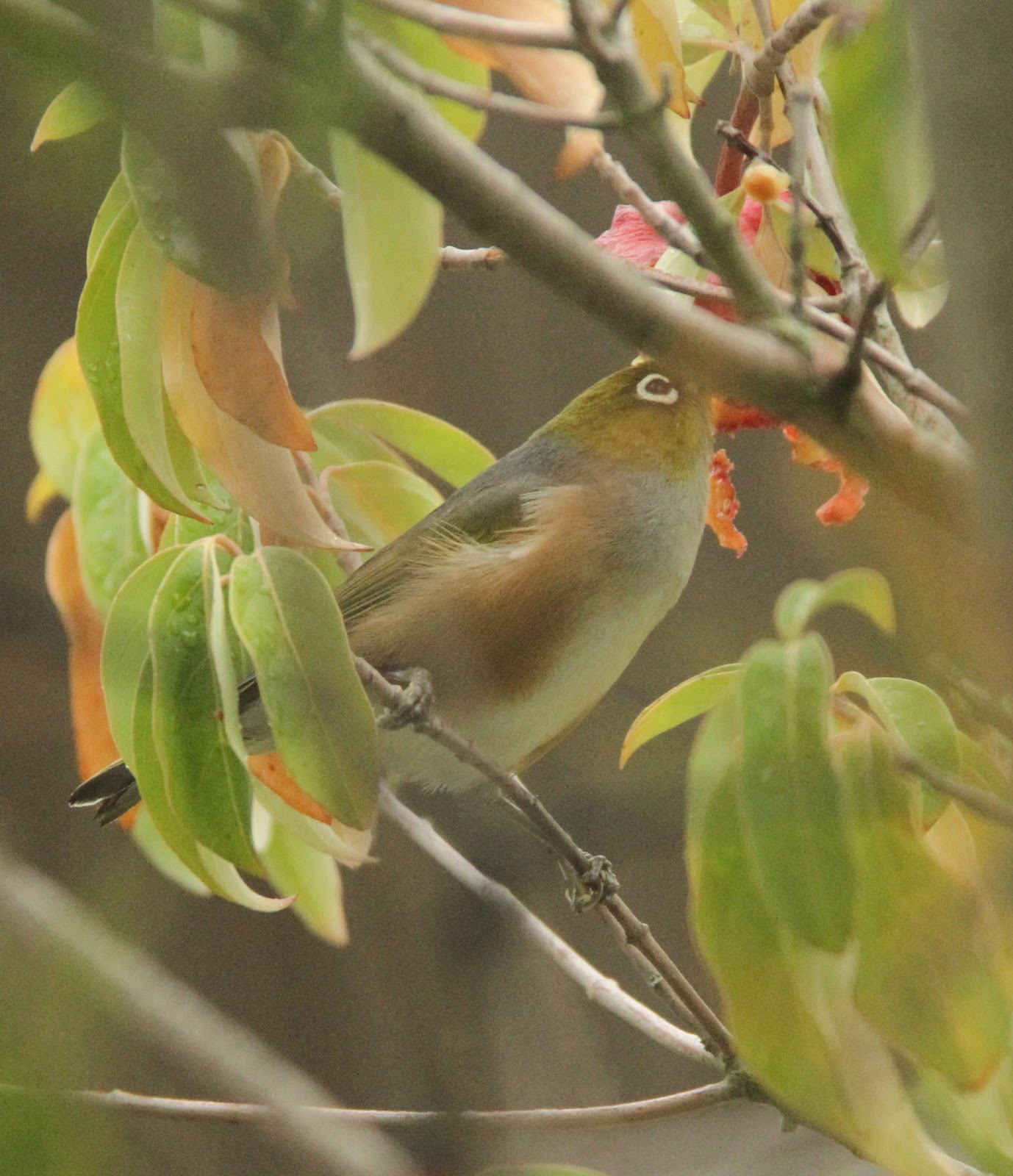 Posted by Aligorith at 5:16 PM