A few weeks ago, I had a lovely walk around the CBD for the first time in ages. Along the way, I found a nice shady spot on the riverbank to sit and watch a flock of gulls preening, sleeping, and otherwise doing a whole lot of interesting things you don't often get to see them doing. For instance, who would've known that aside from squaking aggressively and trying to steal your lunch, these things can also look kindof cute - especially when they stand on one leg looking like a moggy with a bad case of fleas! From certain angles, there's a bit of cuteness in there... Somehow, this shot reminds me of Piper. (I think it might be the rounded head and the placement of the two dot-like eyes on there that does it)... 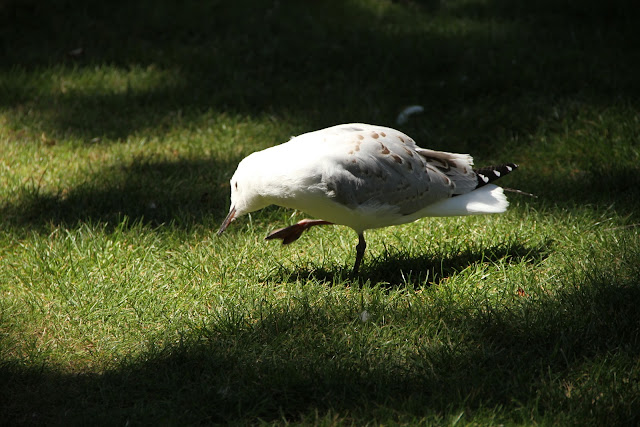 A bird scratching an itch, as if it were a flea infested moggy/dog! This was the first time I've ever seen a bird (or any sort) doing this - raising a leg to its head, craning the head/neck a bit, and then going for it vigorously! (I had another shot that shows it a bit more clearly - with the leg right up against the head - but sadly that shot was quite blurry). 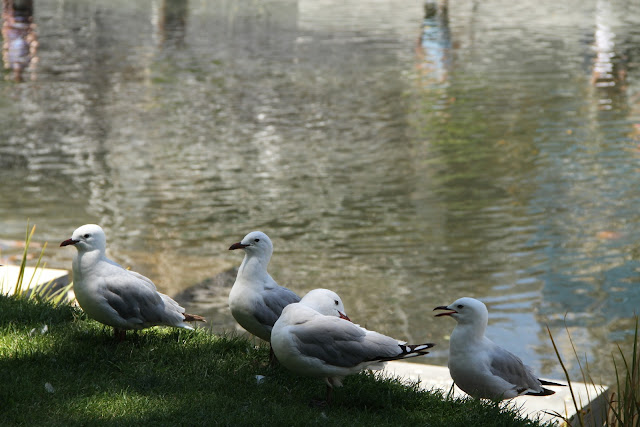 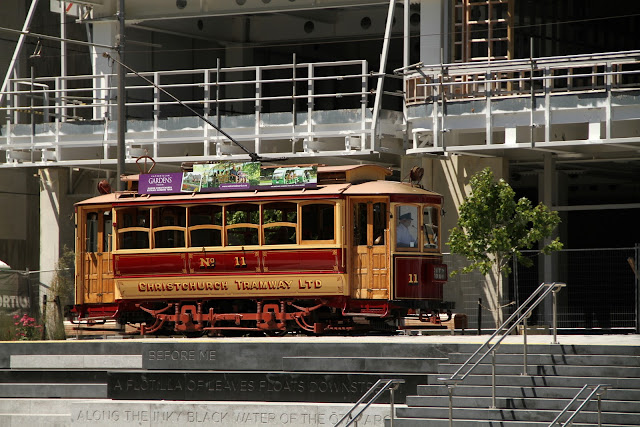 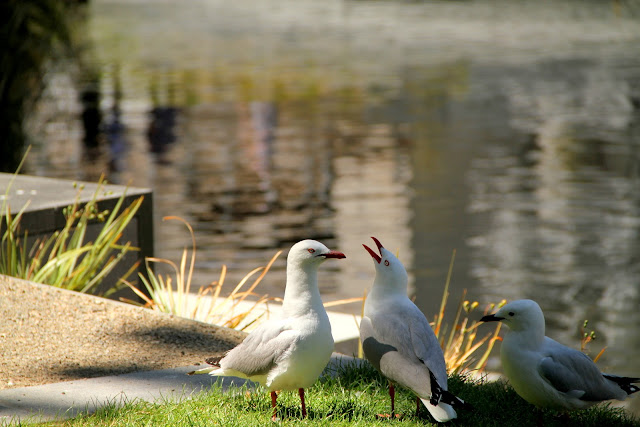 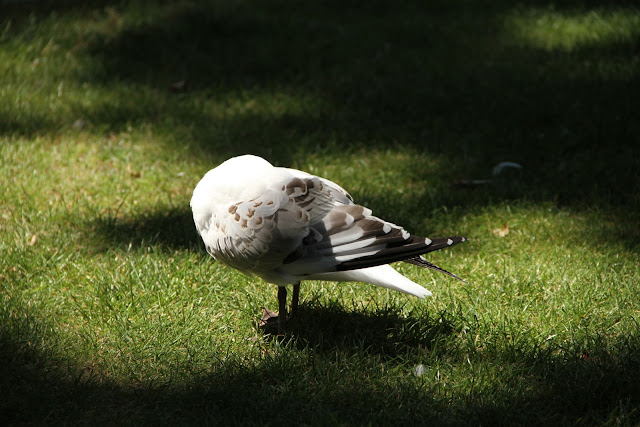 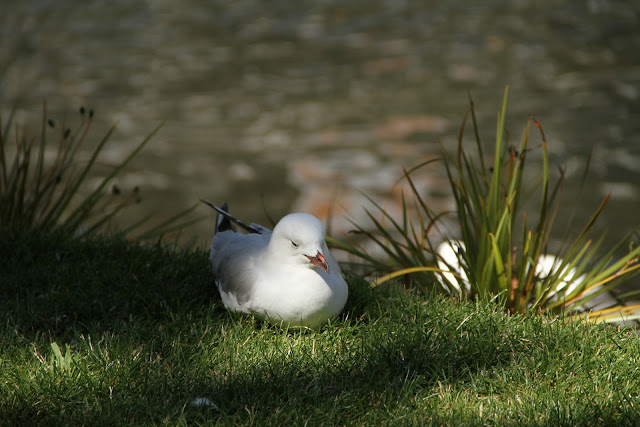 Once again, I've never seen a seagull do this - they're usually too busy swooping on people and generally acting quite aggro/menacing (i.e. "bombs away!") to try to sleep near humans... But that's exactly what this bird and a few others like it were doing, in yet another "Piper" moment.
Posted by Aligorith at 2:04 AM