At this time of the year, the hedgehogs usually migrate through our property, moving between some unknown overwintering destination and (presumably) Deans Bush. Tonight, I managed to catch one of 'em in action. 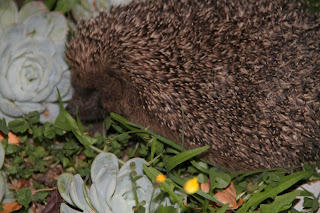 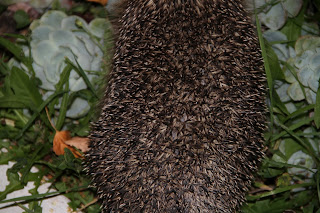 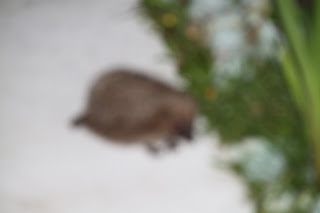 See! It is a running hedgehog... or perhaps a hedgehog-like blob...They actually move really really fast. This critter was originally on the lawn, but made a quick dash for the fence as I got to the edge of the lawn, many meters away from where it was.

These shots aren't that great in absolute terms. However, keep in mind that I was trying to manually focus in near darkness, which probably isn't that obvious in these shots. Next time, I must remember to bring a torch instead, as it was practically a guess and snap exercise to see if it'd gotten the focus right. Unfortunately for the hedgehog, it probably got blasted with a few more flashes than it'd probably have liked as a result. Ah well, at least I've finally seen a case where flash has been useful.

By the time I'd retreated and gotten a torch after taking these snaps, the hedgehog had already made a hasty retreat from the property, probably quite traumatised :/ Hopefully it doesn't end up as roadkill tomorrow morning.

Posted by Aligorith at 2:11 AM