Growth and Renewel in Christchurch

Over the weekend, I spent time out getting some exercise and time away from screens. Heck, I even spent time in a supermarket for the first time in months XD. Here are some pics from around the city of things that have been popping up around the place. 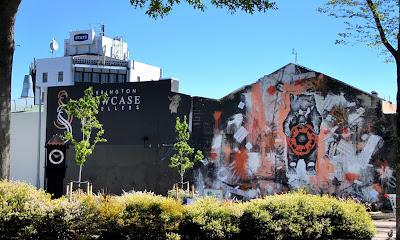 A mural and makeshift garden that's popped up along Riccarton road after a cluster of shops were abruptly demolished a few months ago. 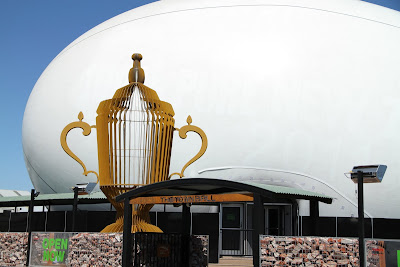 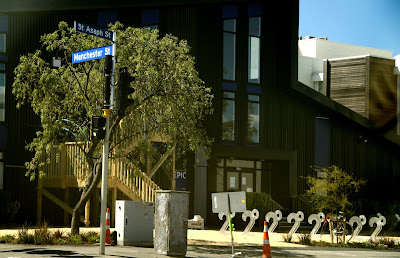 Newly built "EPIC" hub for IT startups. Love the marketing coup here by 2degrees, with their rows of logo-styled cycle stands.

Vibrant graffiti (or more accurately, "street art") on blank walls left exposed after buildings were demolished in Sydenham. While in general I'm not that pleased about the amount of demolition that's been going on around town (especially on things that clearly had some beauty to them, yet were probably considered by certain authorities as stody eyesores - aka "old dungas")

Sydenham also has many other popup projects from the Gap Filler crew, such as this installation, which IIRC is some kind of coffee stall, and appears to have been built from a cannibalised "Red Zone" watch-house built by the army to keep us away from rubble gazing. 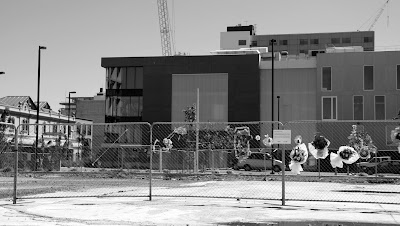 Many people died here. Sometimes in very tragic ways. A site that's not likely to be filled with anything for a long time to come. 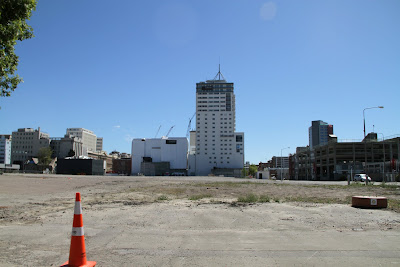 The lot where New Zealand's first explosive demolition occurred. Now the block stands fully cleared. It's quite a sight to see such a large, barren plot of land. 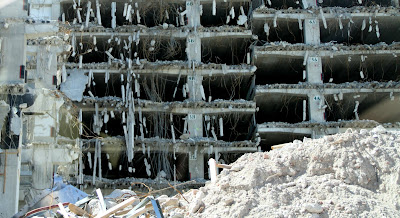 Demolition in progress - remnants of the Farmers car park, dangling like a limestone cave filled with light-emitting insects. Once the car park building with the steepest, near vertical entrance ramp in the city (it was so bad that they even had to add anti-skid grills to the slope), it's soon the be gone, and in a few years time, replaced by the CCDU's prized white elephant tentpole of the rebuild: a "convention centre" with several attached hotels. 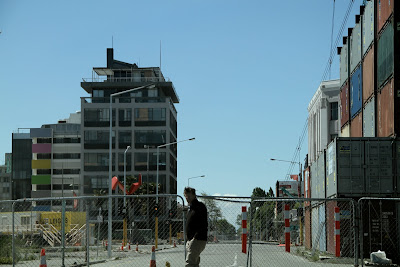 But for now, there's not much left in the CBD (though the things that are left are sometimes surprising, like the office block shown here)... 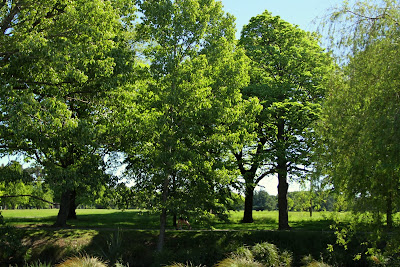 At least the trees in Hagley Park are at the brilliant best still :)
Posted by Aligorith at 7:37 PM