A few sketches and busy-stressful times...

Just a few fun sketches I made last night to wind down before having an early night for the first time in nearly two weeks. 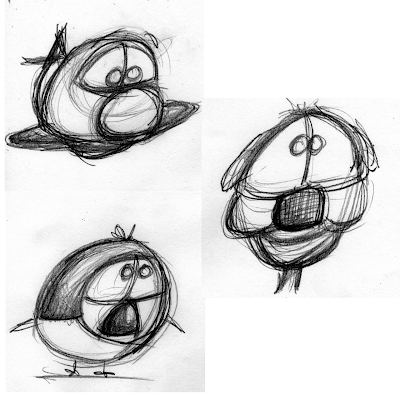 The past two weeks here have been quite a stressful and busy time for me, with two impending "sudden death" deadlines coming up, and my supervisor having to dash off shortly after our meeting at the start of last week upon hearing that his mother had passed away. Somehow, I managed to pull through and crank out some 50 pages (well, only 42 to be honest, discounting the references, single-spaced at 11pt) of content in just under a month. Phew...

BTW, I managed to scan these in on Linux Mint 15 (via the "Acquire Images" app) without installing any additional drivers for my Epson Stylus TX400. Sure, I cannot see the levels of ink remaining (Linux says that the levels are not reported), and the software crashed my scanner once mid-scan: during the first scan, it stalled after 15%, popped up an I/O error, and proceeded to lock up my scanner like than until I unplugged the USB cable and plugged it back in again.

Nevertheless, I'm SOOO glad I switched over to Linux prior to entering crunch on these deadlines. I seriously doubt that I'd have been able to cope if I'd had to do this in Windows 8 (or even on my old Toshiba): at times, I had screens splayed out across all 4 workspaces. For example, at one point, I think I was working on things with a setup as follows:
- Workspace 1: Firefox x 2 (~10 tabs in each window), with one or two PDF's/Nemo windows open (and Chatzilla too from time to time - though not when things got really bad ;)
- Workspace 2: my main text editor (where the project I was working on got written),
- Workspace 3: git gui and another Nemo instance
- Workspace 4: 3-6 PDF's + 2 Nemo windows open; GIMP sometimes open too to edit screenshots/figures being extracted.
Posted by Aligorith at 11:30 PM