Following quite a tumultuous day, we had a nice and pretty sunset this evening (though it was starting to get quite chilly too) 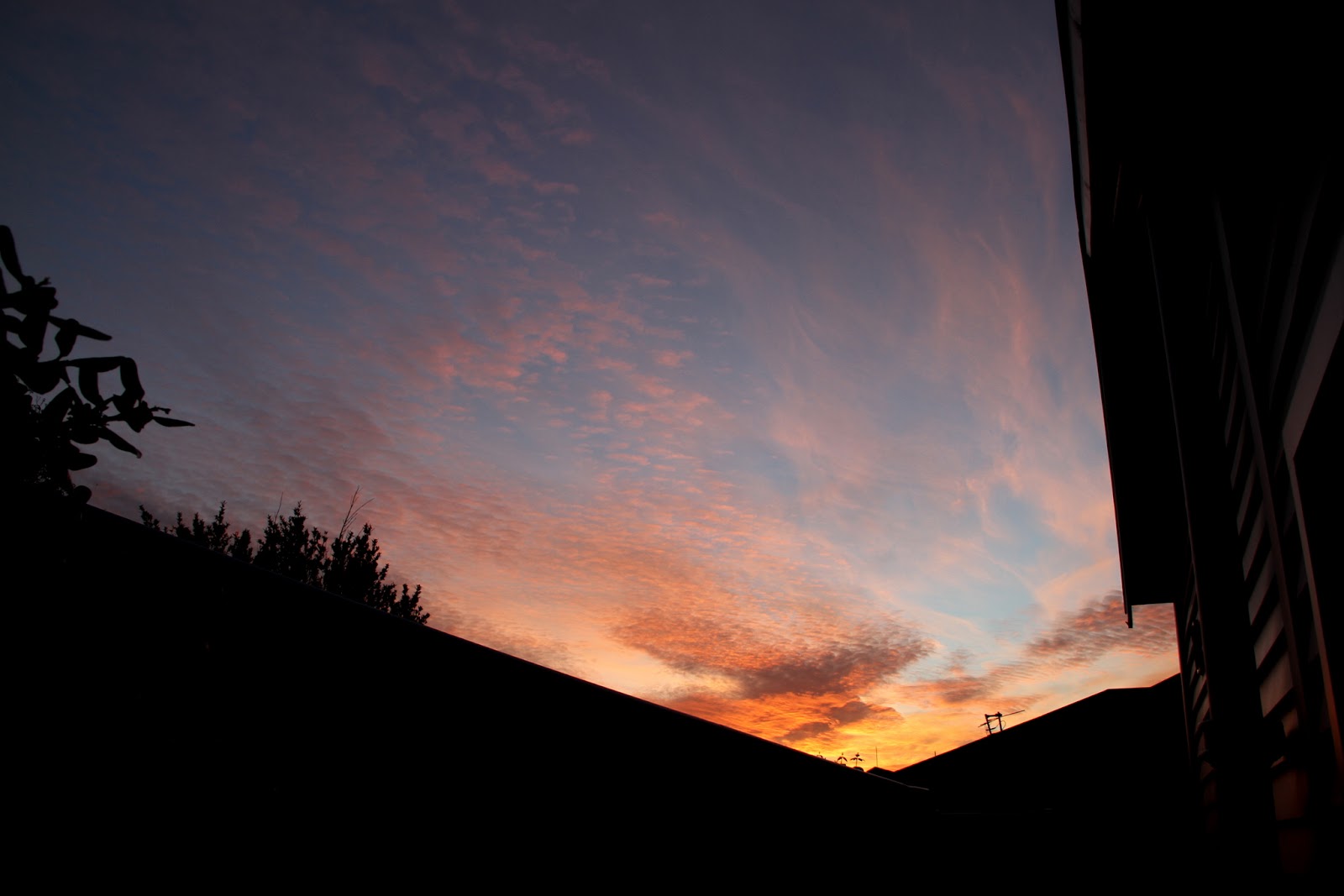 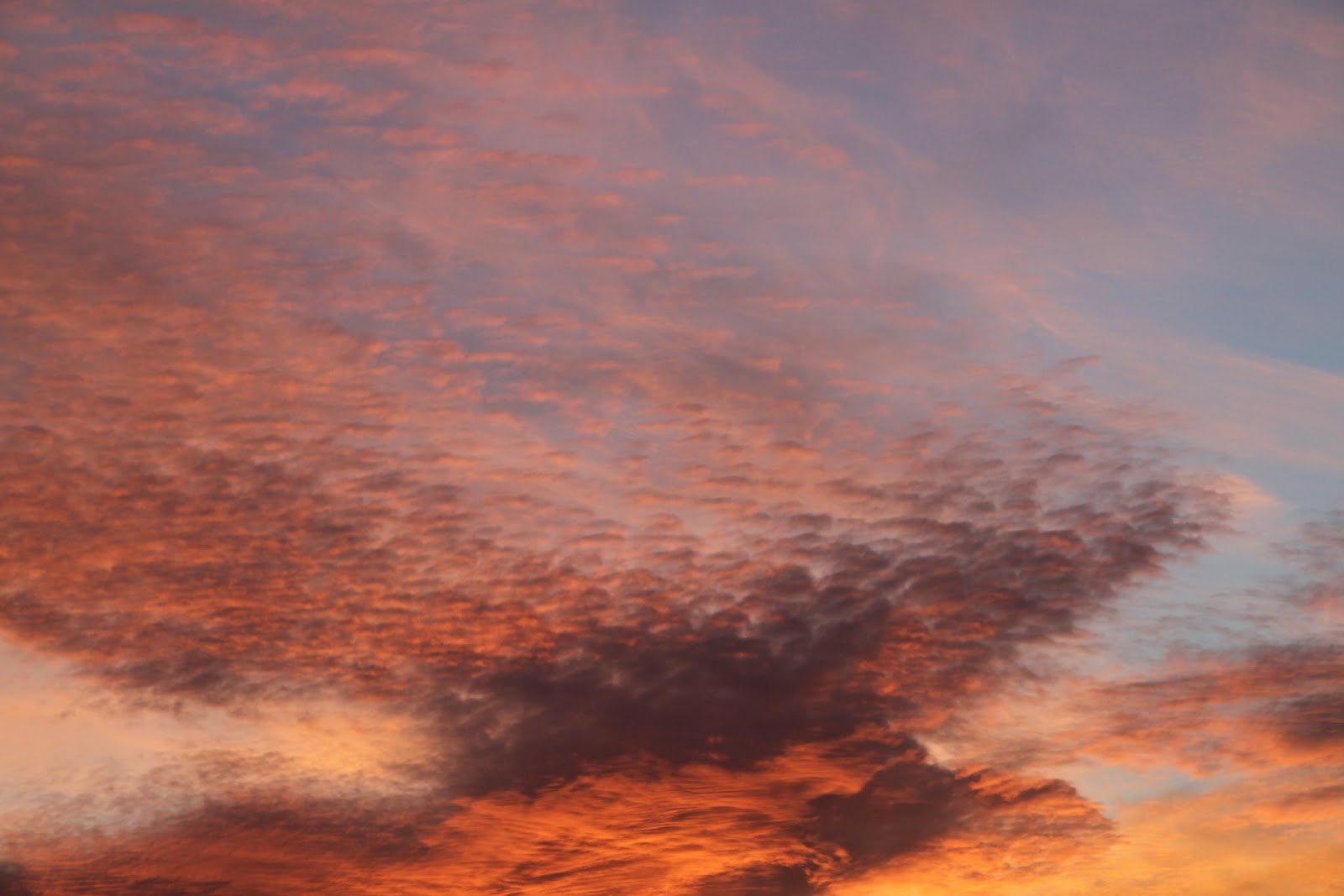 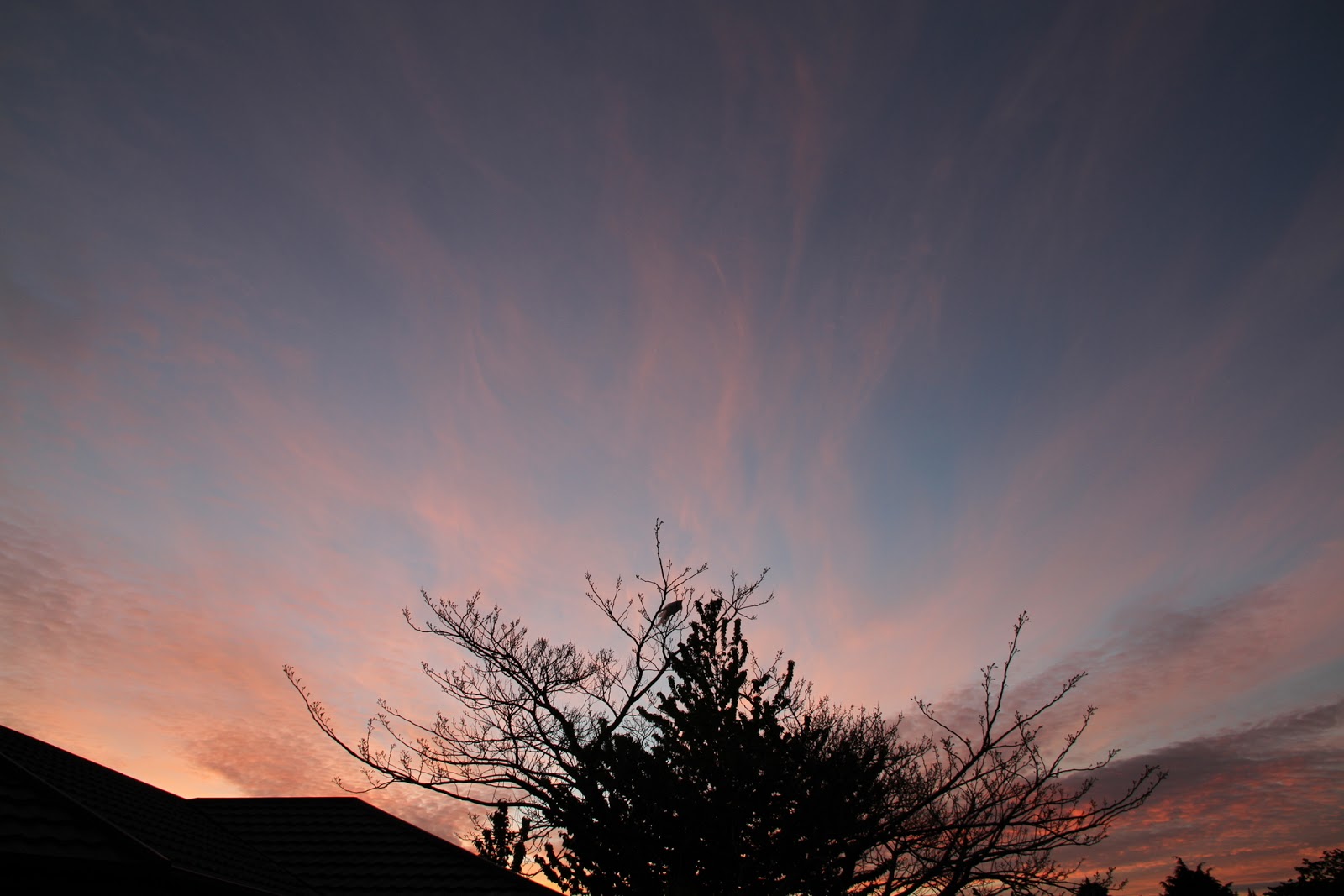 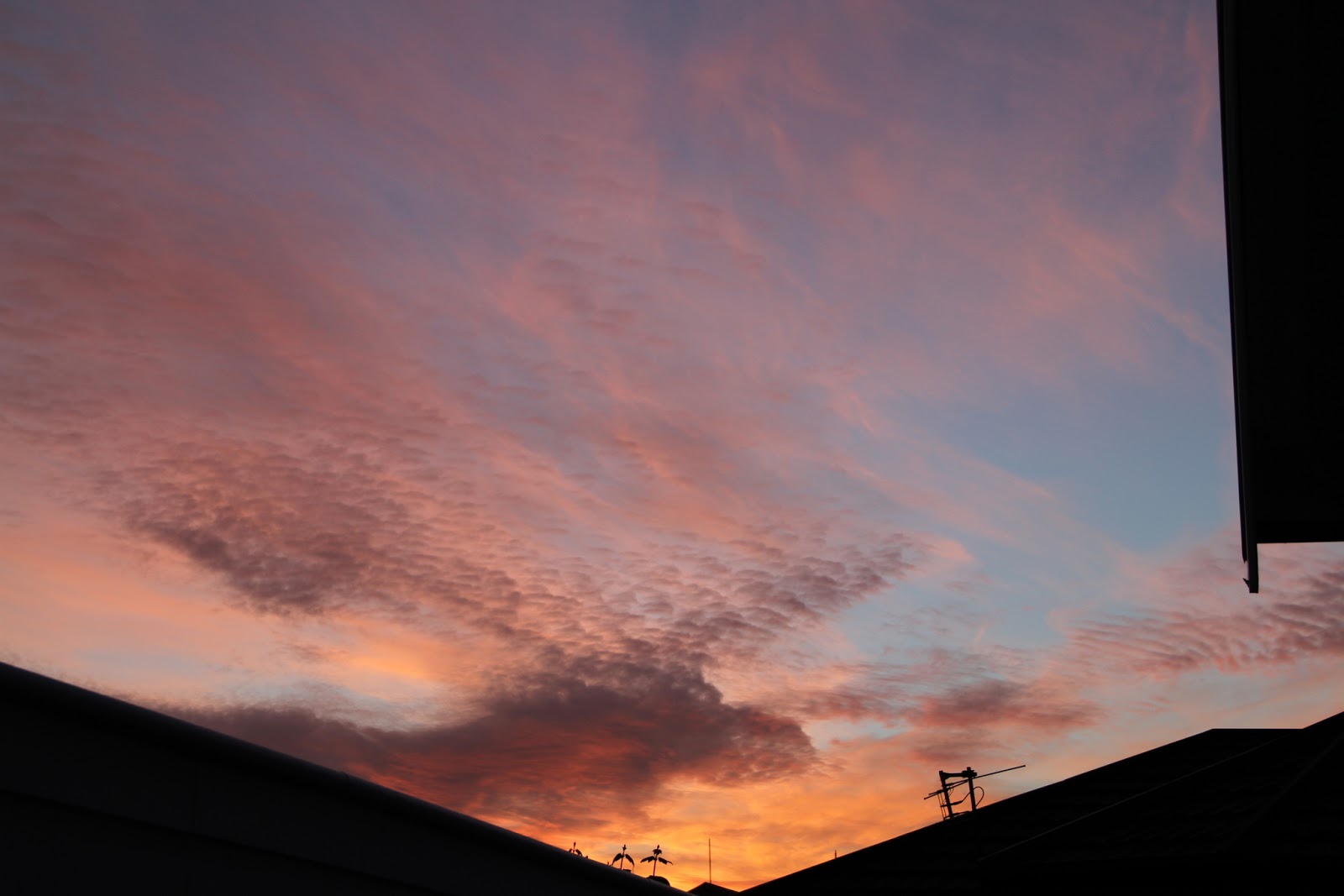 A lot of weird and crazy not-so-great things have transpired on these past few days...


Firstly, there was the brutal end to those cute and innocent little silvereye chicks yesterday. There were also those pesky neighbourhood cats, who've suddenly returned in force to use our garden as the public "dumping grounds". This was followed by the tale of the two lights this morning - a malfunctioning stoplight (and agonising wait for the standby in the baking sun), an impossible to see turning indicator light on a shiny new-style black 4WD (with those nearly-white indicators) at the Rotterdam St "roundabout", and a 70 dollar bill to try repeat this exercise again next month (and within days of another events that's going to take up a lot of my time and focus).

Adding to the misery, the weather today has been really fickle. It started as a warm sunny day, with some cloudy patches and then really sunny again, before a thunderstorm (with dark ominous clouds) rumbled through in the space of 5 minutes in the afternoon. Then it was sunny again (albeit, with some large lumpy clouds still in the sky) - enough to convince me to head outside to nix some weeds that had been getting on my nerves for some time... It looked safe enough; the clouds were miles away it seemed. But no... as I knelt down to deal to the first of the weeds, "bloop!" on the back of my head, then again as I went for the third and fourth ones too... Dammit! It's effectively clear blue skies, and it's lightly drizzling in my garden - enough to be a nuissance, but not enough to really call it rain!

Retrograde Black Friday anyone?
Posted by Aligorith at 11:29 PM