The weather so far this month has been crazy! Some are attributing it to the "El Nino" weather pattern that's in play this summer - IIRC, El Nino's usually the hot + dry one (i.e. most summers), while El Nina is the "cold + miserable washout" summer (i.e. like the year I was 8 or 9, and it rained for like 2 weeks straight). 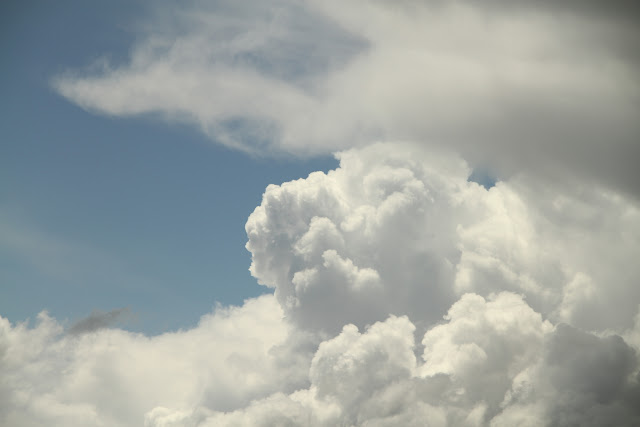 Some lumpy clouds during a break in the weather this afternoon...

For instance, on just the second day of summer, the temperature was 33 C for much of the day, and was still 21/22 C at midnight!  (For reference, we're blessed in Christchurch to usually only go up to 32 C on the hottest days of summer - which are usually in mid-late February. On occasion, there have been some days with 33/34 or maybe even 35, but those would have been really really rare.) 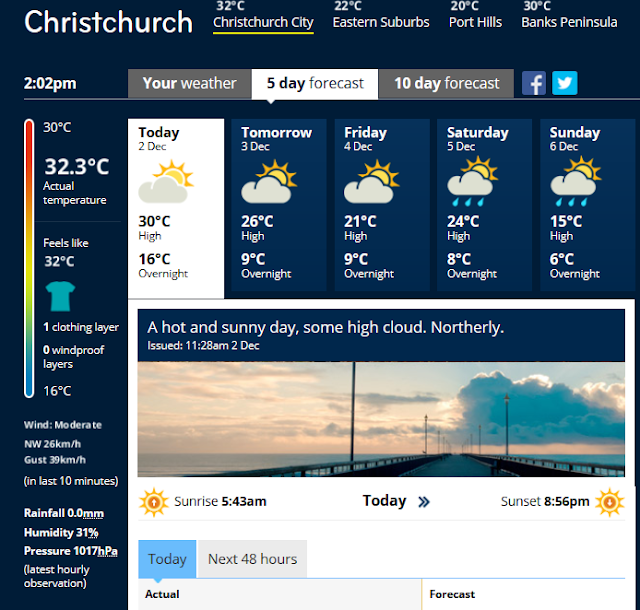 That day was just hot! Even with the air con on, it still felt far too hot. (That said, we probably should give the filter a clean, as the airflow didn't seem as good as in previous years. Usually we'd be freezing our butts off after 1 hr, but this time, it only felt like a "mild" reduction in uncomfortable hotness :/

Today was even crazier. After a warm night (by the temperature gauges only - it felt hot for a few minutes at midnight, and at 21 C that was justifiable, but then it cooled down and felt chilly inside the house for the rest of the night), the temperature began to gradually fall, until a sudden cold snap hit at midday. Apparently there was quite a strong downdraft of cold air that charged into the bath of hot air left over the city overnight, leading to some very intense weather: dazzling lightning and booming thunder, a hail. Large marble sized balls pelted down from the heavens unrelentingly - battering the windows, plants, and anything in its way, and blanketing the ground in a solid white blanket of little white pellets. Oh yeah, and the sound of all this taking place... man, that was deafening! 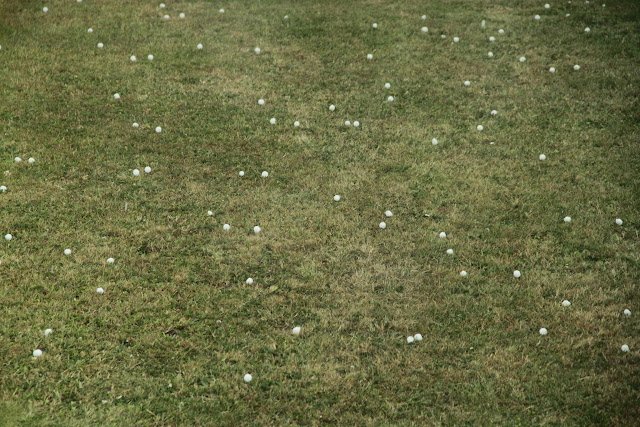 It started out slowly... with just a few of these marble-sized balls dropping on the ground... 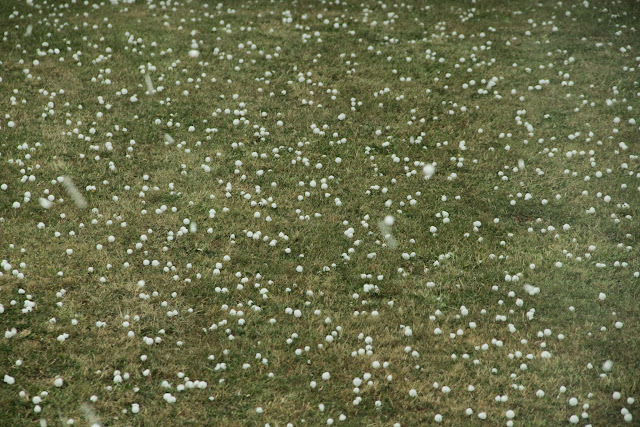 Then there were more... 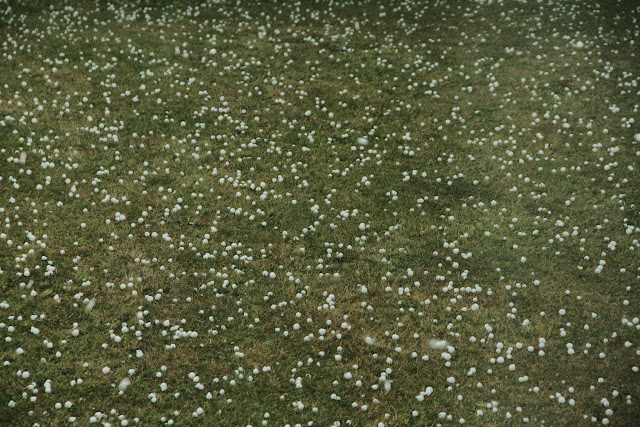 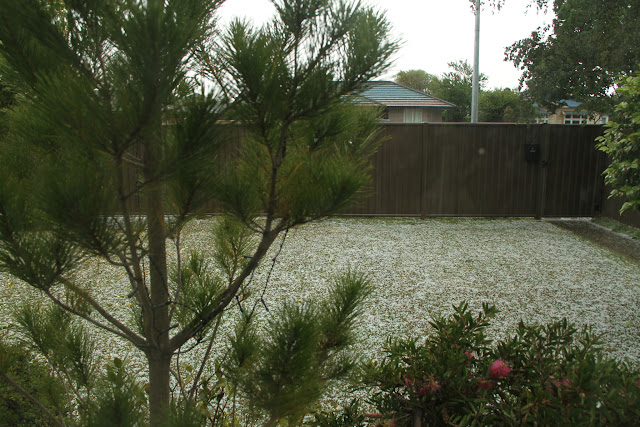 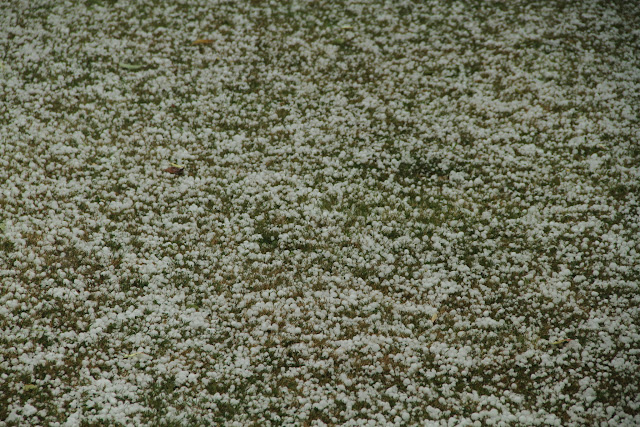 Within a few minutes, the ground was covered 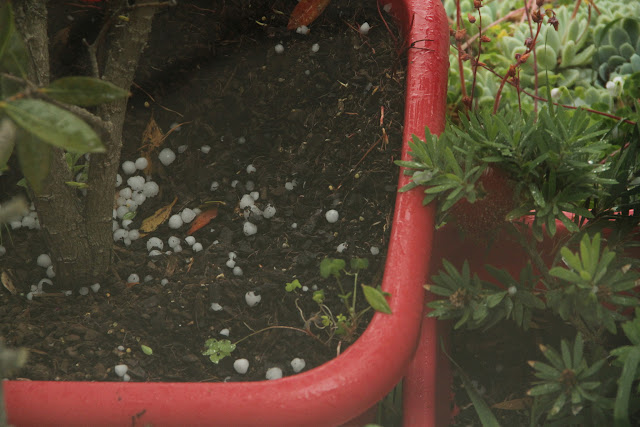 Some got into the pots 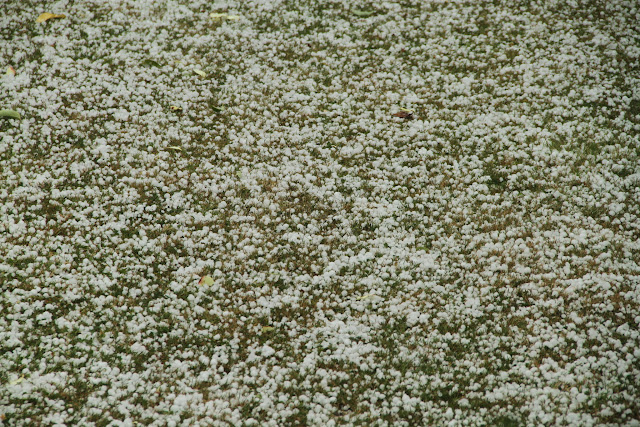 While the rest accumulated on the ground 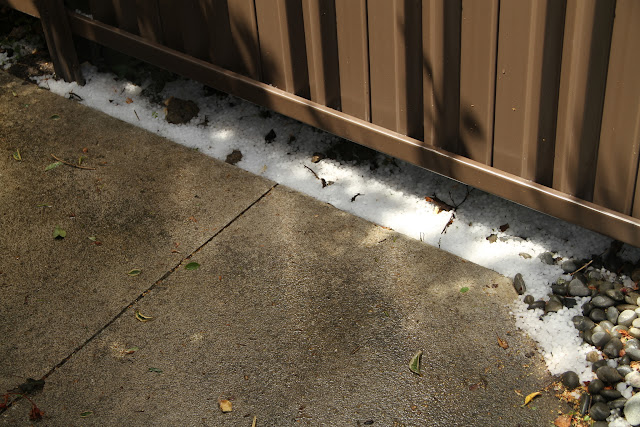 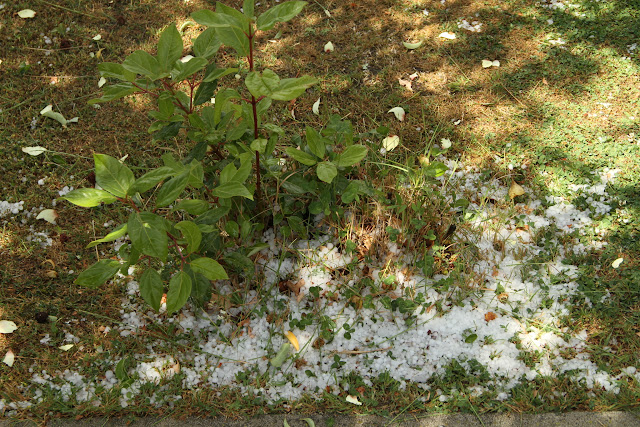 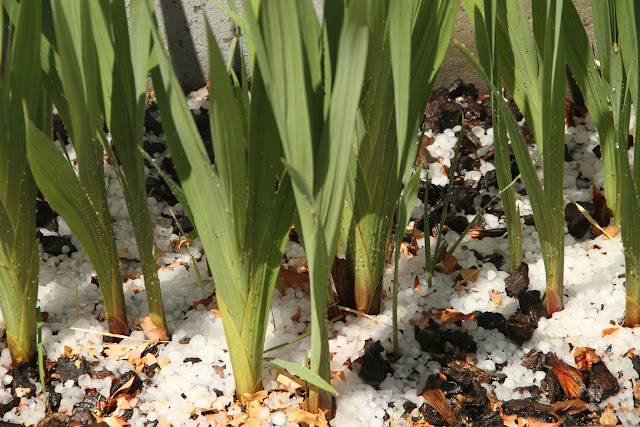 Snow? In Summer?  Olaf would be happy :D


Looks like we got a "White Christmas" in Christchurch this year! And from the looks of things, accompanied by some genuine wintery temperatures too: