Phew! After Nearly 2-3 days of uploading, I've got most of my photo galleries from Siggraph Asia 2015 up. There's still a few bits and pieces I still want to get up there, which will show up in due course (i.e. a key missing album is "Japanese Oddities" - make of that what you will), along with some write ups on a few key things. Anyways, enjoy what's up there already :) 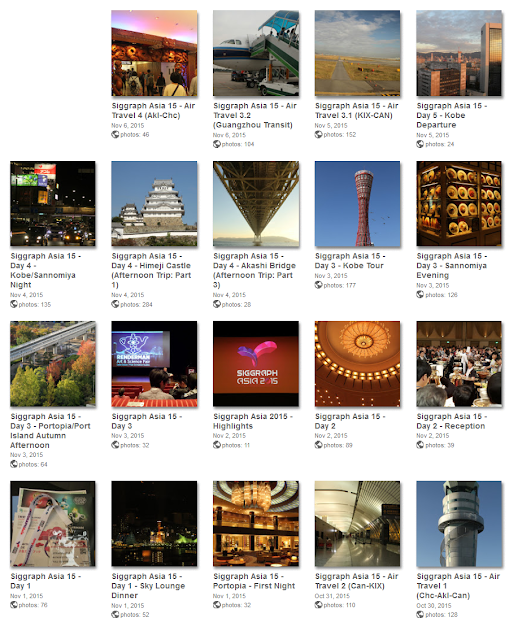 Note: Don't mind the dates... they're kindof messed up (Google seems to reinterpret everything as US time). Compounding the time/date problems was the fact that I forgot to change my camera's time (it doesn't really help for the videos though), and my phone was roaming (so was using local time). So, all in all, the exact times are kindof useless, but the general order should be clear enough.

Note 2: Having put these up, I'm thinking that I should've done this on campus, where I have heaps of internet allowance + faster speeds... dammit... it would've gone so much faster!
Posted by Aligorith at 2:58 AM