While testing Antonio's patch for fixing the way that fills for concave shapes get drawn, I got inspired to create a little animation of some of these shapes in motion!

While testing the patch, I kept running into some issues with certain U-shaped filled strokes, where there would randomly be some extra triangles getting created. After drawing heaps of those recently, to figure out whether there were any trends/reasons for this to fail, I realised that they would look pretty awesome in motion.... So, I had a bit of fun + relaxation doing some straight-ahead animation with Grease Pencil :)


Note 1: After a long week, it turns out to be quite relaxing to just zone out for an hour, randomly scribbling away, doing some straight ahead animation.

Note 2: No I'm not actually that good at reliably redrawing stuff from frame to frame - the sculpt tools really come in handy to fix up wonky strokes

Note 3: The green stuff was inspired by the green onion skinning ghosts I had on in the background while animating. They aren't actual onion skinning ghosts (since those don't get drawn during OpenGL rendering), but since the effect I was going for at the time was based on having those there, it looked weird to not show them at all.

Note 4: Here are some examples of the glitches I've been running into - the tessellation uses Blender's existing Polyfill2D API, so it should be relatively robust already. However, I've running into some weirdness here where every time the stroke gets retriangulated (even without modifying it - just be reloading the file repeatedly), there is so much variation in the results (i.e. different number of triangles, sometimes with extra triangles added in crazy places, etc.). It's really annoying, as I'd really love to just get this into master already!  Arrgggh Blender... just behave yourself, ok?! 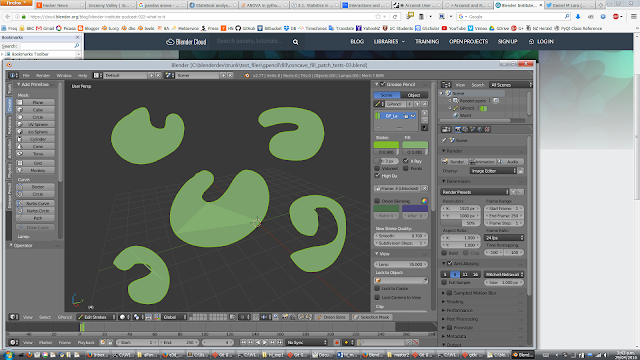 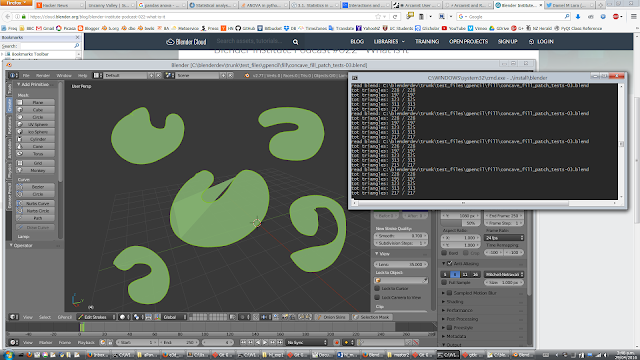 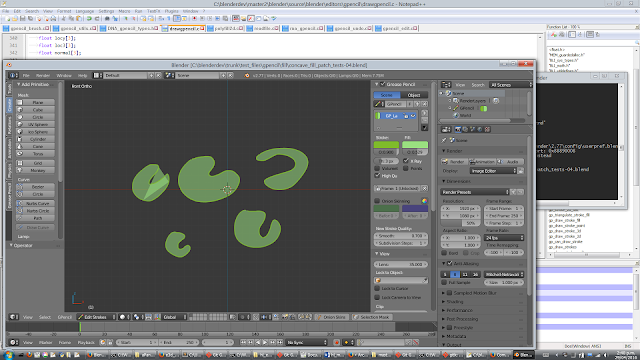 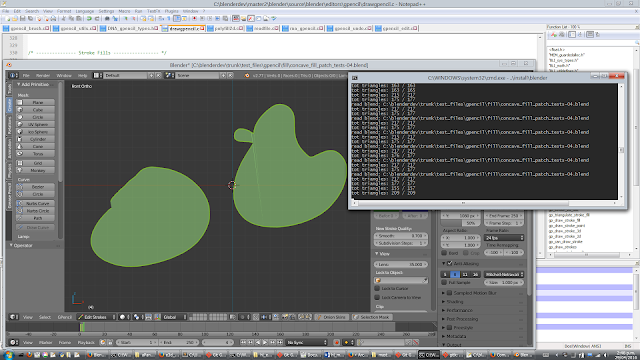 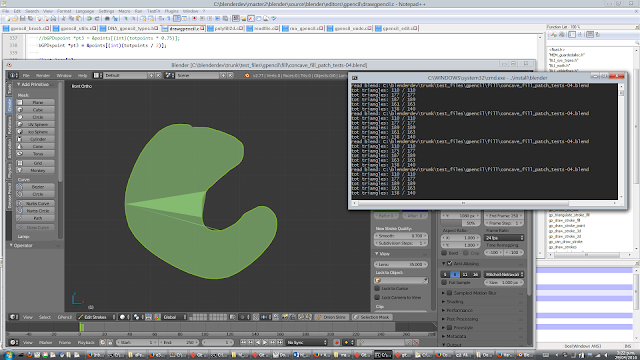 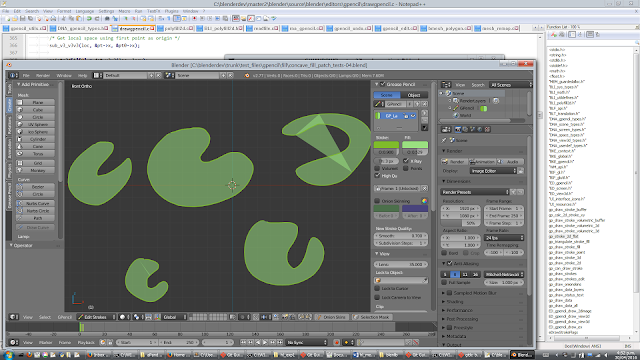 Posted by Aligorith at 2:58 AM