Just a short turntable anim of a texture painted cube for fun this evening....

The story behind this:
I was trying to find a way to test the "Palettes" system in Blender (which I'd just only recently heard of). Apparently it's only for the texture/image paint stuff (?), so I went ahead and started texture painting a cube!

Lo and behold, a few random dabs of colour using my tablet later, it turns out to look pretty darned interesting! Hence the turnaround, and a quick BI render of it. 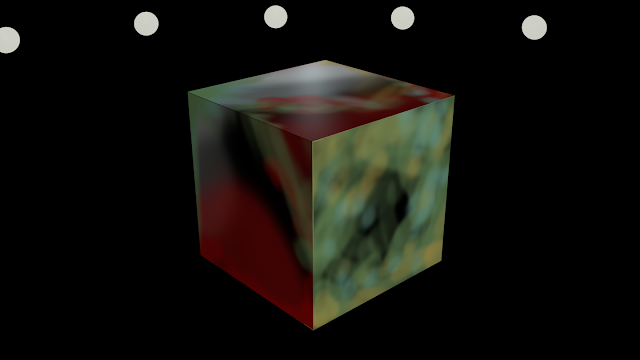 My only two quibbles with the workflow (unless I've missed something still) are that
1) The texture doesn't get properly saved automatically as a proper image buffer, that's not going to get trashed/lost on saving and reloading the file. In this case, I really didn't want to trust that it wasn't to get clobbered, so I went in and saved it off several times for good measure. But, it'd be great to be able to feel safe that this will all work as intended...

2) The texture doesn't seem to get fully assigned to all the right places (e.g. for viewport preview of the texture out of texture mode). Maybe there are reasons why you won't want the active texture getting set automatically (e.g. to avoid a normal/bump map clobbering the main diffuse color map).


As for the palettes system:
Although I only tested it briefly, I found that it was a bit on the "rough" side as far as UI polish goes. It looks like it could use a bit more love regarding how those buttons are laid out, as right now it's all quite haphazard. For instance, the datablock selector is way down at the bottom and disconnected from a pair of disconnected color swatches with +/- buttons above them. Next to all this, there's a button with that round "two-arrows" icon (usually used for "refresh", but in this case "swap" active/secondary color).


Finally:
It turns out that the UV map/texture for this cube looks really nice as an interesting image of its own. So, here it is to enjoy (and use, if that's what you want to do) :) 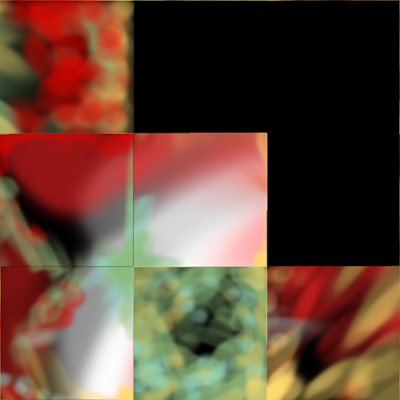 IMO, this could actually make some pretty interesting wall art - maybe if the remaining cells were filled in, or maybe just as ;)
Posted by Aligorith at 3:10 AM