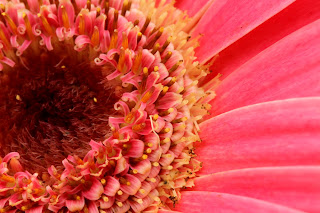 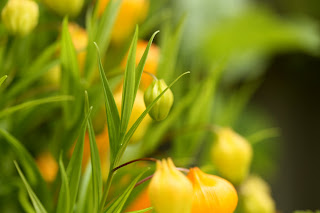 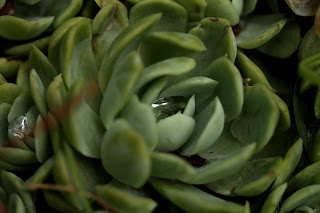 About two weeks ago, I started noticing a lot of birds constantly darting out from a bush beside my window. Sometimes they'd shoot out in rapid succession, while sometimes it might not be so frequently.

One day, I noticed that they were doing this quite frequently, so I decided to investigate. As I watched, I started to see them always shoot out from a similar spot. Looking at the bush carefully, I suddenly saw... shock horrors... another bird nest, exactly like one I had eliminated from the bush a few months earlier which had sat in that bush for a year or two already.

As I watched on, it suddenly became obvious why they were coming in so frequently... 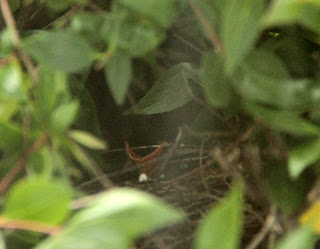 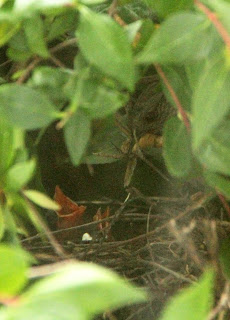 In the nest, there were some "hungry beaks" (as I've taken to calling them). At first it looked like there was only 1, and then there were 2! As soon as mummy bird would come along, two little triangular pits would emerge eagerly from the nest, wide open waiting for food, and would quickly close up and shrivel down as soon as she promptly left.


It was quite hard to get a decent shot of these. Apart from being cloudy and later in the day, I had to carefully balance getting "low contrast fog" from the slightly dirty window glare and the darkness of the nest (combined with the darkness of their feathers). Not the best shots, but these give an idea of how they looked. 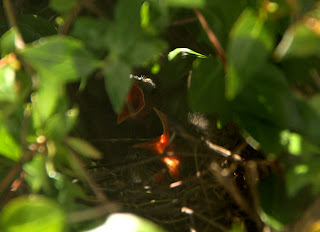 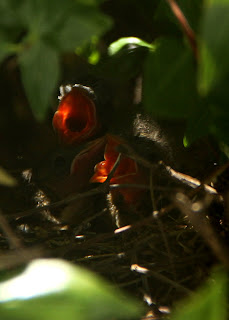 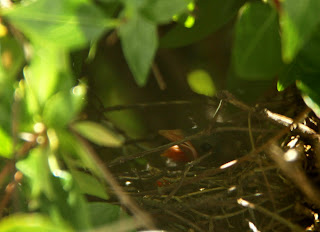 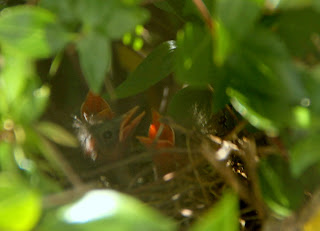 They're now looking a lot more like birds, with black fluff. Also a lot more active and curious - I managed to capture a few short videos of their loud chirping and a few where they'd be grooming. They also seem to be starting to be able to see stuff (aka me peering at them just over a metre away).
Posted by Aligorith at 1:58 PM