Gems of Serendipity - Handbook of Perception and Human Performance

Life can be funny sometimes - giving you unexpected surprises even when things did not go according to plan! This morning, I had thought there was an event I was supposed to be at on campus which would last an hour or so. However, upon arrival at the venue, I realised that in fact I'd gotten the wrong date - it was on Thursday instead Tuesday. Doh! 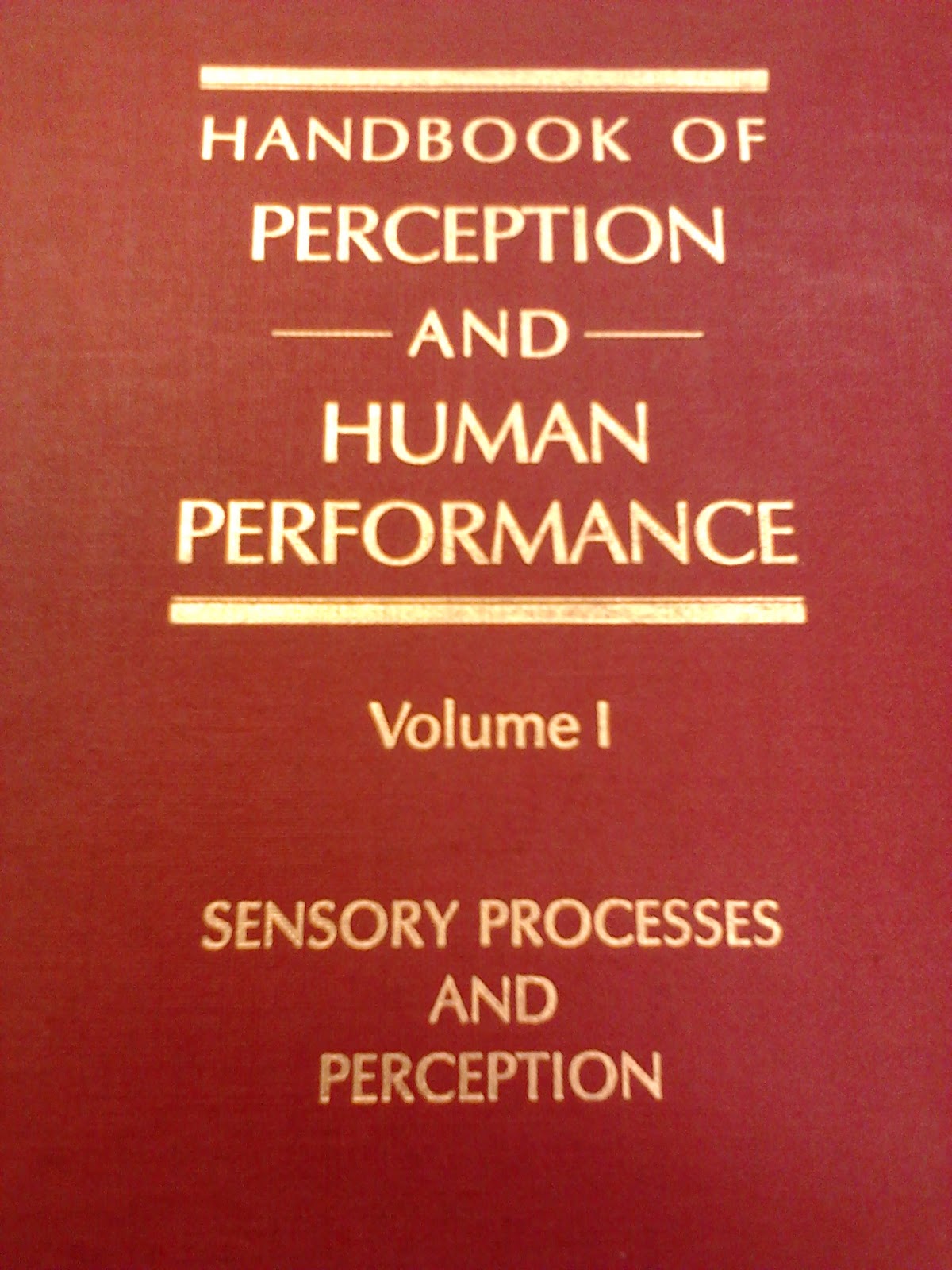 With an hour suddenly free, I decided to have a bit of a walkabout. As I was nearing the central library, I remembered that there was a book I wanted to go and take a look at (which I'd seen references to last night), so off to the 11th-floor it was. Unfortunately, all I could remember was that the id of that book began with "BF" (and nothing else!), which meant it was practically impossible to quickly find it. Despite this, it turned out I was in luck today: while wandering the shelves, I stumbled across the gem pictured above.

This is the first of a two big red tomes: each is about 3 inches thick, and about the size of a 15-17 inch laptop with 22 x 28 cm pages in a 2-column layout at ~10pt, and weighing about over 7 pounds according to Amazon. The best part though is that, as a self-described reference text for professionals who need/are interested in knowing about this stuff but don't know where to start (perhaps since they are coming from other fields), it is nicely comprehensive text - especially, since it includes some thorough coverage of exactly the kinds of things I've been mulling over for the past few months. Thank goodness the psychologists actually have studied this stuff in detail, and have actually produced some usable models for making use of it! I think I've just found a new favourite book.

However, I should extend a word of warning about this text: Be prepared for the sight of at least some mixture of statistical-calculus and other "math". Then again, this isn't quite the scary stuff that they tortured you with during your math classes (maybe since I know I won't need to be sitting a test on this and need to actually be able to perform some of the symbolic manipulations needed ;) Haha.

In a followup twist, it turns out that the author of one of the latter sections has even posted a PDF of a relevant chapter online - the one I'd just managed to randomly flip to a particularly juicy part of just before having to head off. After taking a more detailed look at it this afternoon, I have to say that I'm impressed - and very glad that I found this absolute gem!
Posted by Aligorith at 4:05 PM