At risk of this sounding like blatant promotional material, I have to say that Karcher's Vacuum Window Cleaner is an absolutely awesome device! 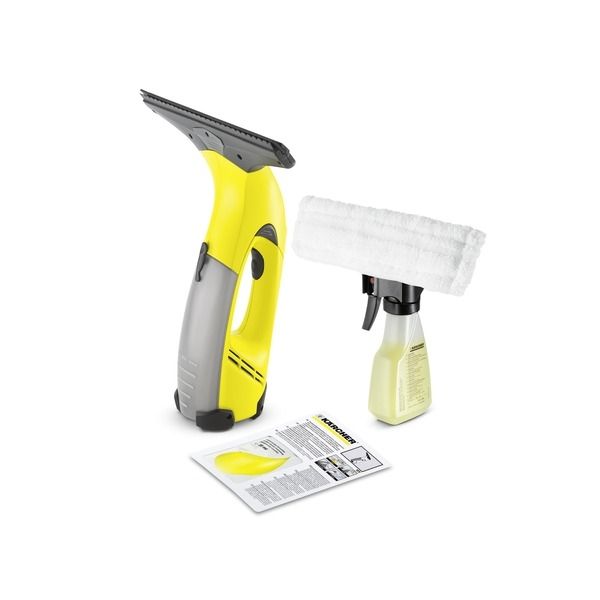 You may initially think: what's the point in having a powertool for cleaning windows? Doesn't the detergent do most of the work anyway? And indeed, that's what we initially thought when seeing the ads. However, the true value of this device lies elsewhere...

Especially in cool and damp climates, such as here in Christchurch, condensation is a MAJOR issue during the winter months. Every morning, your windows are practically dripping wet with condensation (and left untreated, this leads to buildup of mold and mildew, as the water just tends to pool along the bottom). Your car too tends to frequently fog up and fast (i.e. in the late-autumn evenings, within 1 minute of scraping/wiping the moisture off the back of your car, it can fog up again worse than before).

Karcher's product turns out to be the perfect tool for this problem: it's like the worst enemy of moisture on flat surfaces; it's that good. Simply turn it on and start dragging it across the surface to suck up all the moisture, leaving clear + dry glass, without the foggy after-glow that you often get if using a cloth or something which just pushes the water from one place to another (i.e. a wiper blade). You can even tilt it on its side, upside down, on in any other orientation, and it'll still do its job (if that's what it takes)

As a piece of industrial design/engineering, it's also quite a neat little package. Apart from the water tank plug (which can be a bit tough to pull out at times), everything fits together in a simple and easy-to-figure-out way. It's also quite easy to handle, given the comfortable shape of the handle, the placement of the on/off switch in a very convenient/obvious location, and how light weight it is overall (according to one video, it weighs only 700 grams (!), which is less than my camera, and much less than your average vacuum device - e.g. your average handheld vacuum cleaner is probably double that, and anyone who's used a leaf blower knows that those are really heavy beasts which vibrate furiously and are deafening).

Perhaps the only downside is that the (non-replaceable battery) has a usable charge of only about 20 minutes, requiring 2 hours of charging between uses. Then again, if it helps you sort out your condensation issues in < 1 minute per window (for something which may usually have taken 5-10 minutes), this is probably a fair tradeoff :)

All in all, this is a really innovative and well done product. Kudos to the engineers who worked on this for a job well done.
Posted by Aligorith at 4:37 PM