Good news everyone! Blender 2.75 has finally been released, with this lovely splash screen from the Gooseberry project! 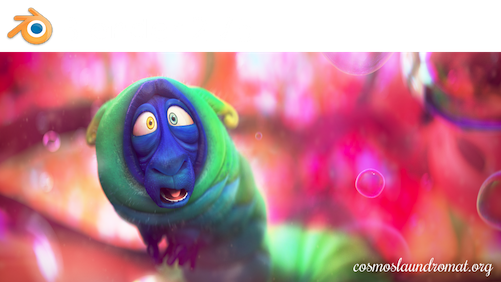 On the animation front, there are several key features in this release:
1) New Dependency Graph - Most driver setups should now work
2) More tools and polish for the Action Management tools -
3) Time and Influence keyframes on NLA Strips now update correctly without lag

Other smaller improvements include:
* Proportional Editing in the Graph Editor
* Realtime Updates (Live Search) for Animation Channel filtering
* Added a new mode ("Selected Keyframes") for the Propagate Pose tool, as well as a shortcut (Alt-F)
* Numeric input now works for the Push, Relax, and Breakdowner tools
* GPencil: Status indicator for Strokes EditMode, and hotkeys for toggling visibility of layers

Full details about all of these can be found on the release notes page, which I've been keeping up to date with all the changes since the start of the release cycle. What I'm going to do here instead is to point out some of the more interesting points, specifically those which relate to things that people have been requesting!


New Dependency Graph
At long last, after several years of work on and off (including my GSoC 2013 project + two months of DevFund work this summer), we have a new dependency graph engine in Blender!

What's the status?
Although the new dependency graph is functional, it is not enabled by default yet. This is because not all areas have been fully tested/converted over to the new system yet. For example, last time I checked, the transform operator still does it's own recalculation magic in places. Some of that magic uses some hardcoded functions for evaluating things (e.g. recalculate all bones in an armature) -- that is, precisely the kinds of things that the new depsgraph was designed and built to replace, as those old functions were the source of many problems with certain rig setups not working (notably driver setups where one bone depended on the transforms of another in the same armature). Now, even though some of this nasty old cruft still lives on, you'll also see that everything else updates properly.

(If you just start Blender normally, you'll just use the old one instead).