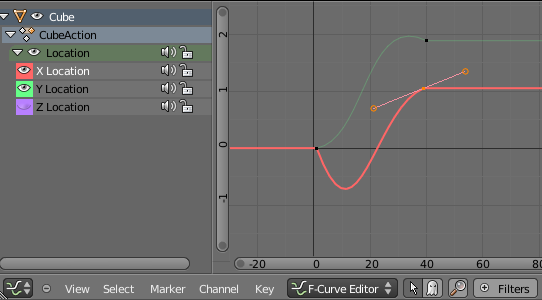 I've just committed a small tweak which makes the active F-Curve draw thicker than non-active ones in the Graph Editor.

Pros:
- It's easier to see which one is active (i.e. the one you're editing), especially with the handle options that most people use.
- Thickness + opacity combined are much stronger than just opacity alone

Cons:
- Perhaps it's less visually accurate - harder to tell exactly where value lies with regard to the curve line. This is a major reason I've avoided doing this before, though I suspect that it's not likely to be that much of an issue in practice (i.e. people will zoom in several times before they need more precision)

Thoughts?
Posted by Aligorith at 12:49 AM