Just a little heads up: if you've been waiting to hear back from me about various things (patch reviews, etc.), hopefully I'll finally get around to clearing this backlog in a day or so, or over this weekend :)

I've just ended up being a bit busier than usual with my research work recently (trying to get an experiment done - recruitment is a PITA with lecture break + having to run people through one by one on the eyetracker, setting up all the data analysis, and updating all the writeups for all that stuff - and pretty much all of that needing to happen around the same time), so things have been getting a bit hectic around here.

In the meantime, hang tight, and I hope to have some nice dev announcements to make shortly when I get around to it! ;)
Posted by Aligorith at 2:42 AM 1 comments 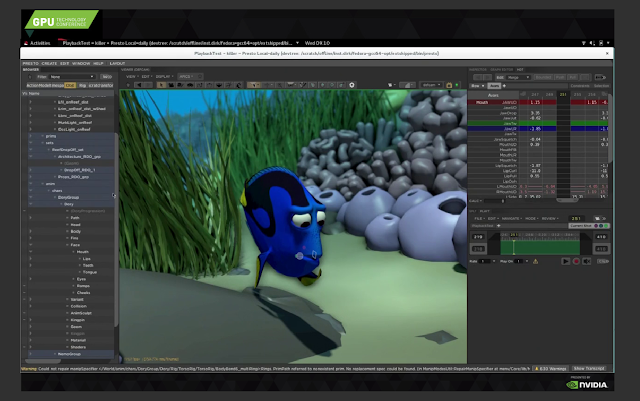 Arrggghh!!!   I wasted quite some time this afternoon tracking down a crash I was getting in one specific case, where it didn't make any sense at all that it was failing. After trying a lot of things to debug the situation, it only dawned on me quite late that it was the build system at fault here: that is, IT WAS CMAKE's fault. Again.

Why am I not surprised? Well, to this day, I still cannot trust that it's going to actually rebuild what I ask it to, when I ask it to, with everything it's supposed to be using. Heck, even finding out if it actually rebuilt the file or whether it skipped over it is not that easy (in short: it's output is a messy verbose dump of internal diarrhea).

Now, even if it did rebuild the file in question, it may have done so with the wrong settings.  Yay to "config first, then build".

Even worse though, is if it silently omits to add certain flags which you'd expect are included as standard-issue features, and requires you to actually manually add it in in every place where you might use it (*1).... The only way you'll know that has happened? After your code mysteriously keeps failing in bizarre ways, after several hours of debugging.

Gah.  And all that for two little buttons that probably won't be used that much anyway!

(*1 - To be fair, the flag-omitting is probably more of a design choice made in our cmake buildscripts. That said, it's a bloody annoying one if you don't know about it!)
(*2 - It's good to finally get this thing off my desk at last... It's been sitting around, blocked while I've had to work on other stuff, for the past few weeks since Easter....)

I had a bit of fun this evening doing some little sketches of my "hedgehog" characters using Grease Pencil (with Antonio's stroke quality tweaks, as found now in master). I gotta say, the stroke quality improvements really do seem to make a massive difference for making these strokes feel a lot nicer to draw with! 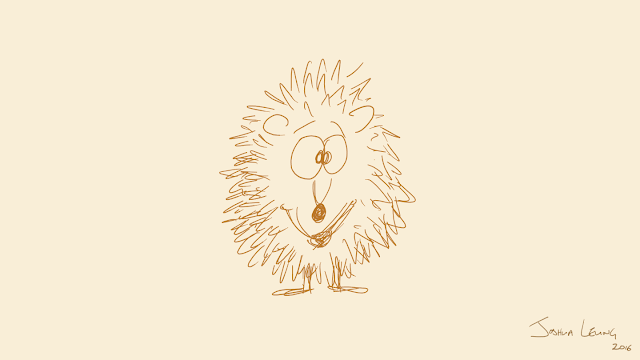 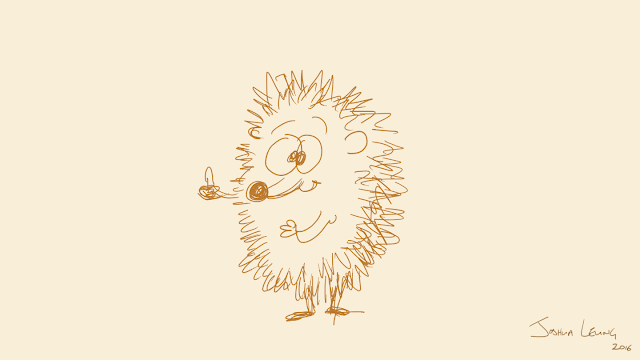 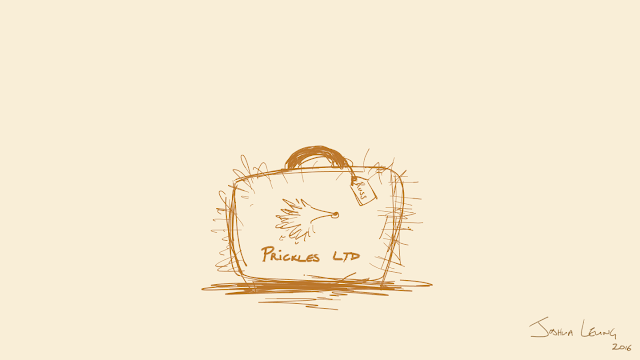 I came up with the basic character design for these a few years ago while attending some particularly boring talks, while some of the characters/elements are ideas I've been toying with on and off for over a decade. They were originally going to be part of a little short film (or more specifically, the opening sequence of that) - with Russ hitchhiking his way home along a deserted, grass-lined moonlit highway, carrying his briefcase, back to his family in the hedgehog colony in the woods. Also, all of this was to have played out against the backdrop of Roger Whittaker's "Good Morning Starshine".