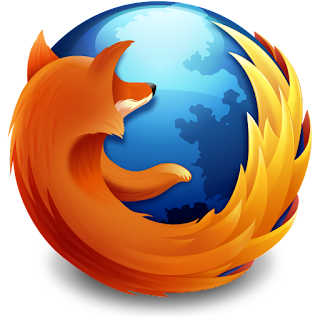 Ordinarily, browser updates these days are usually to be applauded - more HTML 5 goodies now being supported, security updates, and perhaps a few performance tweaks from time to time too! Sometimes there are also some not-so-great tweaks that come along for the ride too. That was the case this time, with the new release bearing a new icon...

Supposedly this is more of a "modern" look - otherwise known as the "flat/metro" (aka "steamrollered  cookie dough") look, the "let's cut out tiny little pieces of coloured paper and layer them on top of each other" crap (otherwise known as "collages" - yuck!), the "OMG!!!! I just discovered the 'Fill' tool in MsPaint, and it is the best thing ever!!! Let's proceed to use it on EVERYTHINGY!!!!" look, or the "I'm a exotic-fairtrade-coffee-swigging 'de-siiiihhh-nnuuh', but damn... this deadline is really tight and my next groupie-reading party starts in 10 minutes... The client probably won't care/know/be-able-to-tell-the-difference if I just send them a bunch of wireframes slapped together in Paint in 5 minutes, and then blabber some eloquent BS about how this is new design is 'eco-friendly' and 'hip'".
</end sarcasm>

Nevertheless, IMO this new icon sucks big time. And none of the reasons proposed by the designers of the new icon really stack up IMO in practice, having now seen it in use in practice.

Myths:
1) "It works better at small sizes" - Wrong! Sure, the old icon wasn't exactly that great when shown at 16px either, but now, they just look like little indeterminate blurry smudge-blobs (which seem to have also shrunken a bit after a whisk through the drier)...

2) "Excess [blah] details removed for clarity" - Huh? Well, if you define clarity as "easier to apply the Fill tool, or maybe the fill tool with a little tolerance on color variations", then I guess you could argue that point. I also have to question whether there's now any clarity left as to what exactly that blue orb is - any islands which used to be visible are now nearly completely invisible, even on the larger sized icons!

3) "High gloss removed on [blah], for better contrast" - Nope. If anything, you've now just completely diluted any hope of having any contrast. Now there's just 50 shades of gray blue, hovering within the same 25% of luminosity values.


Granted, there were one or two tweaks which aren't that bad (notably the arm/shoulder thing, and perhaps the old one was just far too tough on most of the wimpier SVG renderers out there to handle). But it really seems to have taken that bloody "one-size-fits-all" approach pushed by a certain company, where mobile design = desktop design (*ahem*) despite the vastly different display areas offered by each.

Some other general gripes I have with this design are:
4) Although their stated goal was to optimise for smaller displays (and indeed, in those cases, simplifications could be useful in some cases), it just seems that they've done this at the expense of neglecting other/larger form factors where the icons may be used (where more detail can be supported easily, and is IMO even necessary if you want to avoid looking like how a chicken being strangled would sound)

5) In many places where the icon is used (aka desktops, app-lists, home screens, etc.) there are usually background pictures/wallpapers in use. This new icon is in some cases quite hard to pick out from such backgrounds. More likely than not, it was tested on just plain coloured backgrounds - and usually either to the darker end (aka the blue they use as the background for the icons comparison) or the lighter end (white/light gray used on main page). But for everything else, it just sits too much in the "middle dull zone" to really be easily noticed within a set of items"

6) Put simply, it just looks dull and drab everywhere it appears, whereas the previous one was quite sleek and a sight to behold. It looked especially good on the starting page, where it was a pleasure to see it every day when opening up the browser. The same cannot be said of this new "flattened blob". 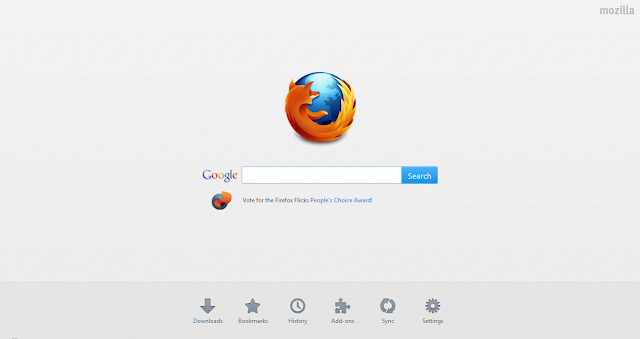 The old icon on the start page - like a shining, inviting beacon to start accessing the web...

Maybe this reflects a bit the shift in their overall strategy - from "web browsers will be the all-powerful up-and-coming shiny portal to the web and all your computing needs" (this was back in 2009-ish), to the situation now of "So, web-apps and the web in general are now finally taking off as where it's all at now at last... The focus now should be more on the content-in-the-frame to shine (as many are effectively full-blown apps on their own right) versus "the frame/host" being the big focus". Thus the deliberate dulling of the actual browser-brand's logo/identity to be "something in the background" through and through. Still, I obviously don't agree with this either.


Anyways, after quite a bit of effort, I managed to locate a copy of a zip with all the old icons - png's and ico's in them. Unfortunately, this wasn't before they started moving over to the new icons in many places, so finding this set turned out to have been much trickier than when the old icon was still in use everywhere (at least it might've been easier to find an official svg download!)

Although there's not much I can do about any of the icons displayed within the program (short of recompiling it from source myself, which is, from what I gather, quite involved as anything of this size/complexity tends to be), I have managed so far to replace the desktop icon with the one from the set I found. So, at the very least, finding Firefox from my desktop shouldn't be too much of a hassle. Perhaps when I get time, I'll also tinker around with one of those stylesheet-hacking extensions to deal with those icons displayed as images on certain pages (included the home screens).