5 Years On - An Eerie Day of Parallels

It's that time of year again - a day on which we Cantabrians reflect on a traumatic event which caused immense death, destruction, pain, and anxiety... the deadly February 22, 2011 earthquake at 12:51pm which forever changed the face of the city. This year marks 5 years since that event (a milestone of sorts). Somewhat morbidly, there were quite a few eerie similarities between that day and today... 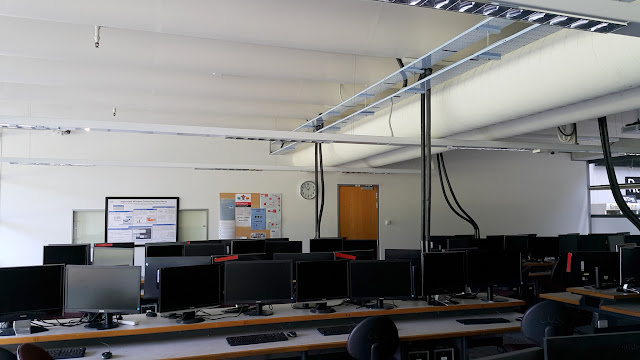 
First on the eerie similarities list is how, just like 5 years ago, I needed to be on campus at 11am, but once again, I ran into some trouble trying to find a suitable parking space, so ended up in the the UCSA carpark. I rarely park in that carpark - heck, I've probably only parked there twice in as many years... both February 22's.

Fortunately, some things were different this time:
1) I still had a parking coupon handy, instead of scrambling around like a madman trying to find a working parking meter (there were none last time I was here... the only one present was out of commission at the time, which only made things worse at that point)..

2) Last time I was still attending classes. This time, I was teaching a class!

The next hour or so was pretty uneventful... maybe just maybe we'd just get through this day unscathed!

Alas, it was not to be. Pretty much bang on the dot, the power in our building went out around 12:51pm. One moment, there was power. The next, all the computer screens went dark, the overhead lights went off, and the air conditioning shut off. Boof!  Just like it would've after the quakes 5 years ago... *gulp* 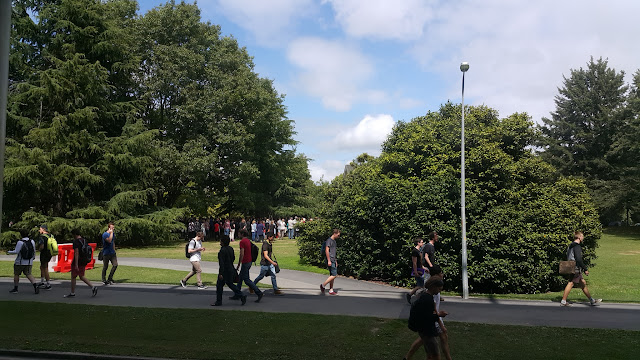 What perfect timing! Just as the lab was "officially supposed to end" - making it easy for us to draw the session to a close. Meanwhile, outside, a small crowd was gathering for a small memorial service being held to mark the occasion, while hoards of students streamed past oblivious to the unfolding events. 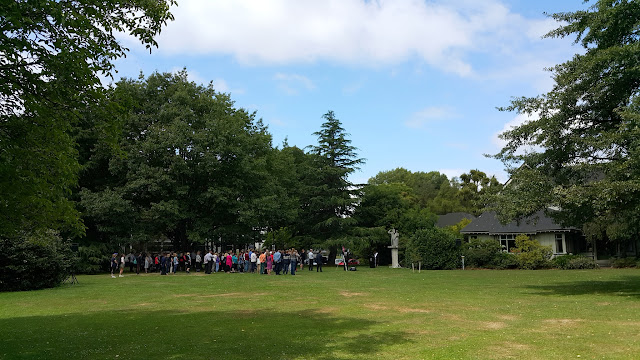 At the time, it was hard to believe what we were seeing... Was it some kind of deliberate ploy/plot by senior management to force everyone to take a moment to stop their work, reflect on the moment, and honour those who lost their lives 5 years ago under tragic circumstances? (If so, what about all the poor people who had unsaved work still in progress? Not to mention the state of the Tobii after this... given that it often breaks down after each power fault - hopefully it's fine, or else it could mandate some changes to my research plans!)

Only when a second, more deliberate and well-announced outage later in the day, from 3 to 3:20, did it start becoming clearer that whatever had happened may have been somewhat accidental - maybe some construction worker next door had severed or bumped something? Or maybe it'd been planned all along, just not announced to people who they didn't think would be affected? ...

Fortunately, the cause turned out to be something more surprising and less contentious: Apparently, a few weeks/months ago, they had to cut the power to the building that they could replace some damaged mains - (water supply IIRC, but it might've also affected the power). In any case, they ended up putting in place some temporary power supply system, which worked fine enough over the summer. Unfortunately, it turns out that once everyone returned, the power usage in the building was such that all of a sudden, the poor system couldn't cope! Boof! Out went the power... a quick patch up got some of these systems back up and running again, but even then, the demand was too strong, prompting urgent maintenance action to shut things off again (announced in advance this time), where they would switch us over to a more reliably system :)

Feb22, 2016 will also be notable as the day when we bid farewell to a long-time resident of our living room... Due to some changes in how a local TV provider is providing access to TV content from Hong Kong (i.e. changing from a Sky TV satellite-based distribution method, to an internet-based "TVB Anywhere" model), and a messy changeover period with the two billing cutoff dates out of sync with each other, it turned out that we would need to return our old Sky decoder + all it's cables today, or else they'd bill for another month of service. Truth be told, I'm not sure why they really want to force everyone to do that, as some of the decoders we have are likely to be the old models - relics from ages ago already.... If they just wanted to stop us freeloading from the networks, they could just ask that we hand back the smartcard/chip :P   (well.... I guess that some of the more savvy out there may have been able to find a way to read/clone the contents of that card, thus being able to get up to quite some hijinks :)
Posted by Aligorith at 11:51 PM