So... making these pose tests can get quite fun is a lot of fun.


Starting with a few poses I'd been thinking about since yesterday (but didn't manage to do yet), I started making copies of them and tinkering with small details a bit. This quickly and naturally lead to little progression-sequences, like the one above.


Notes for getting higher-fidelity viewport previews
Yesterday I was having a lot of trouble trying to see what the poses would actually look like, resorting to regularly doing renders to check if the pose looked ok. The "textured" draw modes were also not much use, as they were either flat-shaded (losing shading cues completely) or in the case of GLSL, too slow to pose and with weird drawing artifacts (the surface looked like heaps of coloured post-it notes stuck on top). 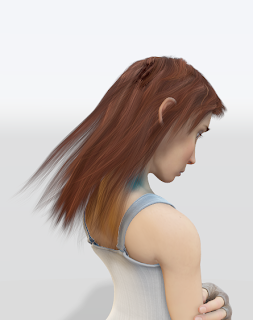 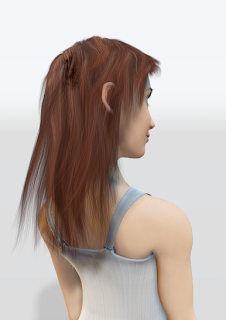 Fortunately, while tinkering around this morning, I think I found the "optimal setup" (for getting good viewport feedback while posing). Simply enable "Textured Solid" (under "Display" Tab in Properties/NKEY Region in 3D View) and then just use standard "Solid" shading mode in the viewport. Doing this maintains the speed and shading cues of plain "solid" mode, as well as the benefits of seeing how the textures will affect the look of the pose. Yay! 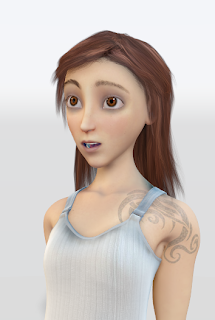 To set it up for linking, assuming that you only want the standard renderable rig and not the proxy version (that's on layer 3, if you want it), add the following objects to a new group:
This can be done simply by selecting the rig and then Shift-G (Select Grouped) :: Children, which will select most of these for you, and then adding these to a new group using Ctrl-G (Make Group).

However, the highlighted object above (GEO-deformation_cage) will NOT be included by this method by default, and will cause you grief after linking the rig to a shot file, as large parts of the rig will not work. To add this to the group as well, you'll need to enable Layer 20 to get to this object, and then manually add it to the group that the rest of the objects were added to (via the Groups panel under the Object tab in the Properties Editor).

While you're there in the Properties Editor, it would pay to change the name of the group to something more obvious, i.e. "Sintel". Also, to ensure that only useful layers will show up in the linked-rig (i.e. the deform cage isn't in the way), change the "layer" settings for this group to only include the first 4 layers, which are the layers containing the main objects for the rig.

Once you've got this set, you should be good to go. Just link (not append) in the Group, then Ctrl-Alt-P (Make Proxy) and choose "rig" from the searchbox (you may need to clear the supplied text there first) to make the rig a proxy-object that you can pose in the new shot file. Now, simply enter Pose Mode on the armature, and animate away.

Assorted notes:
- The rig UI stuff gets hooked up automatically along with the rig. I'm not sure yet how this gets linked to the rig so that relinking it will run the script too, but whatever the mechanism, this makes things much smoother.
- There were some hair collision proxies in the "lite" file that probably should be included in this group as well, though they are not essential to the rig function (only to hair sims, which could be done later)
- The meta-rig in the file is not needed (it's on layer 20, and was used to generate the rig using Rigify, but you don't need to include this in the rig group for relinking).
Posted by Aligorith at 10:09 PM