With the progressive reopening (sometimes temporarily only) of the CBD, us Cantabs have a new passtime over the weekends: roaming, gawking, and "reclaiming" our battered city. 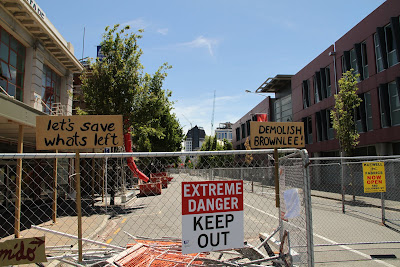 Last weekend, I headed off on foot to an area I haven't seen in months, which is hidden from view to passing traffic behind copious amounts of chicken-wire fencing placed in odd arrangements and the odd army sentry holed away in one of the wooden huts manning the checkpoints.

Clearly a "heritage building" - one of the few remaining ones - that is worth being preserved. 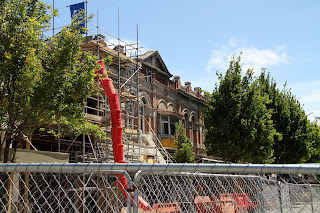 Not much left here... This segment of road is not open to traffic of the wheeled kind without some tricky navigation - foot traffic only. 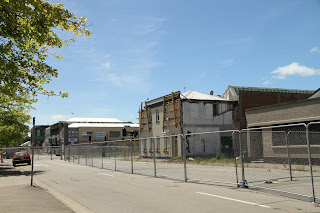 "The taxman has put paid to the plumbers!" - The remains of a plumbing store, overlooked by the towering and ugly HQ of the tax department (behind which, stood the infamous CTV building, where hundreds of lives were lost). 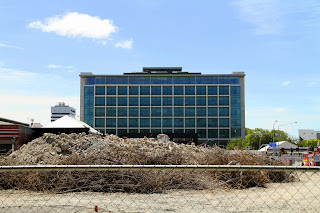 These old buildings had been done up in past few years, and were starting to take off as a high fashion metropolitean area. Quakey quakey dealt to that! 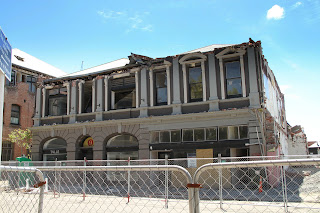 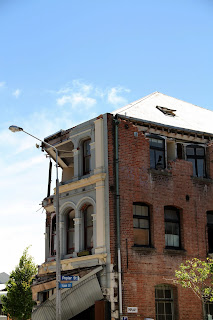 Last bastion of a bygone era: "Alice in Videoland" in the middle of a warzone. 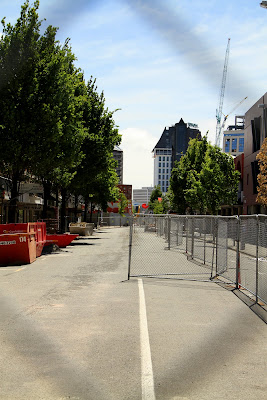 The quakes have revealed a lot of previously hidden stuff, such as that yellow building with music notes on it, or the beautiful stained glass windows of the Mackenzie and Willis Store. 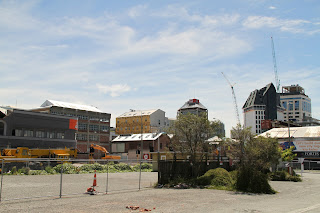 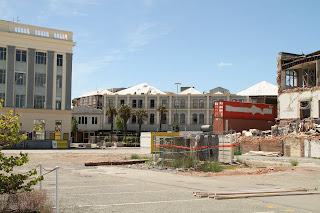 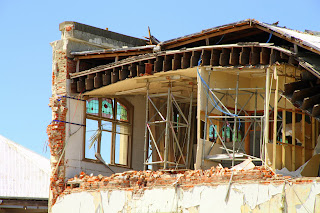 Slowly, the Grand Chancellor becomes no more, as it is demolished floor by floor. 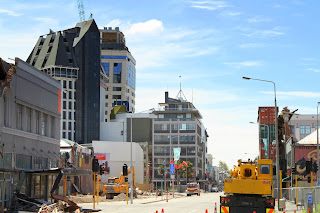 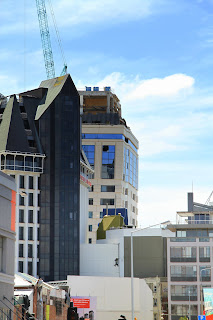 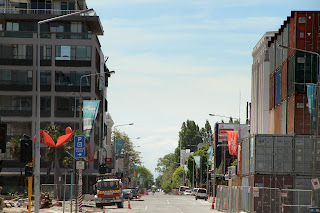 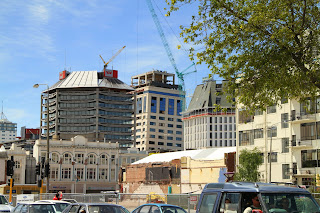 On a brighter note, I also came across some interesting graffiti around the place: 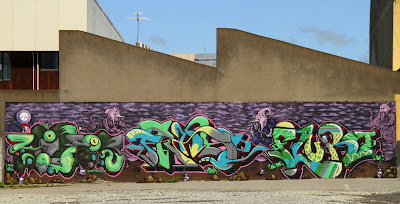 A colourful mural of some sort. No idea what it says tho! 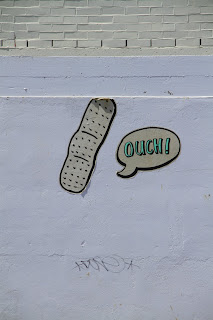 The bandages have been appearing all around the place, especially over holes in walls. Another one I've seen reads "This'll make it better"... Yeah Right!
Posted by Aligorith at 7:06 PM