Firstly, I've taken the feedback I've received in response to my earlier post regarding the indicator displays for Auto Keying, and created an improved version. This has now been committed to SVN so that you can all have a play with this. 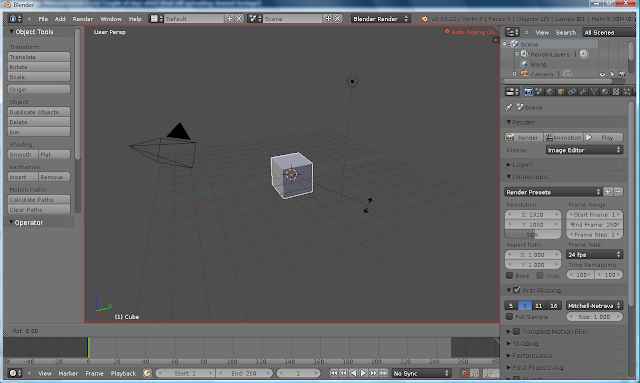 The key changes since last time are that the border is now 1px wide, solid, and doesn't blink. When testing this, it was immediately more readable/noticeable than the previous version, while also being less distracting. Thanks for the suggestions and feedback guys! Let's try this version out for a while and see if it needs further tweaks :) 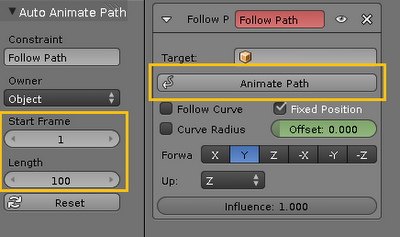 The "Animate Path" operator can be used to easily create default animation for Follow Path constraints, with options to easily set the start frame and length of animation. This should simplify things for most people who only want to create quick fly-arounds of their models without getting into the finer points of adjusting the generator modifiers or keyframing the relevant bits and pieces.

In fact, the idea for this has been lying around on one of my todo lists for a few months now. Only now have I had time to look into it.

Posted by Aligorith at 4:23 AM