Last night, for the first time in ages I did some random doodling to relax a bit before heading to bed. Inspired by one of these, I spent a few hours tonight trying to convert these pencil sketches to 3D renders :) 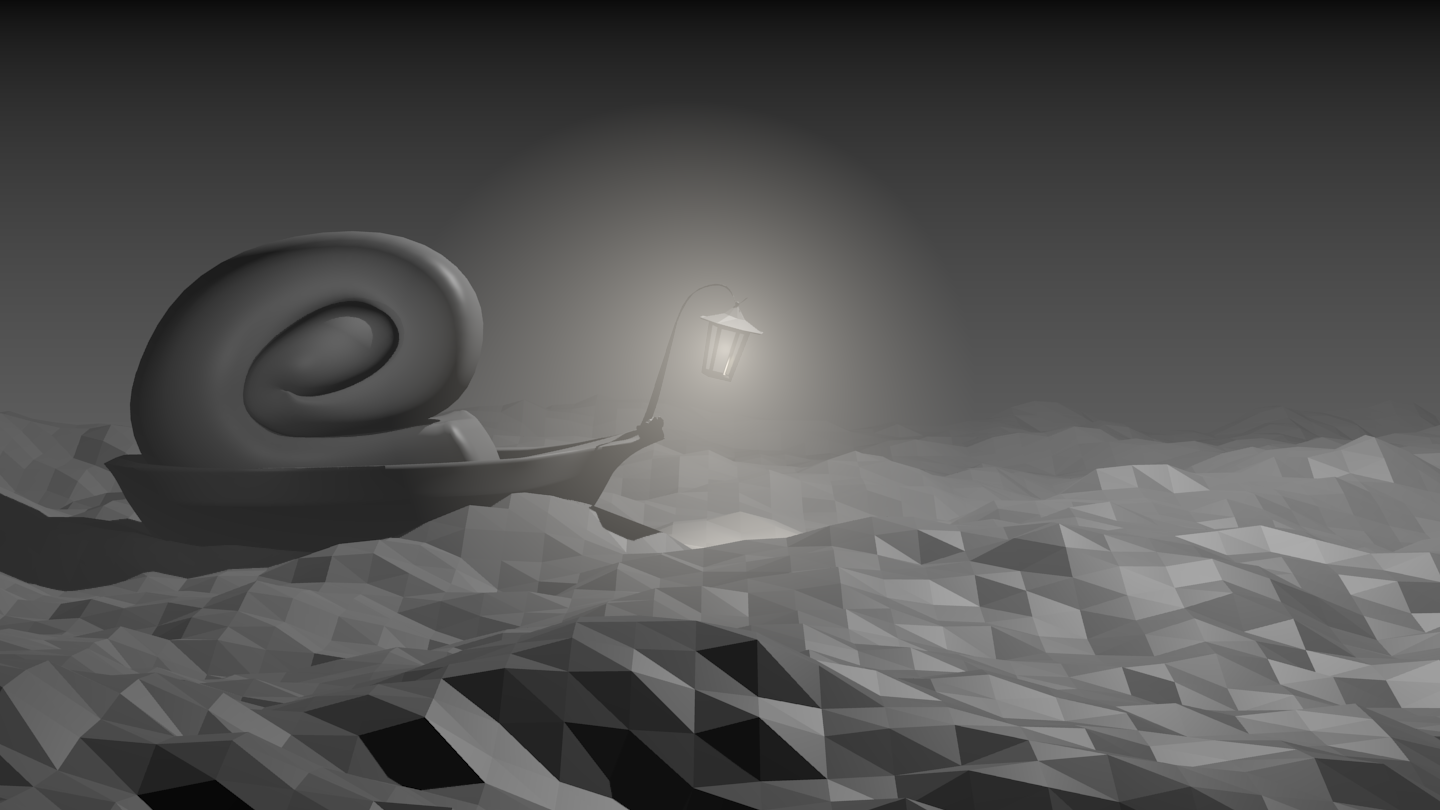 Technical Details:
* Rendered using Blender Internal.
* No compositing used.
* There are no materials on any of the meshes. (The only material used was to get a "glass" effect on the lantern so that the insides of that could be seen.
* Bugreports arising from this project: 1  (i.e. master currently crashes when rendering spotlight halos, but doesn't have any issues when using the viewport preview)


Interesting Tips and Tricks Used:
1) To get the atmospheric effects (i.e. glow) around the lantern, I used the "halo" feature for spotlights with a spotlight specially pointed at the camera.
This is a "cheap" way of getting this kind of effect, without having to do it in comp or by using expensive volumetric rendering. I just about forgot how to do this, until I remembered that the ebook promo video I did last year had a similar effect in one shot.

You need to point the spotlight with the halo at the camera so that you get the round cross-section. Otherwise, you're left with a triangular/conical halo ray instead, which isn't what you want.

2) Low-Poly Waves
For the turbulent waves, I ended up using a triangulated grid (78 x 78 IIRC) with a displace modifier on top (using a clouds texture). The grid was triangulated to get a bit more itty-bitty detail, to get a stylised geometric ocean surface. I then applied a displace modifier to this (the first time I've used it, actually) to get some jitter/noise/turbulence into the geometry. It worked a lot better than expected, and looks quite decent, though it's still not exactly what I'd originally been going for.


Art Notes:
* Once again, this features one of these spiral/snail-shell/koru shapes. That's because for some reason, I find these really easy, fun, and relaxing to draw ;)  Hence, why we have one of these here again.

* Originally, I'd been intending to make this coloured - using various shades of blue (i.e. either the medium blue-purples, or the teal-blue range, with a warm orange for the lantern glow). However, after seeing the raw geometry just lit using the simple point lights, I kindof liked what I saw! 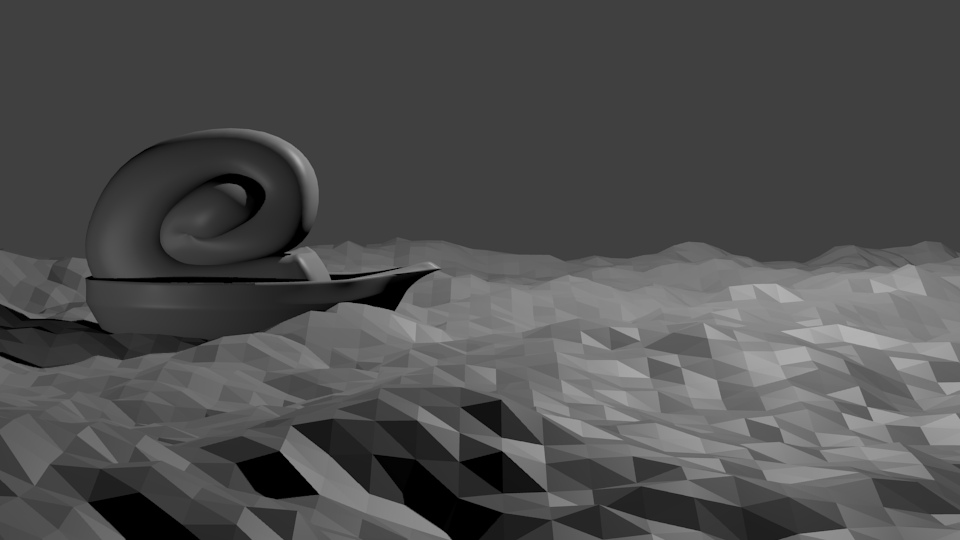 First render - Basic point lights only. This convinced me to just leave this black and white.


* TBH, I'm not totally happy with the lighting of the curl in the render at the top. However, it seems a lot more readable than the alternative... 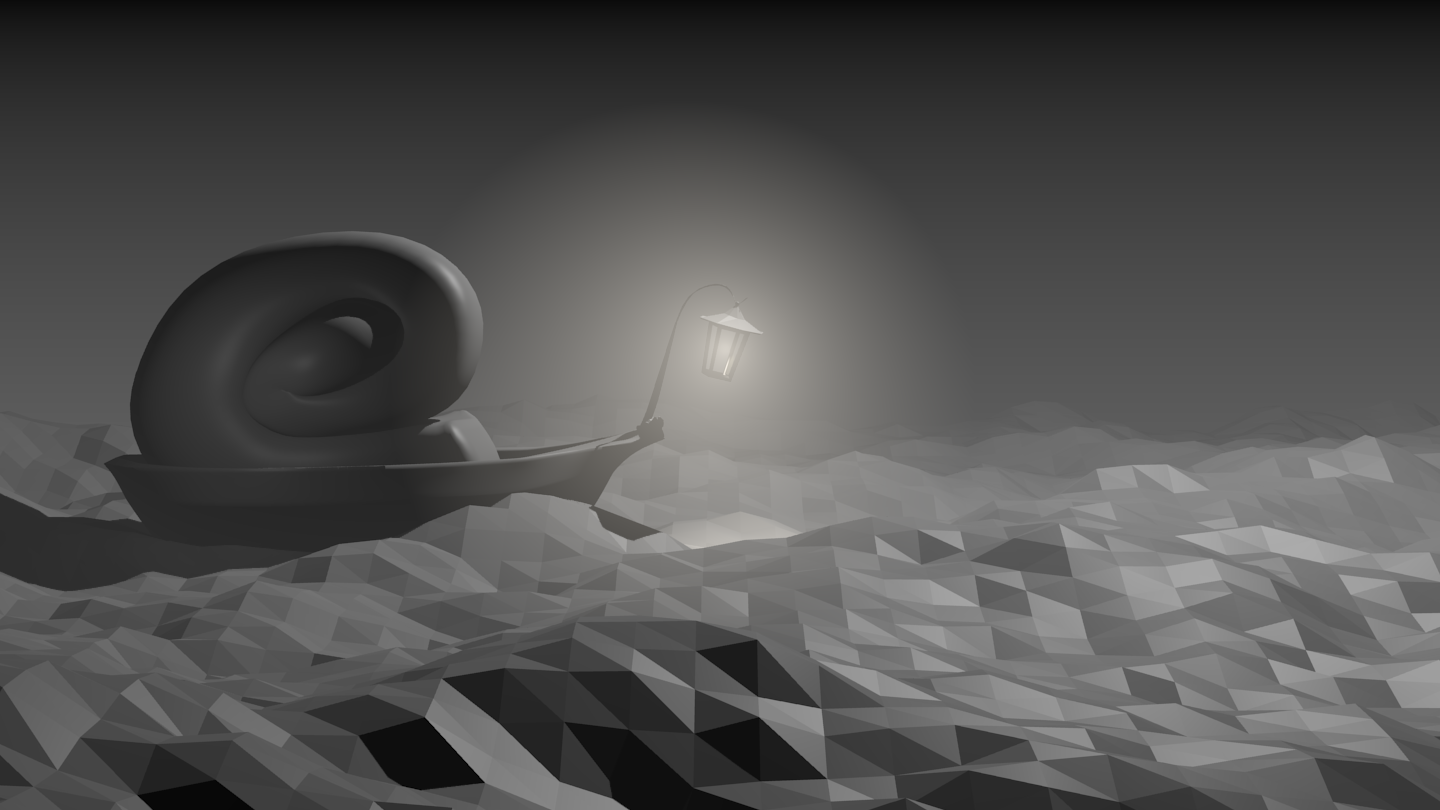 Alternative render: Less fill light on the curl. This one has a bit more mystery to it, but it does make the pose a bit harder to read.


* Finally, here is the sketch that inspired this image. There was another one which I'd like to tackle sometime later too... 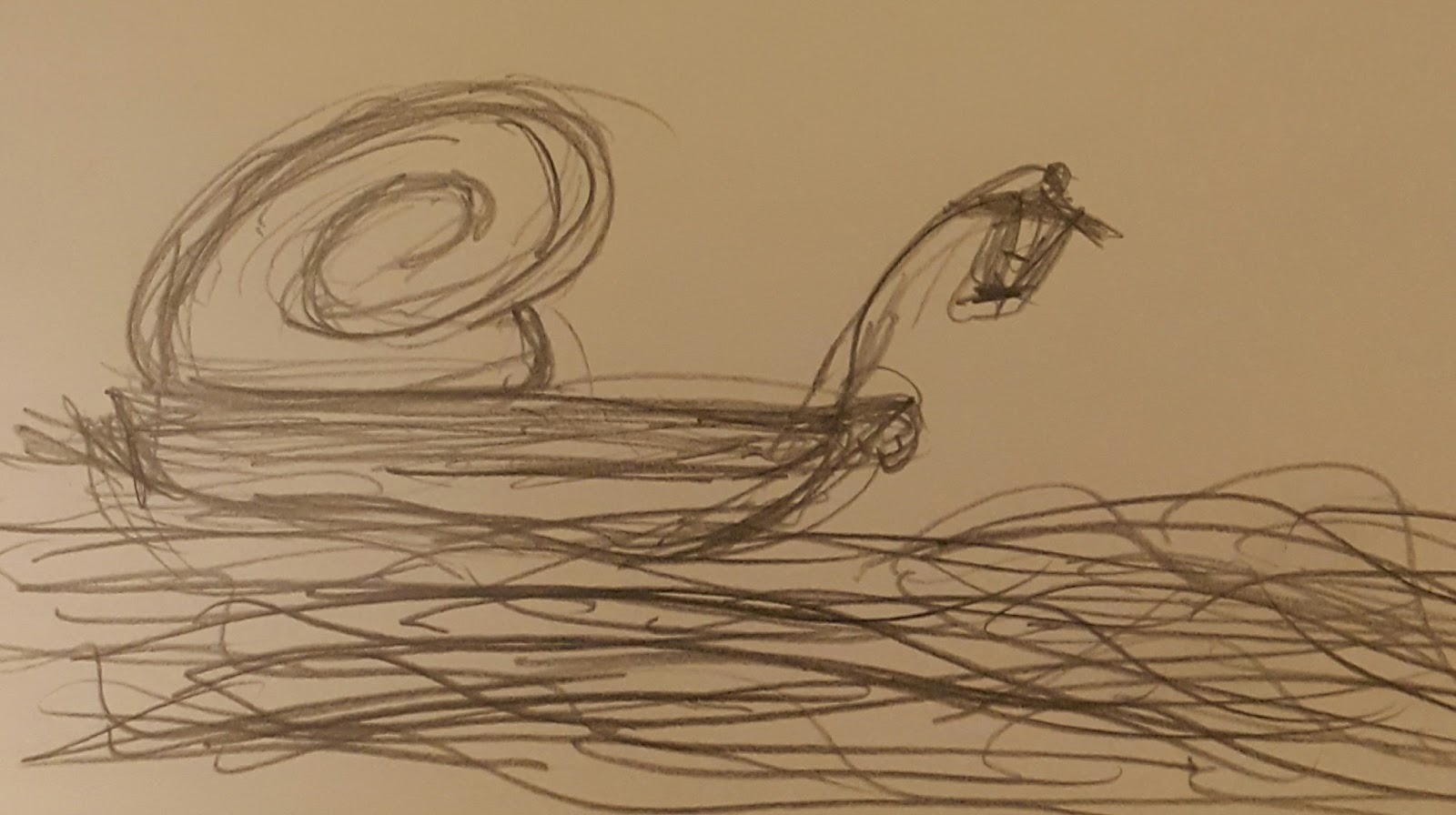 Posted by Aligorith at 2:37 AM