In recent months, there's been a battle brewing on the supermarket shelves for supremacy of the premium chocolate milk. The two contenders are: 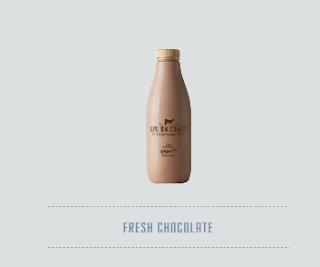 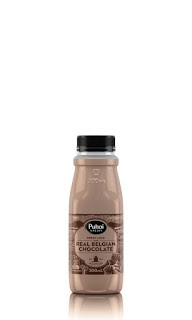 
This weekend, I've finally tried both, together, in the same sitting. Here is my review of how they stack up against each other.

(Full Disclosure: This was already the second bottle of Puhoi Valley (chocolate) we'd gotten, and the first Lewis Road (chocolate). We'd previously tried the Vanilla and Coffee flavours from Lewis Road too.)

Overall Verdict
Each shines in its own way. Which one you prefer depends a lot on which of these aspects you value the most. Of course, if you're comparing either one to the standard chocolate flavoured milks which have been on the market for years - you know, the Meadow Freshes, the Primos, and the like - it's really no competition; these ones blow those out of the water!

* My own preference:  Puhoi Valley


Lewis Road Creamery
A few months back (or was it last year), there was a bit of a fuss up in the North Island about a new brand of chocolate milk which had just started hitting the shelves, and was flying out the door as soon as it touched down. There was the social media frenzy, and talk of a developing black market! The chief selling point: they used real Whittakers chocolate in their milk, which was apparently miles ahead of anything else on the market!  (For any kiwi chocolate lovers, you'll probably know that when it comes to the major chocolate brands here, Whittakers is the awesome tasty stuff with real substance + taste, while Cadbury is the cheap + melty/gooey "light" stuff. I'll reference this comparison again later in a moment)

But, us South Islanders had to wait till a few months ago to finally get a taste for ourselves! Nearly a whole year after the folks up in Auckland got there first. Again. Bah!  :P

So, about 3 months ago, we finally started seeing Lewis Road on the shelves. It was probably a good few weeks after the announcements were made on the news that they were now being stocked in supermarkets down here. Initially though, it was only in a few of the supermarkets we went to, and only vanilla and coffee were available when we first tried. Truth be told, I didn't get what the fuss was about with those first two - the vanilla was plain/nothing special, while the coffee was one of those strong + bitter coffee flavours (which if you're into that kinda thing, is probably something you'd enjoy more than me). So, nothing to really crow about in my books.


Puhoi Valley
Puhoi Valley has traditionally been a maker of cheese and ice cream, with a few very well regarded flavours of each of those. In terms of milk though, it's a much more recent entrant in that market, as explained during a recent newspaper article in The Press.


How this Test Came About
We'd just opened our second bottle of the good stuff from Puhoi Valley about midweek, and had just enough for another large glass left in the fridge ("as a treat for later"... *cough cough*). This second bottle came about as I had been absolutely blown away by the awesomeness of the first bottle, that dad wanted to try too (but somehow... *errr.... umm....* a "little" miscommunication meant that he ended up missing out on it); hence, a second bottle was in order, haha!

Anyways, so we were at the supermarket, stocking up on things for the week when we came across the Lewis Road and Puhoi Valley in the fridge side by side, and inspiration struck: Why don't we get a bottle of the Lewis Road to compare the two, while we still have some of the other left in the fridge!  (Perhaps as a sign of things to come, it's worth noting at this point that there were like 4 bottles of Puhoi Valley left in a lonely cluster, while there were still quite 2 rows (but still also mostly empty) of Lewis Road left).

With both bottles of goodness in our fridge, it was time to unleash the taste test!

The Taste Test
At risk of biasing this any further than I had already, I tasted some of the Puhoi Valley first... In retrospect (and knowing what I did about the two milks after my first few sips), this may have been even more of a mistake than I realised at the time.

Puhoi Valley
The Puhoi Valley chocolate milk has a really strong and rich chocolate flavour. Not just any chocolate, but dark chocolate, with all the complicated flavours and textures that has.

Every time I drink this, the image that comes to mind is that of one of those rich + messy iced chocolate drinks you may get at some really homely cafes travelling out in the country. I'll try describing what that's like: so, you're drinking this glass (which would of course be one of those fancy tall glasses, similar to the ones traditionally used to serve milkshakes) of this freshly chilled and slightly frothy (from the mixing/shaking) standard (or even full-cream) milk, that has had heaps and heaps of large flakes of dark chocolate dropped into it and then stirred up really really good until it was blended together into a smooth frothy concoction! To help you picture the taste, imagine that the chocolate flakes would look like they had been scraped off a thick slab of (slightly hard) dark chocolate made from those "Flake" chocolate bars, using an ice cream scoop, causing each to curve in a bit of a c-shaped husk, while maintaining those grooves along the spine of the curve, and that these flakes had been smoothly blended into every drop of the milk. Now, imagine that that glass may also be topped off (as is typical in these places), with some chocolate sauce + freshly whipped cream on top, and maybe with some extra cocoa power dusted over the top and on the plate. Got that taste in your mouth yet, or have you started drooling already? ;)

Basically, from the very first sip, this milk leaves a very strong impression on your tastebuds, lingering long afterwards too!


Lewis Road
In comparison, the flavour of the Lewis Road milk is a lot more subtle. You have to really give it time to sit in your mouth for a moment, before the chocolate flavour really melts into your tastebuds. It's like taking a block/square of soft milk chocolate, with rounded corners such that it looks more like a pillow, and placing it on your tongue, while triggering a slow-expanding silky + gooey chocolate flood that gradually flows down and around, enveloping your tongue in this silky smooth goodness. And then, only then, do you start to taste the smooth milk-chocolatey flavour of this milk.

As it's a milk-chocolate taste, it's a lot "lighter", "smoother/softer/gooey-er", and slightly more on the sweet vs bitter end of chocolate tastes. Basically, to use the analogy I introduced earlier, although the Lewis Road milk uses Whittakers chocolate, IMO it instead seems that it's really the Puhoi Valley which uses the traditional Whittakers rich chocolate while the Lewis Road uses the Cadbury.

Now, as I alluded to earlier, with the Lewis Road, it's really the texture of the milk that the real star attraction. It's a really silky smooth experience, with a sort of creamy/full-cream thickness to it (whereas the Puhoi Valley really feels a lot lighter).


Closing Words
I hope you've enjoyed reading this little review.  (Well, maybe it mightn't have been quite so "fun" if you're stuck on the other side of the world right now, now eager/champing-at-the-bit to have a taste for yourself, but are unable to do so anytime soon due to the geographical barriers :P)   If the latter does apply to you, Tourism NZ would be very pleased to be blessed with your presence on our shores (well... unless you're one of those bloody terrorists... no offence intended ;)
Posted by Aligorith at 7:51 PM