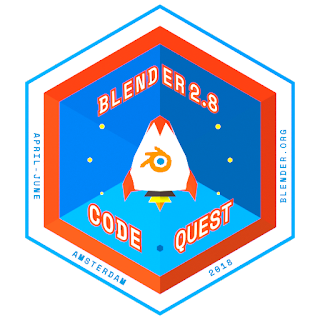 Week 0
After effectively spending 2 whole days travelling (or technically, something like 26+ hours in the air, and 6-7 more in transit in Singapore), I finally arrived in Amsterdam with Mum and Dad.  We spent the first few days doing touristy things, taking tours, walking around figuring out where things were, and also settling in (i.e. getting food, unpacking, etc.). Surprisingly, the jet-lag wasn't too bad (apart from having a weird 3-hours awake, 1-3 hours asleep thing going on the first day).

I've been meaning to put up some posts about my adventures in Amsterdam, but I still have heaps of photos I need to process and upload from my travels, and that's currently severely restricted by the laptop problems (i.e. just going through photos and adjusting can easily eat up of 1 battery charge cycle, and then processing + uploading eats another half). That said, the one positive is that the internet in my apartment is really nice and fast for uploading stuff, so that's kindof cool!  (That is something I will miss a bit heading home... what may take several minutes, and fail partway due to slow upload speeds + dropped connections takes < 1 minute here, and always works!)

Week 1
This week was the kickoff week, and was mostly consumed by "all hands" meetings (and then smaller sub-committee meetings, of which there were also many), where we sat around for 1-2 hours at a time, attending consecutive meetings to flesh out what the current status was, what needed to be done, and the designs that we should use to get there. It was great to be able to spent time debating (sometimes vigorously) these things in person with people I've know for years. That said, for a bunch of coders used to working online, in isolation for hours at a time, it was also quite a change (and challenge) sitting through so many hours of social contact a day XD

It wasn't really until the end of the week that I finally started getting time to get some "actual" stuff done:

Outside of work, this week was also notable as for the first time ever I'd cooked a meal for myself - Thursday night dinner after work to be precise! (Making the achievement all the more amazing is that up till Wednesday night, I hadn't been able to even turn the gas stove on!). I backed this feat up a number of times the following days too, proving it wasn't just a fluke :)


Week 2
This week, the pieces started falling into place, and we started executing on the stuff that we'd been planning to work on. It was also a week with ups and downs, with several big highlights.

Other Stuff
On Sunday, I went on a tour of several Dutch cities: Rotterdam, Delft, and the Hague.

The Good:
The Bad:

Week 3
This week was a short one (due to Kings Day on Friday), and also one where my memory of event starts getting a little hazy.

Kings Day:
Wow... where to begin! This probably deserves its own post at some point, but it was quite a bewildering and baffling experience around the office - a usually quiet area suddenly turned into a crowded and crazy marketplace where everyone was selling all their junk. And in many cases, it was very literally trash! And then there were all the happenings in the downtown area!

Week 4
This week was a story of fighting fires both on and off the field (aka the "super janitor" week). (It was also the week I ended up giving up cooking, as it was one more hassle I could do without... even though that did mean I ended up having to let some of my favourite broccoli go to waste :(

Things started going bad on Sunday morning, when, during the hot water heater started dying near the end of my shower. By Monday morning, things had started getting bad - the water heater was constantly dying (in fact, I woke up to a cold room as the thing had died overnight) - and only stayed alive long enough to wash my hair with lukewarm water before it died outright. By Tuesday, it was literally impossible to take a shower :(   We ended up contacting the landlord, and got the water boiler replaced. Finally, we had hot water again! What a revelation! Unfortunately, the problems returned last night with a water leak! Cue another round of water shortages/issues...

Meanwhile, in the office, I spent most of the week fixing bugs with operators (mainly with armatures - posing and editing). The good news is that we've been making some solid progress here, but the downside is that the leftover ones are all quite tricky yet important to get working!  More work continues next week!

In terms of the Grease Pencil branch, I've also been spending a lot of time getting the branch working with all the changes in 2.8, AND trying to clean up all the issues in the code (both existing, and those caused by the refactors/2.8 changes, etc.)  Currently, there's still a lot of work ahead to get this back to a stable state :(

Perhaps the brightest moment of the week was when we had the water working again at last mid-week, and I managed to find some time to have a walk in the park-like areas across the road from our apartment. I'd been wanting to do this for weeks now, but the weather and other things kept getting in my way. Anyways, it was a really relaxing experience, and I certainly need to return to explore in more depth!


Summary
Overall, it's been fun getting to hang out with everyone in the office. Despite the issues, I've been really enjoying my time here in Amsterdam.  There are lots of other things I'd like to mention, but I'll leave those stories for another time. Now, it's time to head off! Until next time :)
Posted by Aligorith at 6:11 AM