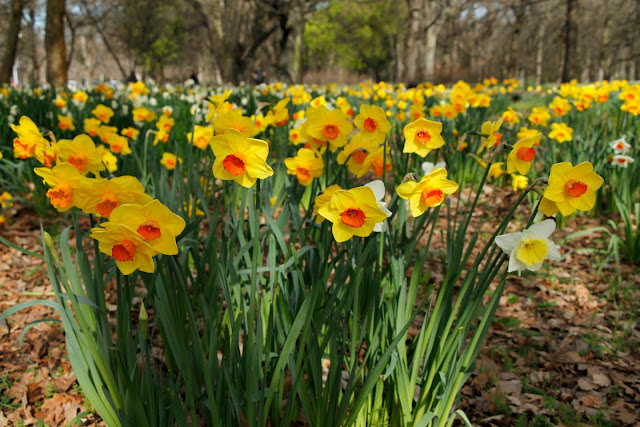 Since discovering the daffodils in Little Hagley Park - aka "Mini Keukenhof" - on the corner of Riccarton Ave, Deans Ave, Riccarton Rd, etc. opposite Monster Chicken, I've been thoroughly impressed by the daffodils on show there every year. Particularly as there are so many of these lovely ones with yellow petals and orange trumpets (my absolute favourites), some of my 2nd favourite "golden harvest" ones (i.e. large flowers with large white petals, and a large + wide yellow trumpet, which initially appears as quite a dark rich egg-yolk yellow, but fades quickly to a custard yellow and even white after it rains) pictured above on the front right, and a whole bunch of snowdrops too! 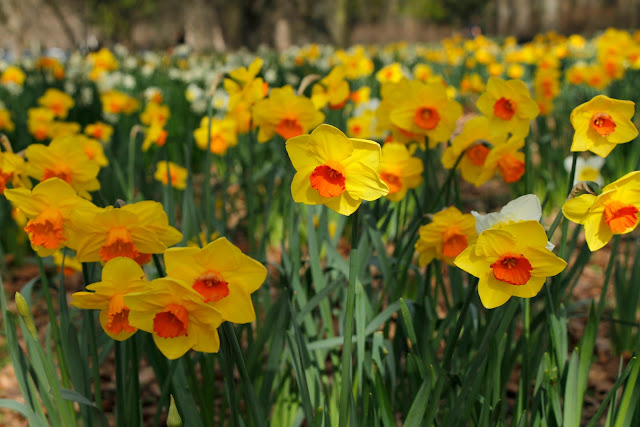 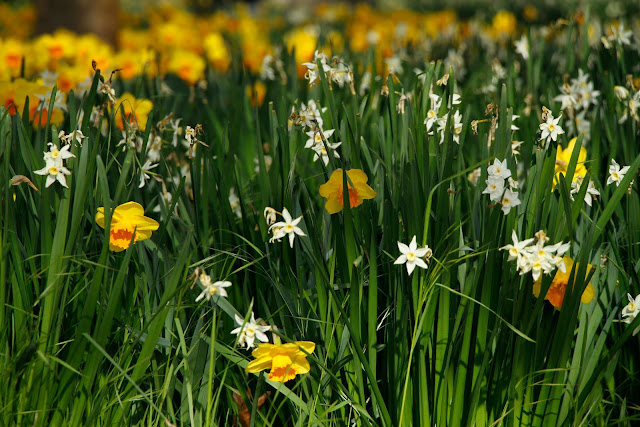 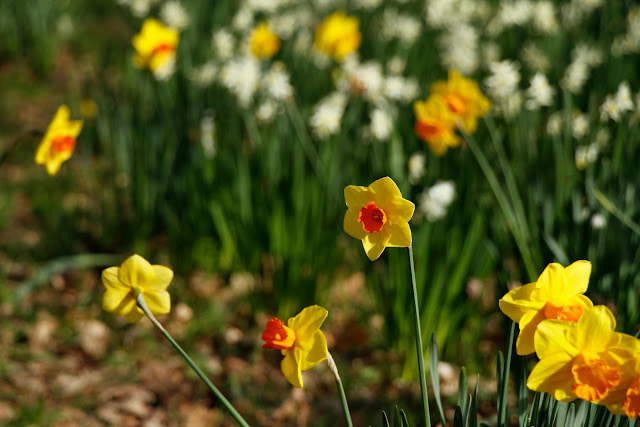 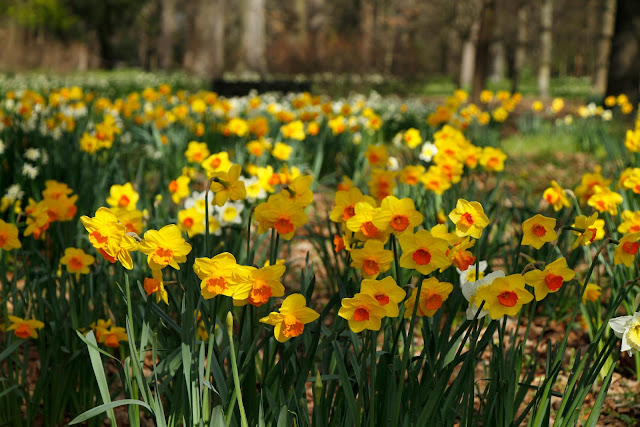 Seeing as the weather was so pleasant (and my knees having had enough of crouching down to line up shots of the daffodils), I decided to run home and grab my nice telephoto lens to go and do a spot of bird snapping too! I've been itching to give it (and my wimpy programmer arms LOL) a good workout since I finally took the plunge as a birthday present for myself this year.

Truth be told, I'd been ruing not having gone and gotten it earlier before the March-May lockdown - the lockdown here turned out to be more severe than the ones we'd been hearing about overseas (i.e. pretty much all shops + businesses were fully closed - so, not even internet shopping/ordering + takeaways were allowed! Then again, we did manage to eliminate COVID from our shores for a while completely, unlike everywhere else, so that was probably worth it!). Anyways, as a result, there I was: stuck for several weeks not being able to do anything about not being able to get hold of some new kit to play with (and running out of memory card space), while having several weeks of work-from-home + Easter holidays time, being visited by lots of really chirpy garden birds + 747 flyovers + etc.  Argh!!!

Back to yesterday's adventures!

I set off for the Ilam Homestead gardens (across the road from campus, the location of Peter Jackson's "Heavenly Creatures", and also a place where I knew a bunch of different birds of interest often showed up) to see what I could find! And find I did... though just not the two I was originally most interested in trying to get some shots of (i.e. fantails, and the elusive "grey warblers" that I always hear but never see). 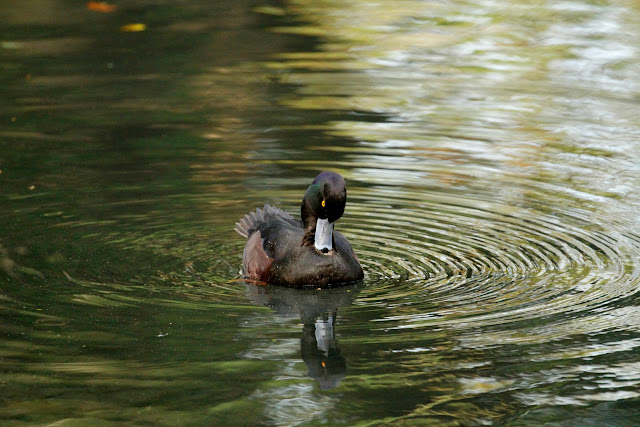 2) Magpie - It was only when I was looking back over the photos that I realised that this guy was missing the tip of its upper beak! Does anyone have any ideas how this could've happened? The lower beak also looks a bit blackened... 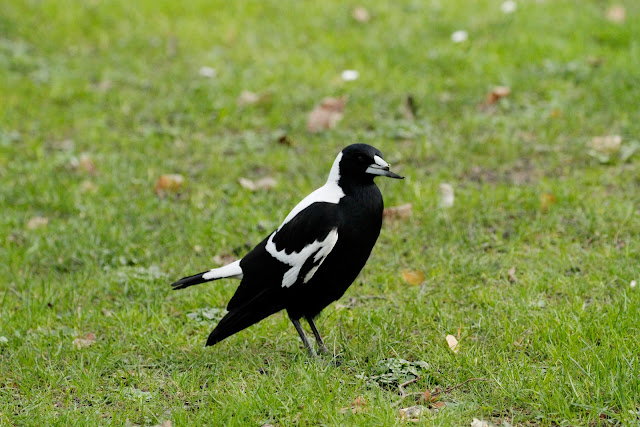 3) Red Poll - Initially I thought this was just another sparrow with some red pollen on its head. But, apparently, there's an introduced species - a "red poll" - that looks something like this! 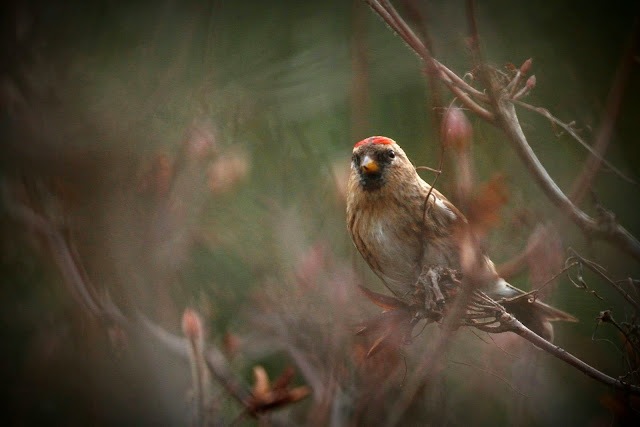 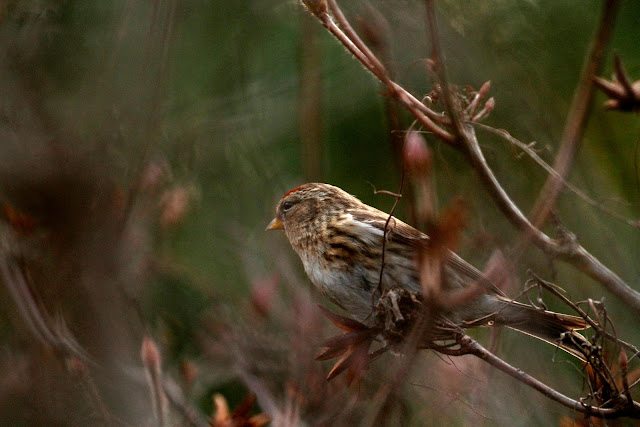 4) Chaffinches -  From what I understand, these two are apparently the same species: (1) male chaffinch, (2) female chaffinch. 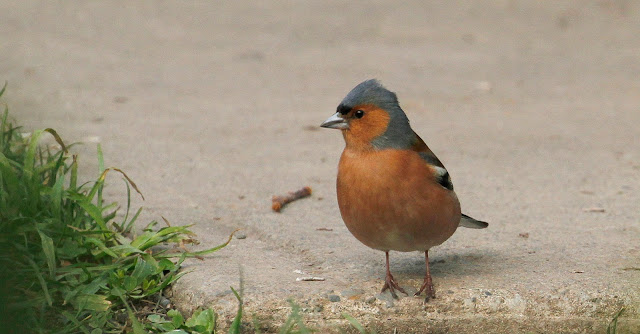 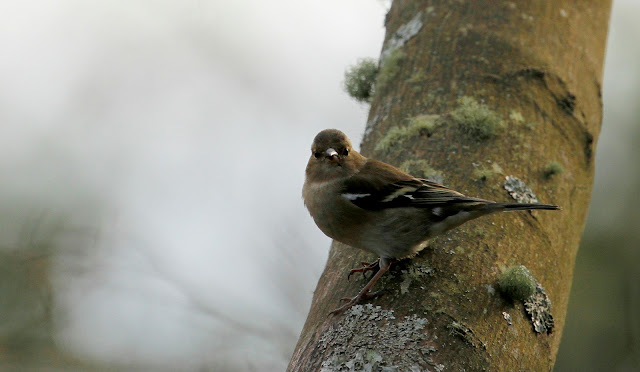 Some more of what seems to be a female chaffinch: 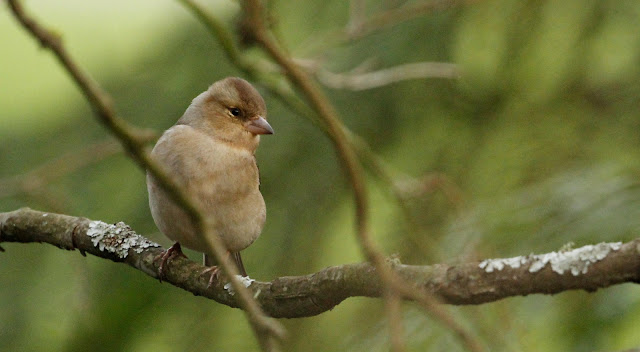 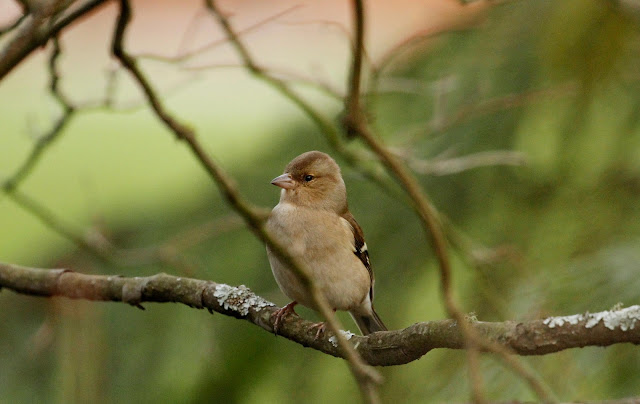 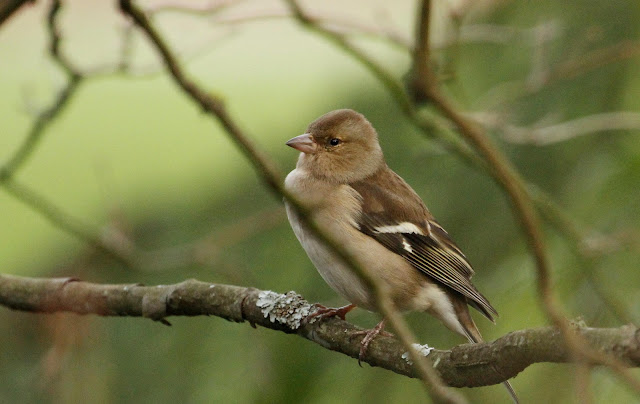 Turns out I'd been misidentifying the chaffinches previously - I'd treated the males as "welcome swallows", and the females as regular sparrows with some interesting bits on their wings (assuming I actually saw them clearly enough to be able to notice that detail - which I hadn't before being able to photograph them like this)

Posted by Aligorith at 6:03 PM