Today we went out to grab some bread (we practically only had some freezer bread left), and also to see if we could get more petrol for the car. I also took my camera along for snapshots along the way.

Firstly, here are some images from home, immediately after the quake... 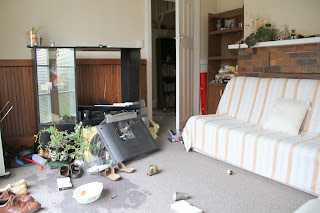 The TV fallen over, water stains, and fish in temporary container. 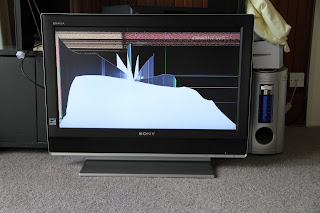 A write-off - the flat-TV screen post-quake. This photo was taken yesterday, but by this point it was already worse than the night before. We've now gone back to using an old CRT that we were using before this one. Surprisingly, it seems sharper than this one was, though it is a bit smaller and flickers badly when viewed from an angle. 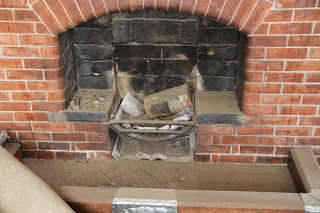 Though we had our chimney taken down last year before the quakes (while having the roof redone), parts of the chimney still exist in the roof cavity (and of course the fireplaces remain). Here we can see that a brick has come loose from somewhere up in the chimney shaft, and fallen into the fireplace. I hate to think how many others are loose. 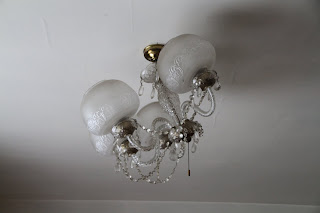 This light has been dangling precariously from the ceiling since the quake on Tuesday, threatening to fall off at any moment. It doesn't help that it's seriously off-balance :/

Now, for some images from out and about today... 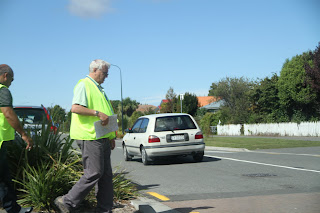 I'm assuming that these were officials (either City Council/Community board people, or EQC) who were out and about getting a feel for the scale of damage around the place... 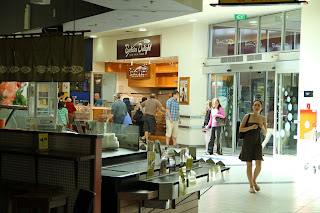 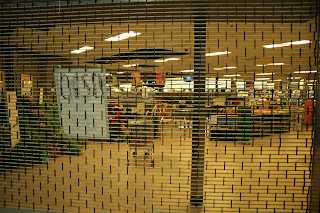 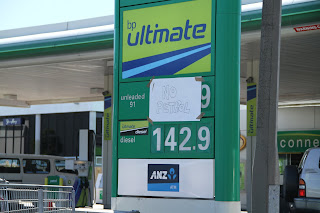 Closed for repairs and out of stock.

Although it was originally reported that the supermarket above had planned to reopen today, it appears that it still has a bit of work to do (restoring roof tiles, etc.) first. Instead, the other supermarket from this exact same chain across the road (that one was the original Countdown, the one pictured here used to be a Woolworths before they merged) which had visibly sustained interior damage last time we checked (all the ceiling lights had fallen down, and were dangling in an interesting formation) appeared to be open, with the carpark jam-packed with cars.

Clearly this petrol station has already run out of fuel. When we checked earlier, they only had diesel - i.e. they had run out of the 91 octane we needed. 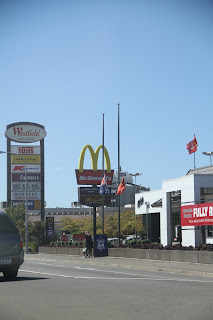 Flags at half mast, though the golden arches stand for another day. 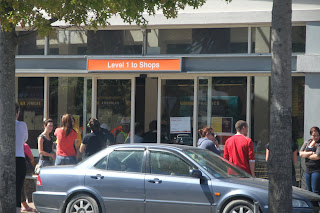 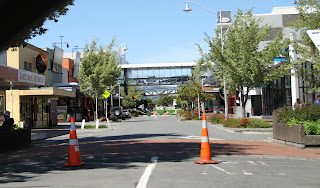 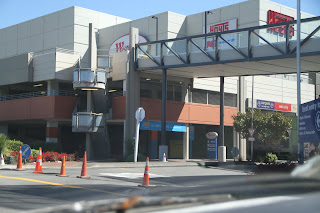 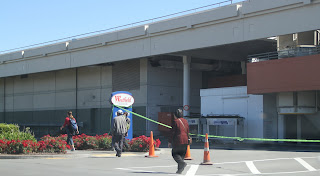 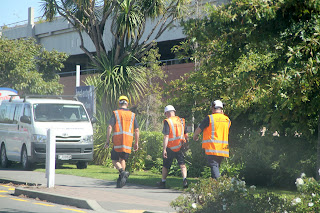 Closed for inspections. The Westfield Riccarton mall complex is closed off to the public as structural engineers obviously inspect the place. In the second shot above, it seems that the overbridge on Rotherham Street has some debris accumulated on it. 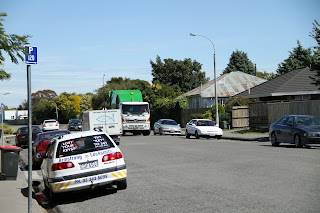 Some signs of normality in the suburbs: the kerbside rubbish collection continues as per usual, though later in the day.
Posted by Aligorith at 3:02 PM