So, today, it has apparently been 6 months since the February 22 quake here in Christchurch which has changed so many things for good. How time flies... 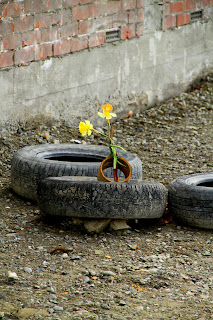 In a vacant lot on Victoria St

Heading down Victoria St, the landscape around here has changed so much that it is hard to realise where you are. It's just very strange without all of the landmarks that I'd grown up seeing. 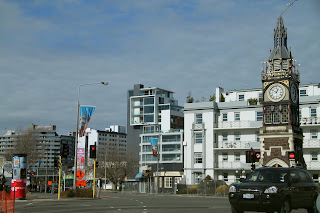 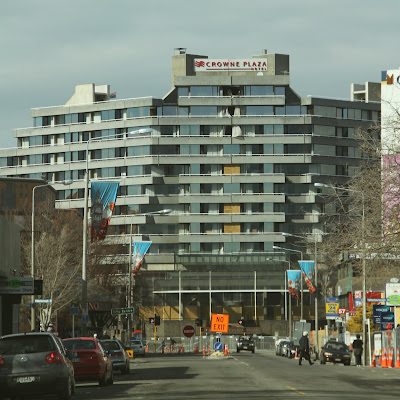 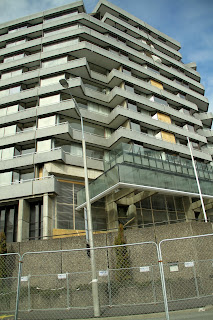 The Park Royal hotel (recently condemned to demolition) and the long-condemned Copthorne Durham beside it. Meanwhile, it's business as usual in the Casino. 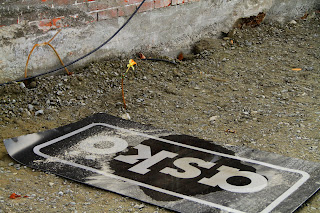 Nearby in a vacant lot... some daffodils someone had made to decorate the wires poking out from the ground with, and a sign from a nearby shop which currently stands closed. Asko was forced to relocate after the September quake, which destroyed their iconic Salisbury/Victoria St corner site, where Air New Zealand banners would frequently be plastered across a long billboard running across their roof. Today, their new premises stand closed; yellow stickered, with obvious damage to the neighbouring shops (the roof of one has clearly caved in and sprouted a new skylight, while the others have been emptied out). 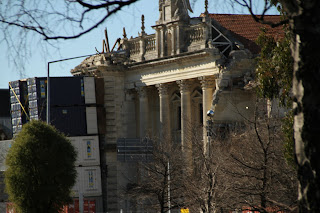 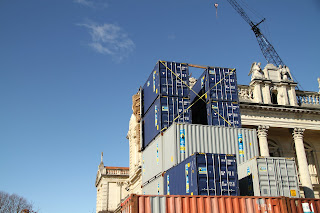 The battered cathedral on Barbadoes St. Since the last time I checked it out, they've since demolished the main dome (although they'd hoped to take it off whole, as a result of June 13th, they changed their minds and cut it up into slices from the top and removed those, like peeling an orange from the top-down). Apart from the dome, it seems that even the containers holding up the front facade are all falling down (see first pic). I assure you that it wasn't just crooked camera angles; passing by in the car, it was blatantly obvious IMO. 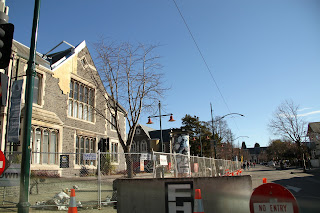 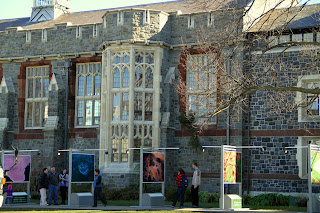 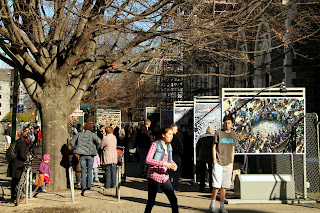 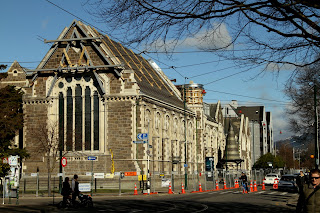 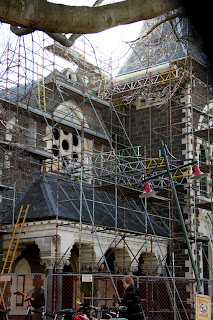 But on the other side of town at the Arts Centre, there was a buzzing atmosphere, with a public art display (similar to one I'd seen in Tauranga years ago) drawing crowds back for the first time in ages. Also ran into some old acquaintances I hadn't seen in ages too, which was cool :)

Speaking of old buddies, our old friend, "quakey", has as of the past few days remembered that we're still here. It's been relatively quiet for the past month or two already, but in the past few days (ever since the latest large shakes in Japan, and today/yesterday Vanuatu), we've had a few good 4's several times a day. Not good.
Posted by Aligorith at 10:54 PM