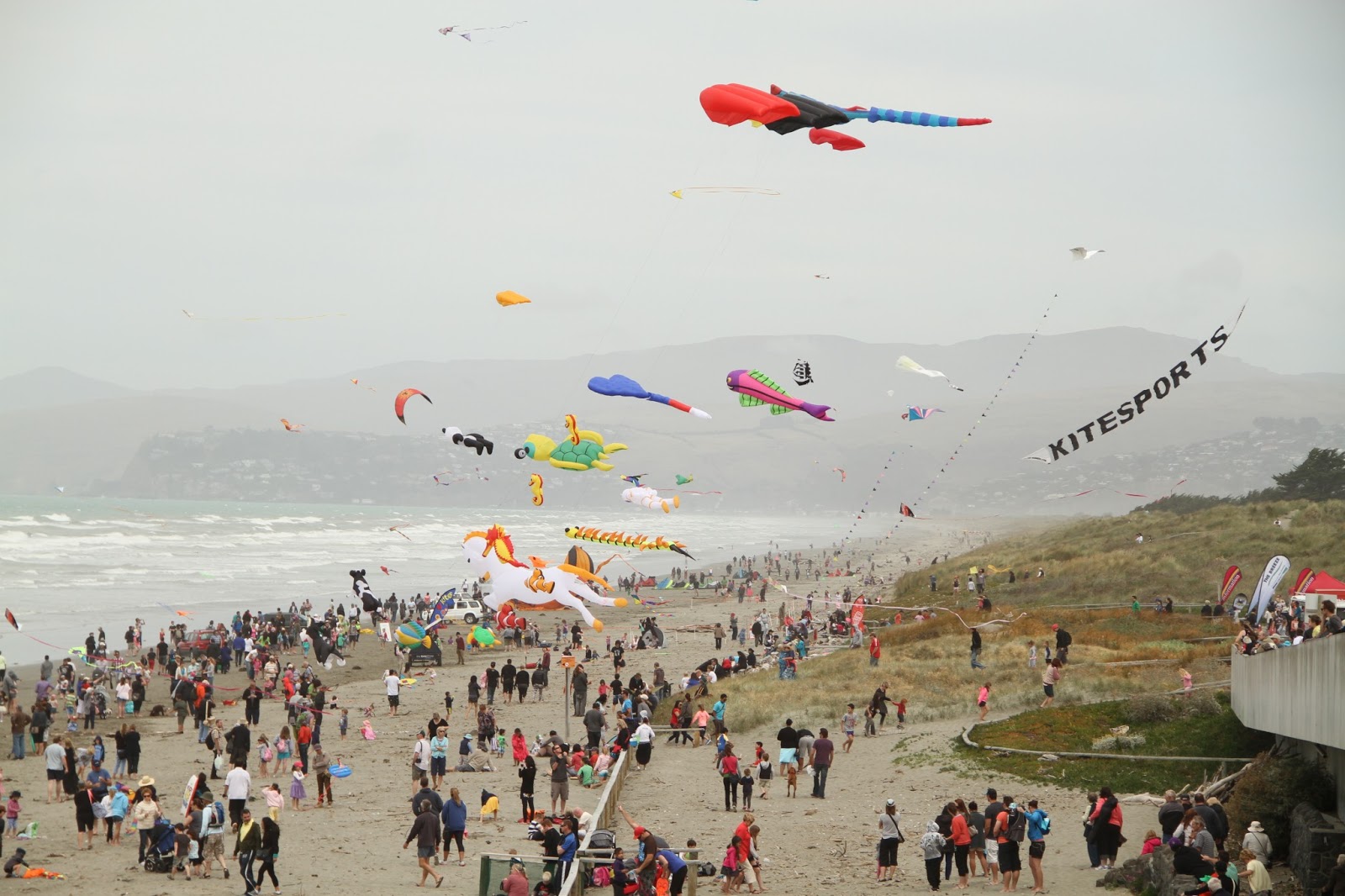 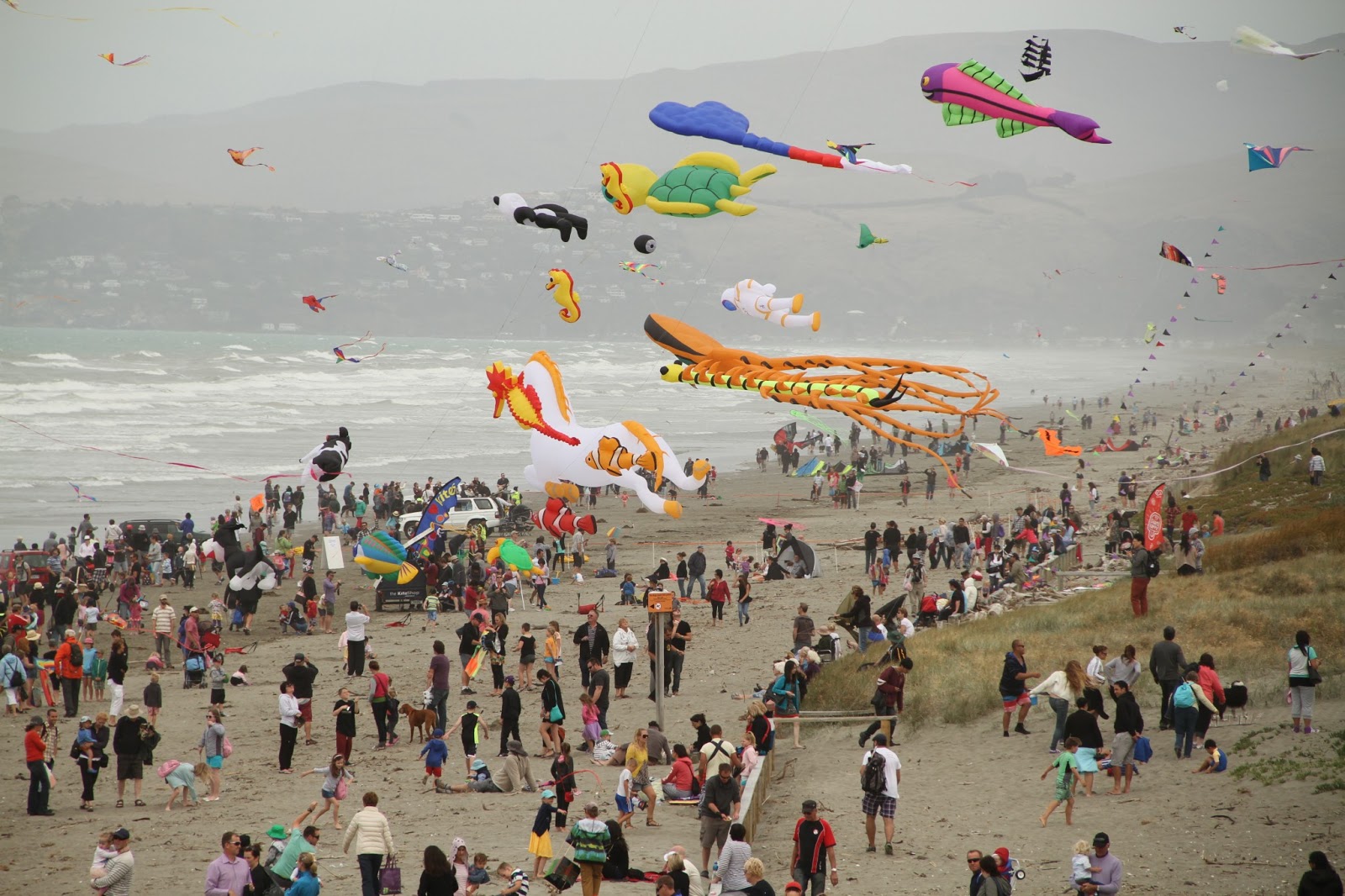 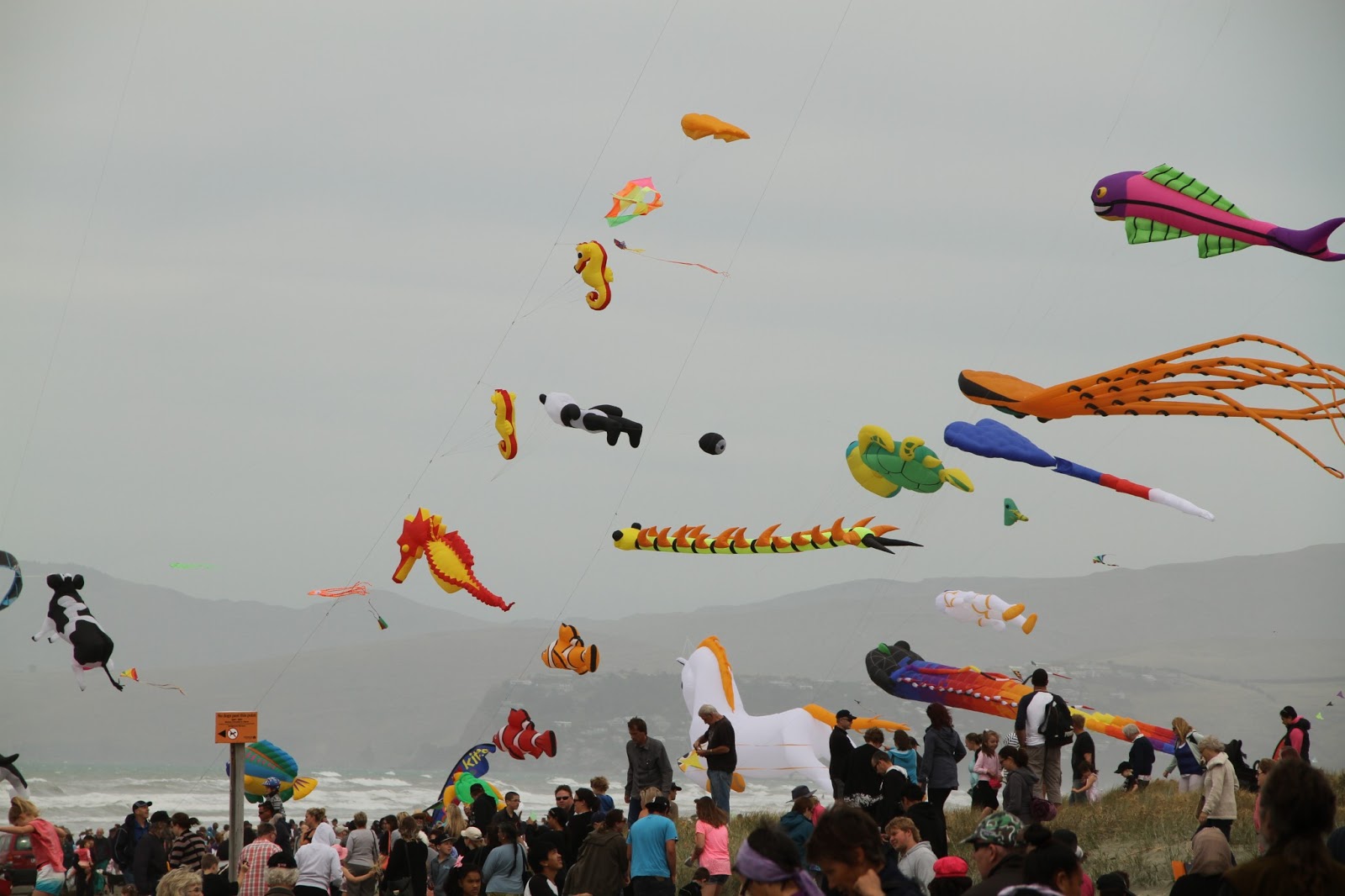 For several years now, I've been meaning to head out to check out this event, but each year I'd either miss it due to some or other commitments (i.e. violin lessons for many years, then it was summertime crunch project), or simply not knowing when it was on. This year, I finally managed to make it there! 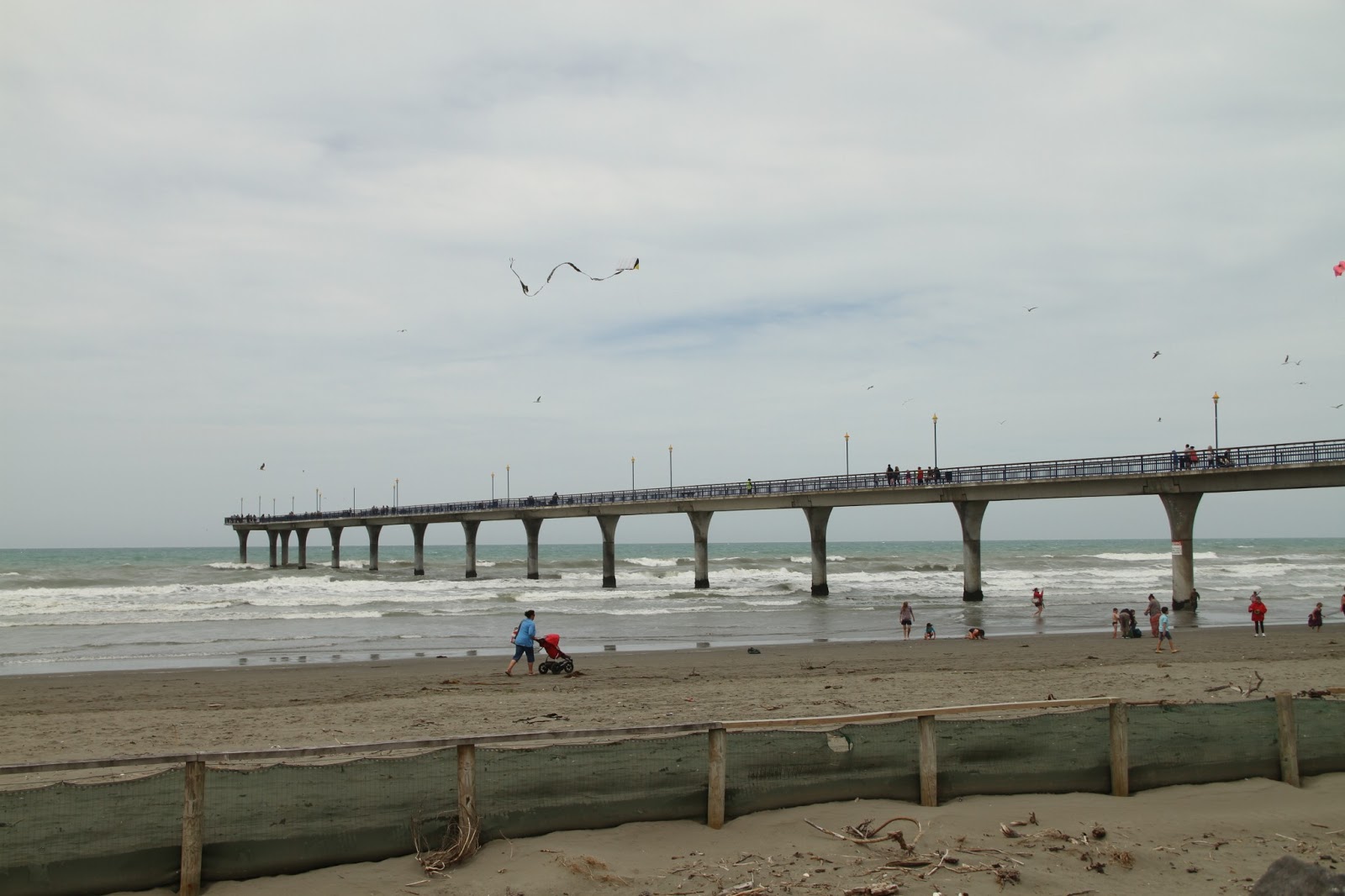 The pier. With the cool overcast weather, it wasn't a surprise that there weren't that many people out on the beach that day 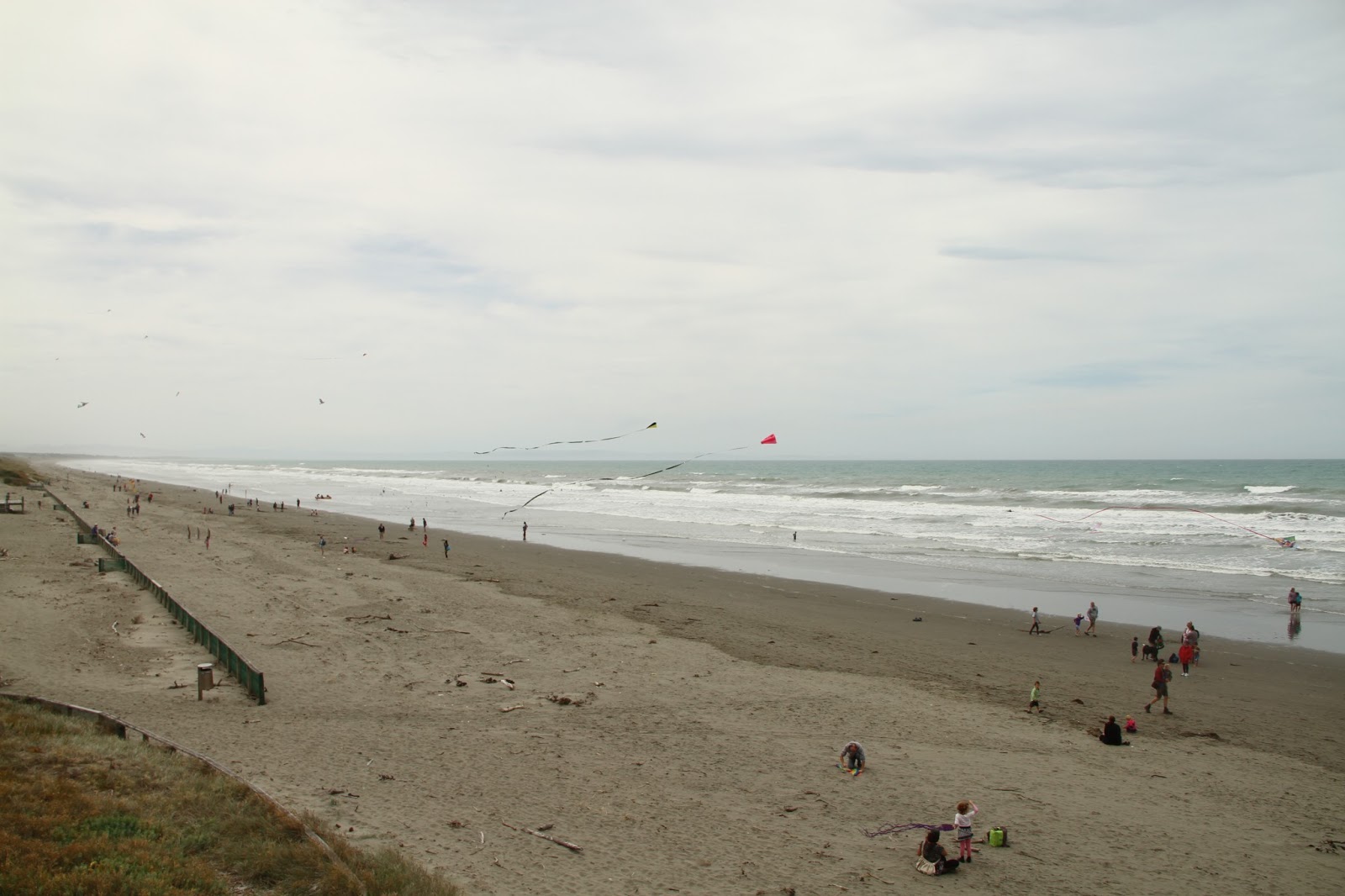 Looking north along the beach. While most of the activities were concentrated down on the south side of the pier, a few hardy souls had staked out spots along the quiet side. 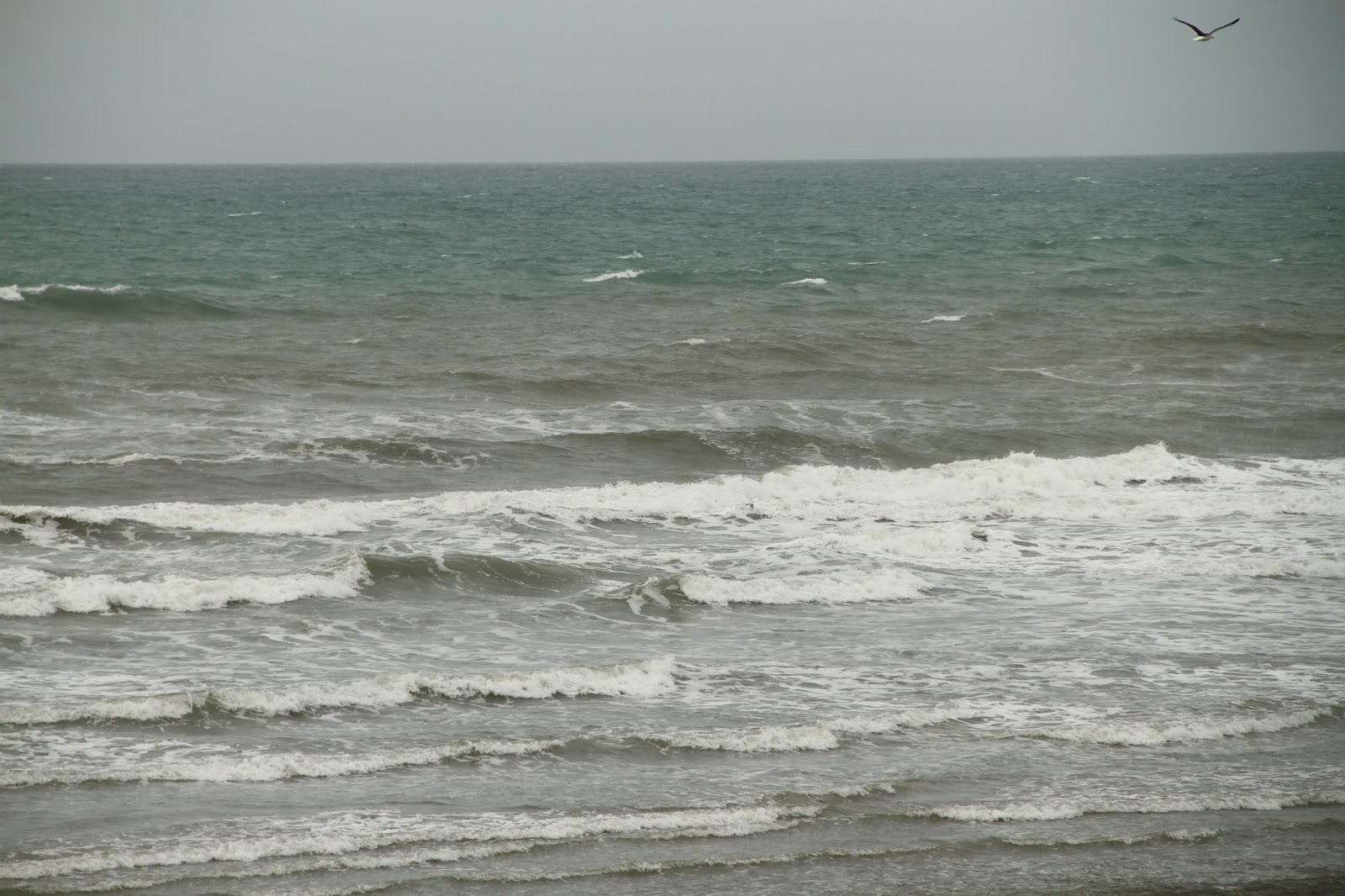 The sea was rough that day. It was quite interesting seeing how there were several different gradients/patches in the water, from the distant sea water, fresh/salt water (perhaps a mixing zone where the water from the estuary starts heading out), and a grimy/silty sand-filled "murky zone" closer to shore.


The weather that day wasn't so flash though. Despite the event not starting until mid-late afternoon, the slightly chilly and overcast conditions which had hung over the city all day were still hanging around when things started (though by the end of the event, things had actually cleared up). It had originally been forecast to be a really hot and sunny day (28 deg C), but that never really eventuated.

After hanging around for about an hour, we made a retreat back to the car. The chilly sea breezes that day - amplified a bit by the fact that this was out by the coast - are something you'll often find when heading out to New Brighton, especially if you walk all the way out to the end of the pier. Although the windchill meant that I really regretted leaving my nice general-purpose wind/rain jacket at home that day, it did confirm one thing: New Brighton beach was the right place to hold the event that day, as the one thing kites need the most (wind) is the thing there was no shortage of! 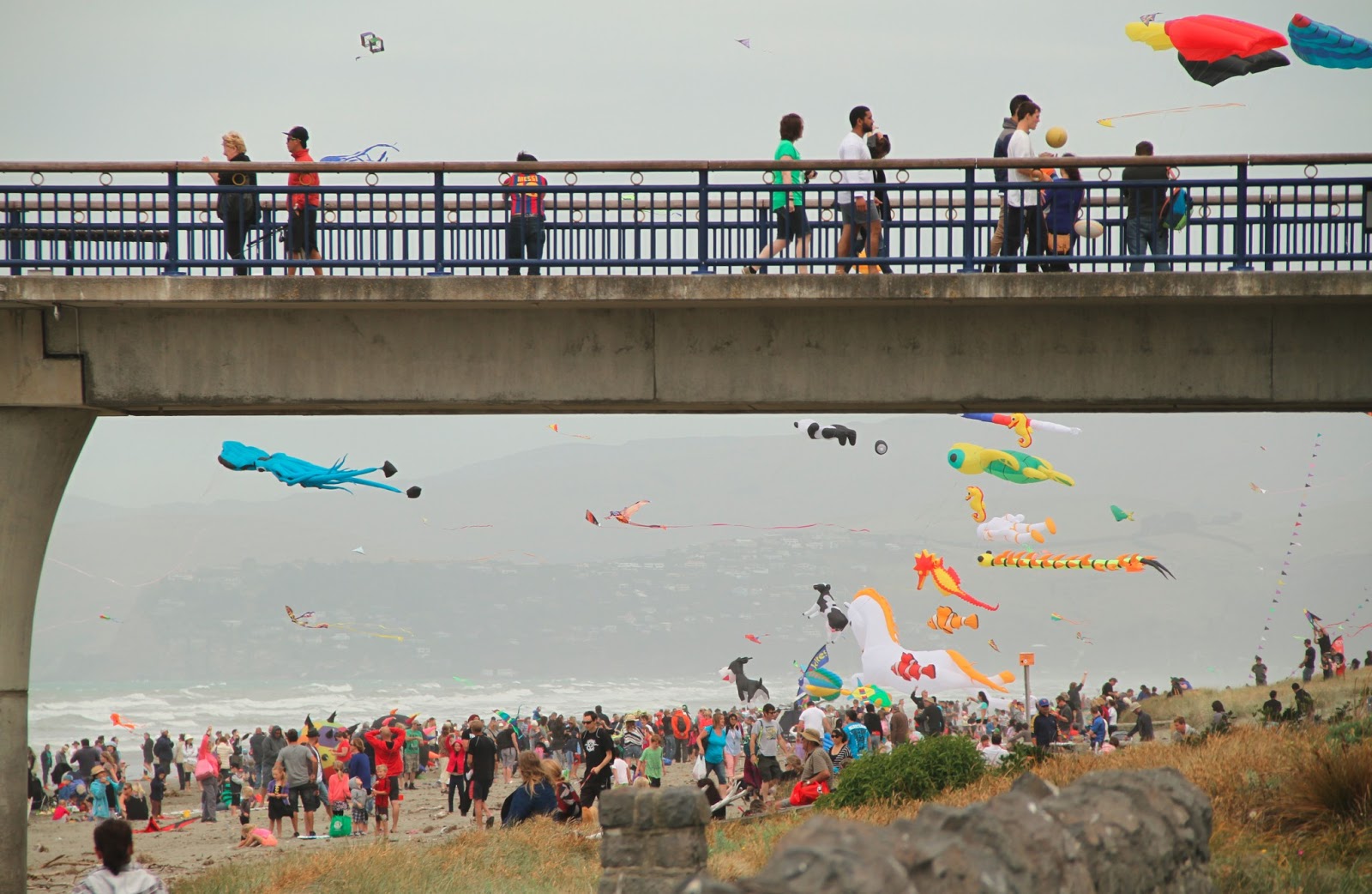 The event was held to the south of the pier. The distant hills of Sumner are nearly invisible with the overcast and slightly-misty conditions out there that day. 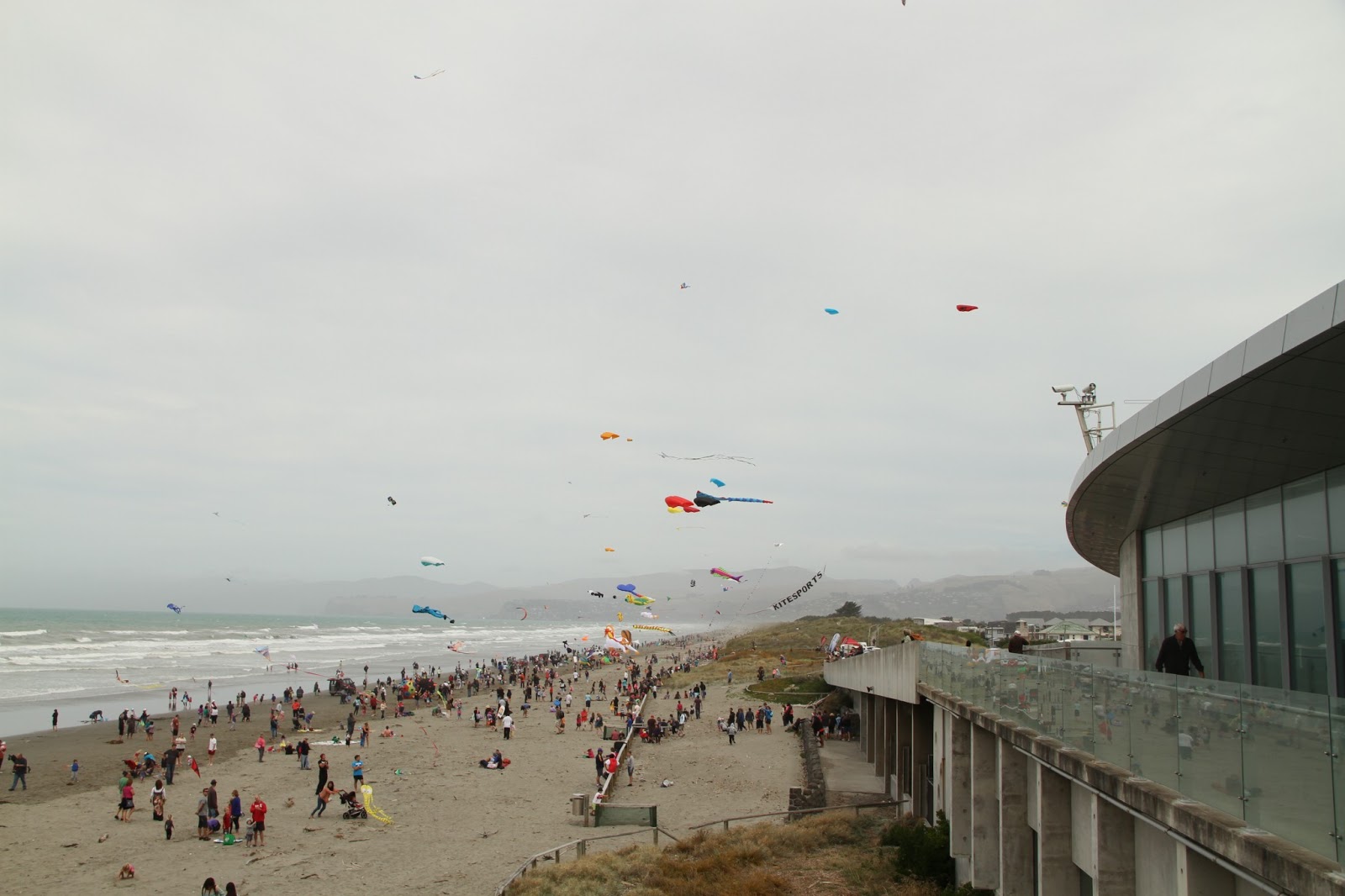 Kites of all shapes and sizes fluttered in the breeze. As can be seen, some were quite large, while others flew very high up. 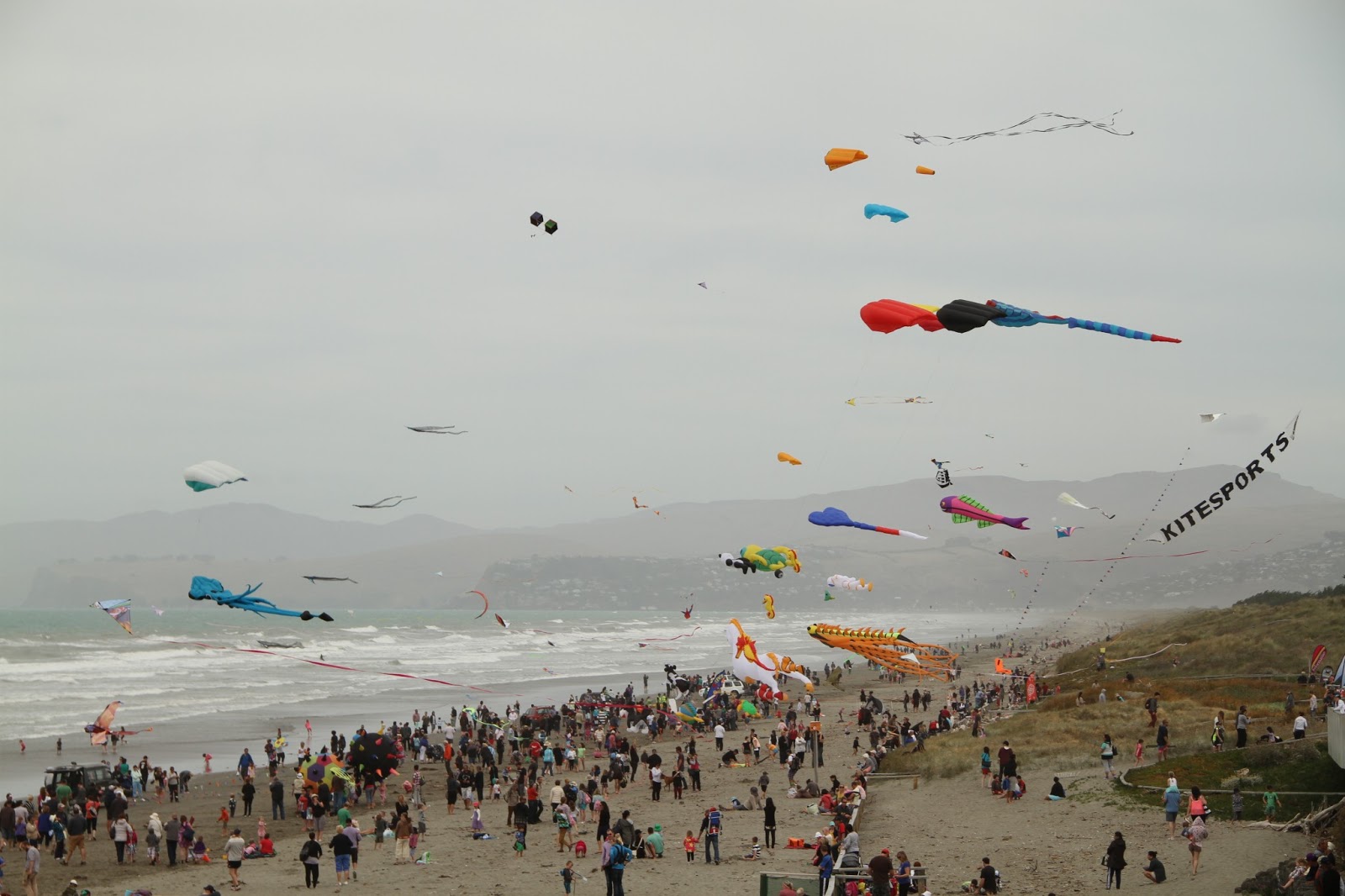 There were quite a few large and colourful kites. These ranged from various animals - pandas, turtles, seahorses, horses, fish, squid, and stingrays to other more exotic monsters and other creatures.

A closer view of some of the large kites. Visible here are the panda, turtle, seahorse(s) - these were strung up in a chain or so - fish (i.e. two nemo's/clownfish), the giant squid monster, and a few others... 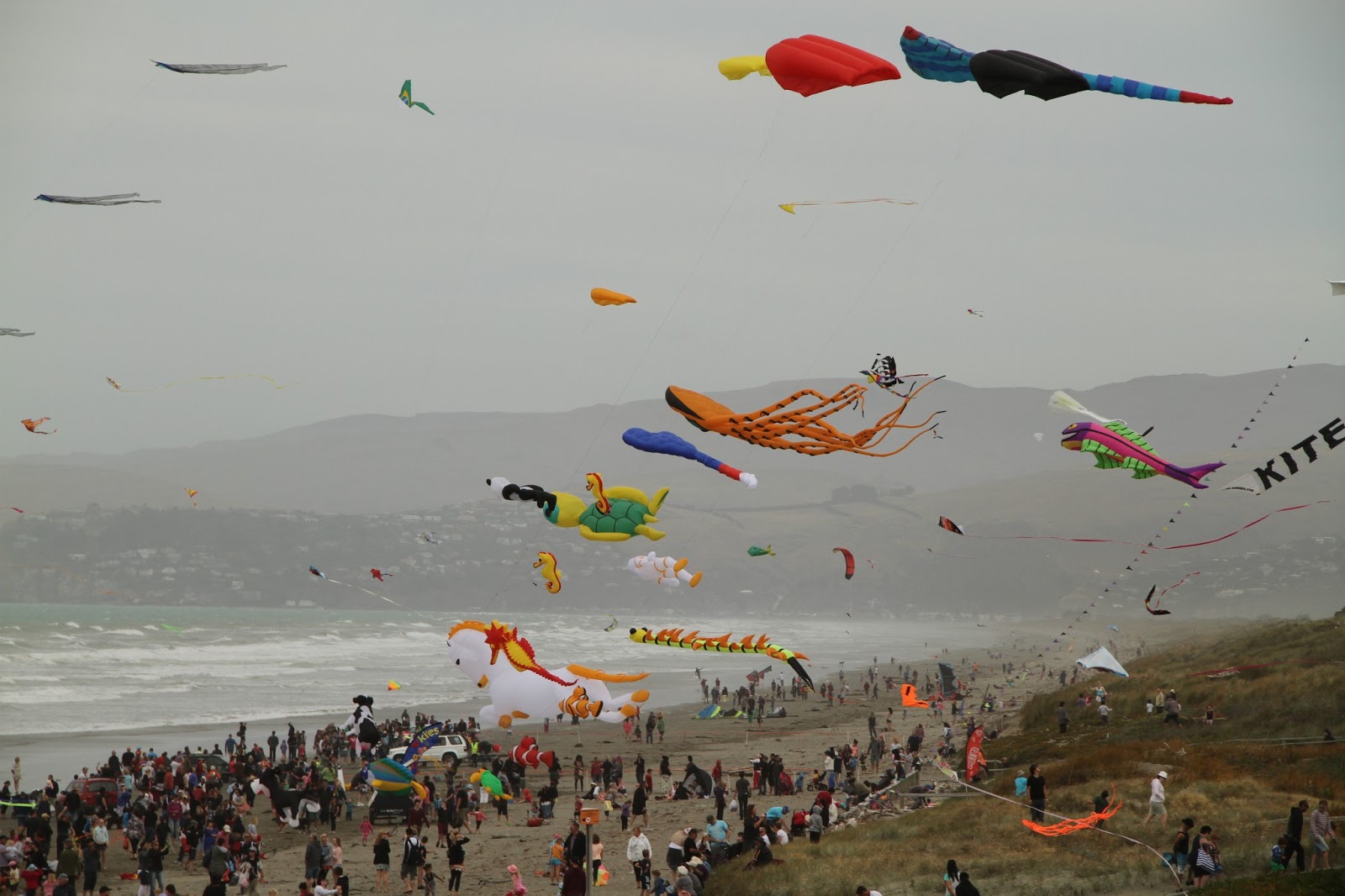 Here we also see the large horse kite, which seemed to float relatively close to the ground. I'm not sure whether that's because it was too heavy, or just that it wouldn't have been safe to let it fly too high up... 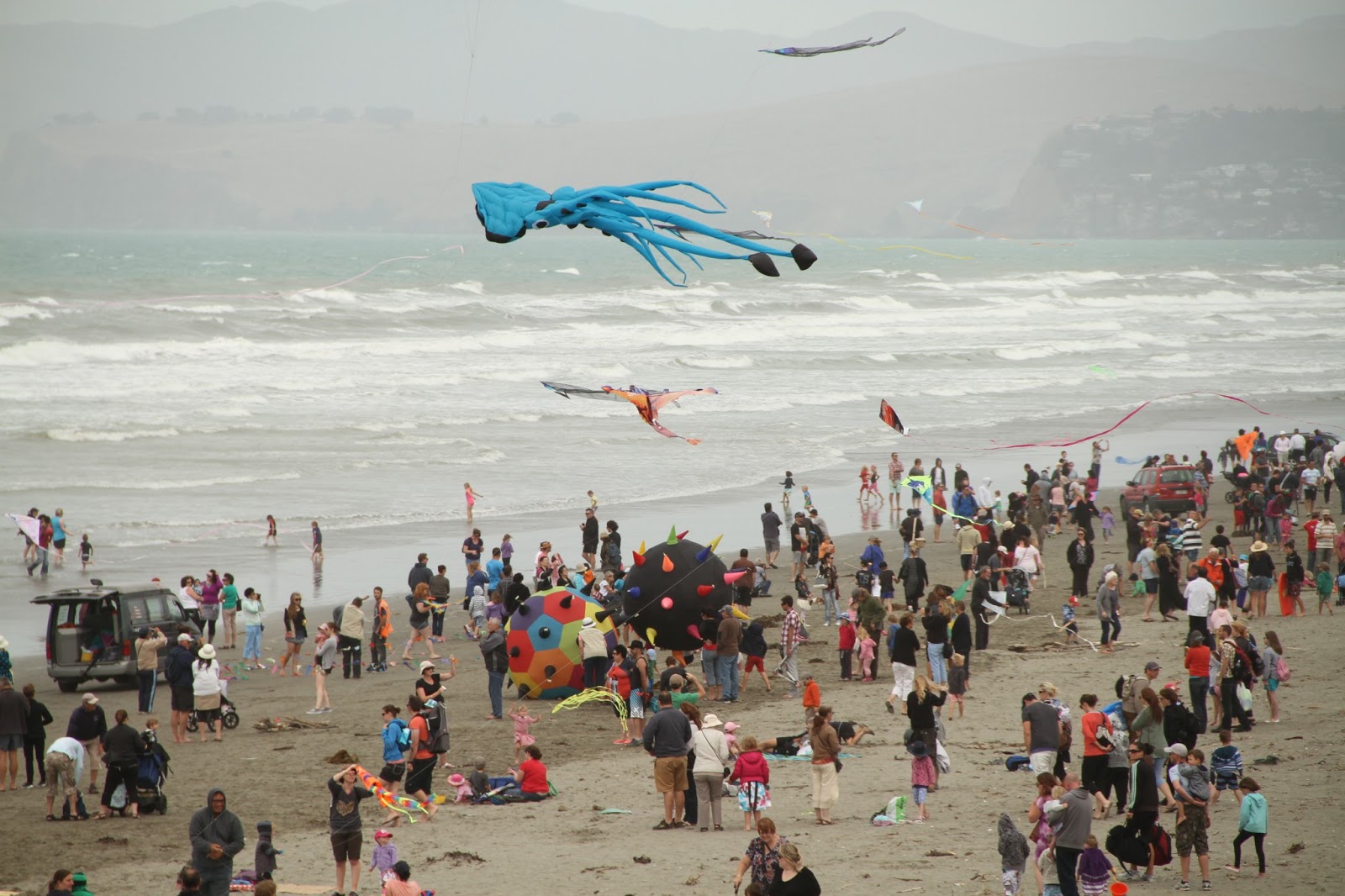 One of the two large squid-like monsters - the blue one here - flies over the beach. Down below, there were these two interesting spikey geometric balls rolling around. These seemed to be relatively land-locked... Interesting specimens these... 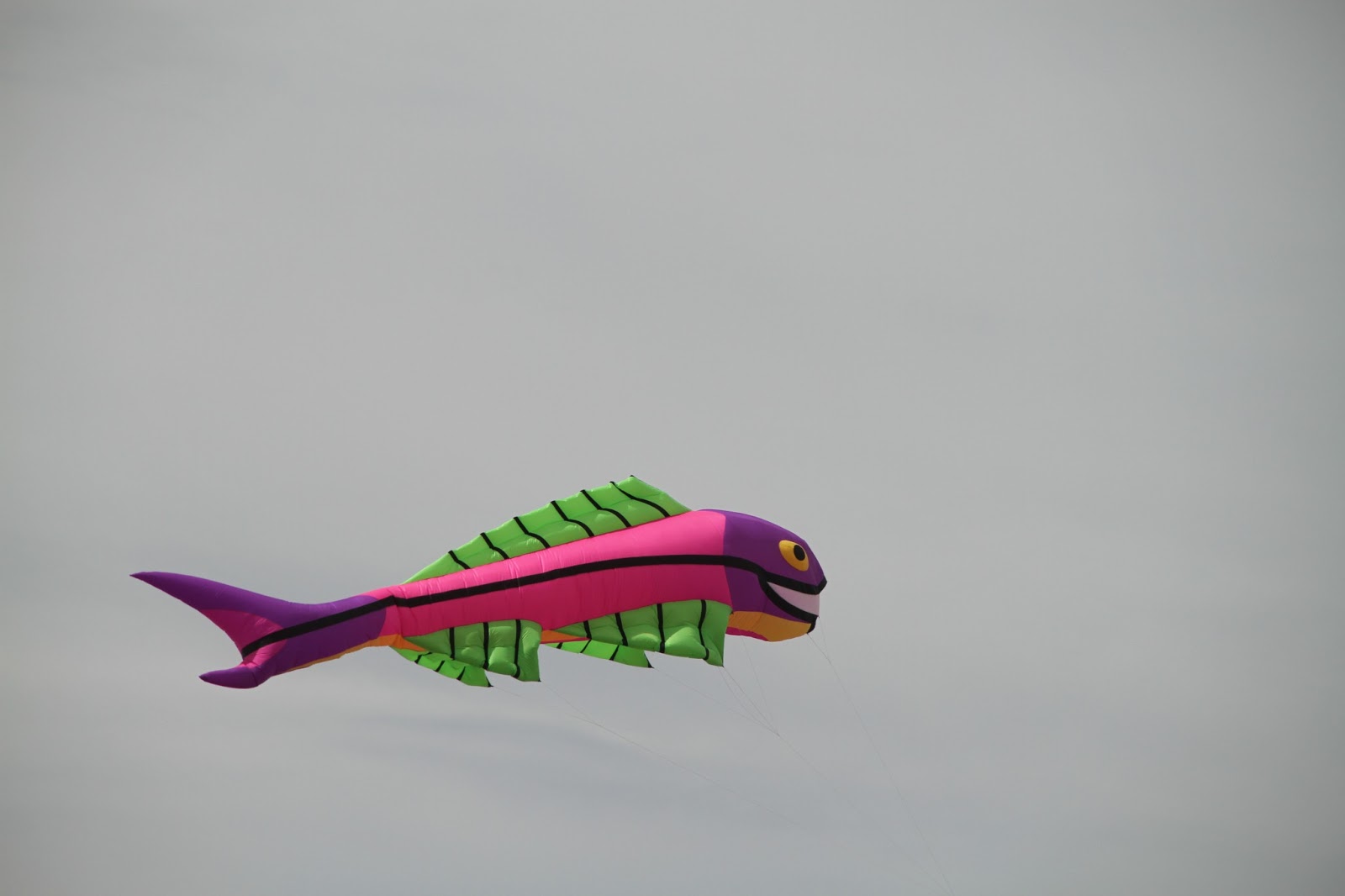 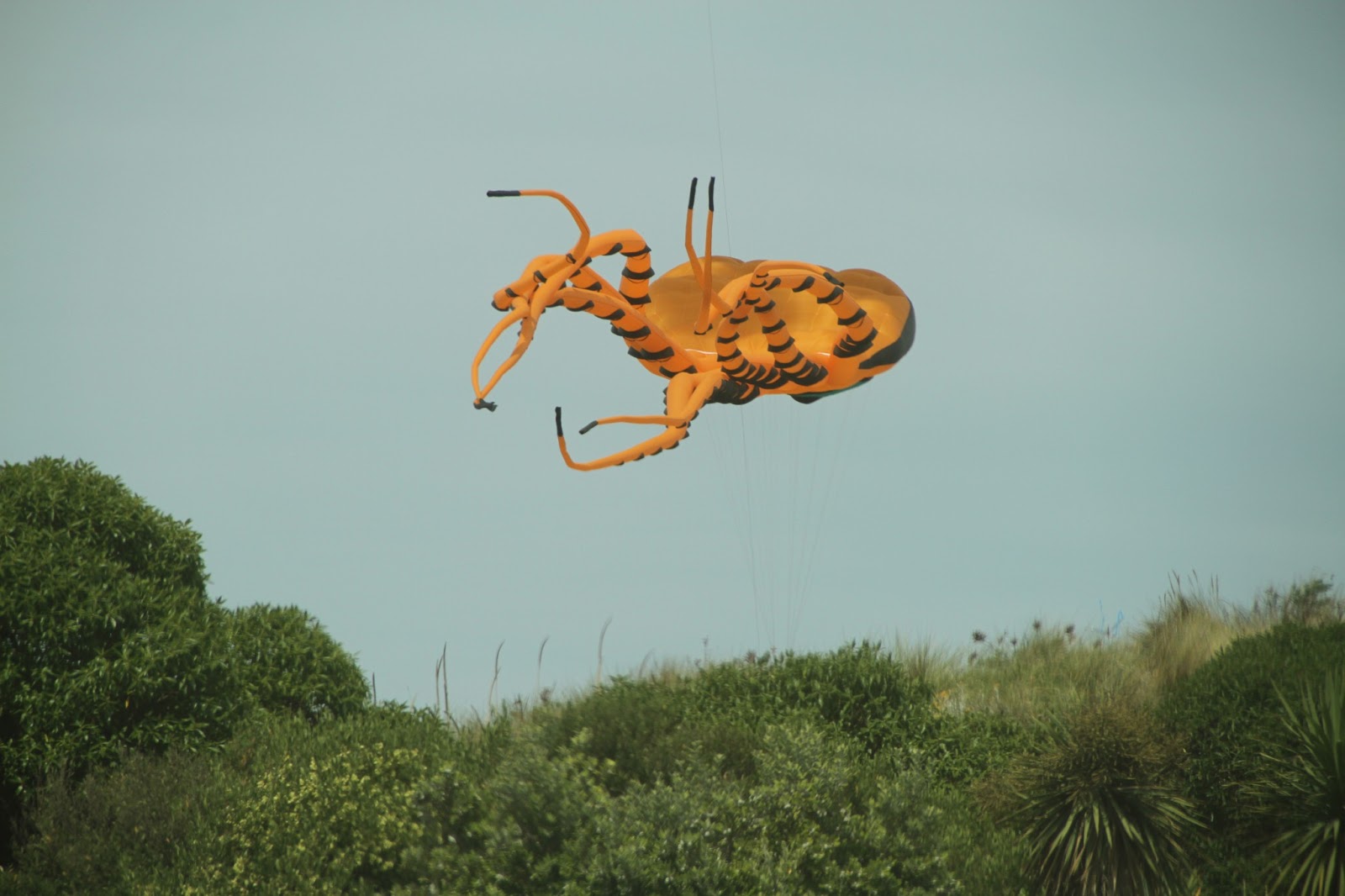 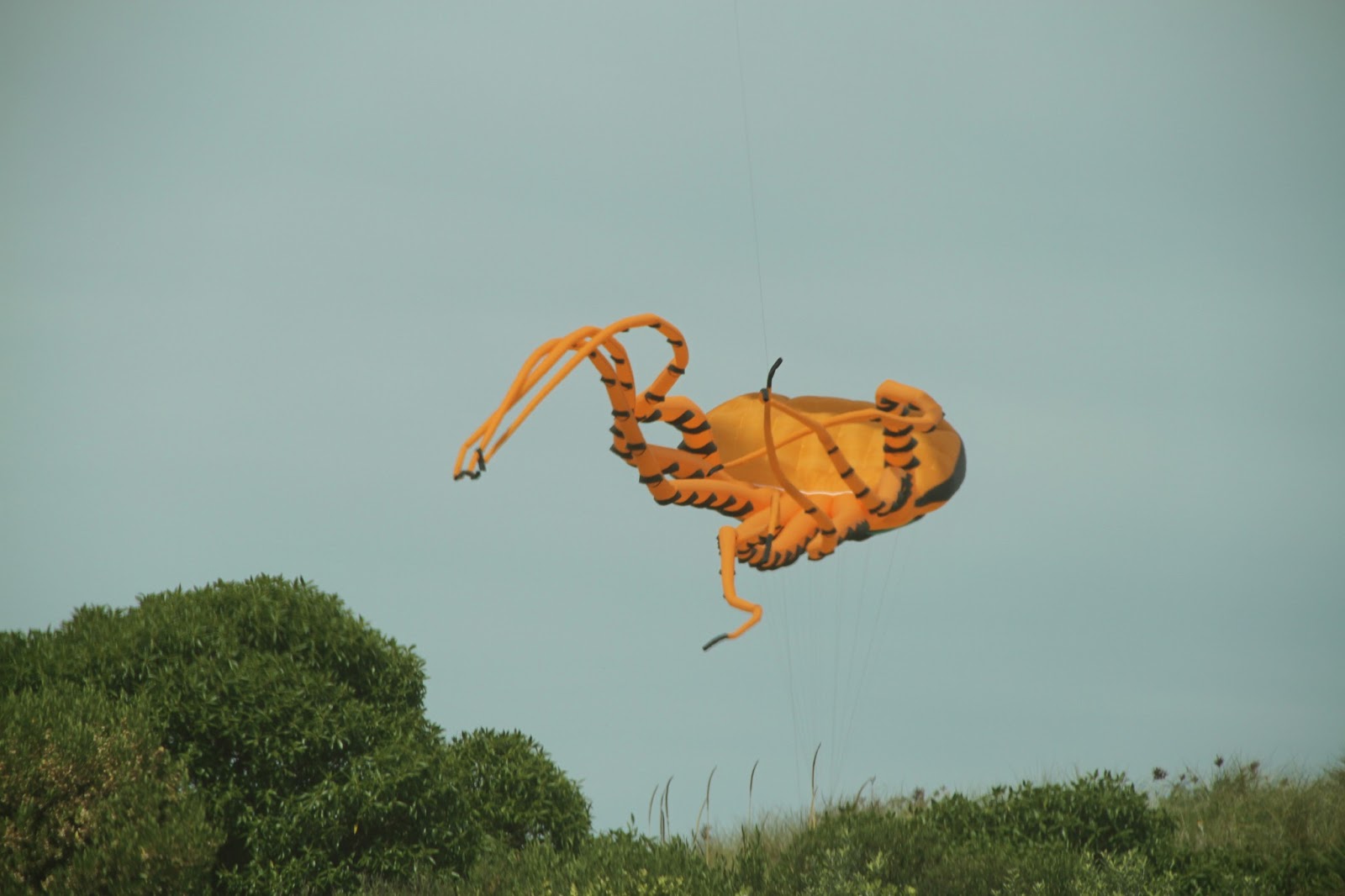 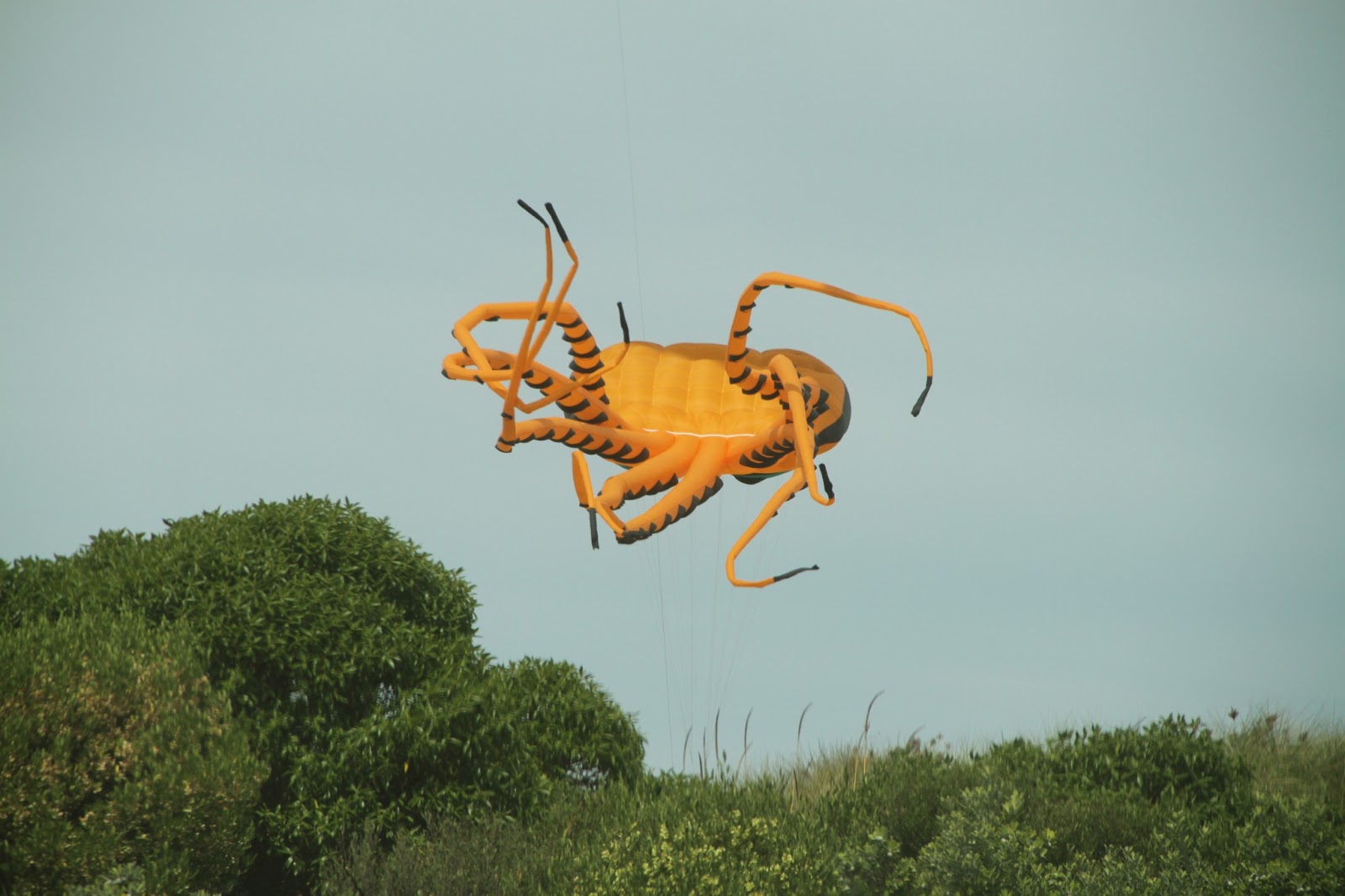 The giant orange crab frollicking in the wind


On shore, there were some buskers out and about in the amphitheatre/carpark area as part of the last weekend of the annual International Buskers Festival. They certainly drew quite a large crowd! 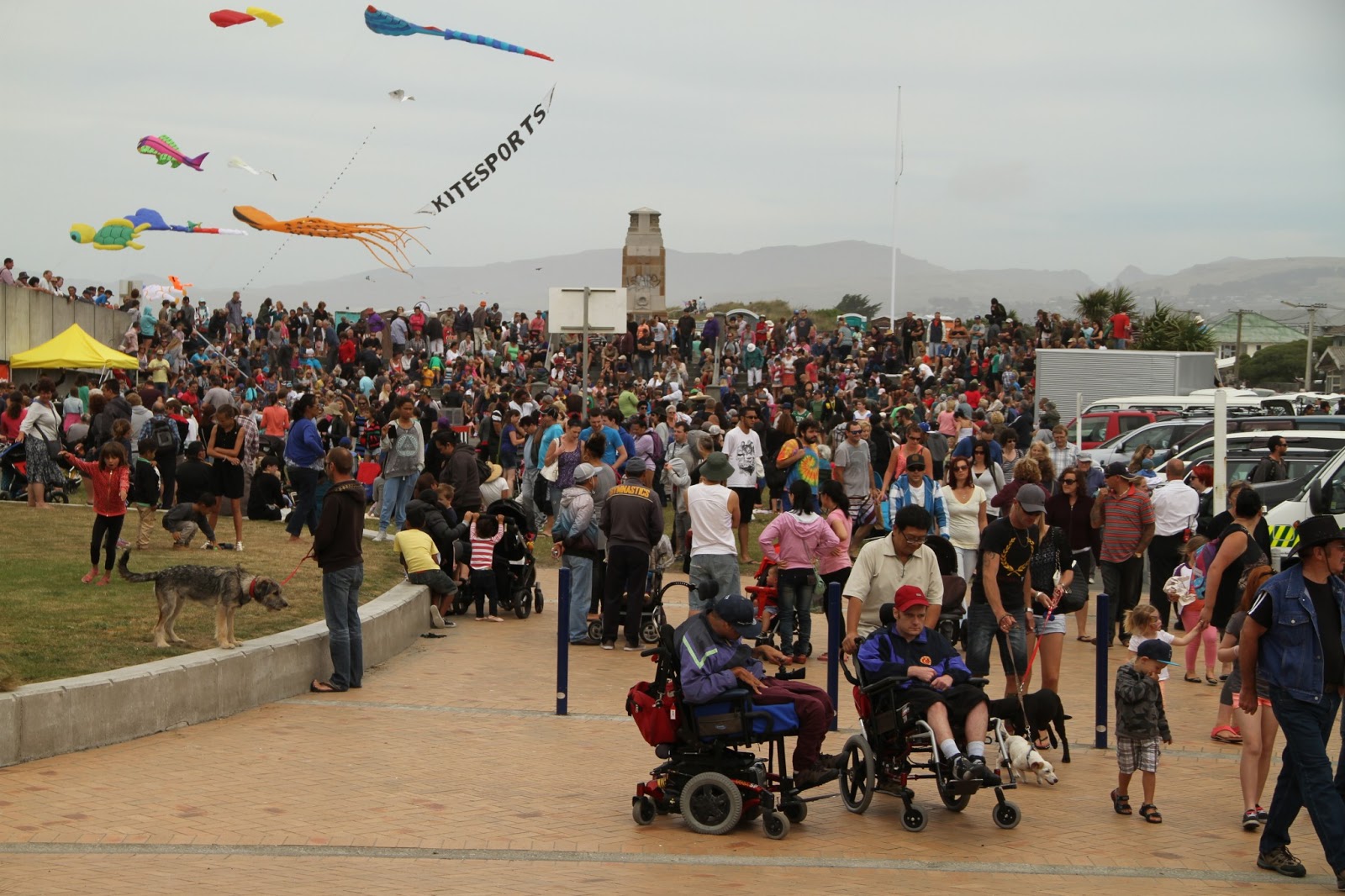 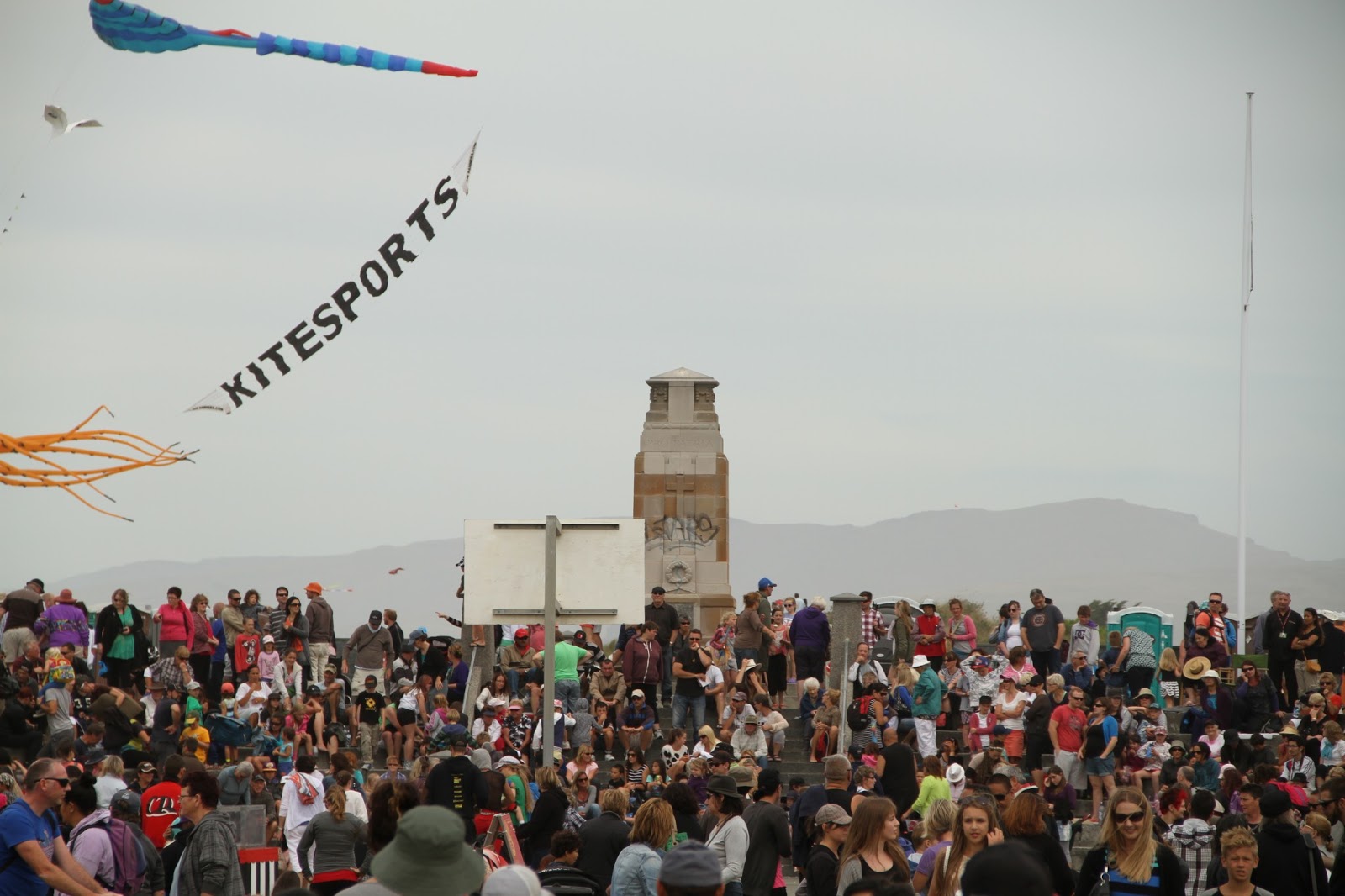 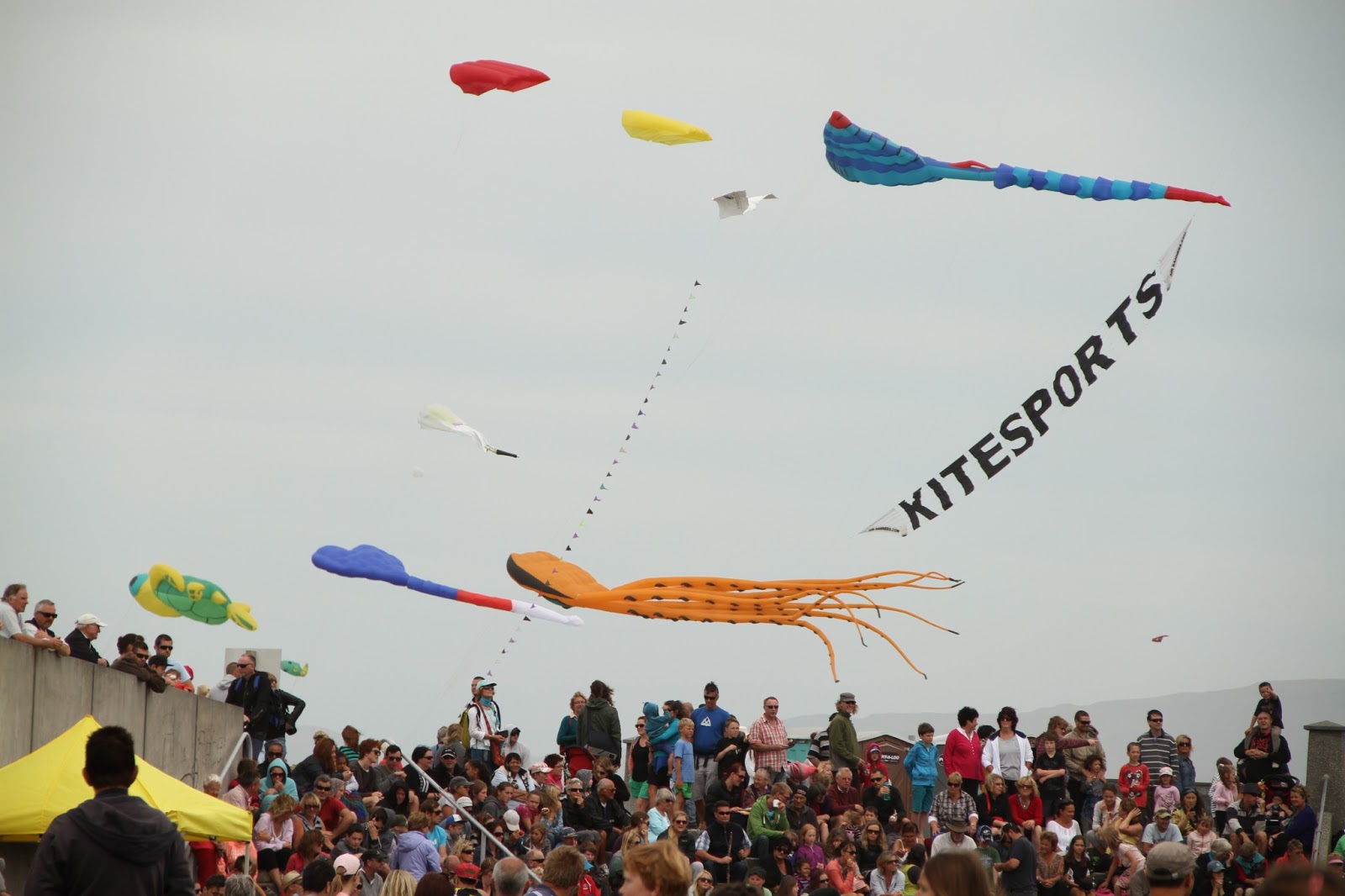 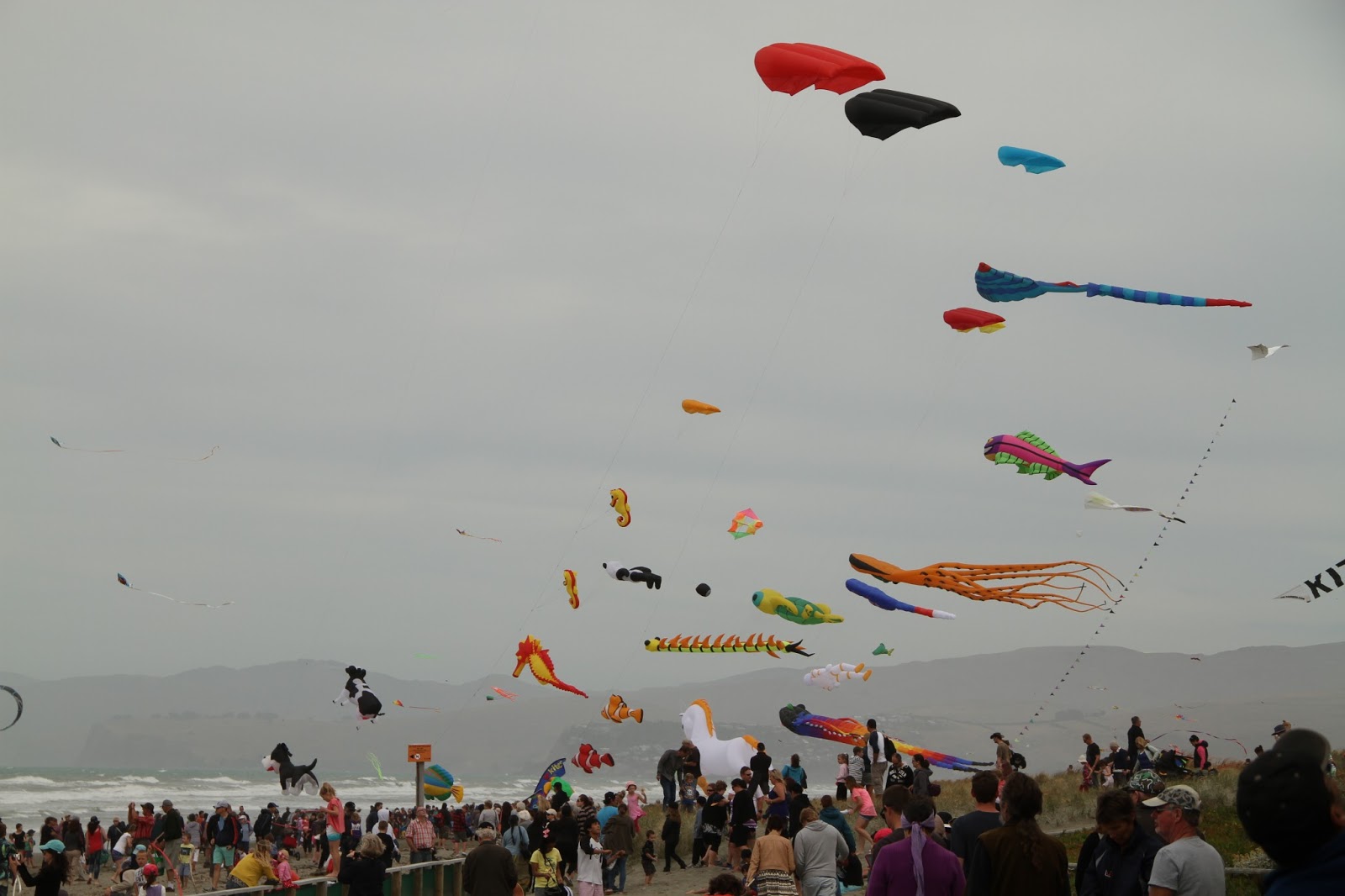 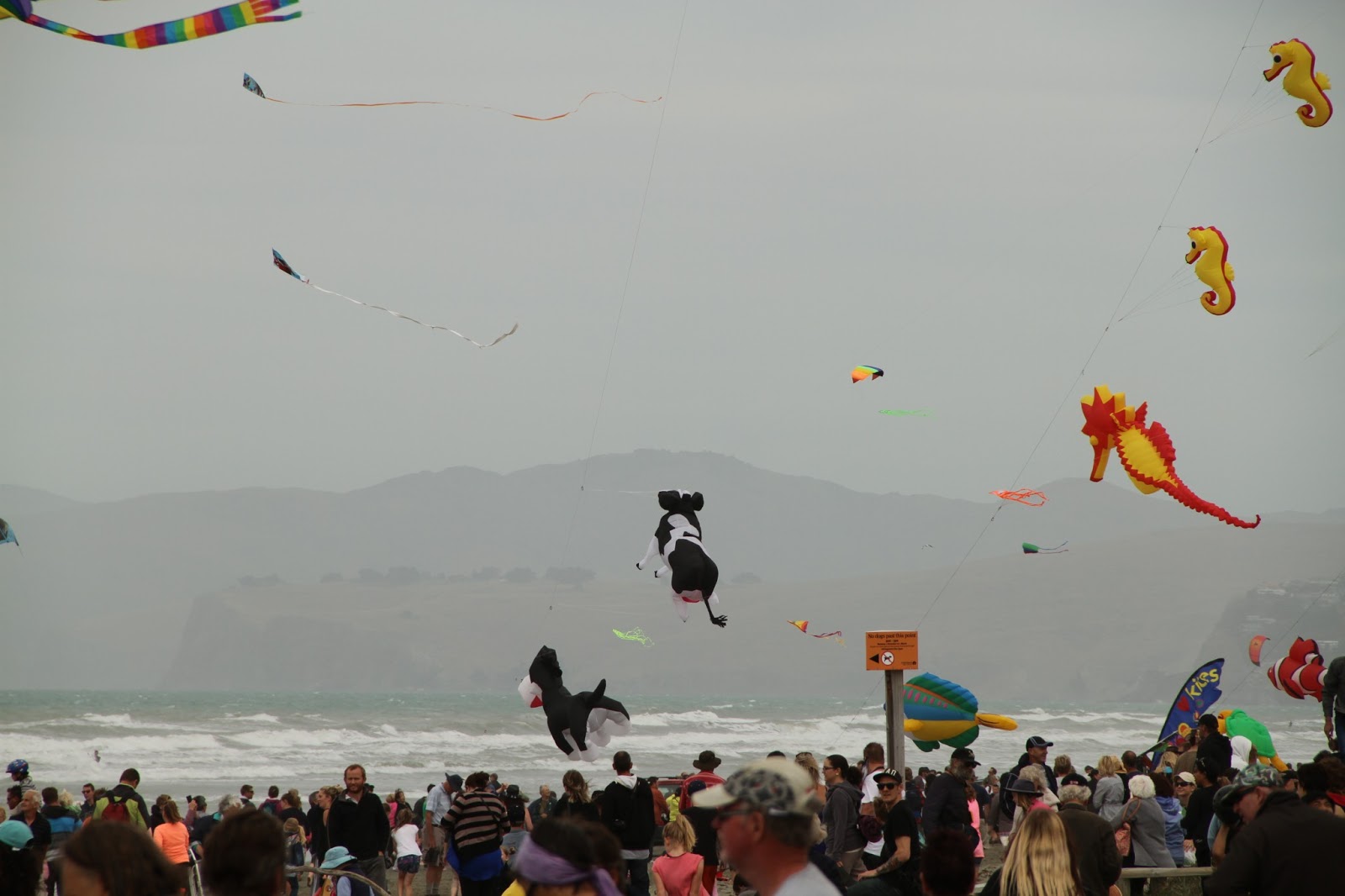 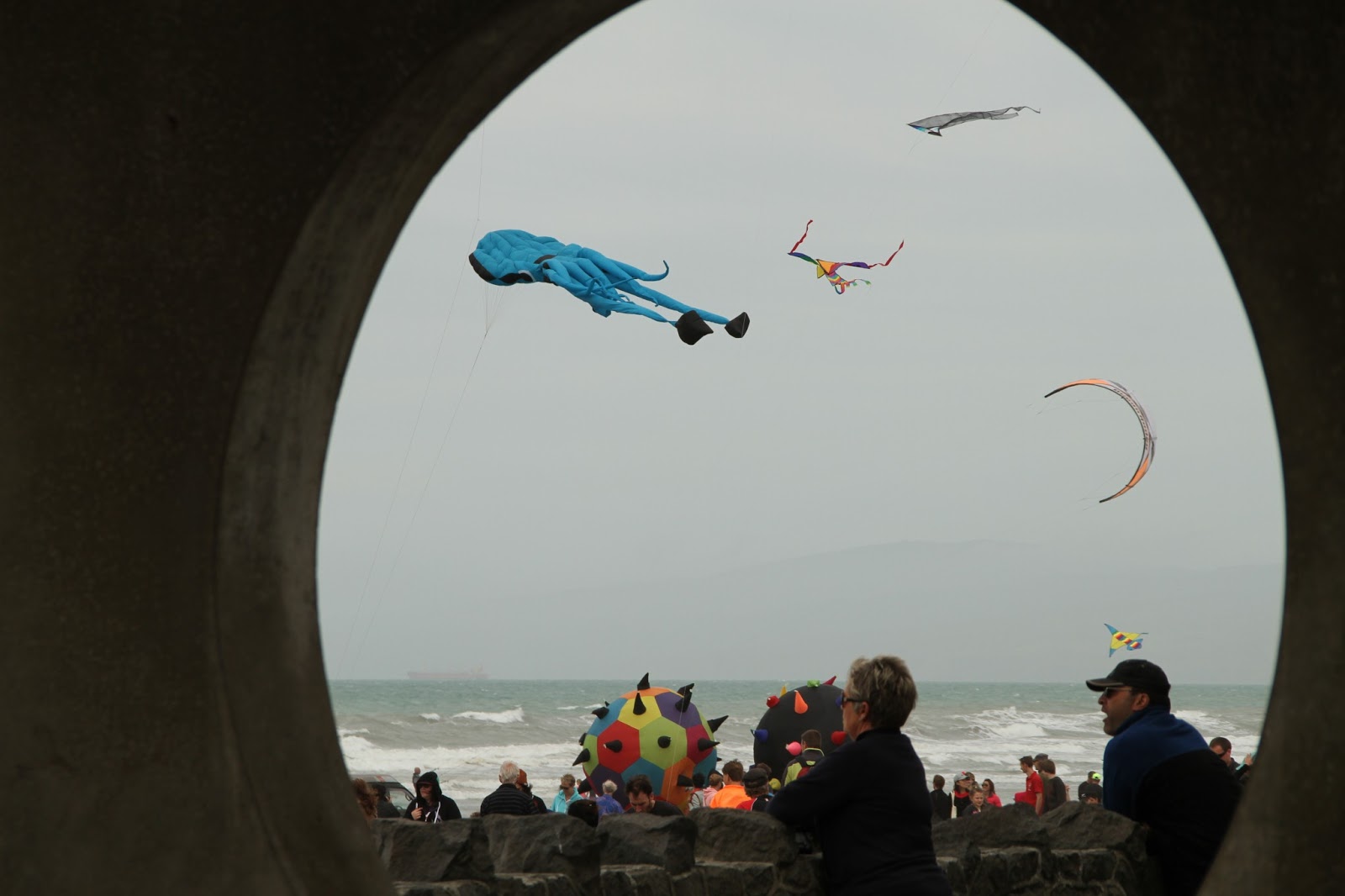 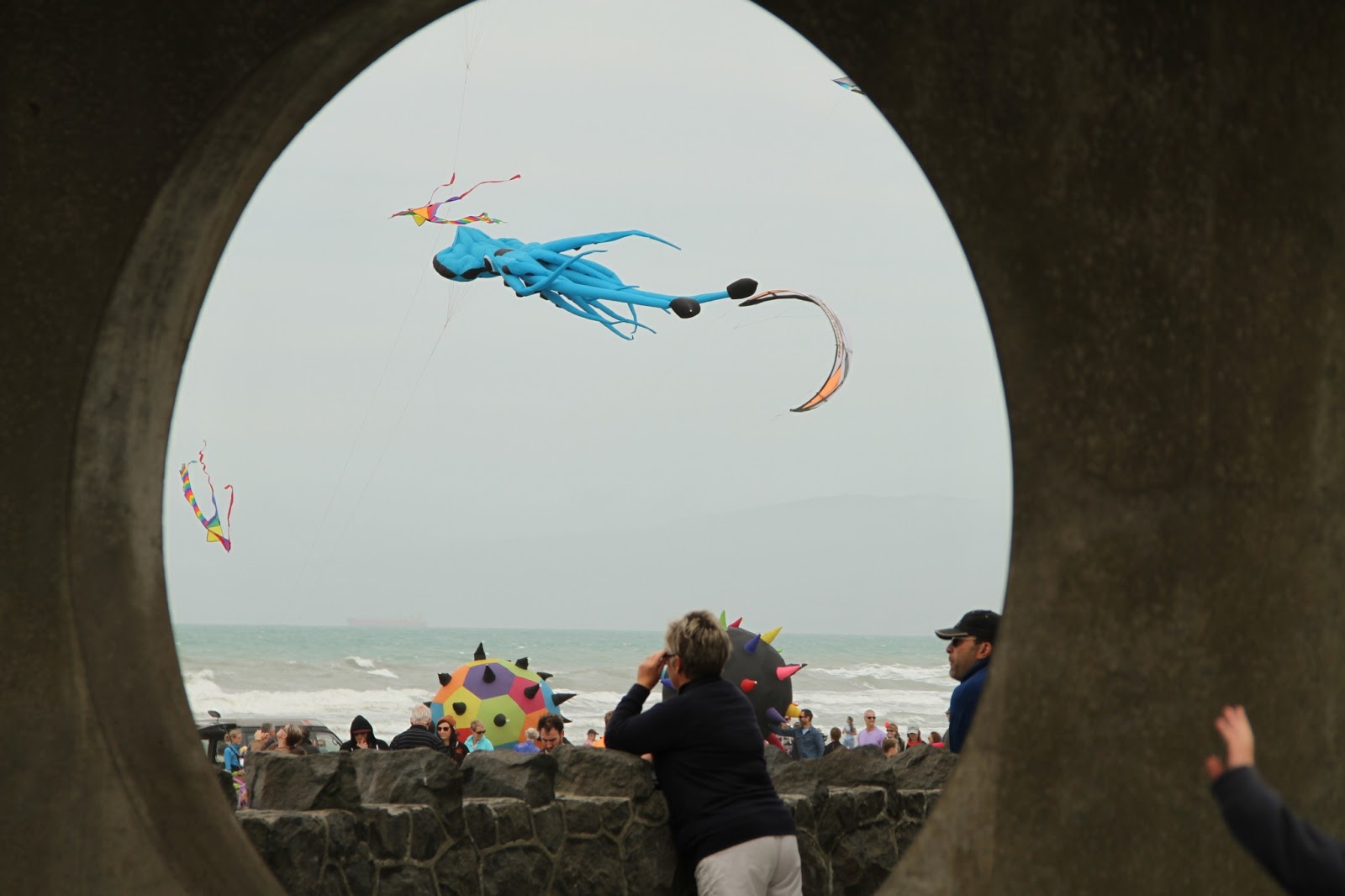 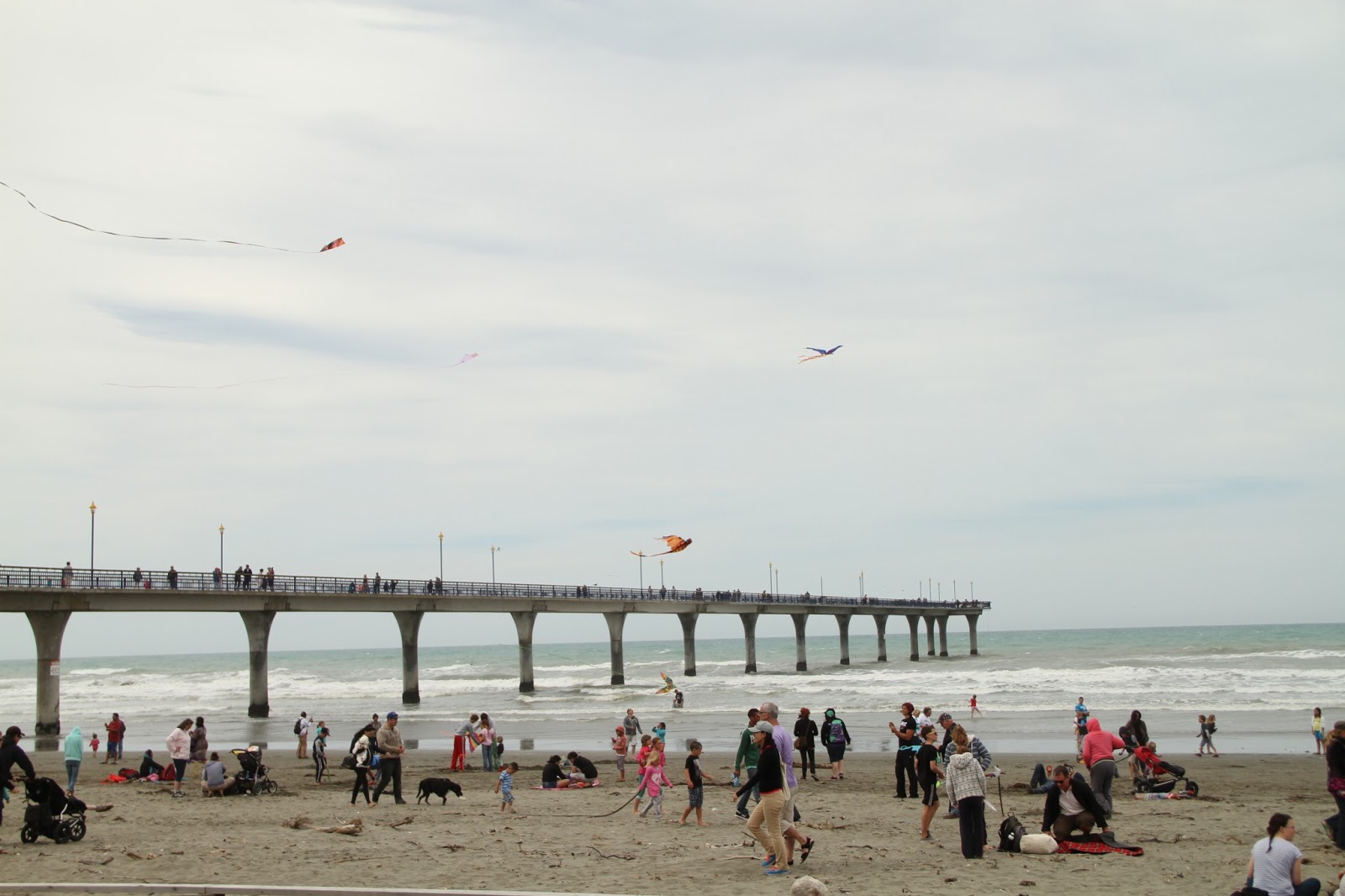 Posted by Aligorith at 2:31 AM