Today is the third anniversary of the deadly February quake in Christchurch that claimed the lives of 185 people in 2011. It's also quite a strange day, with the temperature shooting up over 30 degrees before lunchtime (having only gotten down to 19 deg C overnight - a very rare occurrence in Christchurch indeed). 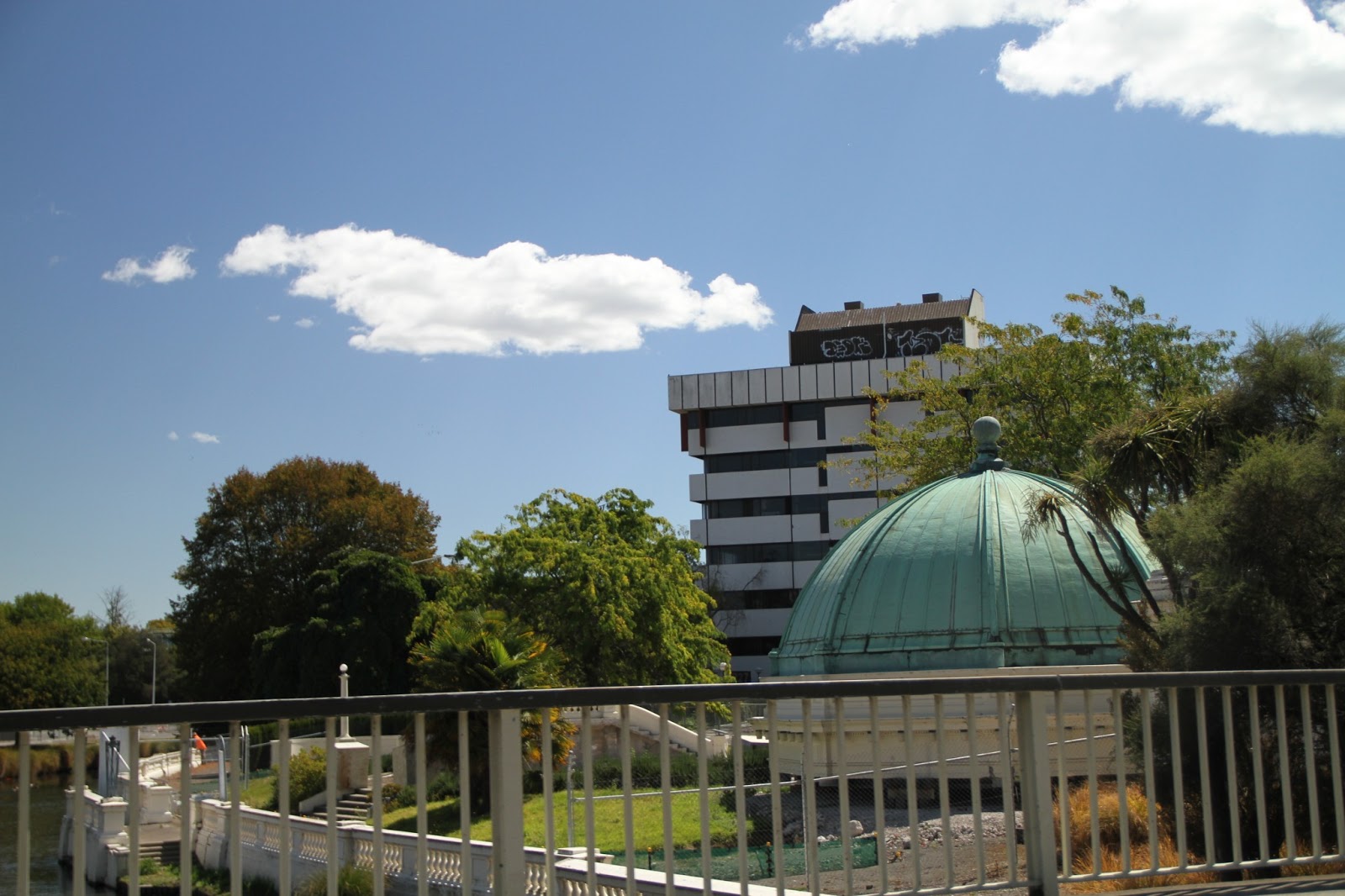 Relics of the Past - The dome of the "deconstructed" Edmonds Rotunda (a restaurant) lies abandoned on the ground beside it's former home. Across the road stood the pancaked PGC building, which was the site of the 2nd deadliest collapse following the quakes. 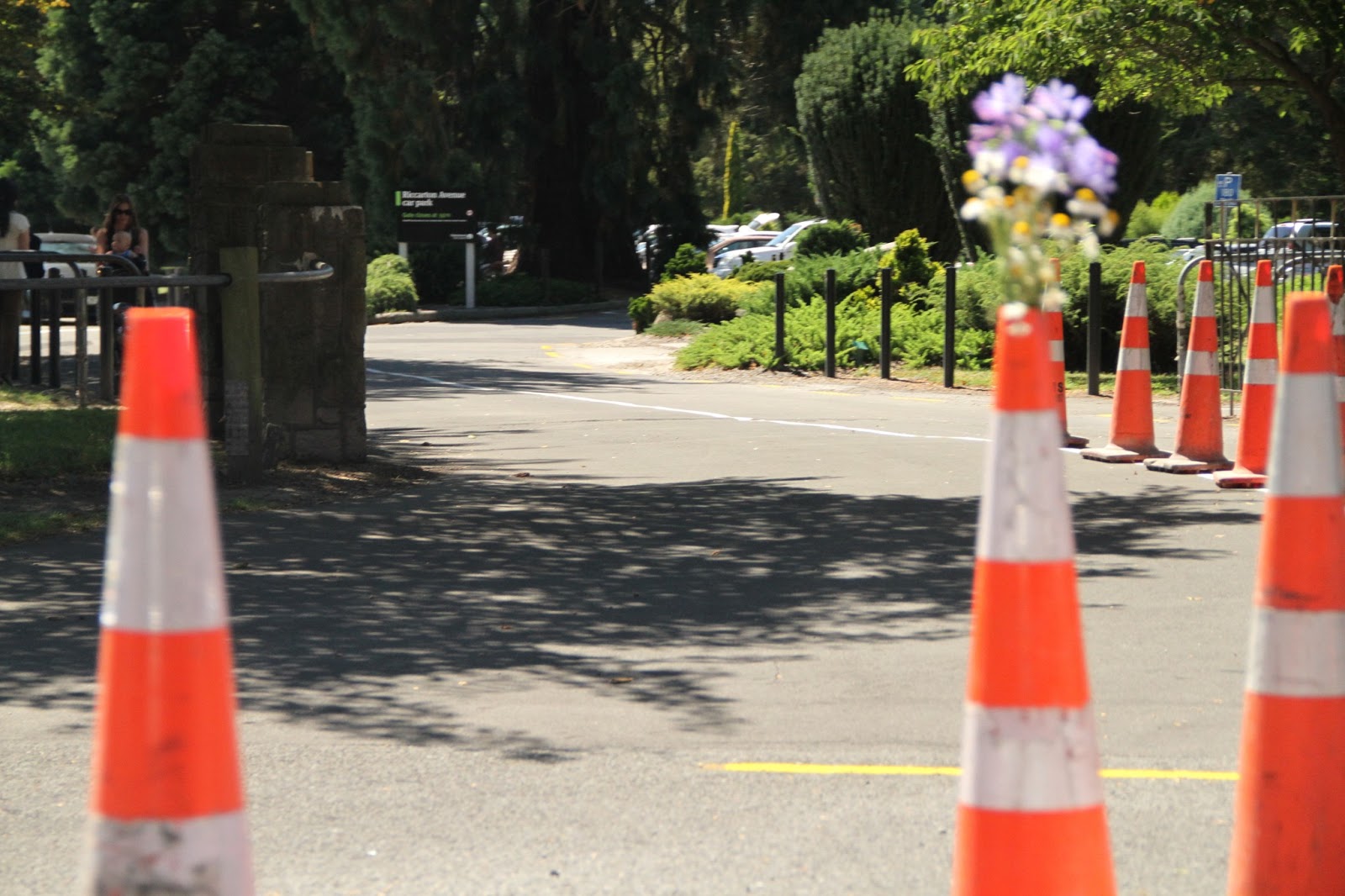 Road cones are rather ubiquitous around town, with various road works projects on the go at any time. These ones were put out for traffic control for the memorial service held today. On one of these, there's a floral tribute - a tradition started 1-2 years ago... 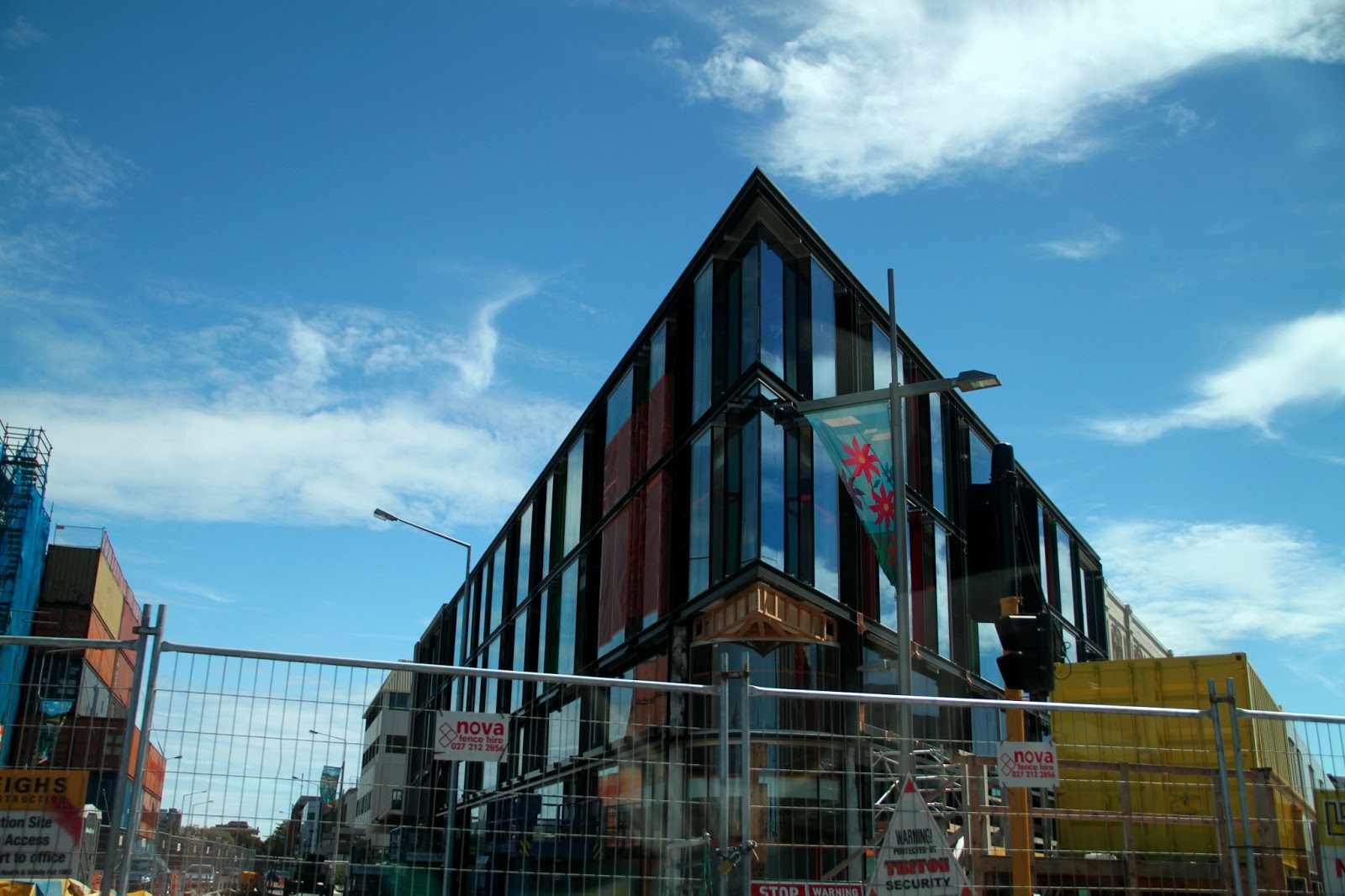 Rebuild under way - Though progressing rather slowly, there are signs of the rebuild activity in various places (especially down Victoria St), with various new buildings starting to spring up. Here is the new "Stranges Building" being constructed on the corner of Lichfield and High Streets.

In the meantime, transitional projects, such as the quirky "Pallet Pavillion" pictured here have sprung up in empty lots which would otherwise be home to the plague of "Wilson's Carparks" popping up all over the place. This venue acts as a concert venue and bar/dining area, with other projects from the Gap Filler project located beside it.
Posted by Aligorith at 4:28 PM