With the unsettled spring weather this week (following a really nice and sunny settled period over the past week or two), we've had a number of spectacular sunsets this week. As they say, some of the most dramatic sunsets occur on the days with the highest probability of also turning out to be complete fizzers where the cloud cover just blotted out everything. That said, I'm beginning to feel like I'm starting to be able to guess which days are likely to produce some interesting skies to look at. Today's sunset was one of those... 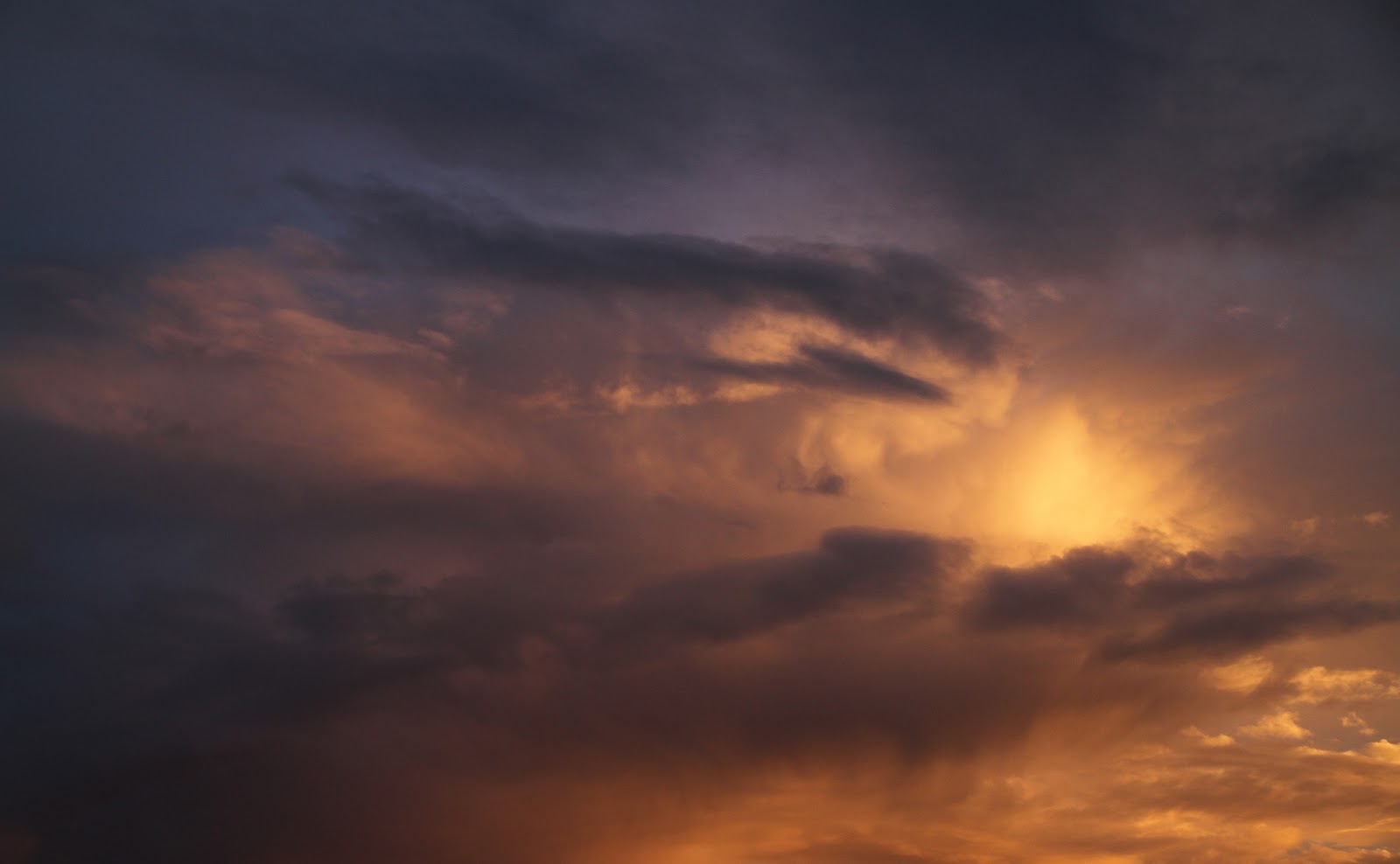 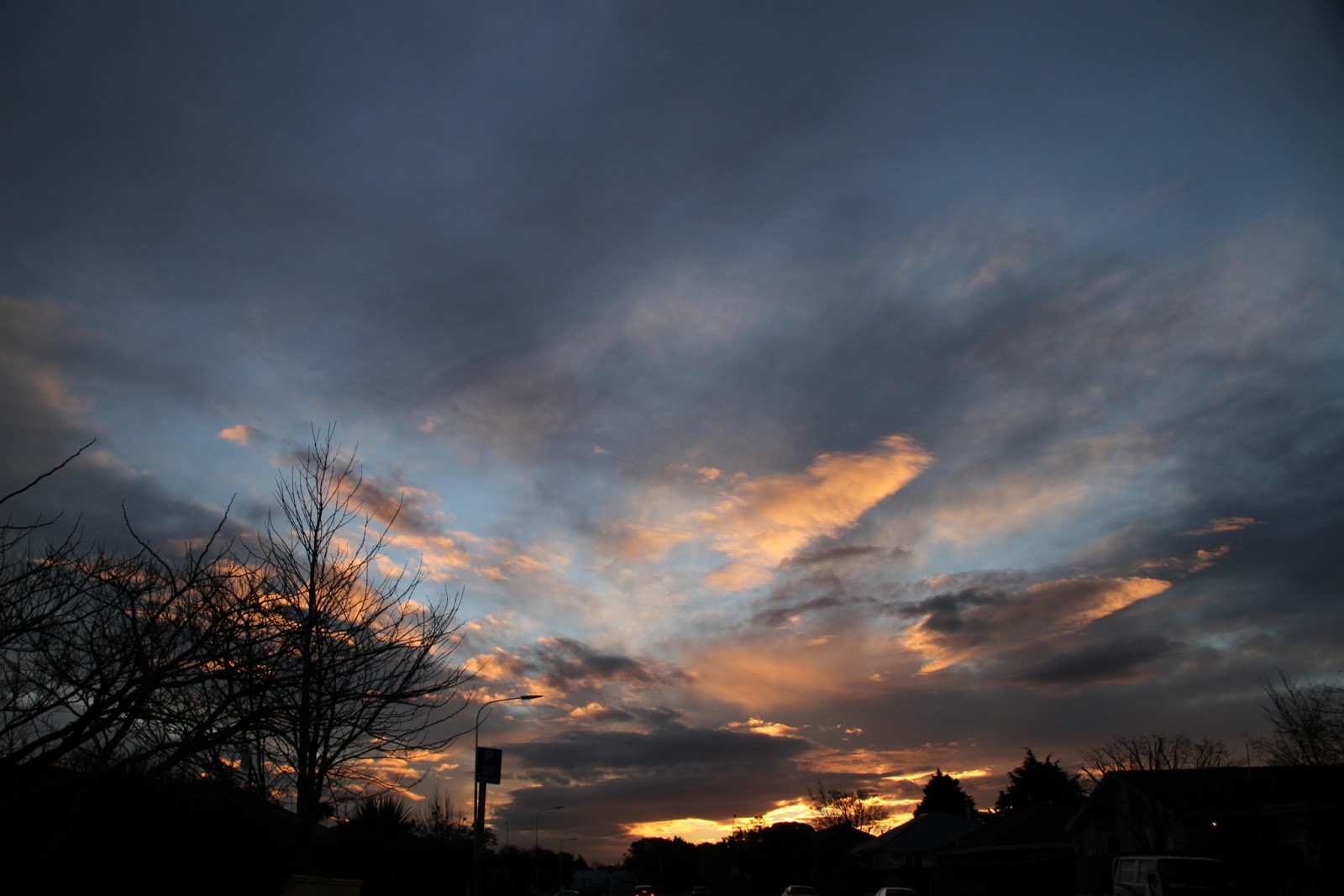 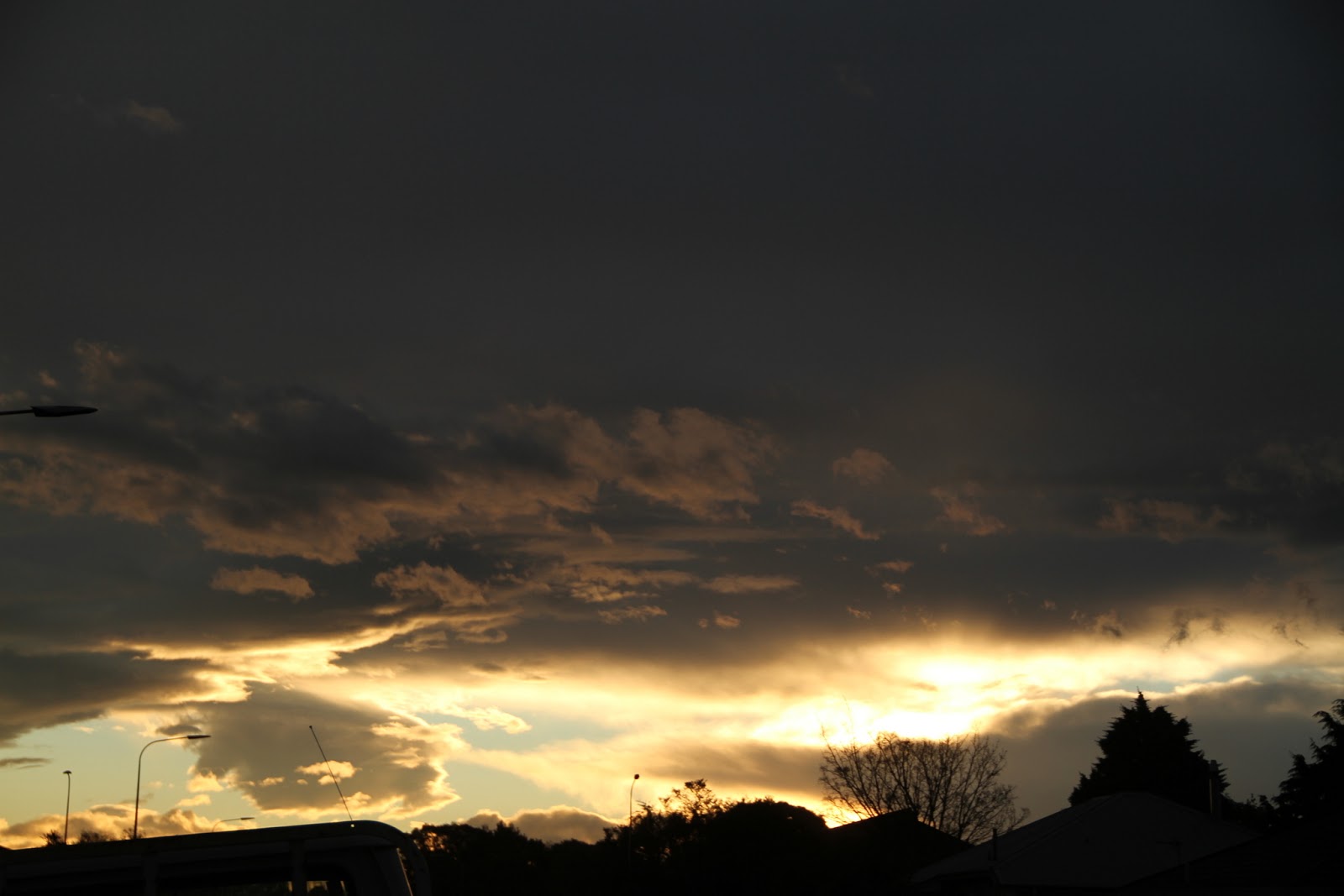 Monday
Although it was overcast all day, a hole opened up during the drive home, spewing out golden light, illuminating the bottoms of the top layer and making a brilliant show of the rest.

Tuesday
Tuesday's sunset was even more stunning. Although there had been some rain earlier that day, things had cleared up a lot, leaving a layer of high cloud, and some patchier blobs floating around. In the late evening glow, these blobs lit up in spectacular fashion, turning golden and then red. 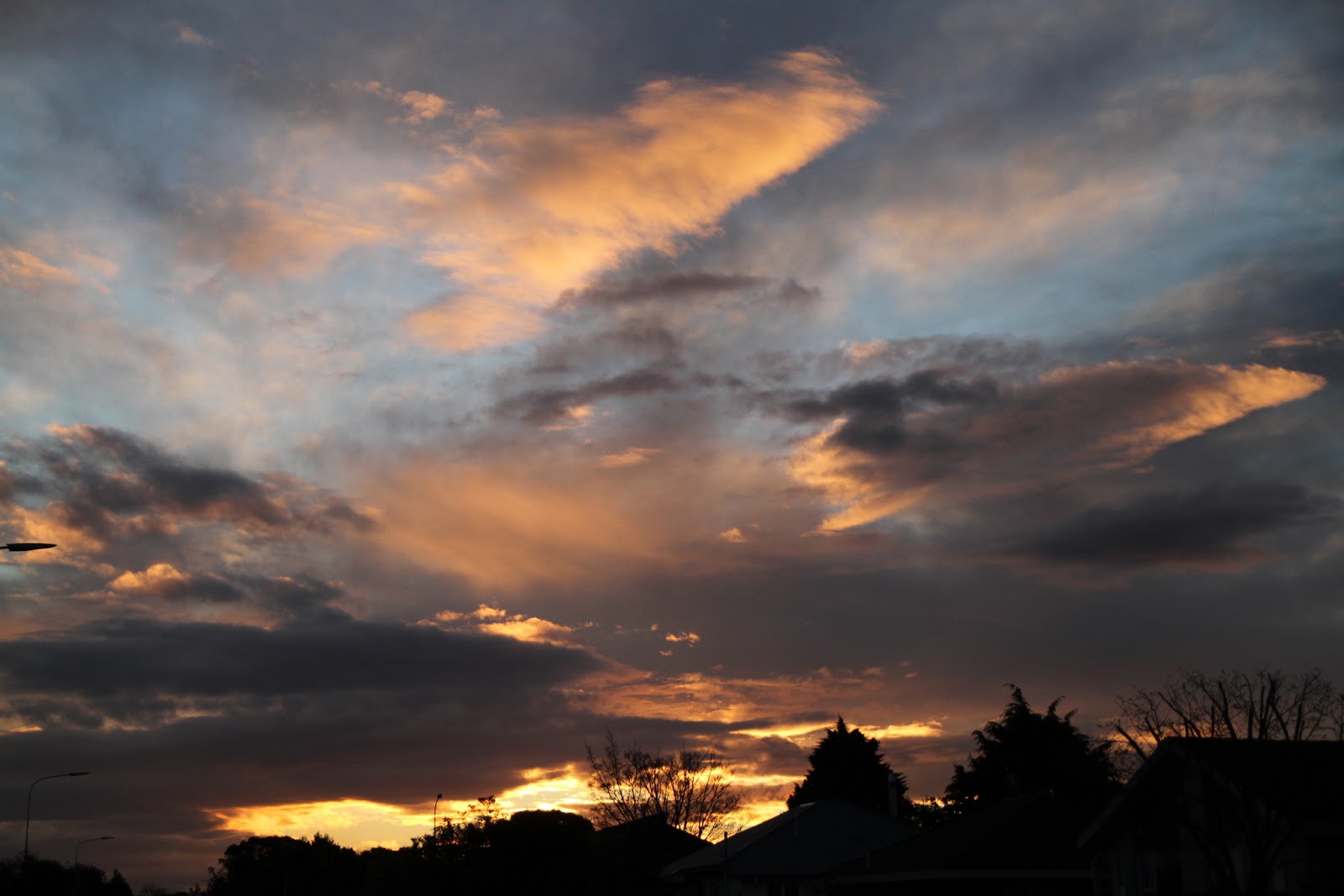 Today's Sunset
I'd been watching the skies this afternoon with anticipation. We had been having some strong gusty breezes blowing through town today, resulting in a bit of a norwest arch forming. Specifically, it was quite a brooding, lumpy one, with several patches of scattered lower cloud. Knowing the way that these things go, I figured that this was brewing up to be quite a promising evening, as when you get lumpy clouds layered over a higher "blanket" layer of cloud, you get effects where the lumpy clouds light up in yellow/orange/red/pink against a textured deep blue backdrop. In other words: dramatic cloudscapes!

Perhaps the star attraction of tonight's cloudscape was the towering and impressive formation in the southwest corner. This towering beast had complexity, layering, and a strong golden-orange glowing highlight - all features which made it quite an eye catcher! This was nicely juxtaposed against the plainer deep-blue sky, with some smaller scrappy (but magnificently golden-lined) clouds low on the horizon. 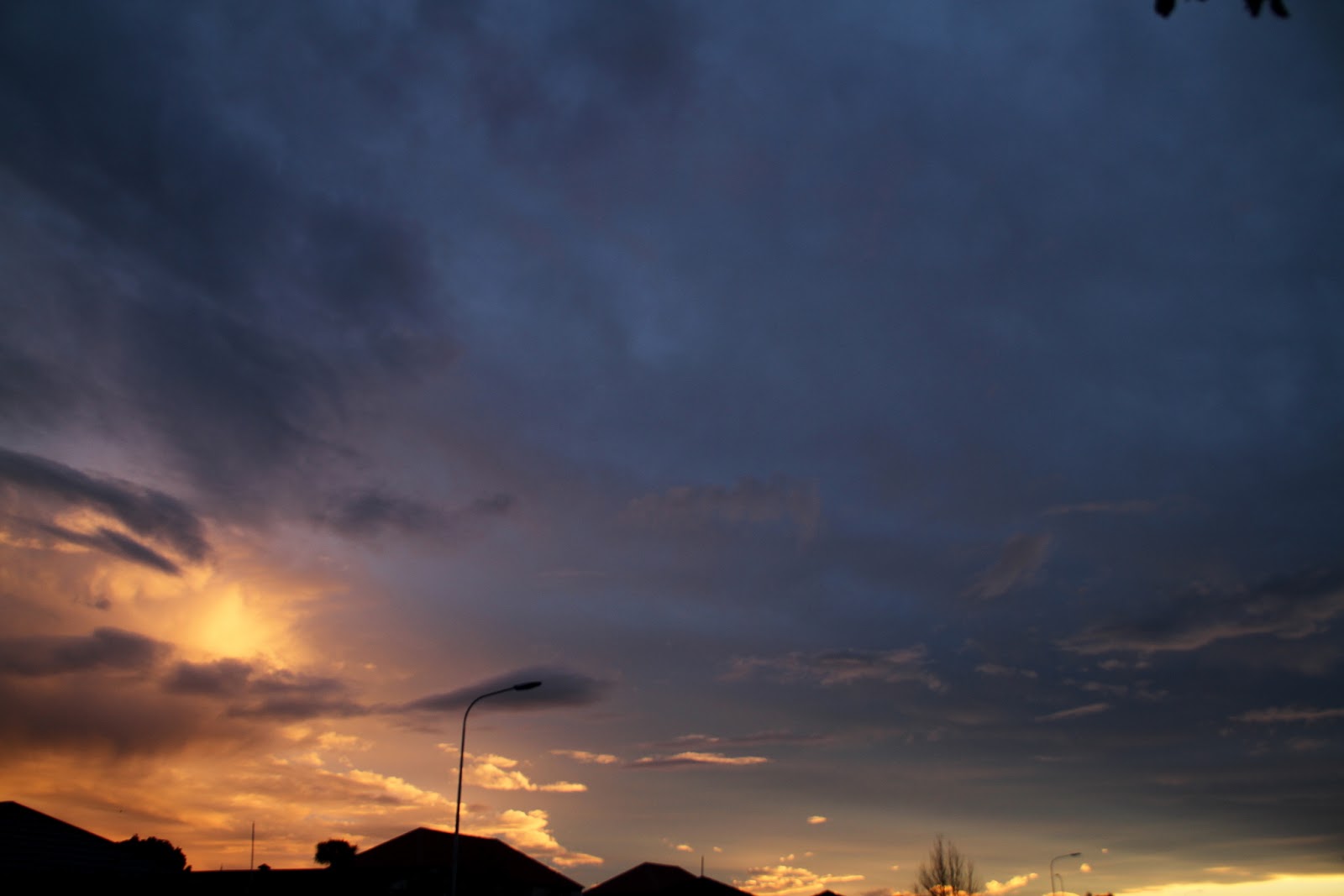 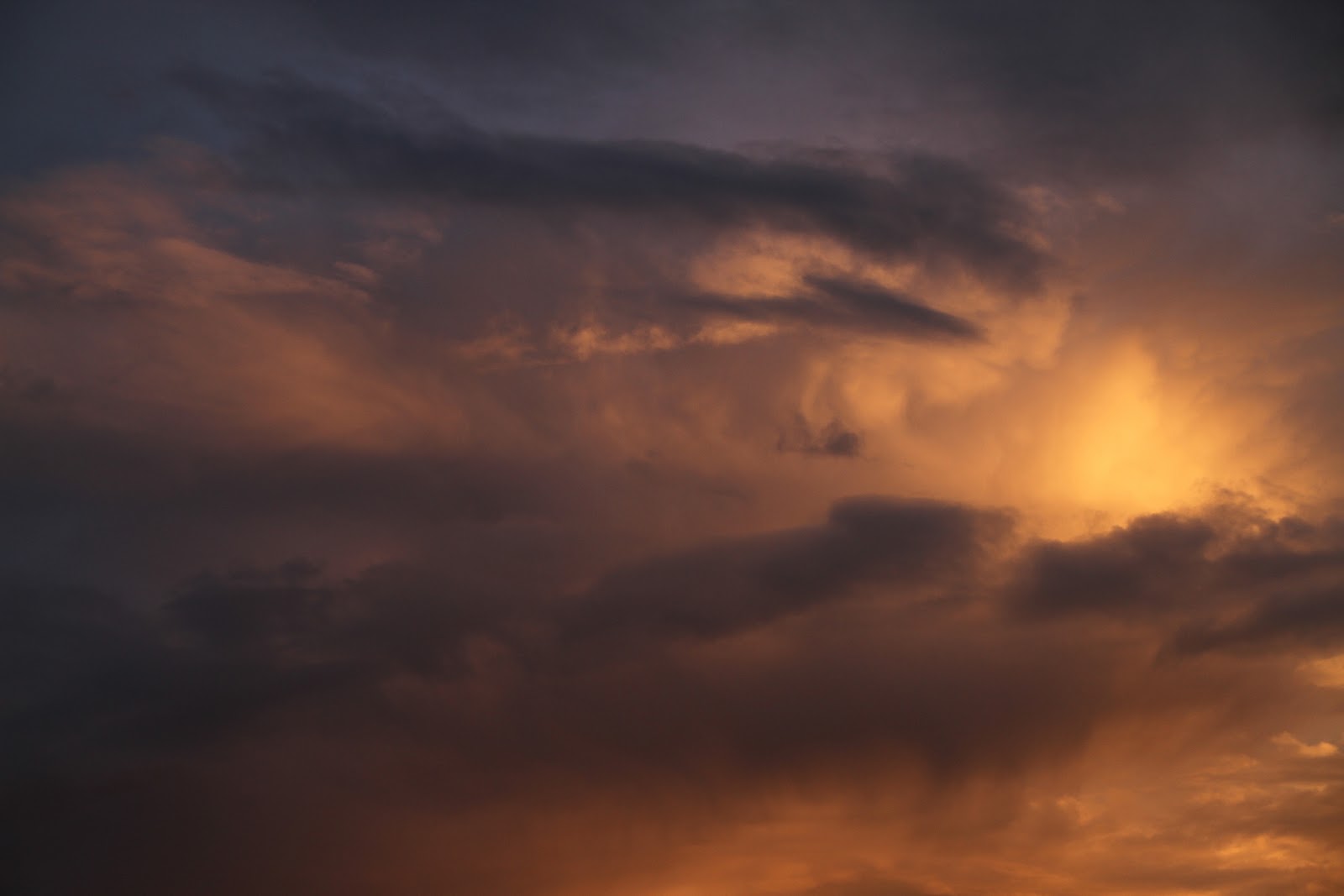 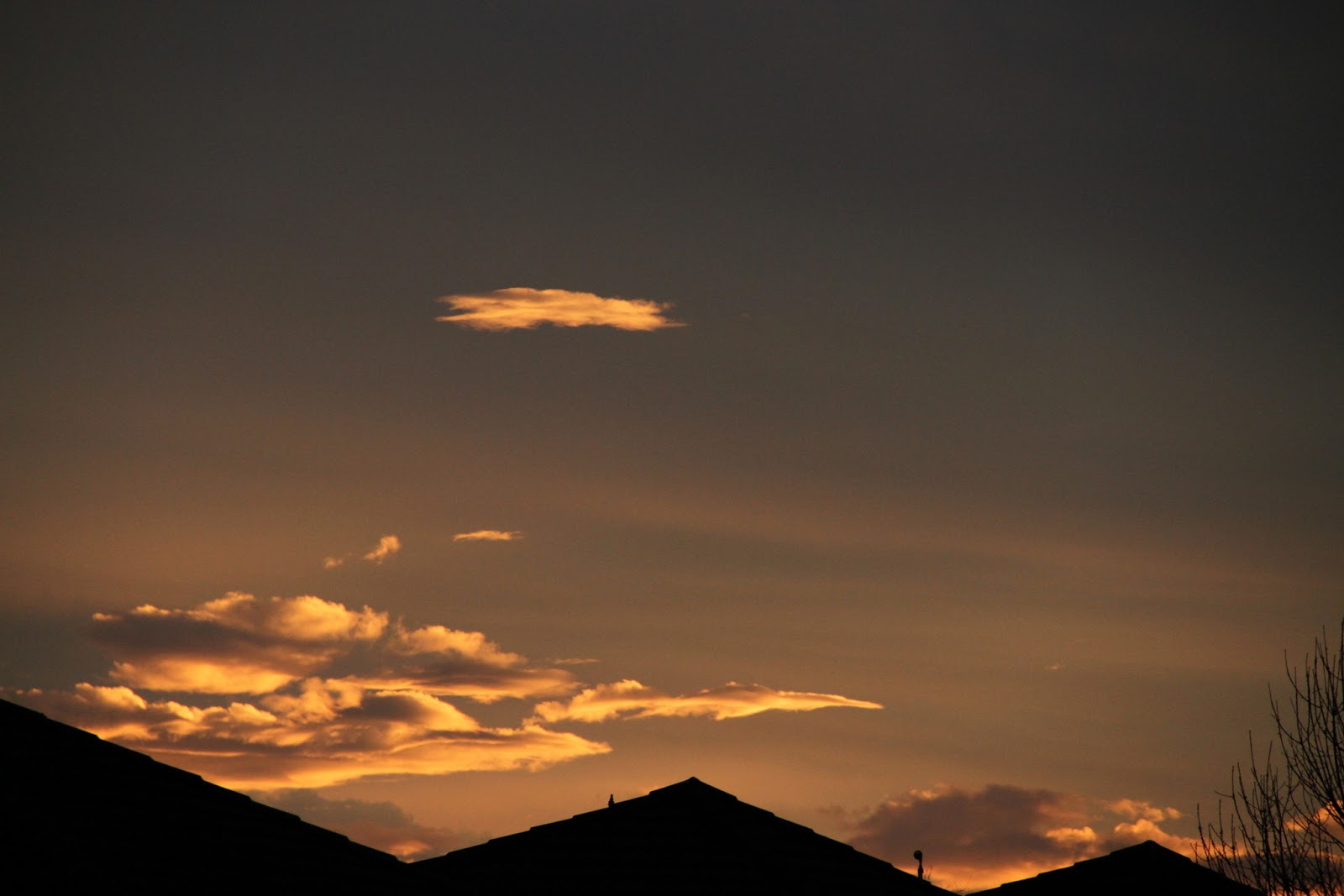 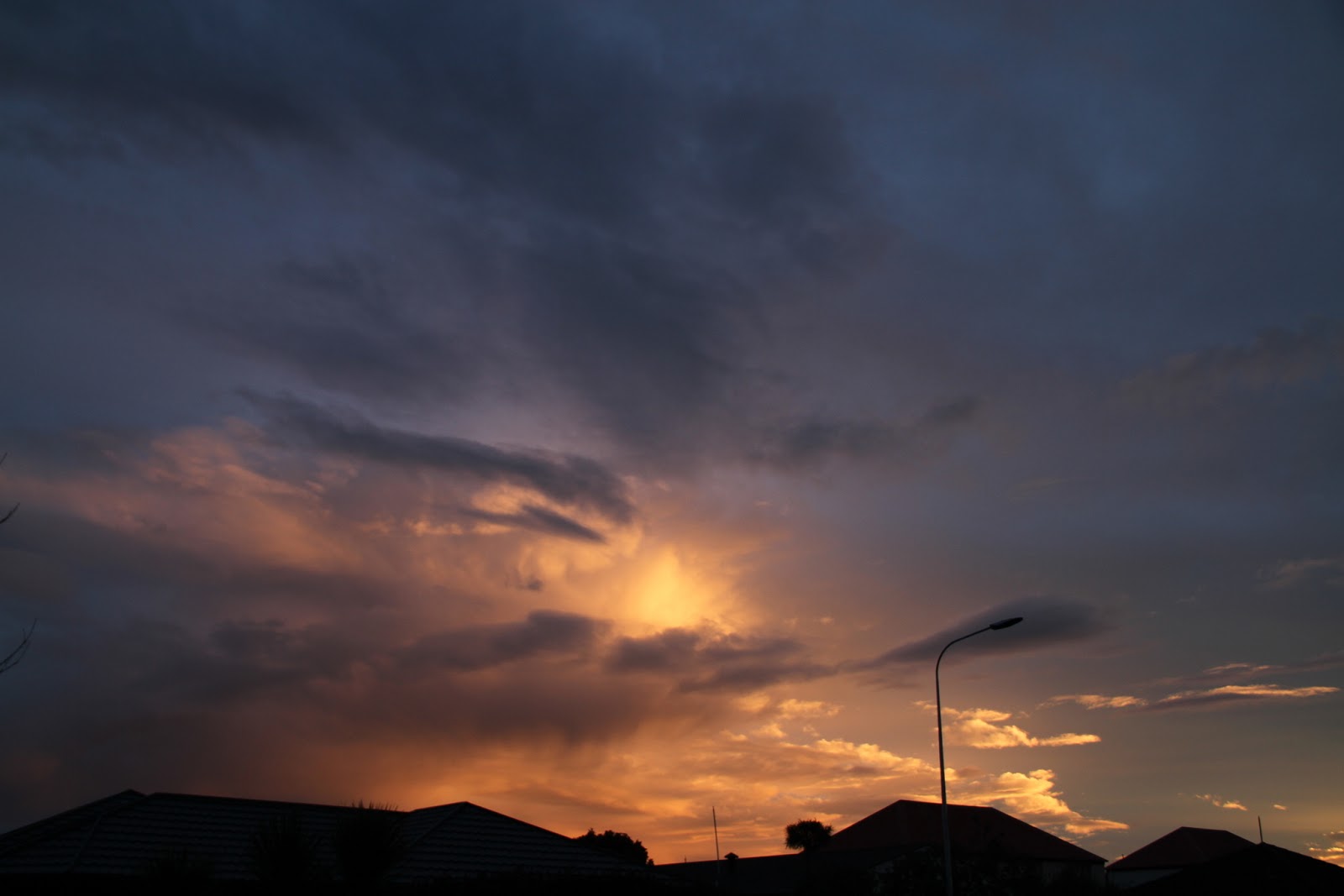 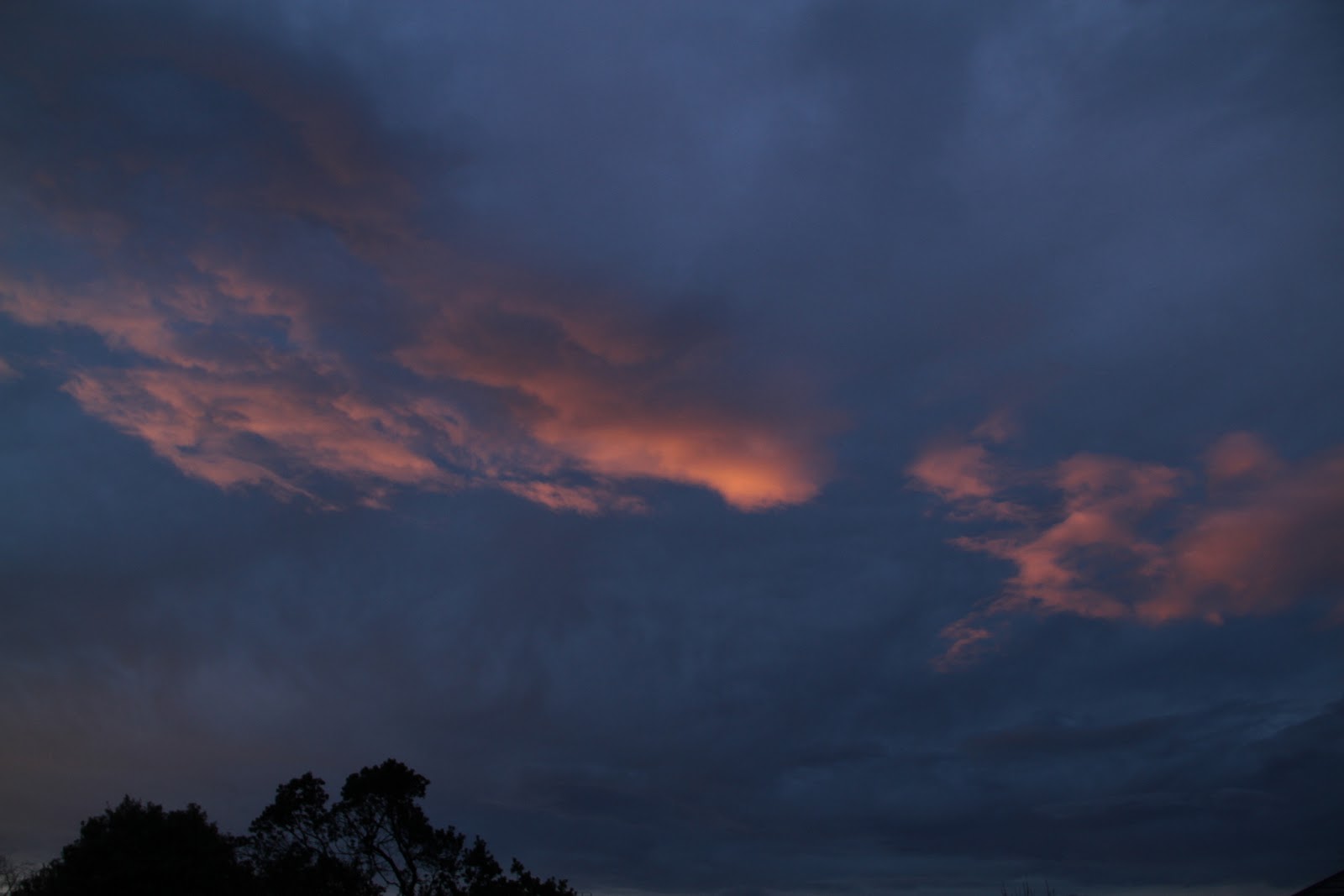 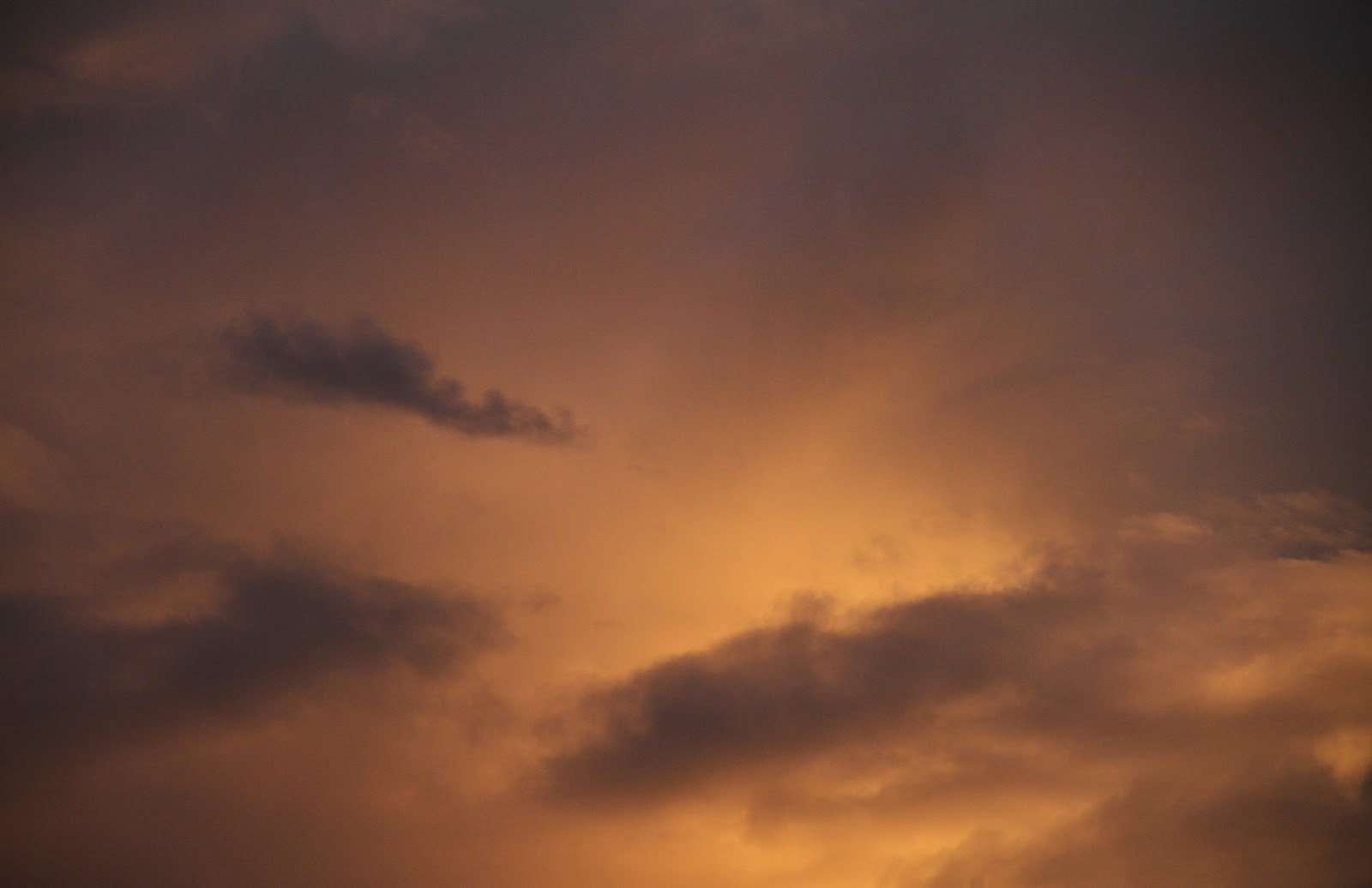 Posted by Aligorith at 1:40 AM