This evening, I spotted a hedgehog in our garden! For some reason, it looked to me like it should be called "Boris"... Maybe since it was quite a large one, or due to the look on its face? In any case, I hope that, judging from its size that gotten that way from eating all of the slugs that trying to destroy all our plants ;) 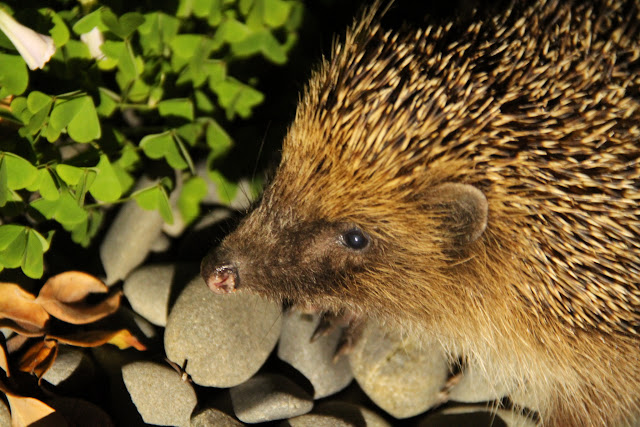 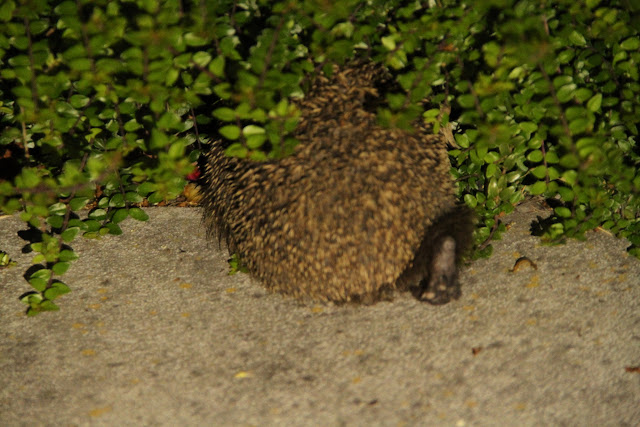 Yay! I finally got a nice clear shot of a hedgehog! 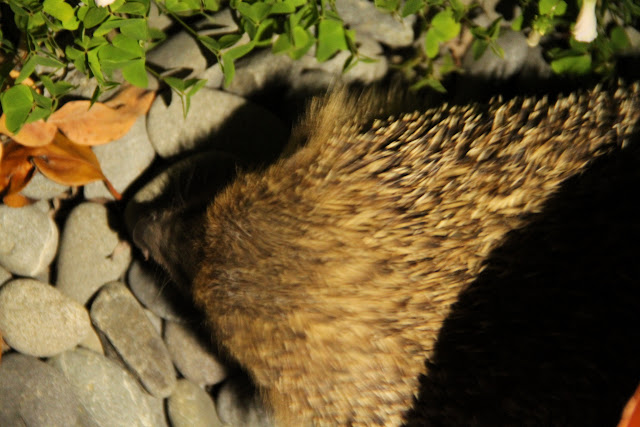 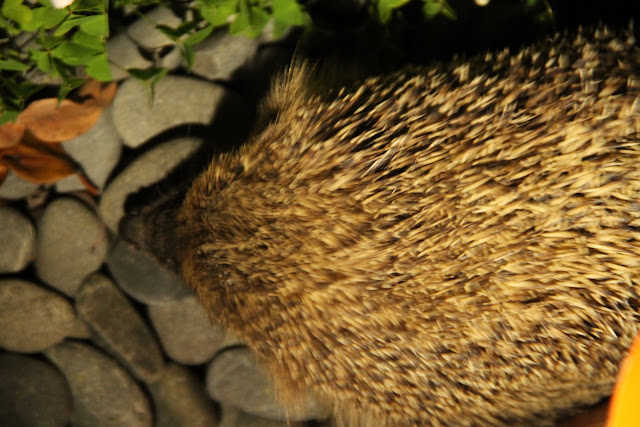 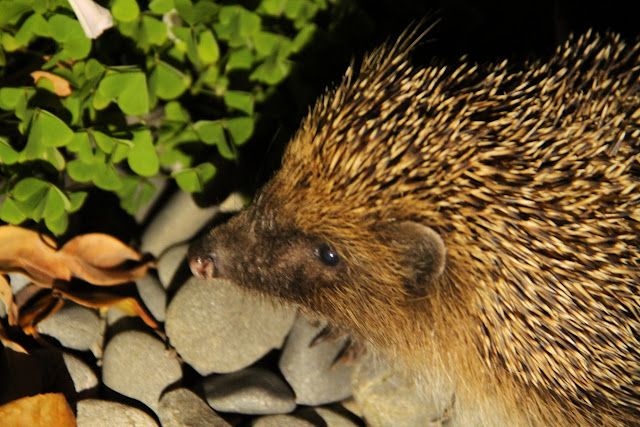 Hello Hedgehog!  What a pink nose you have!

Unfortunately, I realise that the process of shooting these shots must've been quite traumatizing for Boris. The damned auto-focus continually refused to track tonight, leading to me struggling to switch back to manual focus and adjust (or jumping back to af again as I was getting frustrated), all the while trying to juggle and aim my phone's flash/torch in the general direction of the critter so that I could get a clear shot of it. I ended up using my phone's light as a continous light source, as randomly firing off flash shots proved to be much too hard to control (and I imagine, even more stressful/scary than a continous light would be). 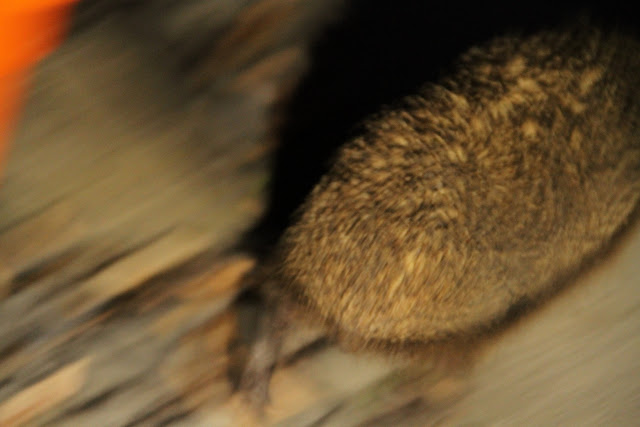 Hedgehog sure know how to scamper and run off fast! Especially when terrified... Poor Boris ended up rushing towards a particularly dense hedge (finally, a hedehog that lives in a hedge!), leaving only his prickly butt sticking out... 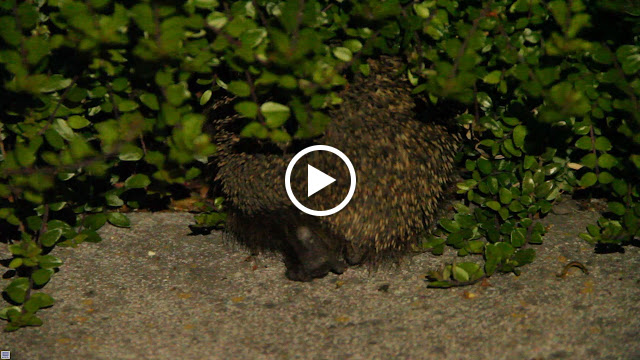 Disappearing into the hedge 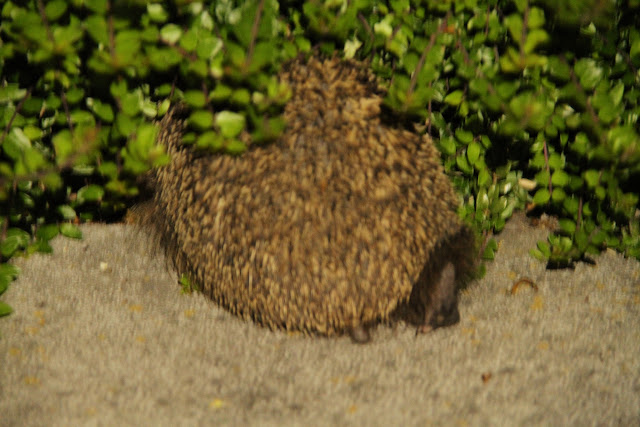 As a gesture of peace and goodwill, I decided to sprinkle one of the packets of sample cat food (that we'd gotten in the mail, and hadn't had any use for)  on the path around the bush where Boris was last seen. By the time I checked an hour later, all the food was gone! Not one lump left! (I only put out half the packet though, to avoid giving him too much to eat!)

While I don't know whether he's still terrified, at least we know one thing: Boris had quite a decent feast tonight despite this hapless paparazzi's approaches ;)
Posted by Aligorith at 2:54 AM