What a neat mashup - the Cycles renders look gorgeous!  (I have to say though, that the more you think about the dialog in this little shot and the rest of the scene, the more confusing it gets, and the less it all makes sense... hahaha)

EDIT: On rewatching again a few days later, a new interpretation that somewhat makes sense does come to mind... hmm...

But wow, how time flies! Ten years ago, I hadn't actually started developing for Blender yet, though being able to watch the Elephants Dream production unfold (and especially seeing the results of the legendary "coding holidays" that Ton used to take) was very much a big thing which contributed towards me picking up Blender development around mid-2006, and becoming a core developer by November that year.

I remember just waiting for months and months for the "second part" of the animation system improvements, that never seemed to come... ten years later, I'm still working on those! XD

To finish off, here's a quick pose + render of Proog using the newly released version on the Blender Cloud that I just made a few minutes ago: 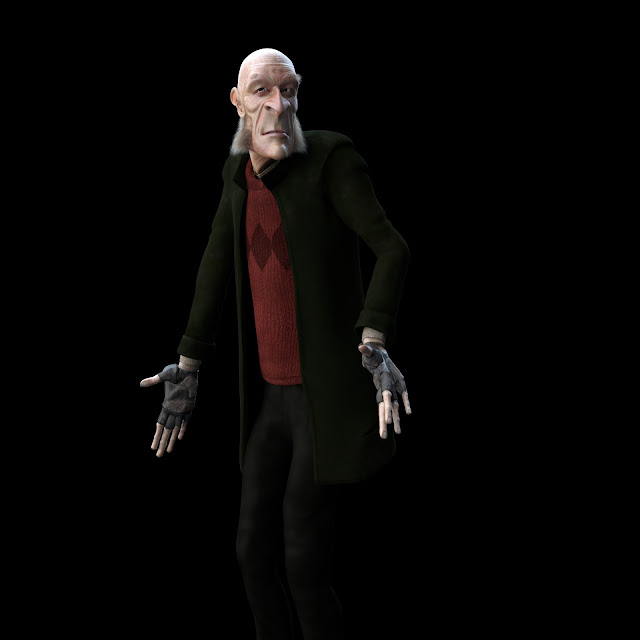 While the pose itself is probably nothing too special/fancy, it's notable for being something that I could just quickly knock out using just the Pose Sculpt tools I've been working on. Since my last update, I've made a few rather "significant" new tools which make it a lot more useful/interesting to use. (Granted, it does still need a bit more polish to make it really comfortable to use in all circumstances, but that's to be expected for a heavily WIP tool :)   Maybe this Easter weekend, I'll finally get around to finishing off another round of development on some essential functionality here, as well as getting around to recording that demo of the new stuff that I've been meaning to make for the past few weeks! Fingers crossed!
Posted by Aligorith at 3:01 AM