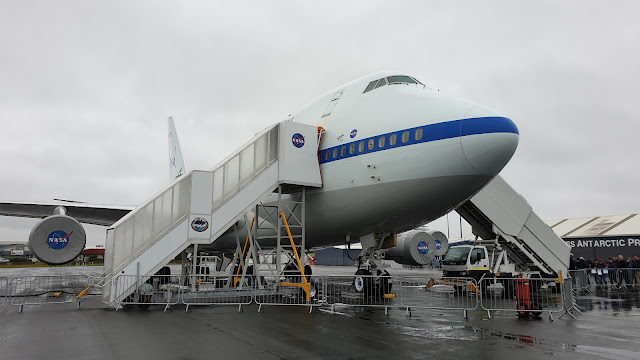 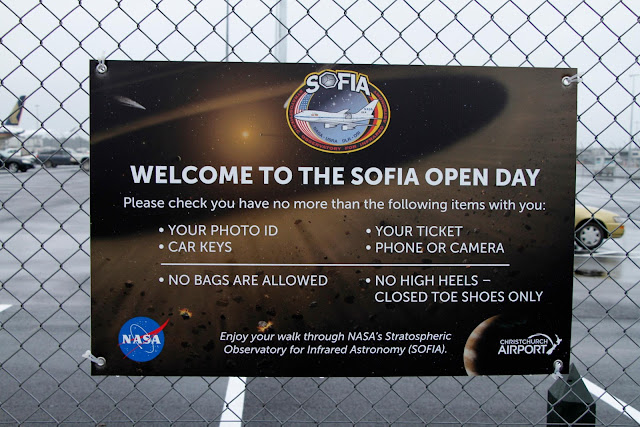 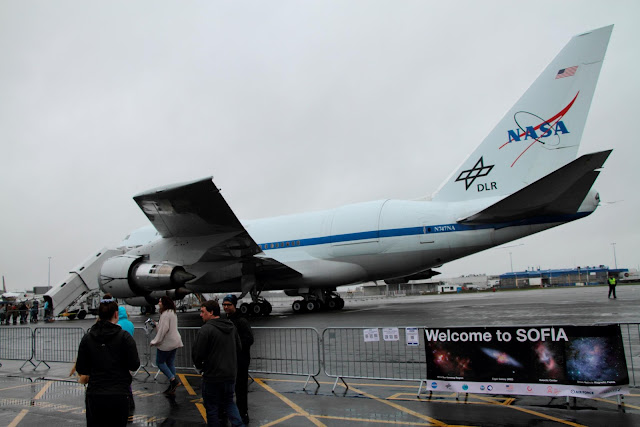 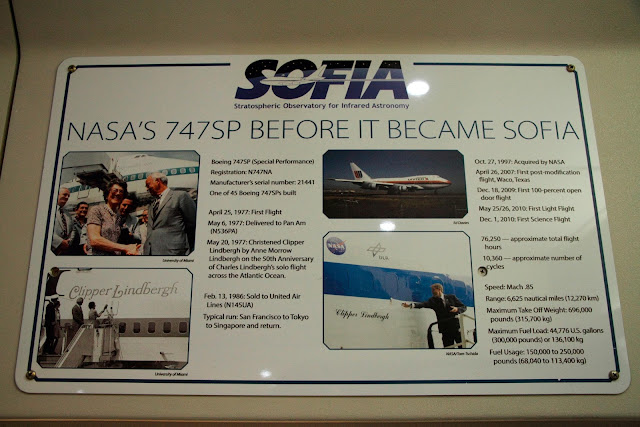 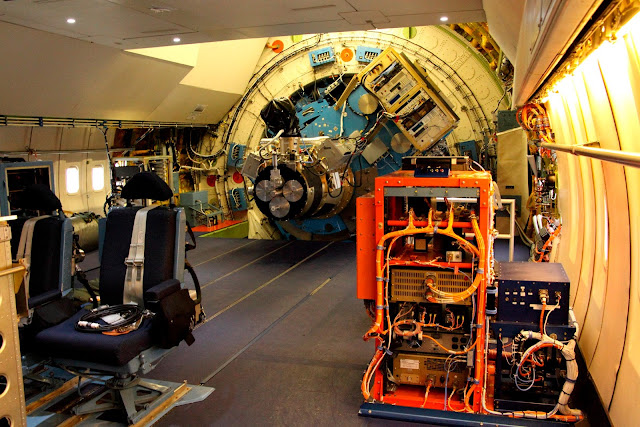 SOFIA is a one-of-a-kind Boeing 747SP modified to include a 2.7m diameter telescope, with instruments for infrared and magnetic field observations among other capabilities. Over the past few years, it's been coming over to Christchurch from its California base over the winter months to study the skies from the southern hemisphere. 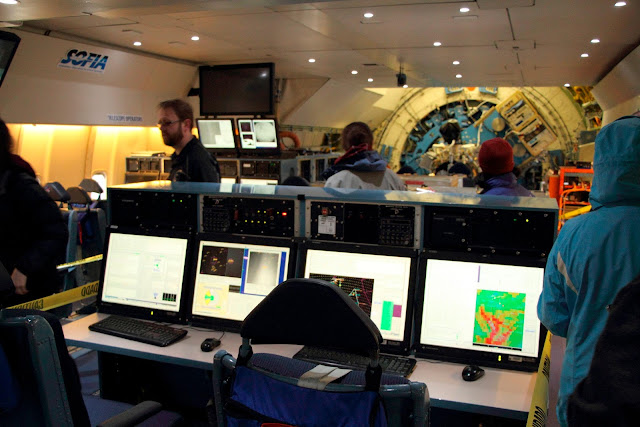 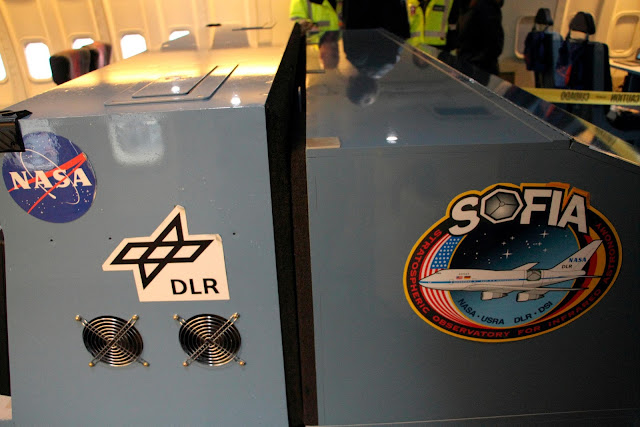 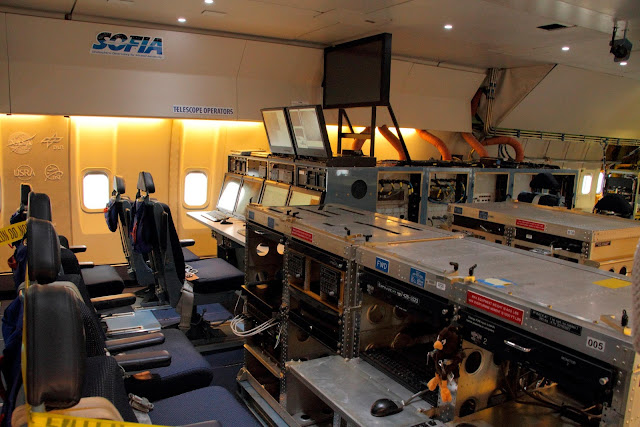 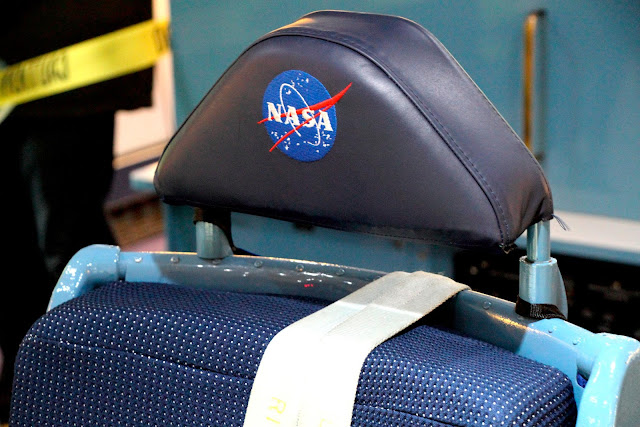 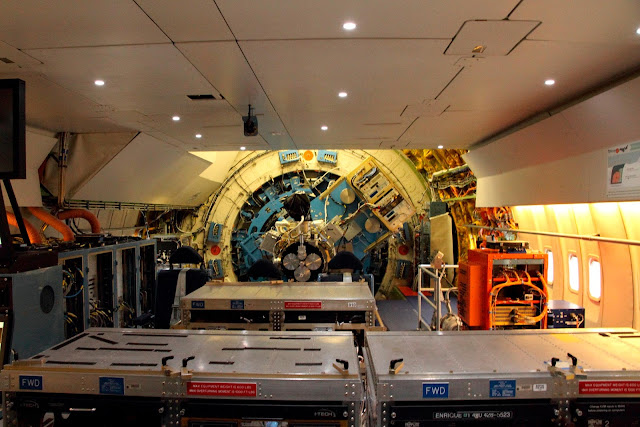 Inside, it's really hard to believe you're standing inside a plane. It feels more like an auditorium for the telescope! 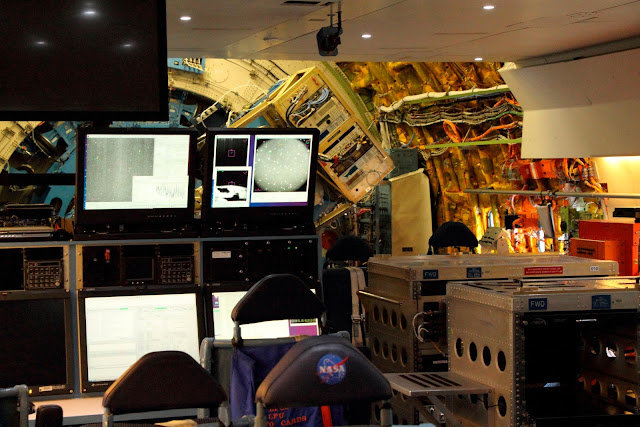 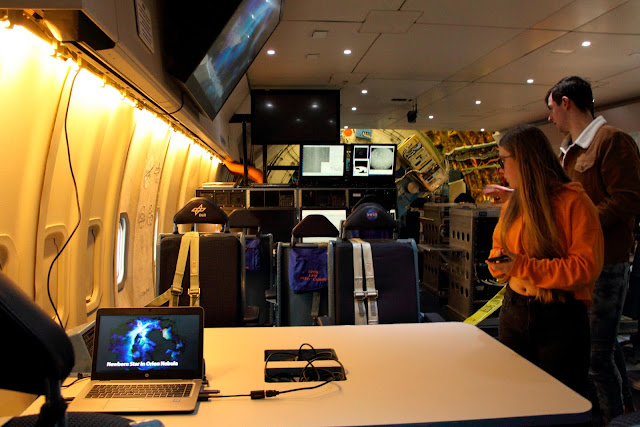 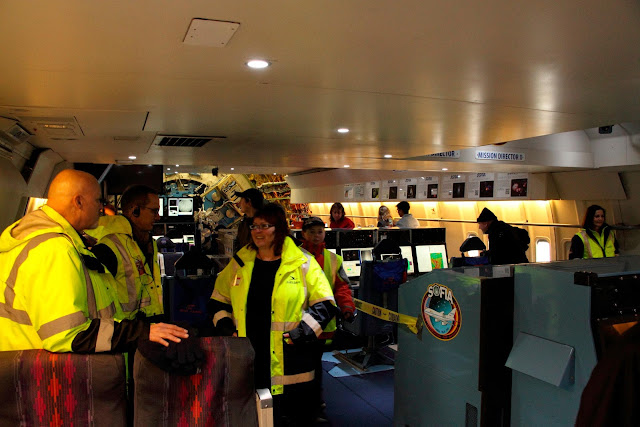 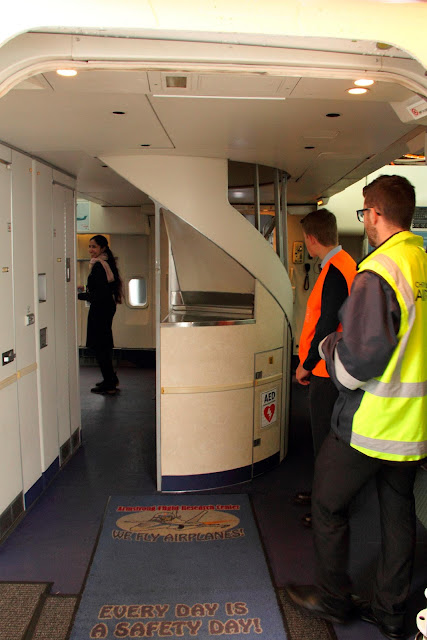 They still have one of the spiral staircases from the early Pan-Am days! It's the first time I've actually see one of these in person. 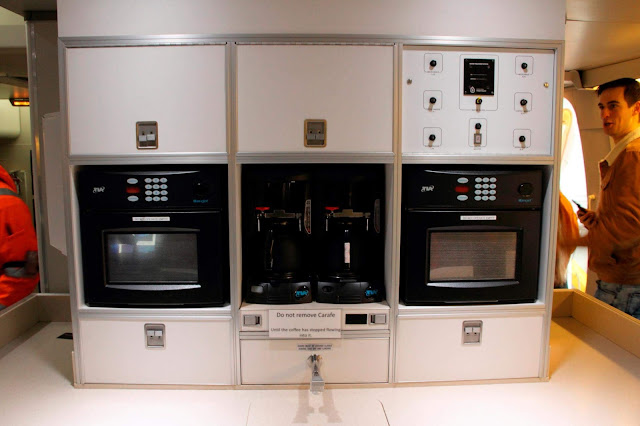 Coffee Machines - 'cause there's nothing more important to scientific progress than a strong brew, especially when you're literally pulling all nighters! 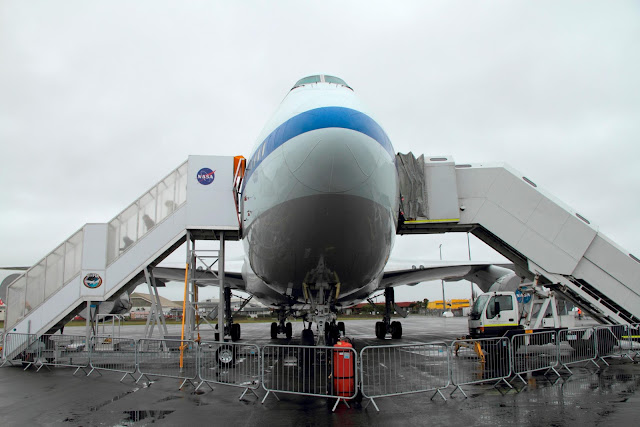 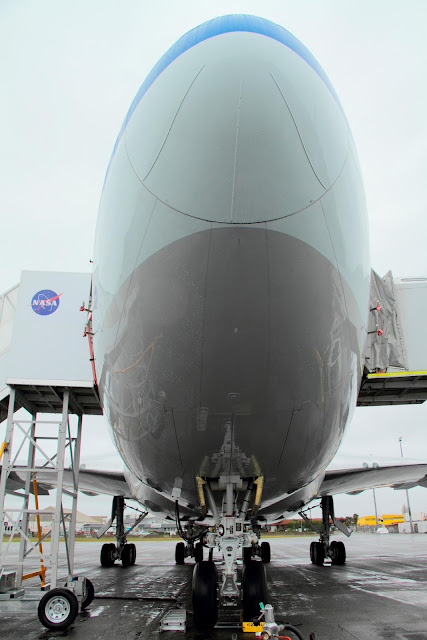 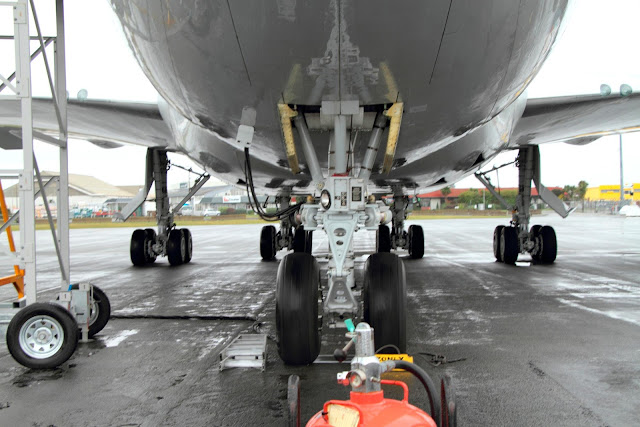 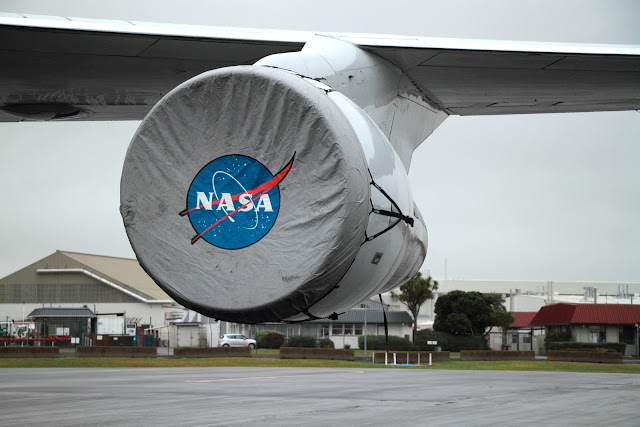 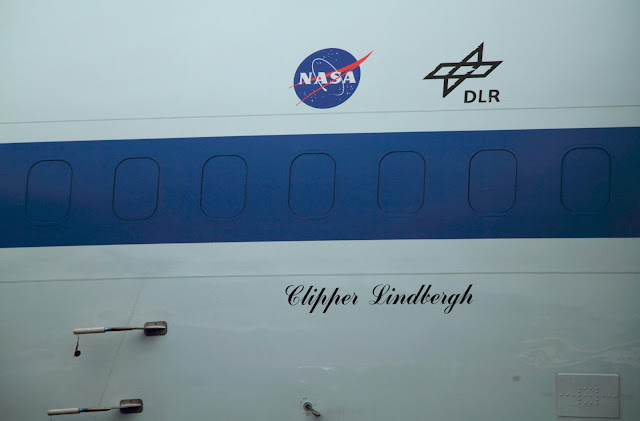 "Clipper Lindbergh"
A nod to the past: The 747SP's were originally built for and operated by Pan-Am, who named their planes "Clipper <X>" - a tradition that stemmed from their original flying-boat fleet IIRC. 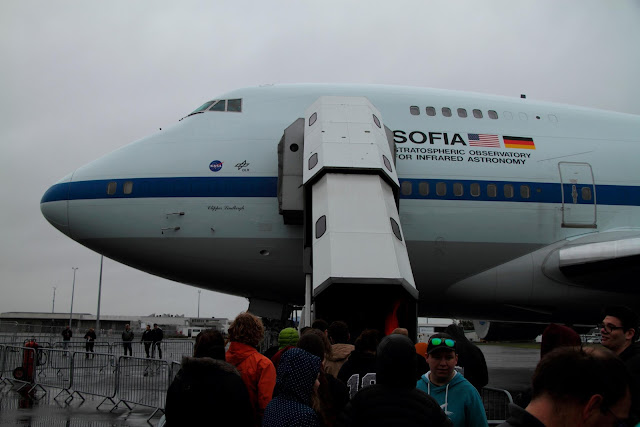 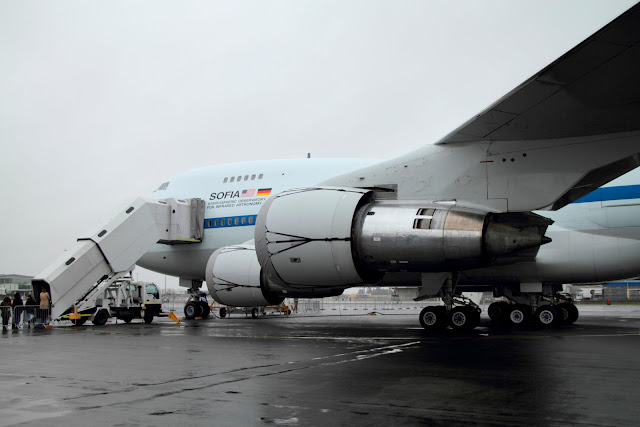 There's now only a single shop that still services the old Pratt & Whitney JT9D-7J engines SOFIA uses. They've got a few spares lined up, but when the engine shops stops supporting these in a few years time, the future of this unique airplane will be in doubt. 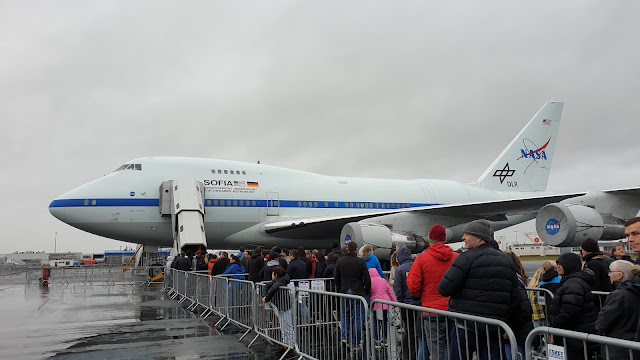 Cantabrians braving the cold and drizzly weather to get a chance to go up and have a look. Why does it always rain whenever interesting things happen!?

It was fun listening to Spike Teller (one of the pilots) talk about what it's like flying the missions and how he got involved. It was also really interesting learning about how they use liquid helium (not nitrogen, but liquid *helium*!) to cool the instruments down to between 0.2 and 4 degrees Kelvin, with that process needing to start some 12 hrs before each mission departs. 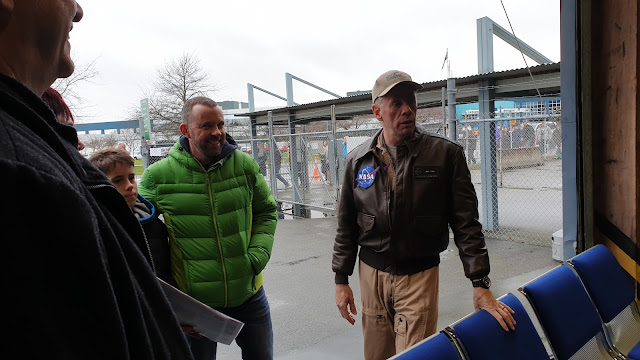 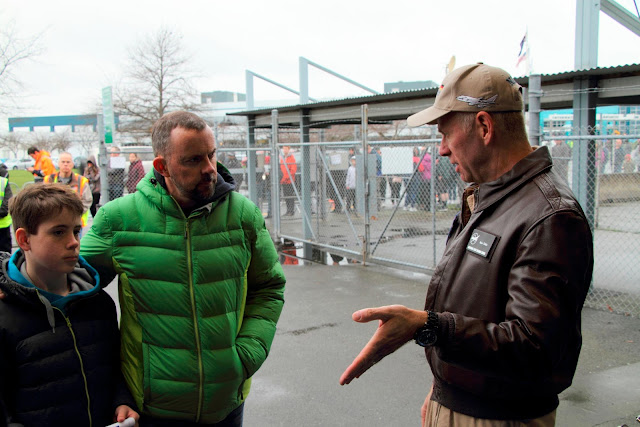 Spike Teller (one of the lucky pilots who gets to fly it) giving us an interesting talk about what it's like flying missions on SOFIA.  It's really impressive how they manage to figure out where to fly (and when) to capture an event happening zillions of kilometers away, and do so with narrow 1-second margins of error!

A video recommended by Spike covering a 10hr long overnight mission to observe a "Titan Occultation" last year in NZ.  Having seen the telescope in person (albeit while it's idle), it was really surprising seeing it jostling around so much when in action. It's really one hell of a piece of engineering that they managed to pull off! 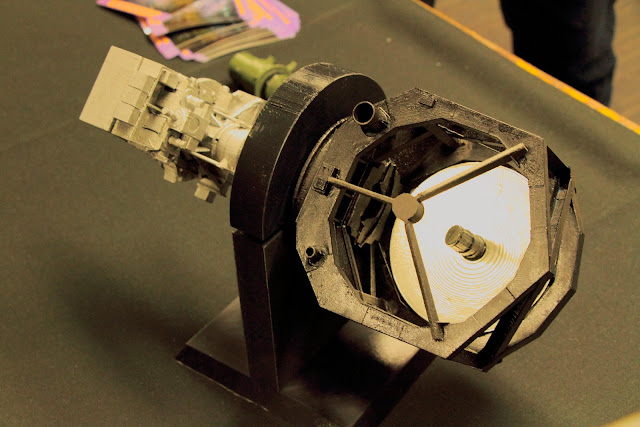 A scale model of the telescope itself works 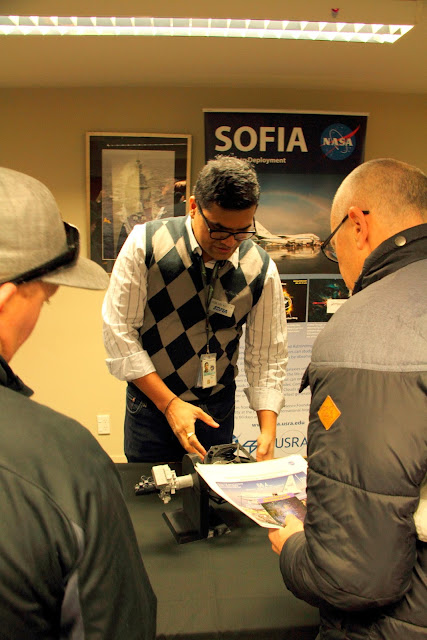 I was lucky to secure tickets to attend as part of a group from work early yesterday morning. The public visit tickets were all sold out within a minute of being released, with people queuing hours to get in.

A big thank you to the SOFIA team, Christchurch Airport, and US Embassy NZ for organizing this event!  I've been looking forward to getting to take a closer look for years. Also, a big thank you to Hamish for arranging the tickets :)

More photos available here: https://photos.app.goo.gl/N8TBfLF5njQULDEk9
Posted by Aligorith at 1:15 AM