The longest night of the year... 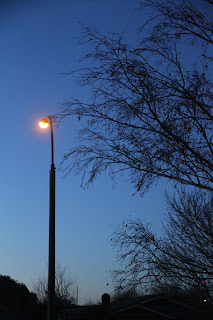 We just had another sizeable jolt here in Christchurch this evening - big enough to send some stuff falling off shelves or downright flying across the room (e.g. a vase flew across the room, landing inches from the fish tank), and certainly enough to fray nerves a bit. Apparently this was a 5.3 centered out in Akaroa (i.e. a little township in the middle of that knobby bit which sticks out of the South Island).


(Photo: sunset on a chilly evening last week. Taken using "sunny" WB to draw out the chilly blueness of the sky even more, though it looked practically like this!)


Since then, we've had quite a few rumbles (I don't know whether it's me, but I'm hearing an awful lot of deep rumbling noises in the background tonight) - a few of which caused a few minor shakes.

Ever since the shakes last week, you really can't say now that after a 5 you won't be hit by a 6 soon afterwards. Hopefully that doesn't happen tonight, otherwise it's going to be quite a long long night! 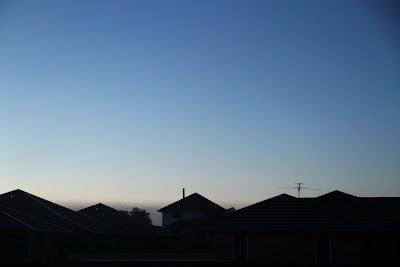