It's been quite a while since I've been out to New Brighton (one of the few beach suburbs around here). In fact, probably, the first time since after the Feb quake last year. New Brighton lies on the east coast, facing straight off into the Pacific Ocean. The weather has been really nice over Easter this year - a warm 22 deg Celcius today, which is not too bad for the middle of autumn. 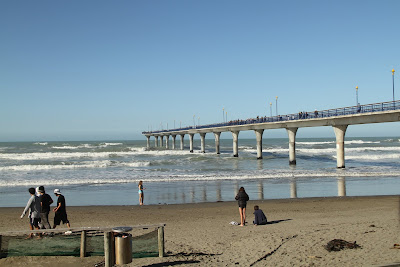 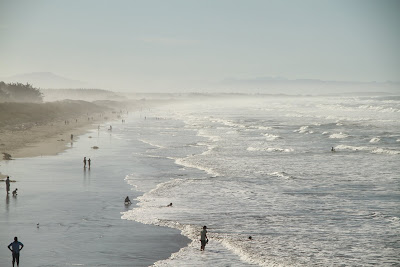 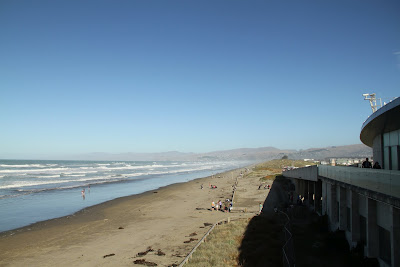 Although the roads in the areas leading up to Brighton were quite battered from the quakes (it's easy to see why these were "red zoned"), the New Brighton mall/library/pier area was relatively unscathed. In fact, they were even holding a bit of a carnival thingy for Easter, as can be seen below. 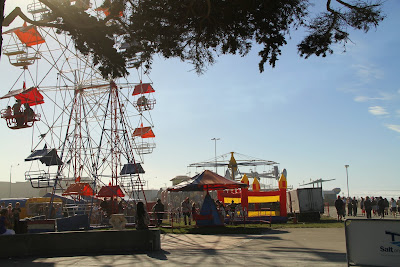 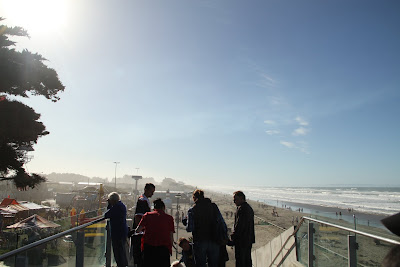 When we got there this afternoon, it seemed to be approaching high tide. The waves today were particularly large and strong. Standing on the pier, you'd occasionally feel a gentle shudder as some of the stronger waves came crashing in. Other times, you'd see the sea around you churn with a thick and heavy swell... 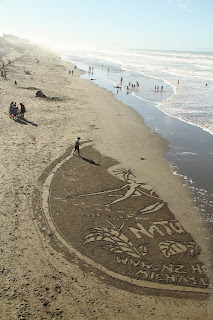 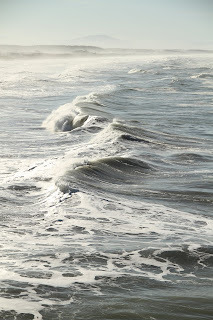 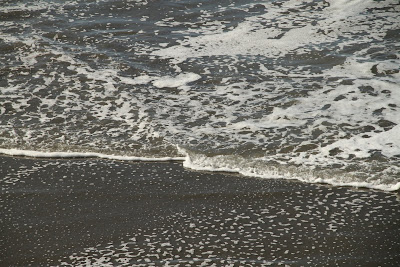 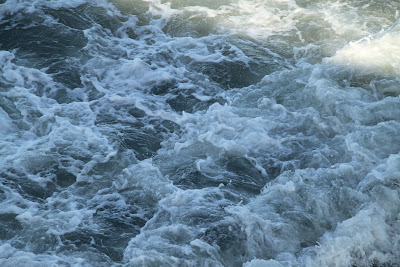 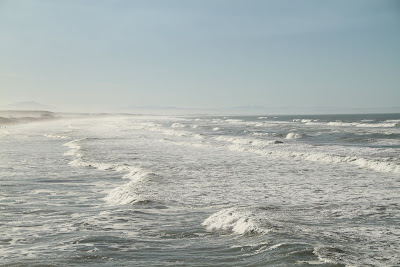 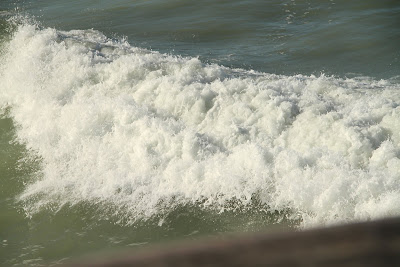 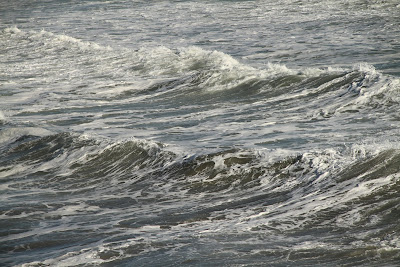 I always find it quite relaxing going out for a walk beside the roaring tides. There's just something about the regular ebb and flow of the waves, crashing into the shore with an almighty fury and hissing as it makes a hasty retreat. It's perhaps a bit of a pity that I only get around to doing this once every few months though. (Unfortunately, I didn't have enough card-space to get a decent clip of some of the more violent waves coming in. Next time!) 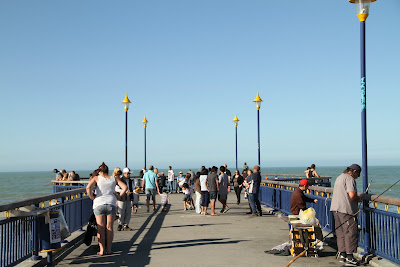 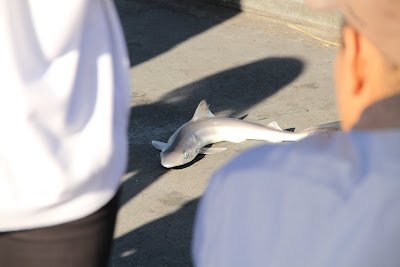 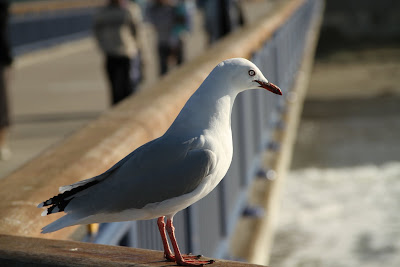 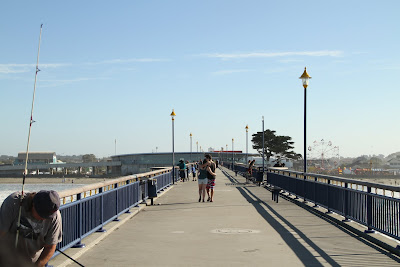 While out on the pier, one of the fishermen doing some recreational fishing (or was it? ;), one of them caught that little shark, drawing a small crowd of onlookers and cameras. It was quite a feisty little fella, with tomato-red innards on show to the world as it thrashed and chomped on the ground.

The seagulls were out in force as well, jostling for position on the handrails, but also on top of the library. 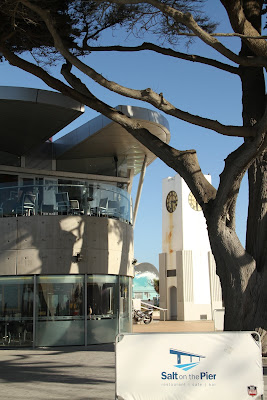 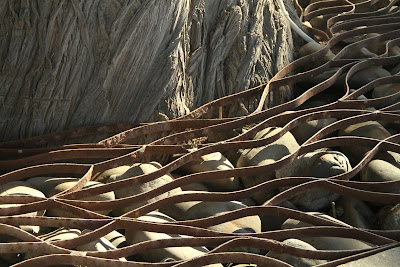 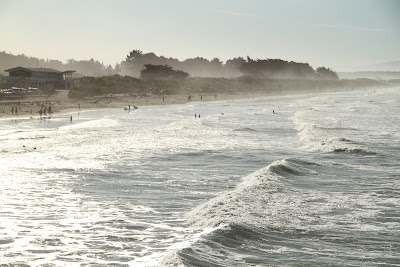 Posted by Aligorith at 1:09 AM