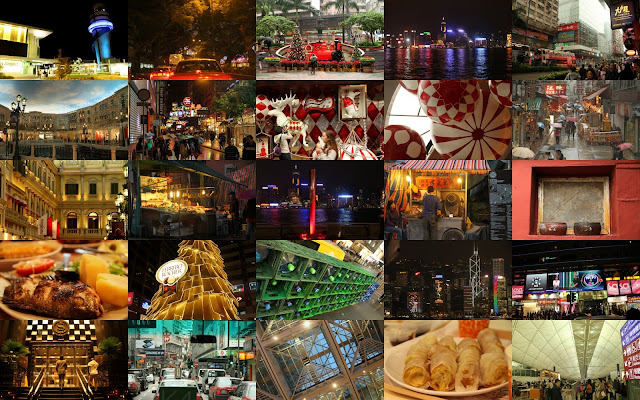 Next time I'll probably aim to be a bit less ambitious about such writeups, since this ended up taking way longer than I originally intended (to think that it would've been done in just 1 week...). Anyways, given that it was practically the first trip I'd taken since getting my camera, I ended up being quite triggy-happy - it was always something I'd ended up regretted in the past where it turns out that I'd hardly taken nearly as many shots as I really wanted to, of things that I'd wanted to capture.


In any case, here are a few little milestones/stats that I thought may be interesting:
* After fully recharging the battery on Monday night (i.e. since I knew there'd be a full day in Macau the next day, and I didn't want to risk having a flat battery halfway through that, with a high chance of not finding any way to charge/obtain a replacement), the battery life lasted all the way till I was back at home (early Saturday morning) on that single charge. It probably got down to between 2 and 5% battery life remaining by that stage.

* Even more impressive though is that from that one charge, I managed to squeeze some 933 shots out of it during that period. To put that in perspective, the rated performance for a full charge is around 700 shots IIRC, and I was usually averaging about 600 shots in normal usage at home (complete with frequent browsing through the card to check on past shots or rather to delete some to free up space, disk transfers, occasional live view or video sessions - which apparently really zap the battery life, decreasing it down to about 200 shots total). During this time, a few of these "shots" were actually video files, two or three of which lasted over a minute (e.g. such as the landing back in Christchurch, which was about 1:30 to 2 mins long).

Since some of these have come out at various times, long after the original sets of posts, here is a list of all the posts, in chronological order (as they were meant to be read):
---

Also, I've now made the photo albums that these photos were uploaded to publically visible, now that the full series is now online.
Posted by Aligorith at 3:09 AM