I've just committed an initial version of support for drawing filled strokes to the GPencil_FillStrokes branch on git.blender.org (NOTE: I accidentally pushed that branch to gbo in a bit of a sleepy haze, forgetting that it wasn't set to default to using the GitHub repo instead). No harm done though, since it'll all end up in master eventually ;) 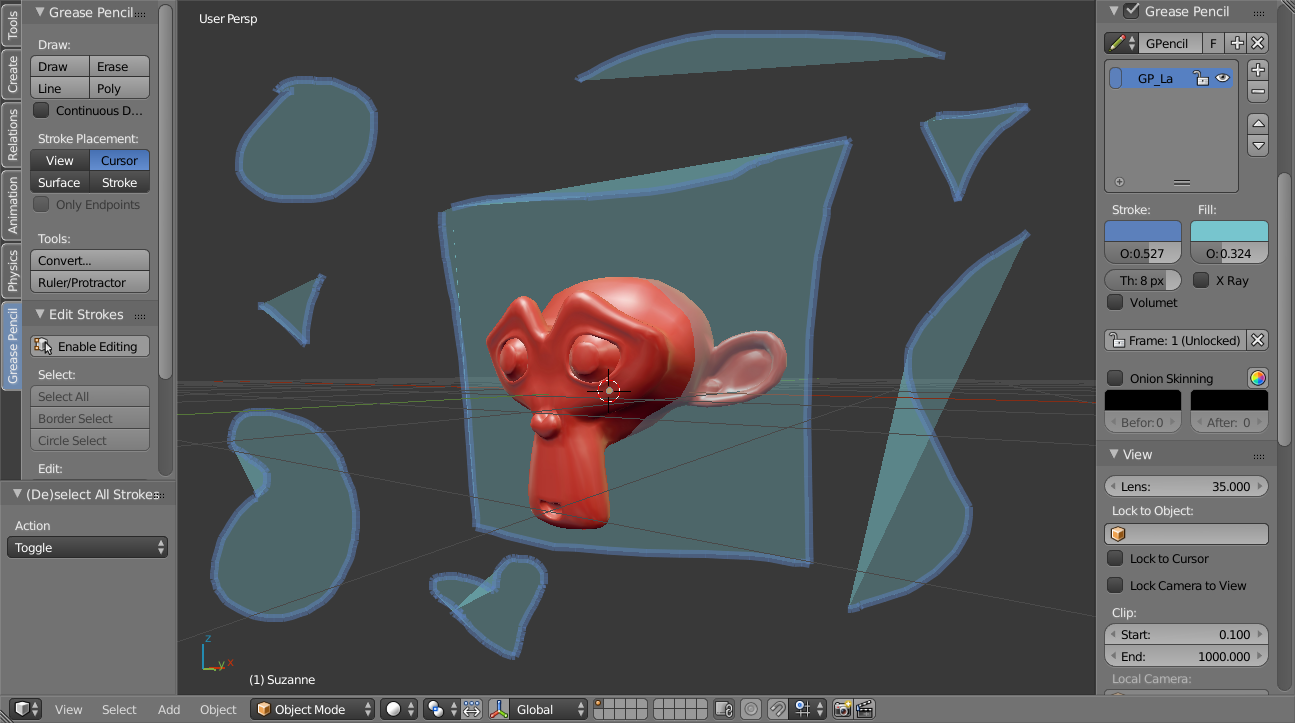 It's still an initial implementation which just uses the native OpenGL "polygon" drawing mode, with the associated problems when trying to draw concave shapes (i.e. the cause of those overlap artifacts). But, for most cases where fills are required, this hopefully shouldn't be too much of an issue... Next up, checking if the Blender scanfill code can do a better job and for realtime usage :)
Posted by Aligorith at 1:59 AM