Yay! The silvereyes are here

For the past few days, I've been hearing the distinctive metallic chirping of some baby silvereyes crying near a tree in our garden, but couldn't figure out where exactly the nest was. This afternoon, I finally saw it: a really small, compact little messy cup, adorned with heaps of leaves from the tree, and rather well hidden high up on a flimsy side-branch of a side branch of the lychee tree. Woohoo! 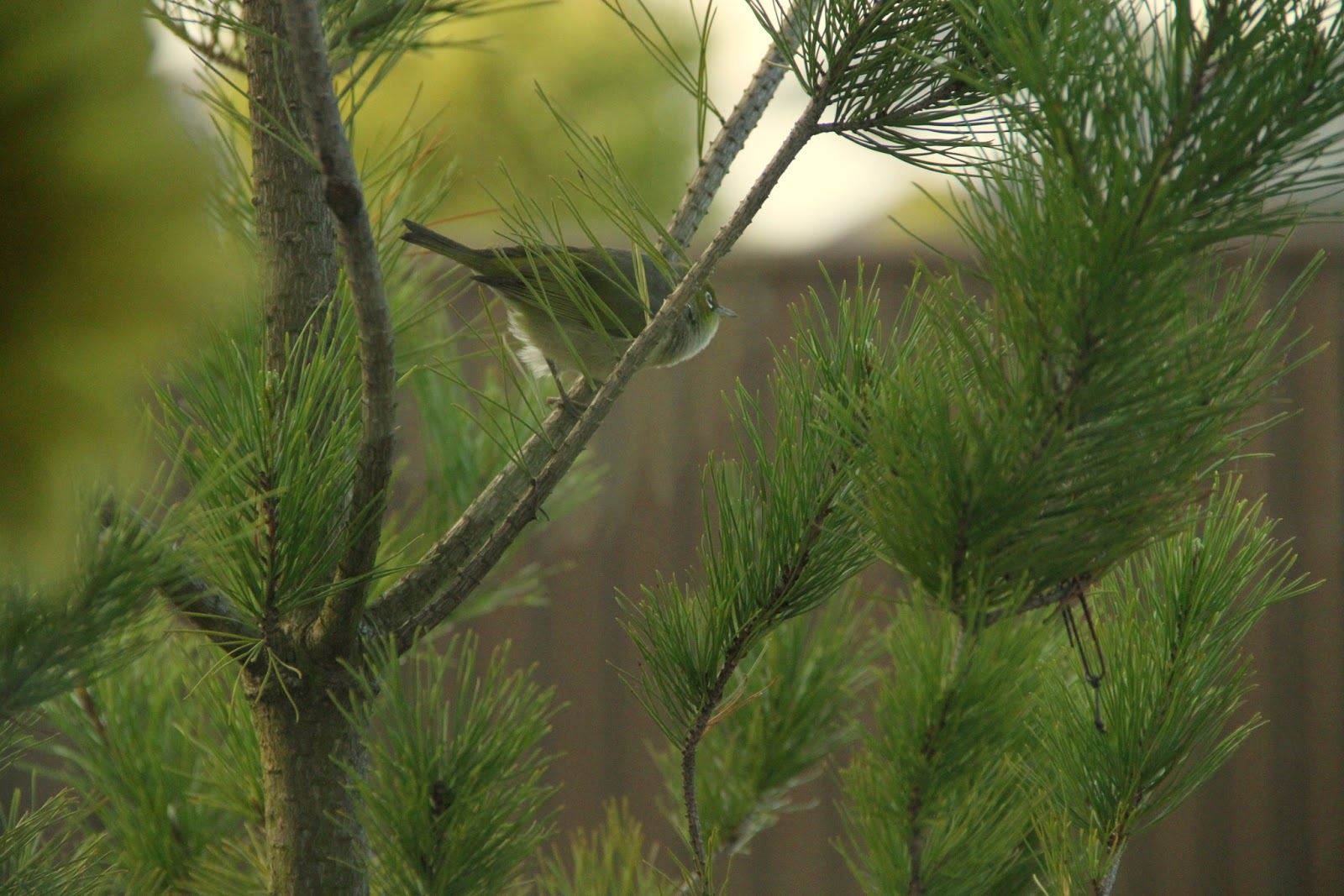 A silvereye briefly resting on my pine tree - After so many years, they finally consider it a tree! Yay!


They must've learned the lessons from last time they tried to build a nest in that tree, as this nest was really really hard to see, and much much harder for us to get close to by standing on a ladder! 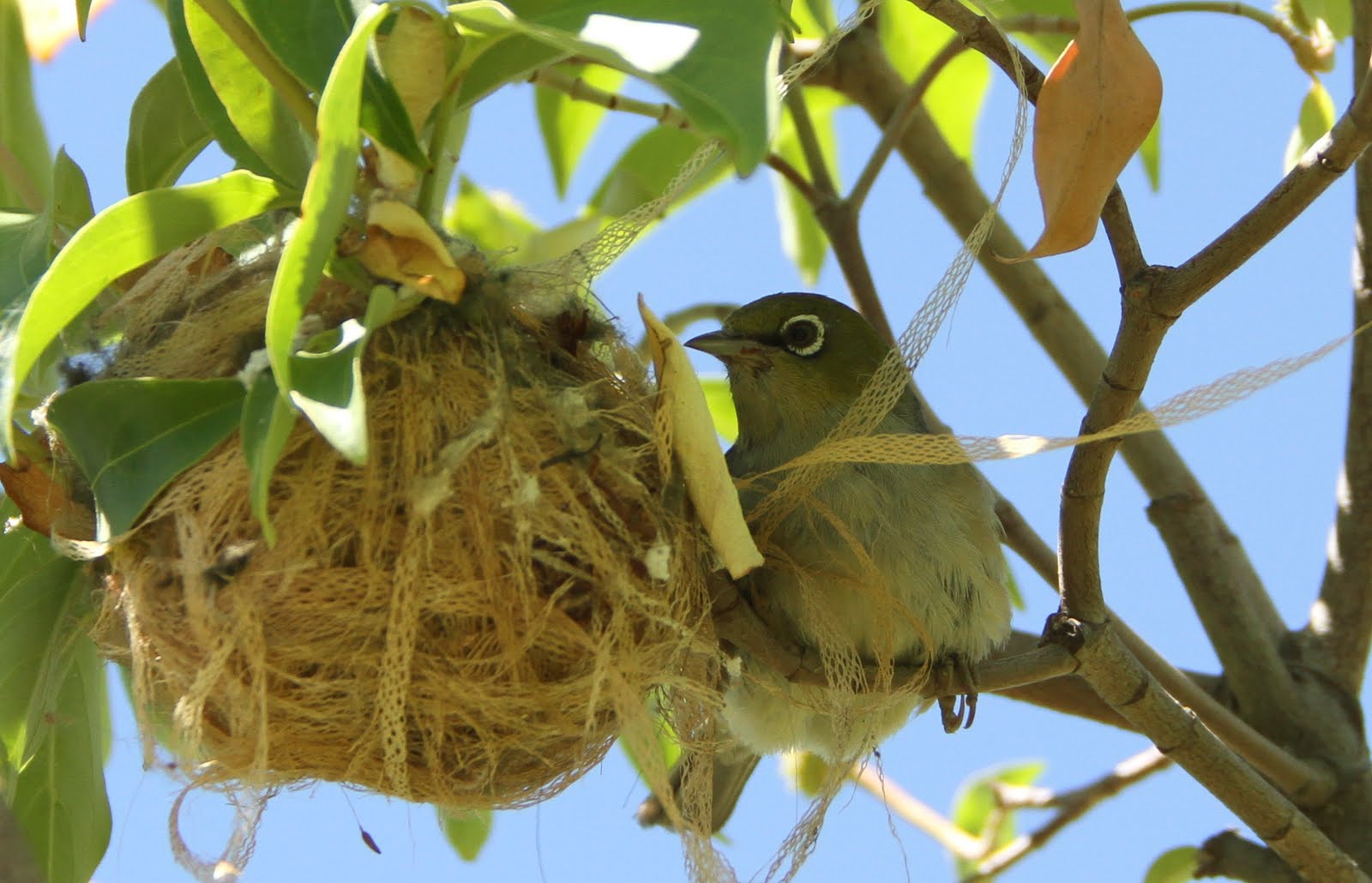 The last time they built a nest in our garden, in the same tree was 2 years ago. That time, it was "only" about 2.5m off the ground and directly above the lawn, making it quite easy for me to just hop up on a ladder and take shots like this! The nest this year isn't quite so pretty, as the tree that they used last time has long died and been cleared away.


What gave them away this time was that I happened to be standing near the tree, when the parents "changed guard". Suddenly, there was one silvereye shooting out, followed by some excited babies, and some shaking branches, and a brief flicker of a head or a tail. Bingo! I could finally see the nest, though only from one angle - a real testament to how well concealed it was this time.

I stood around for a few minutes watching the nest, and the comings and goings of the parents. They'd almost always land on the far side of the tree, then snake their way up the tree - zig-zagging up and through the branches (in the same way they demonstrate daily on my pine tree). One time, one of the parents brought along a large, juicy chunk of some yummy-looking bright red fruit. It looked a bit like half of a glazed cherry. I wonder where the got it from?

By choosing to build a nest in our garden, they surely made a great choice! For starters, the bottlebrush has started flowering earlier this week (even if only a single flower head at the moment) - a whole 2-3 weeks earlier than usual! 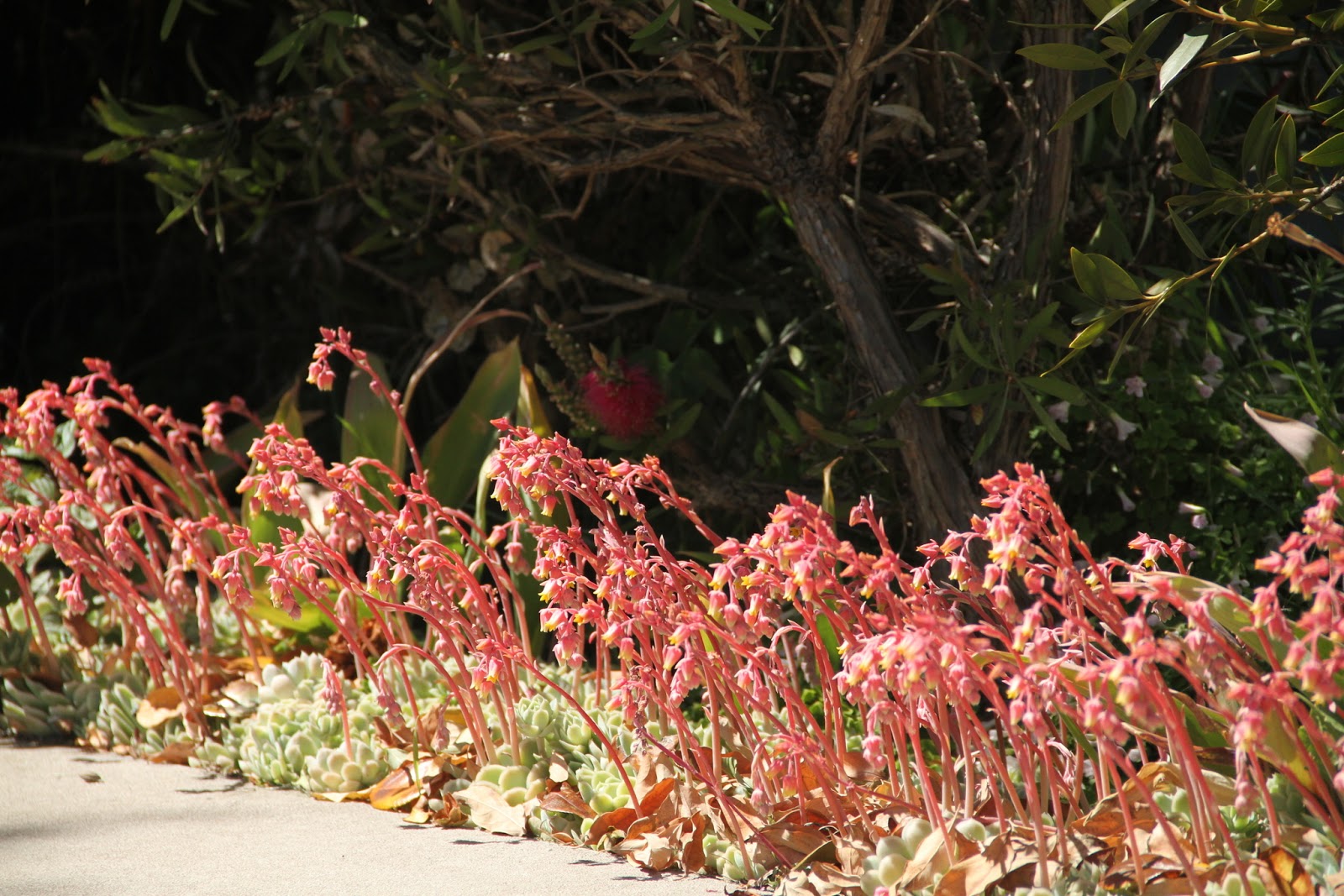 Along with that lone bottlebrush flower, there are also the rock roses, which are in full bloom right now (as above). I was surprised to learn last year that in fact, the silvereyes do like fasting on the rock rose flowers too, and that they are actually able to comfortably stand on these stalks and calmly guzzle the nectar from the upside down flowers. (I'm still trying to get a shot of that though! I got close yesterday, when I spotted one merrily hopping around on these flowers for a few minutes before I rushed inside to grab my camera; by the time I was back, there wasn't a bird to be seen for miles! Some days, I suspect they can almost smell me and my camera from miles away! :/)

The rest of the year is also quite good: There is the bottlebrush in November to early December, followed by the cherries in the neighbouring tree (though I'm looking at some options for a successor for that in case the braindead morons and their scroogish landlord manage to kill off yet more trees there) in December, the Southern Rata in January, and the lychee tree from March-June. Of course, there are still many gaps between all those, though it's nothing some leftover multigrain bread and nectar can't solve ;)
Posted by Aligorith at 5:11 PM