The weather over the first half of the weekend was really nice, that it would be a shame if I didn't try to take advantage of it and take some more photos. However, since the silvereyes have still not showed up in my garden within lens-range as the bottlebrush is still not totally flowering yet, and I was sick of seeing or shooting the blackbirds which have begun to rule our garden, it was time to take some more duck (and specifically duckling) photos! 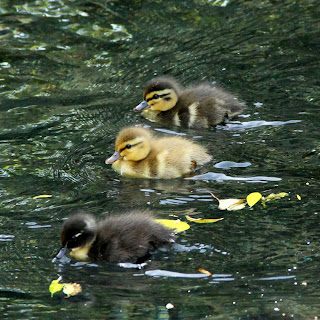 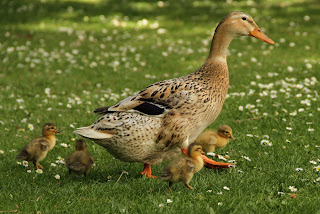 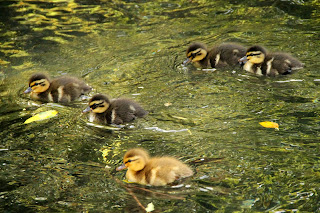 A story of a little duckling scared of hopping in the water... 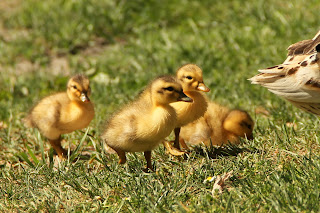 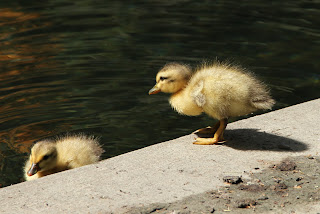 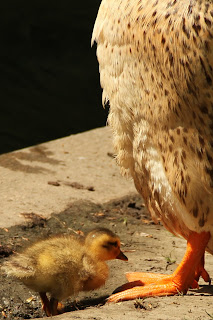 There there... it wasn't that bad now, wasn't it
Actually, these are just taken (out of order) from a series of shots I took while sitting on the riverbank in the sun, as close as I could get to the ducks without scaring them.

I also got a few shots of some adult ducks that I did as warmups, which also turned out quite well I think. 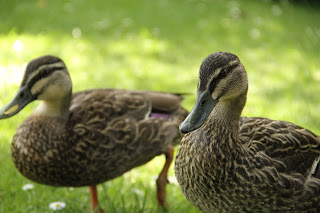 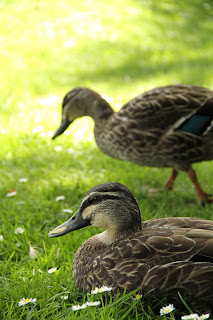 What a difference it makes when you can get close to them (or rather, they come to you). Also, while I struggled with choosing the right white-balance for the rest of the shots (Auto-WB tends to look a bit too blue in general for my taste, but it's challenging when moving from bright mid-afternoon sun to shady areas frequently), "Shade" worked really nicely here...
Posted by Aligorith at 1:00 AM